The Brimstone is widely distributed and is usually found in scrubby woodland and hedgerows. It is highly nomadic, often seen far from its breeding grounds and in urban habitats.

The male Brimstone is sulphur yellow and the female is pale lemon or greenish-yellow, which can cause it to be confused with the Large White at a distance, but the Brimstone has no black on its wings.

It is a long-lived, single-brooded butterfly which first appears after hibernation in March or earlier. It continues to fly until late June/early July, with the second generation appearing in late July, until it enters hibernation during the autumn/winter. 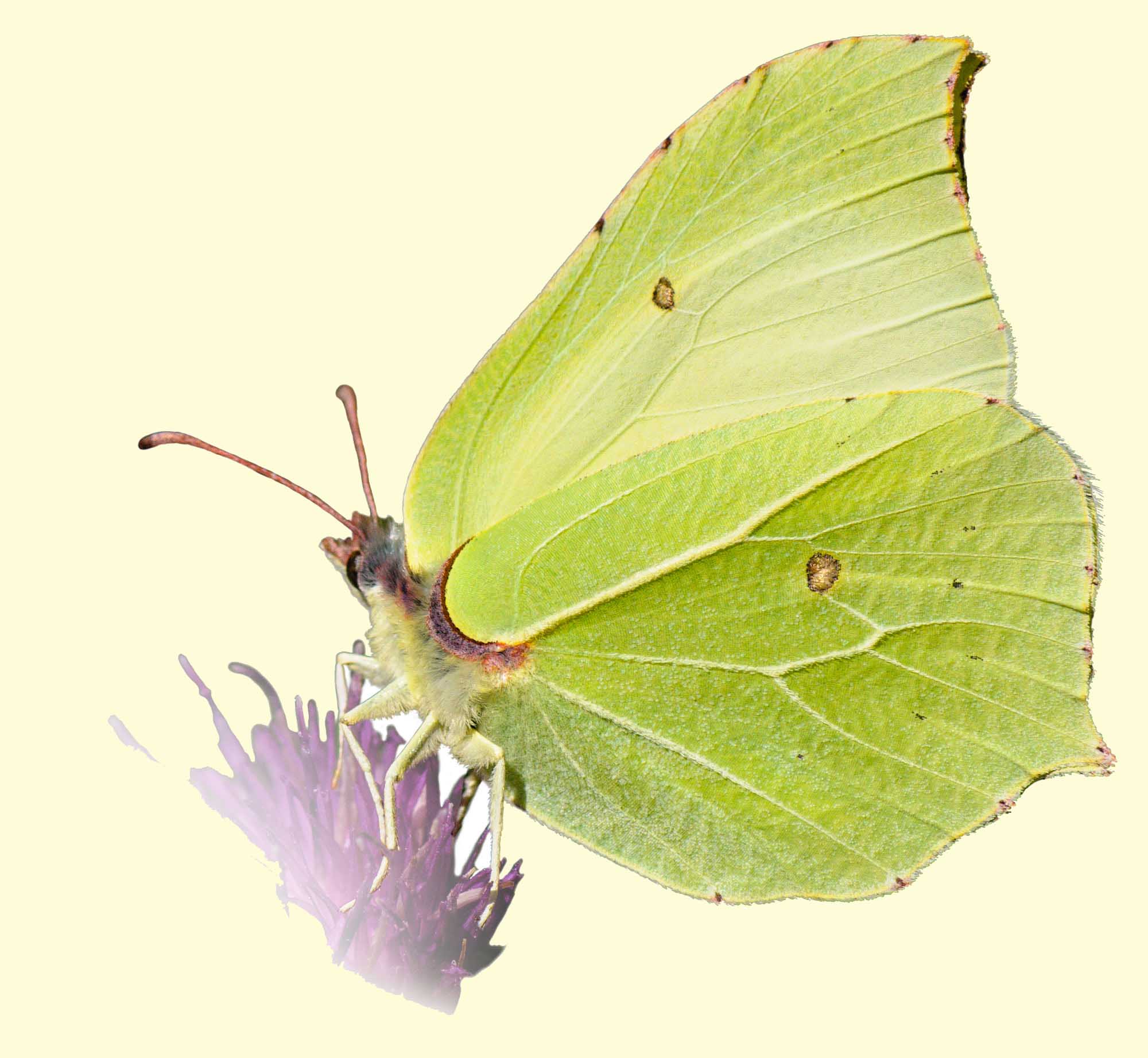 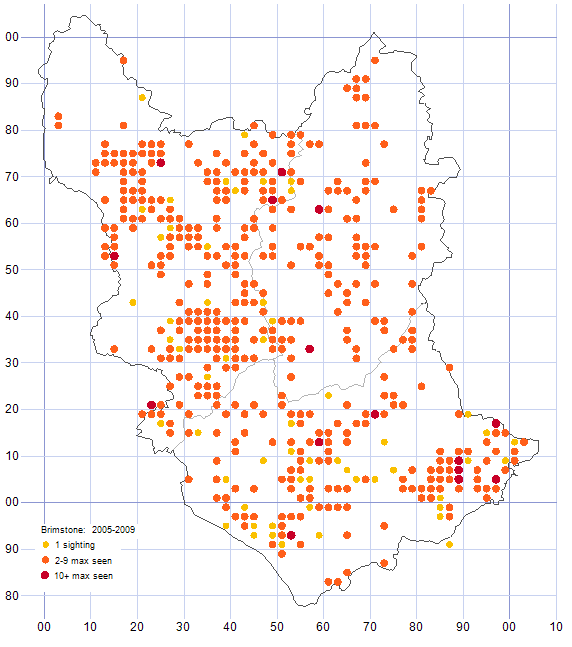 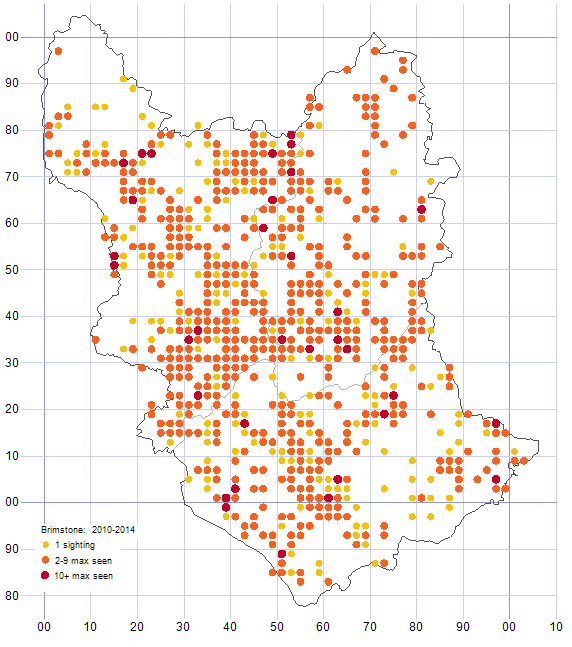 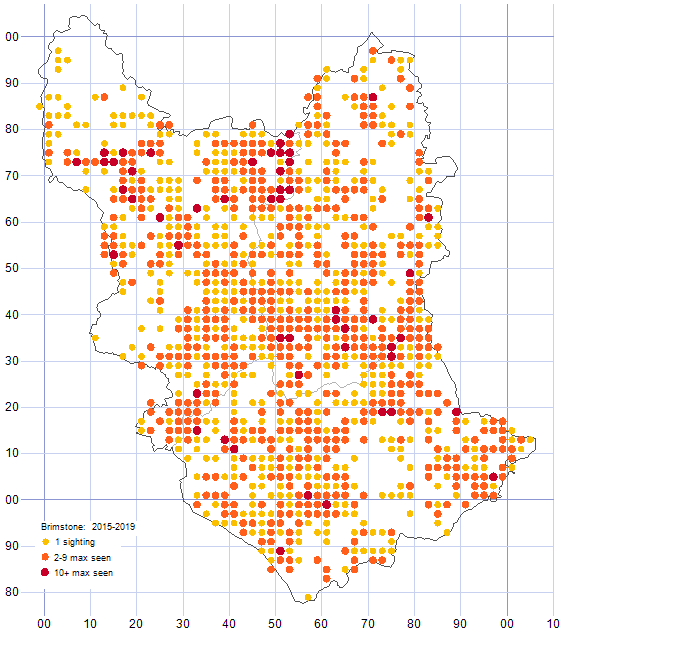 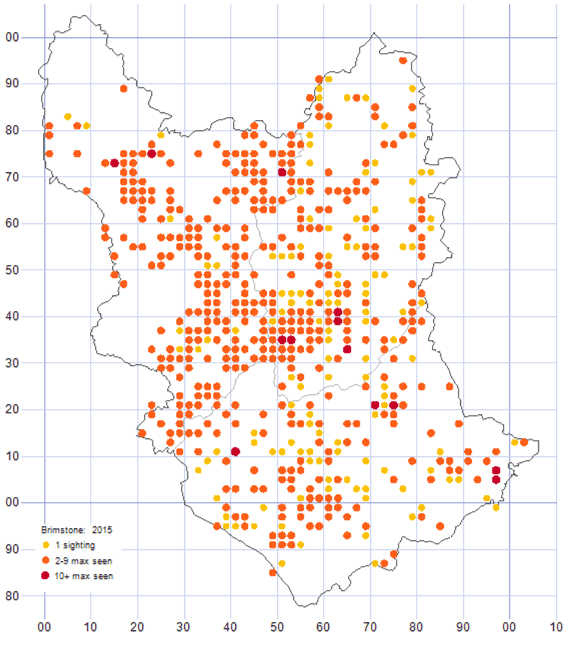 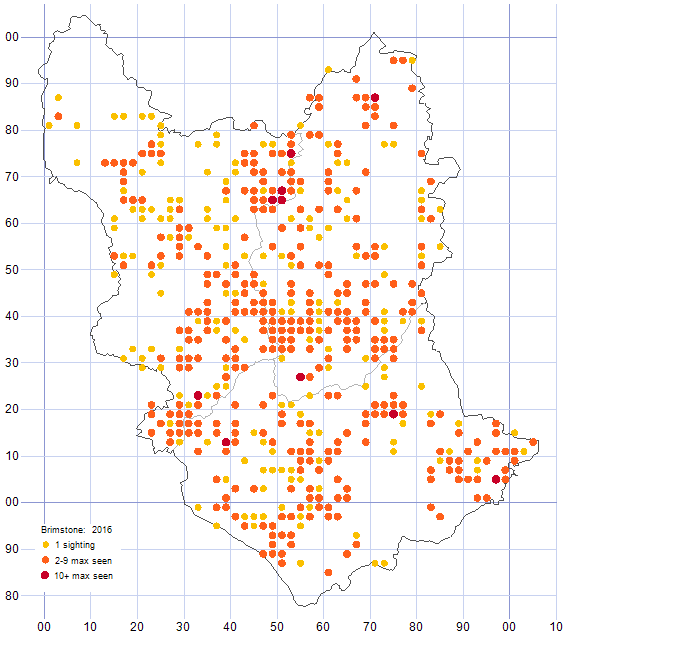 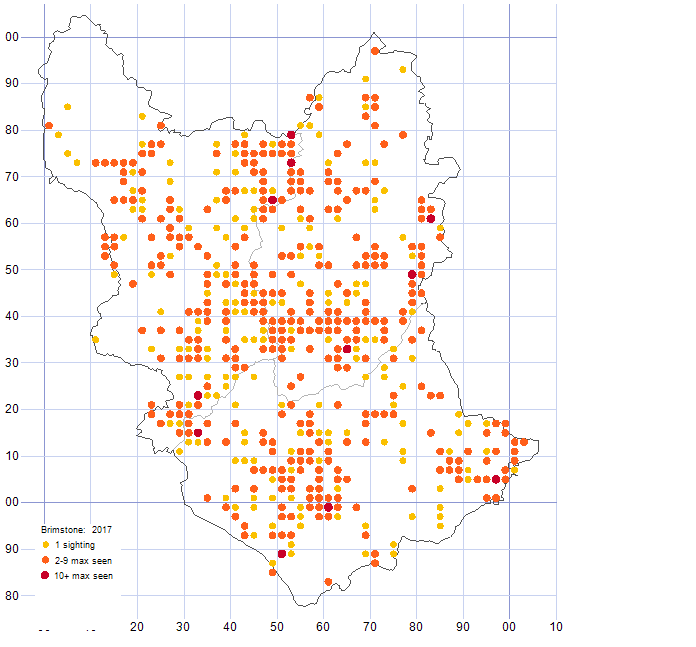 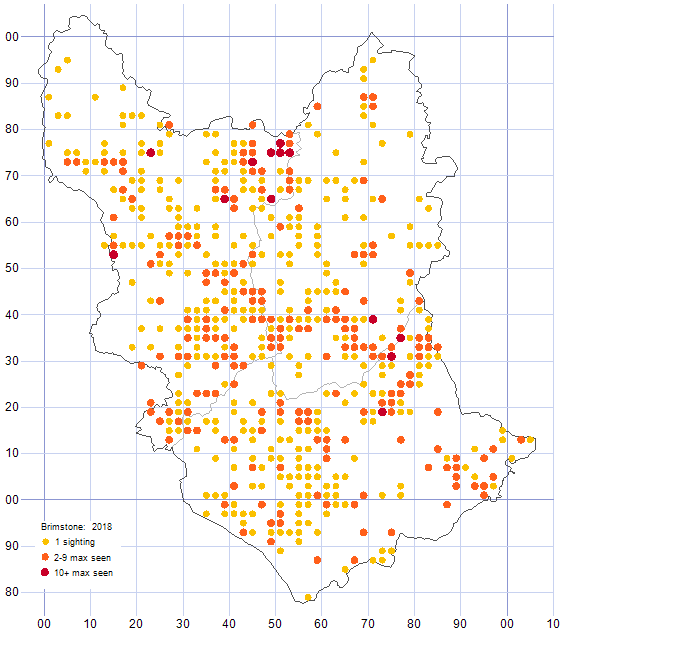 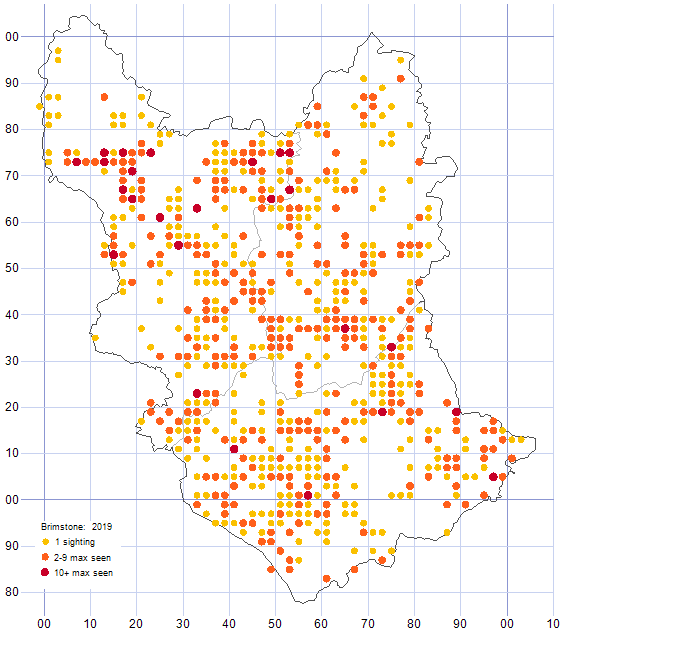 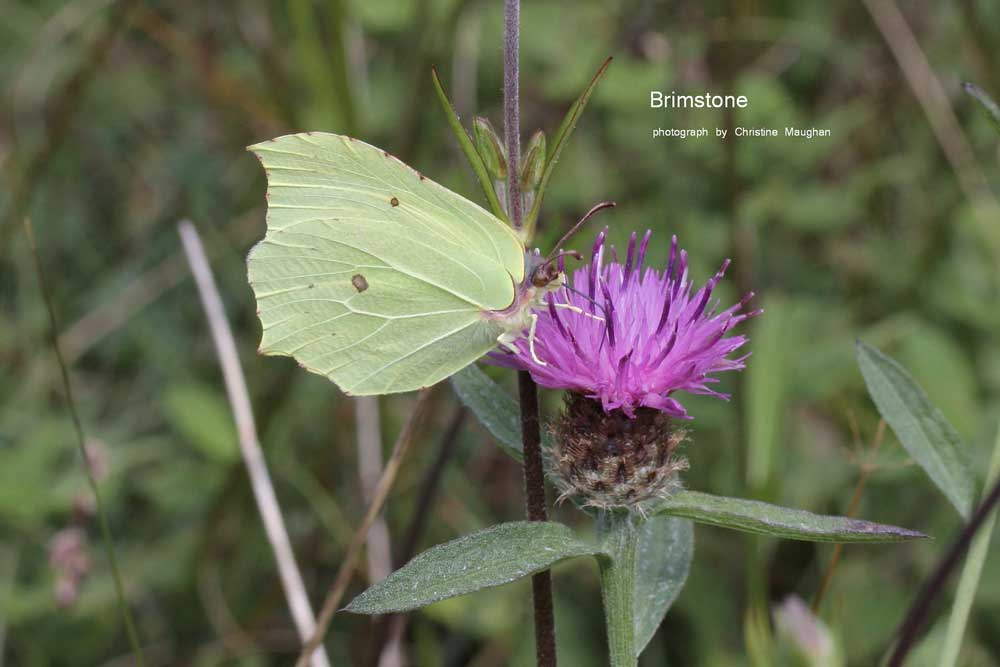 The pale "Helice" form of the Clouded Yellow could be confused with a Brimstone. All forms of Clouded Yellow and Brimstone rest with their wings closed, hiding the bold black margins. The key differences being the shape of the rear edge of the wings and the shade of yellow, Brimstone having a slightly greenish tint, particularly the females.

The rich golden yellow of the Clouded Yellow and bold black margins on the upper sides make it unlike any other British butterfly.