The Brown Argus was traditionally associated with calcareous grasslands, and the loss of this habitat to agricultural improvement in southern and central England led to the butterfly's rapid decline until the 1990s when it began a dramatic expansion of its range, particularly in the north and east. It has colonised roadside verges, disused railway lines and rough land created by set-aside. It is also found in coastal dunes and heathland.

The Brown Argus is brown with prominent orange spots on the upper wings which extend to the wing tips on females. It can be confused with a number of other butterflies: it resembles the female Common Blue, but is noticeably smaller and lacks all traces of blue near the base of the wings. The undersides differ in that the Brown Argus has almost vertical twin spots on the top edge of the hindwing, and has no cell spot on the forewing. It can also be confused with female Chalkhill Blue and Adonis Blue, but they are both much larger. It has a characteristic silvery appearance in flight.

Throughout most of its range it is double brooded, flying from early May to the end of June and mid-July to mid-September, but in Derbyshire it is usually single brooded and on the wing during June and July.

Eggs are laid singly on the under-surface leaves of Common Rock-rose on calcareous soils, elsewhere it favours Common Stork's-bill and various crane's-bills. 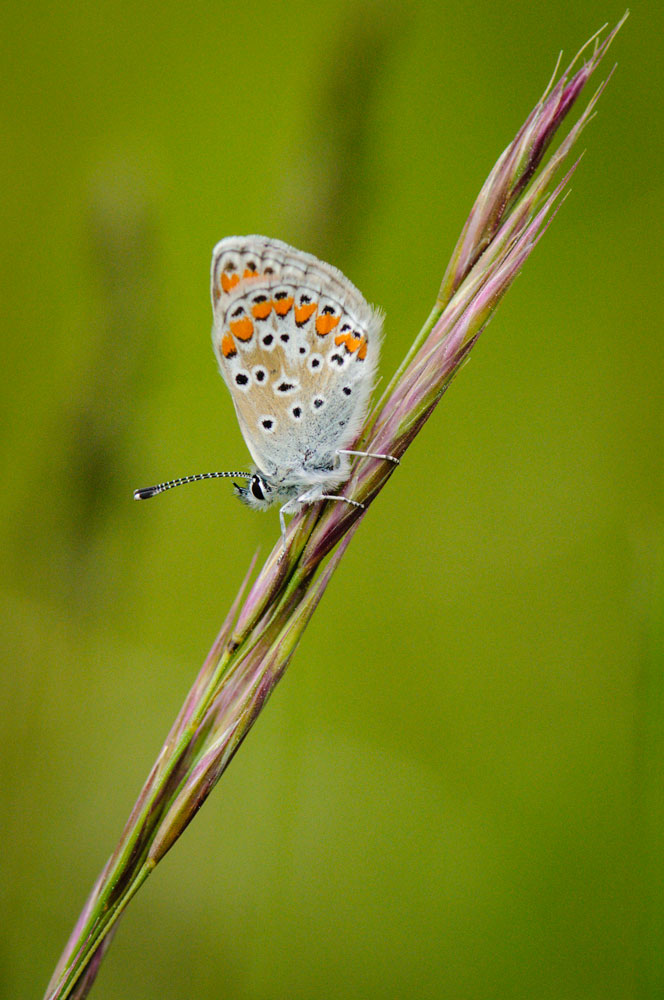 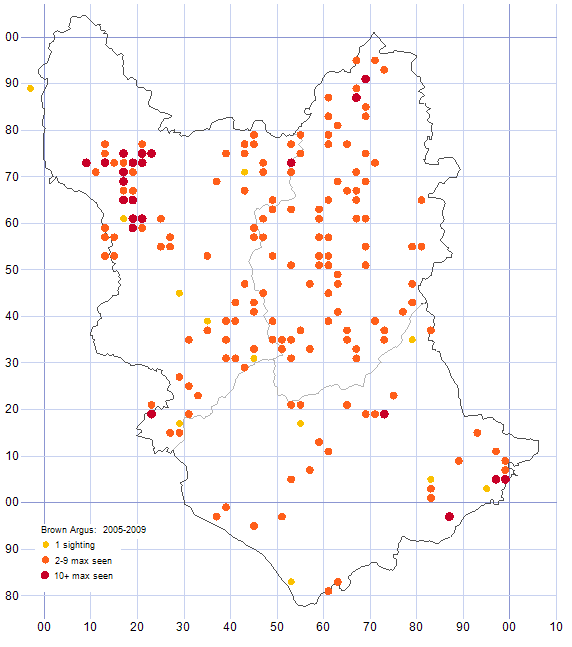 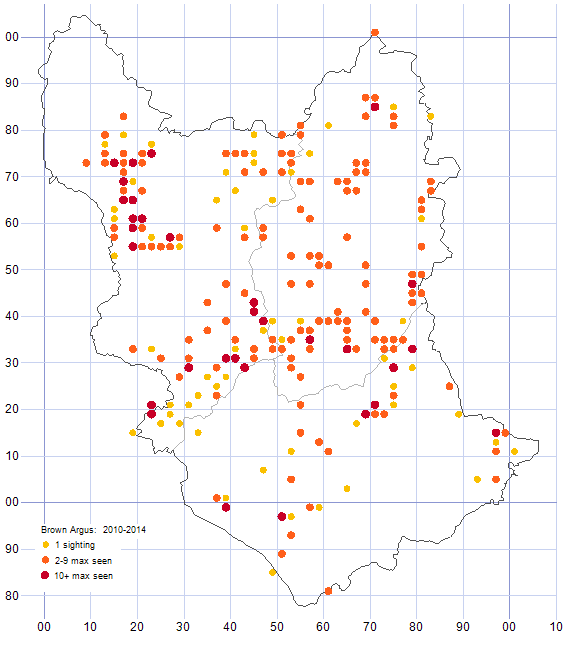 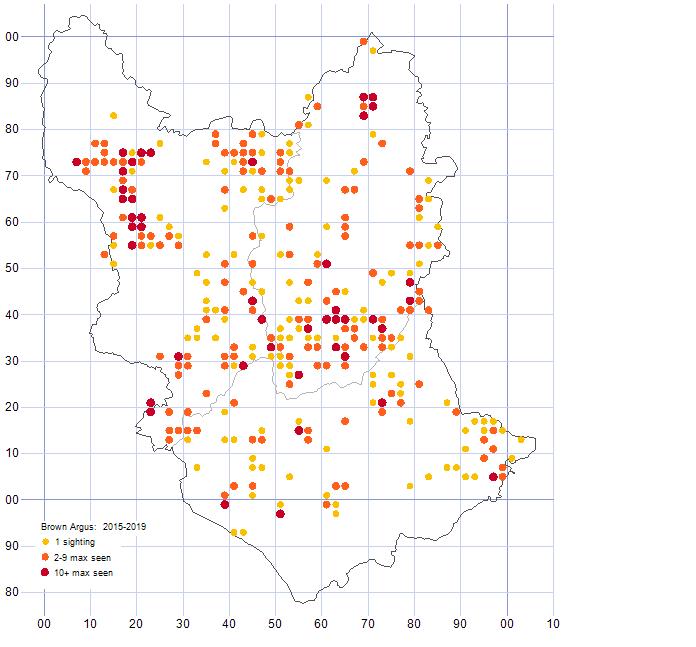 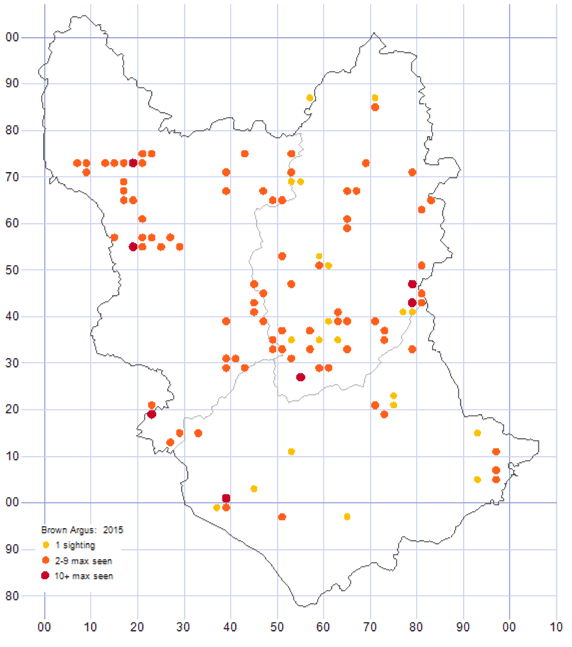 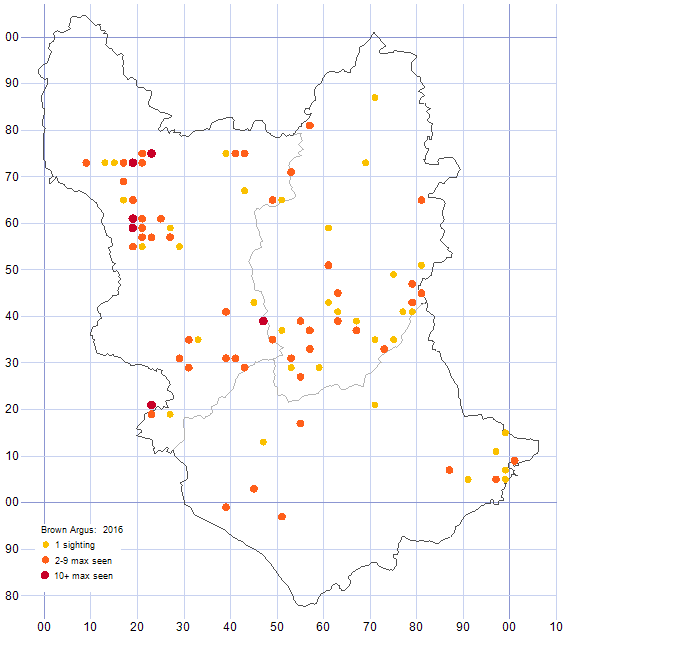 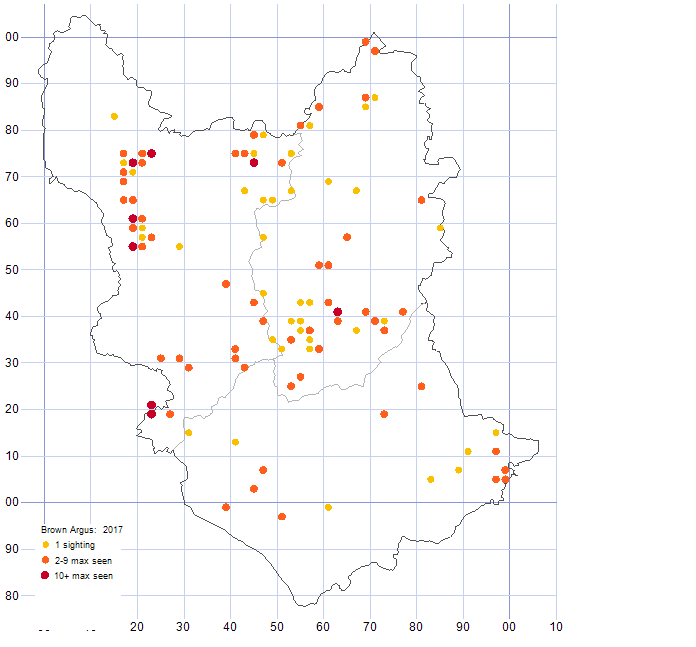 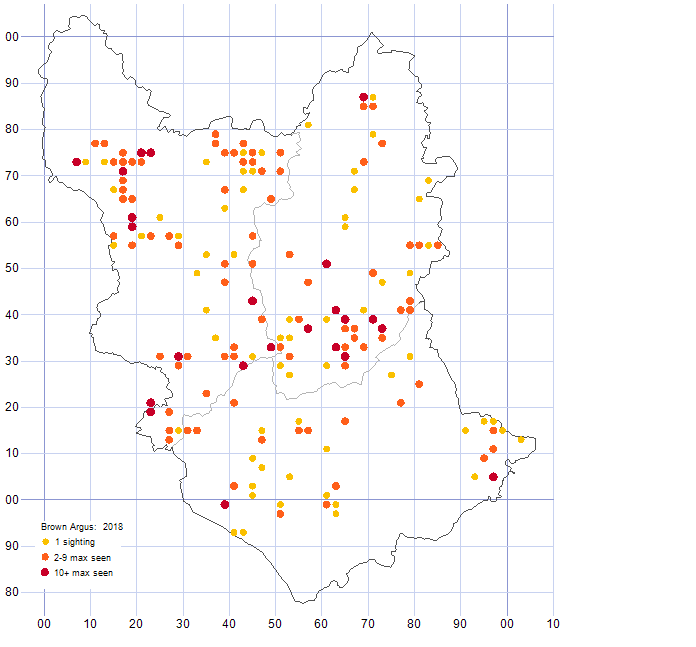 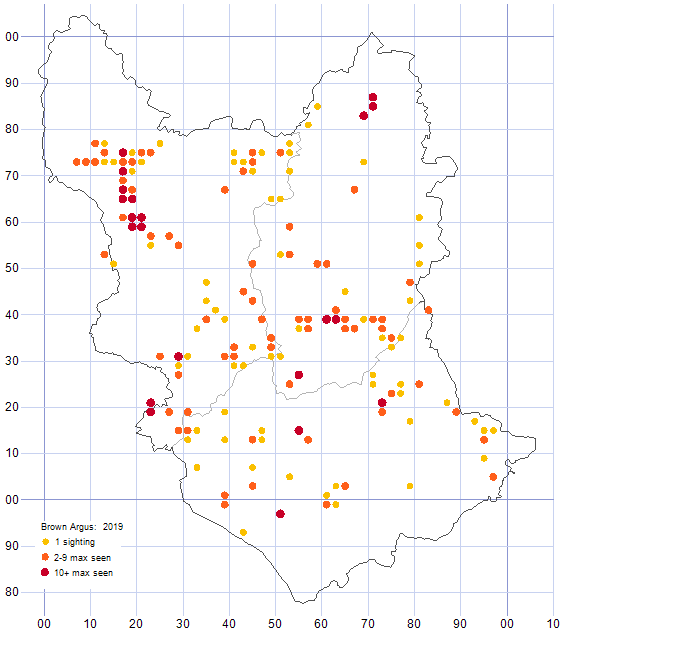 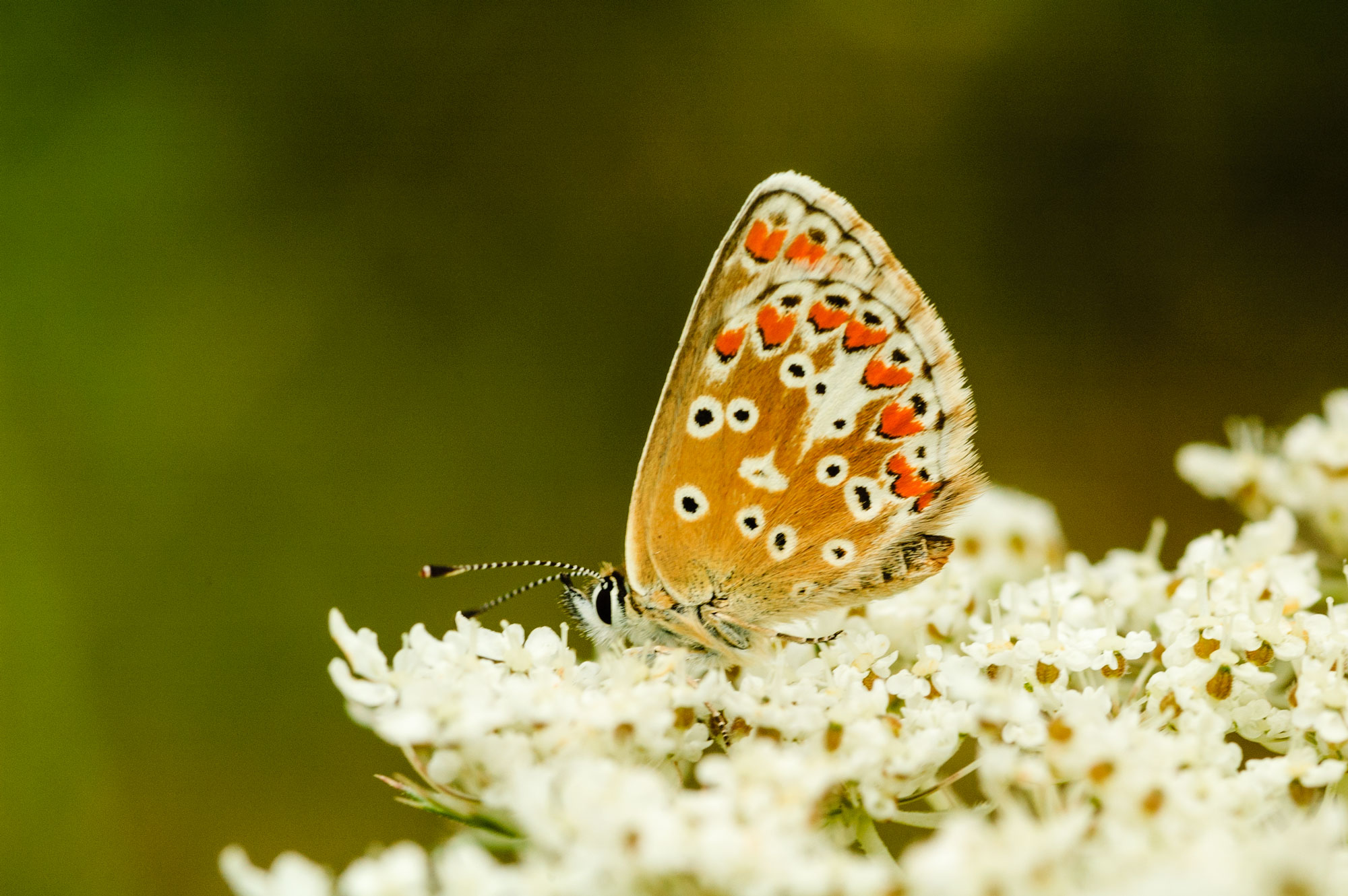 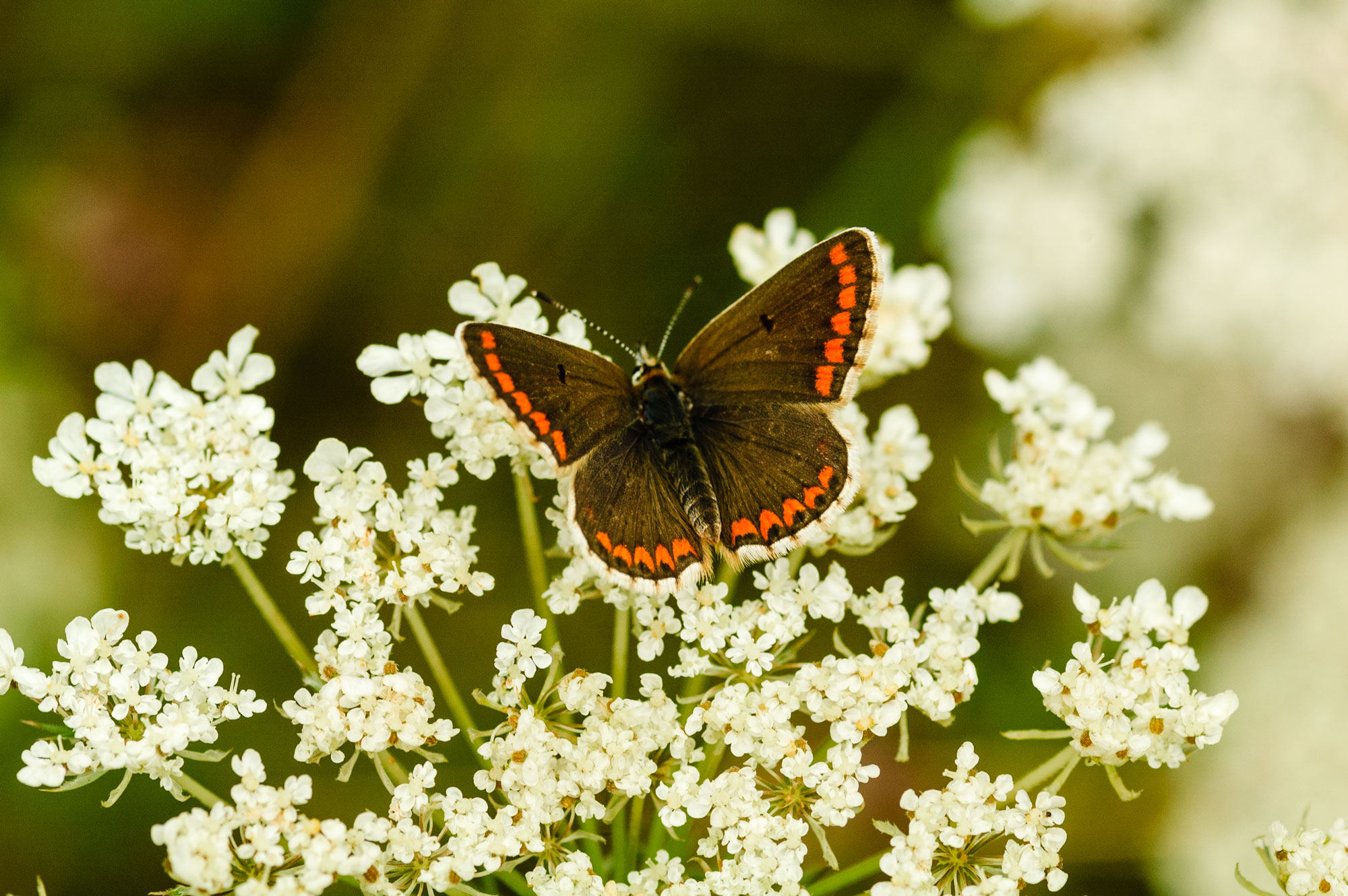 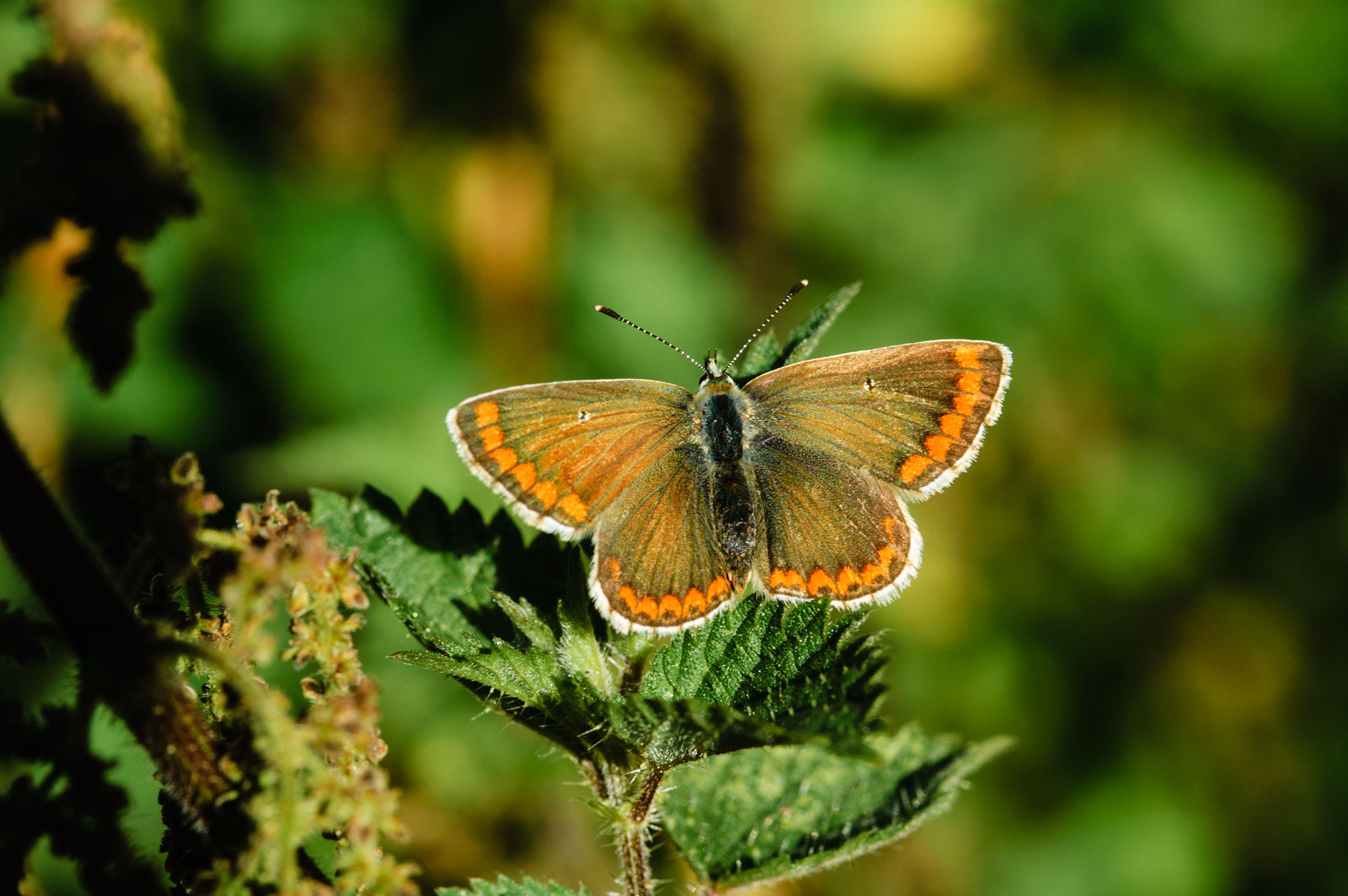 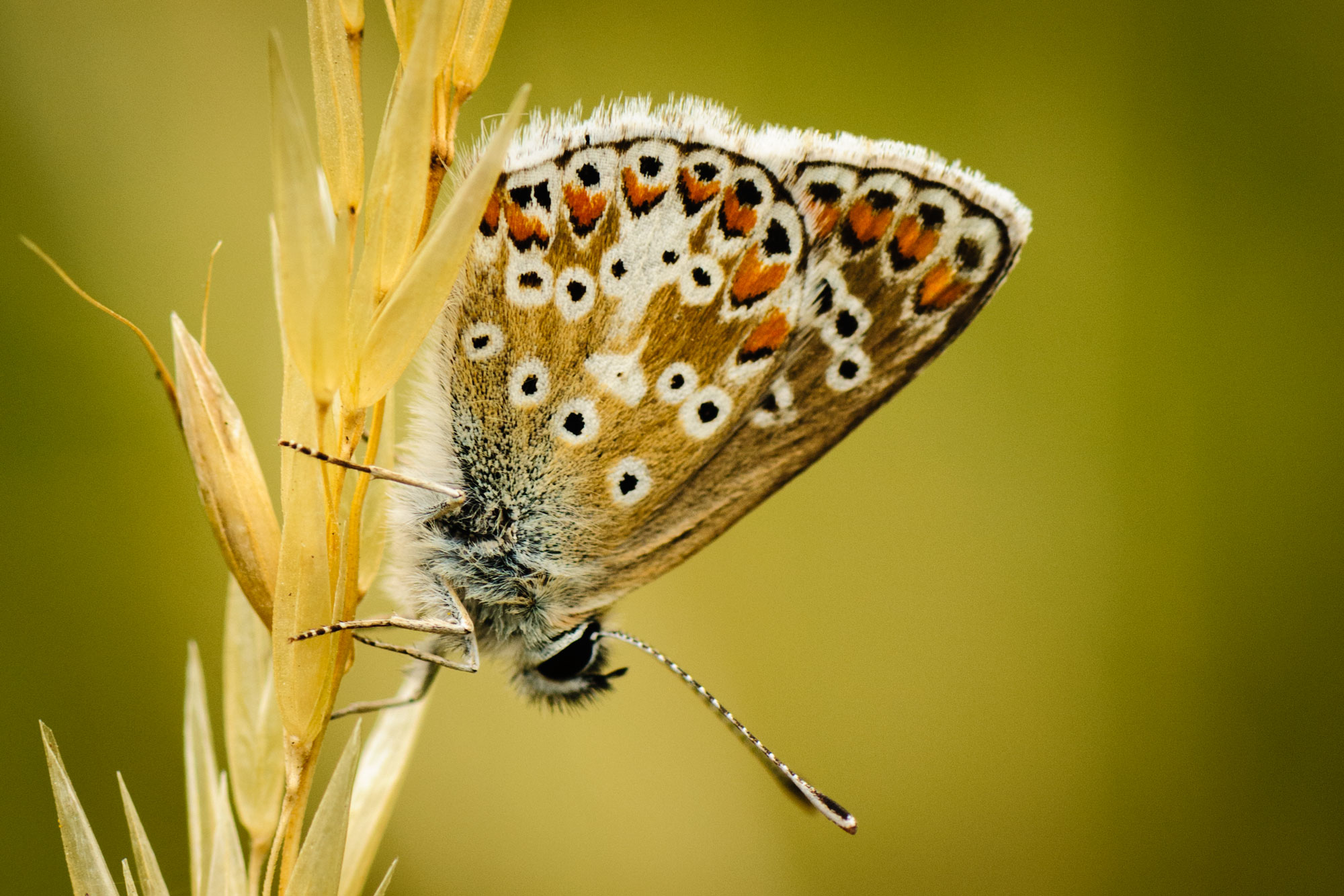