It is found in hedgerows and woodland edges, mainly in southern and western Britain, and has declined in many areas, especially the east of the country. Although previously recorded in Nottinghamshire, there have been no reported sightings in the East Midlands region since 2005.

Both sexes have the same golden orange underwings with striking black and white cross-lines, but males lack the bright orange patches which are conspicuous on the upper forewings of the females.

Brown Hairstreaks are single brooded and fly late in the year from late July to mid-September.

Eggs are laid on Blackthorn.

Reported from two squares in 2005 but none since. 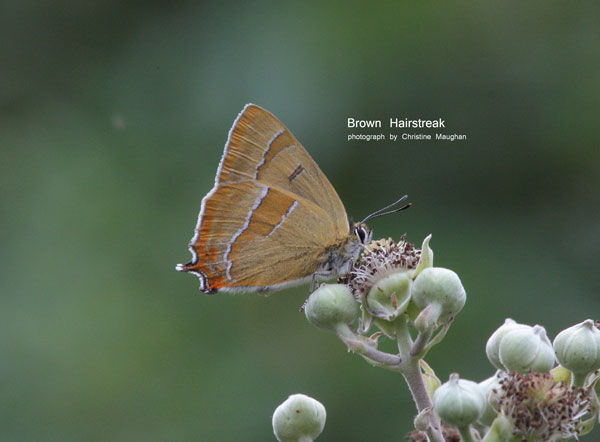 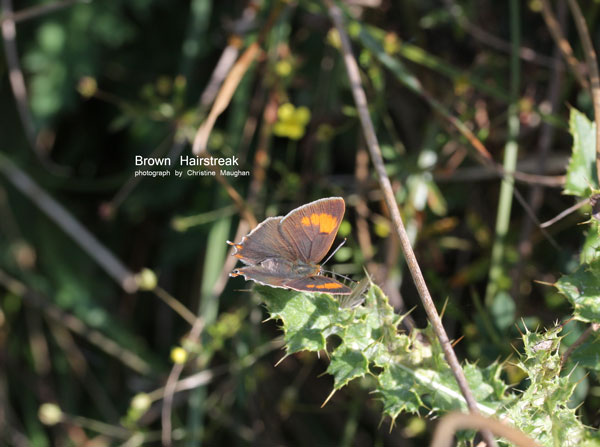