A sporadic migrant with most sightings in eastern England and Scotland; migrants probably originate from Scandinavia.

A large, striking and unmistakable butterfly with a distinctive white border to the wings.

Mostly seen in late summer, especially from early August with a few in early spring (which may have overwintered). Its appearance is sporadic - a few in most years with occasional larger influxes. 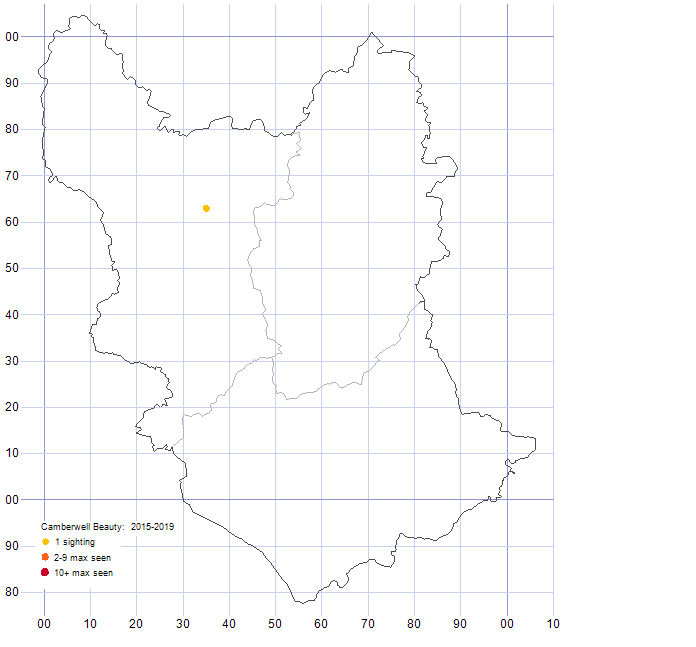 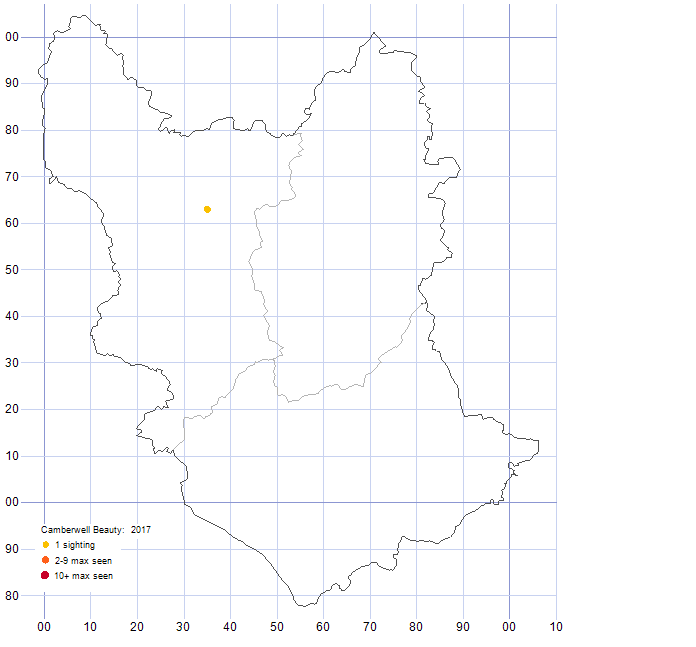 (These images of Camberwell Beauty were taken by Christine in the USA - if you have usable photos of the Derbyshire (or British) individual, please email them to Neil Pinder - address below.)