The Comma is a common and widespread resident throughout England & Wales. It favours open woodland and woodland edges, and the second brood are often seen in gardens.

The Comma has a unique ragged outline, and gets its name from the distinctive white comma mark on the underwing.

The Comma hibernates as an adult and usually emerges in March. These butterflies produce a brood which either develops quickly and flies in June/July, or develop more slowly emerging in late July/early August. The adults which emerge in June/July then produce a second brood which flies in late August/September.

Eggs are laid singly on Hop or Common Nettle leaves. 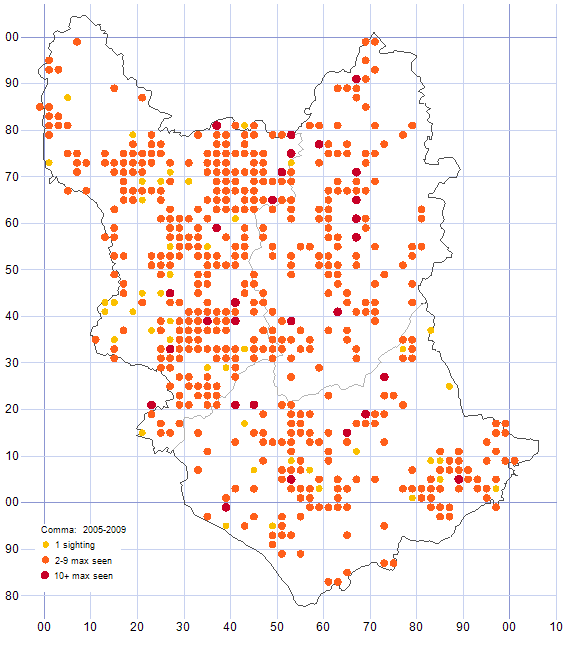 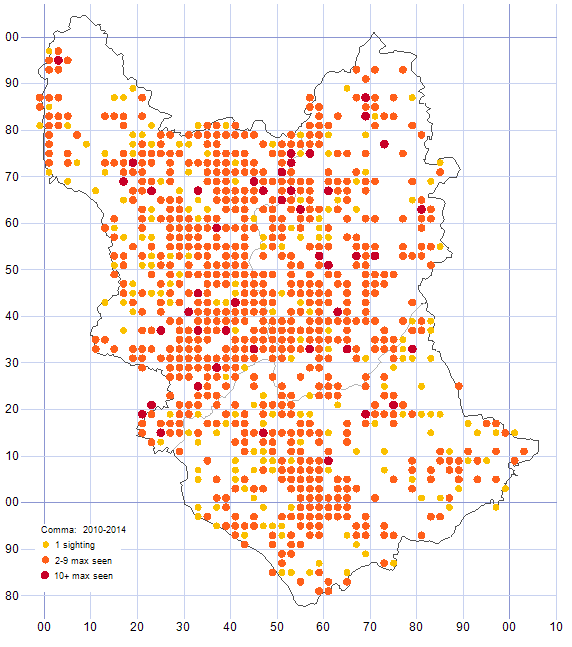 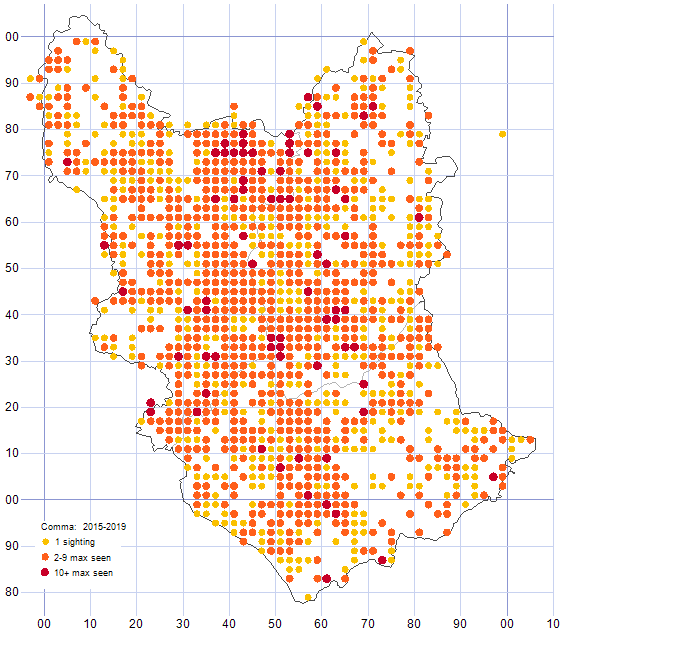 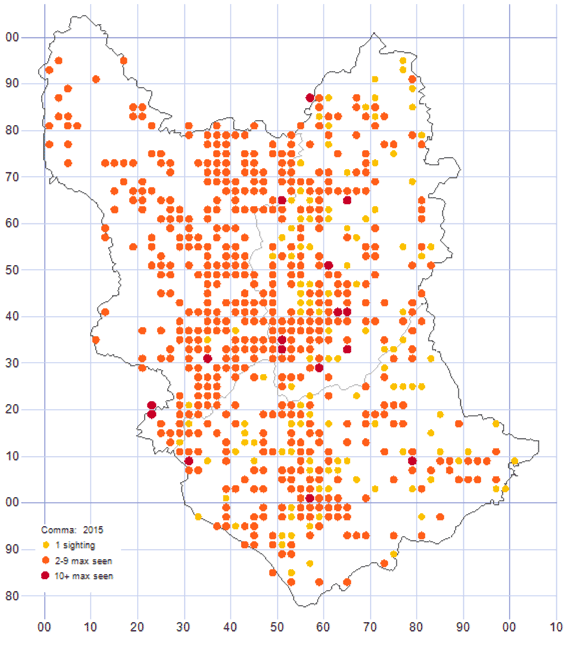 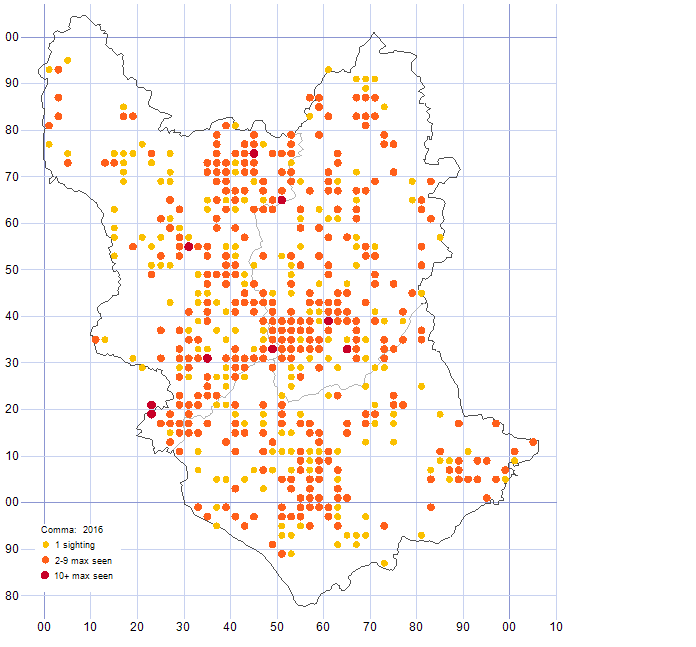 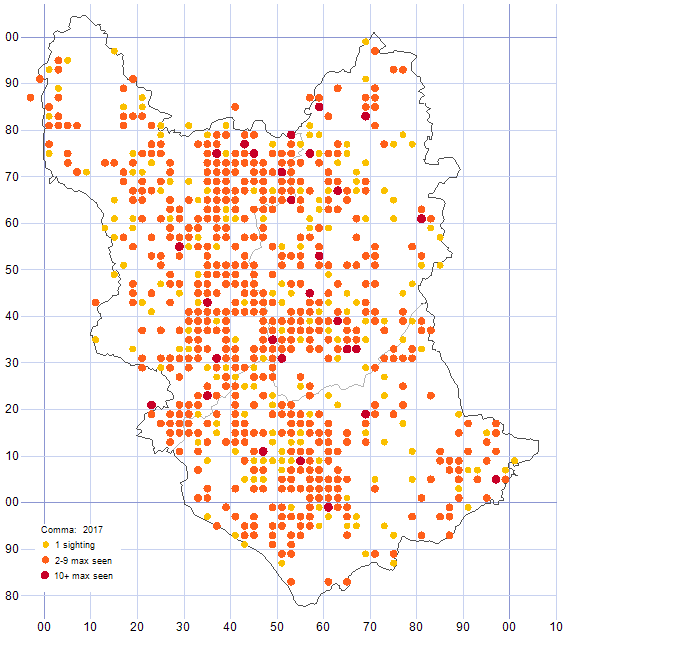 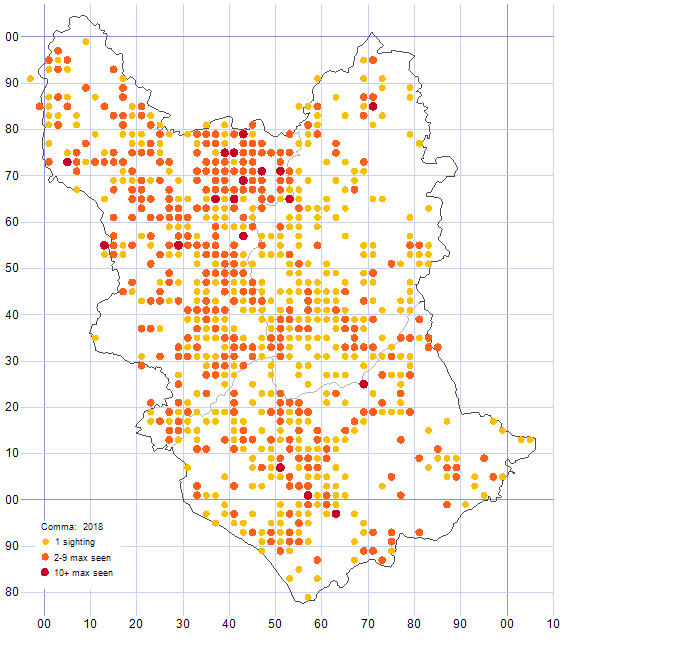 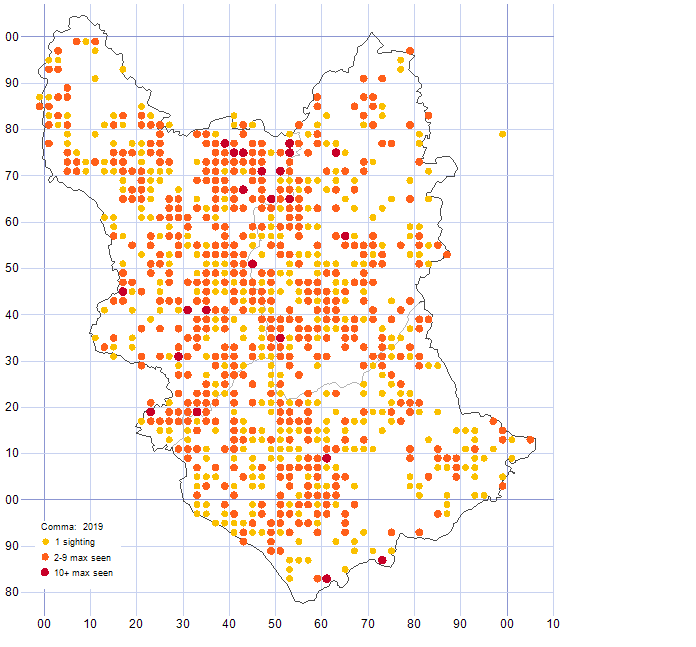 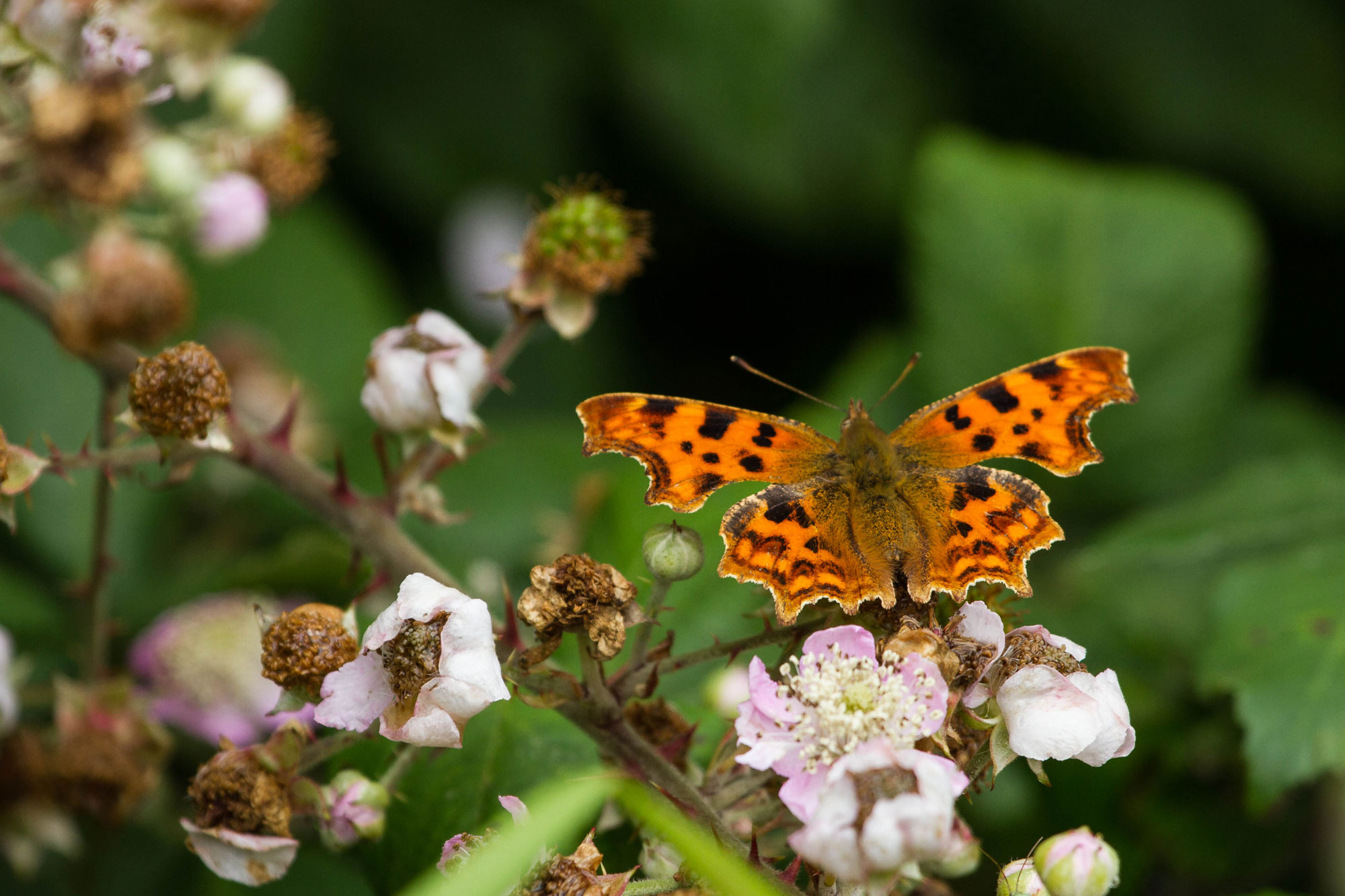 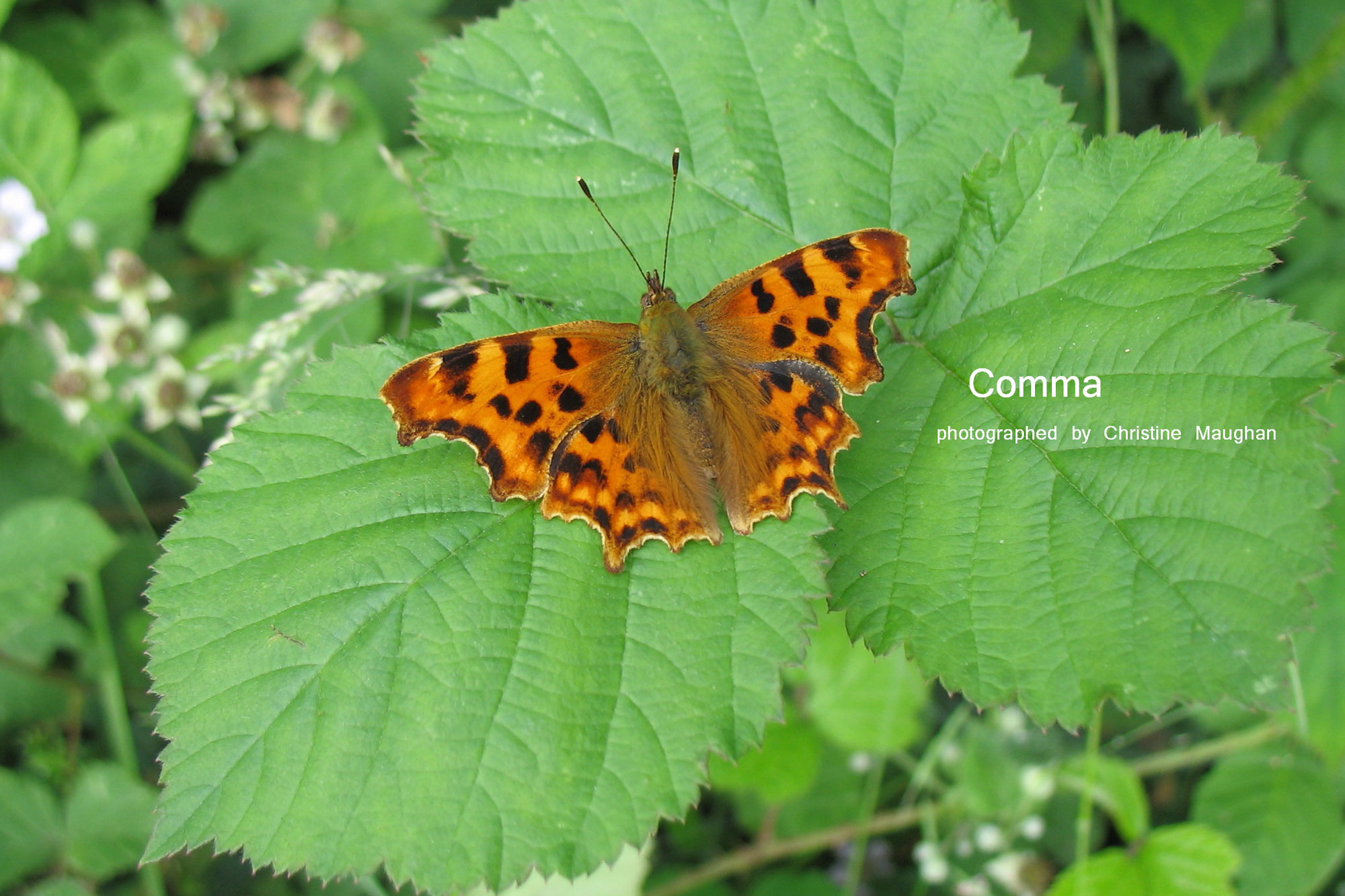 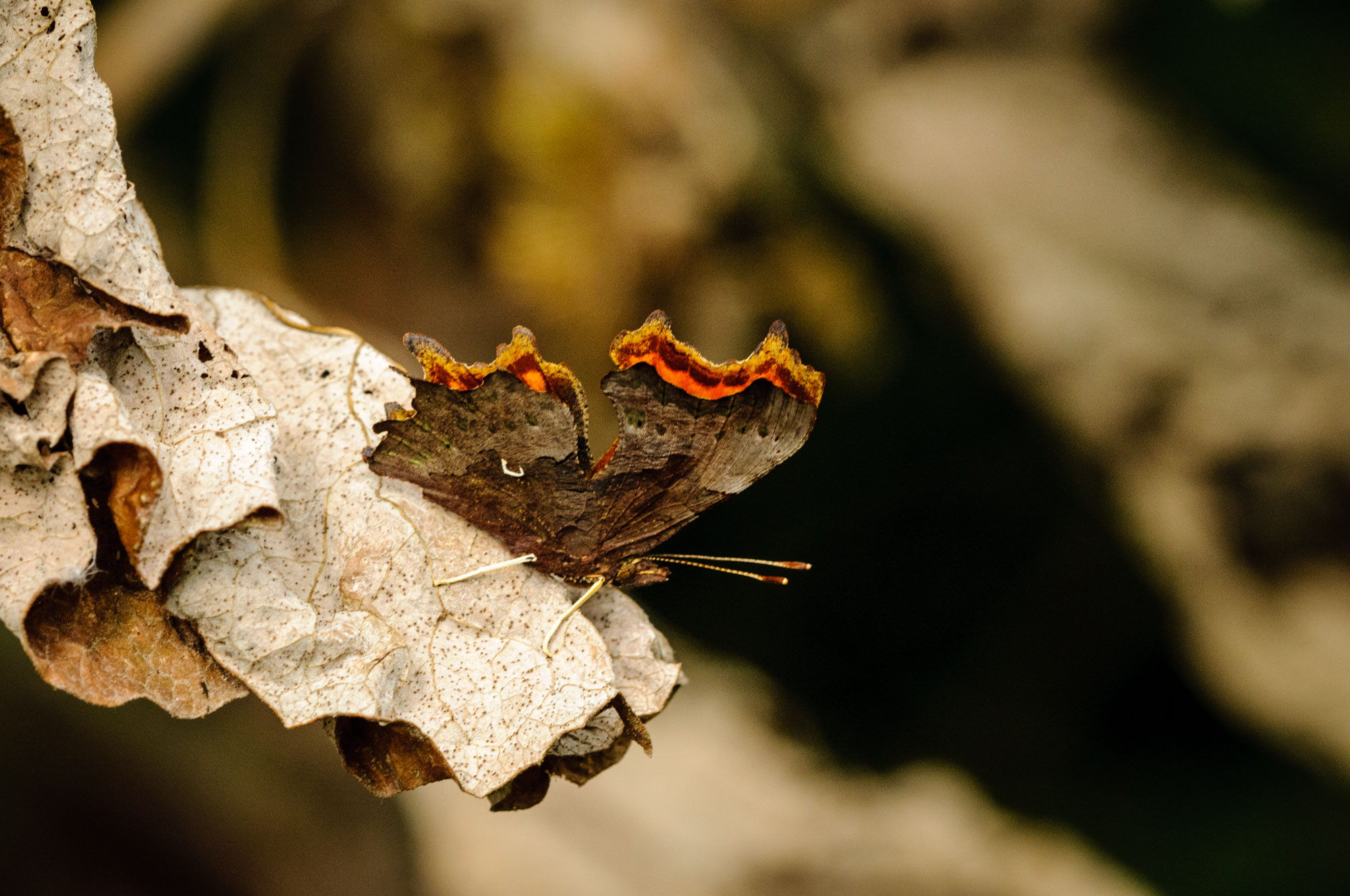 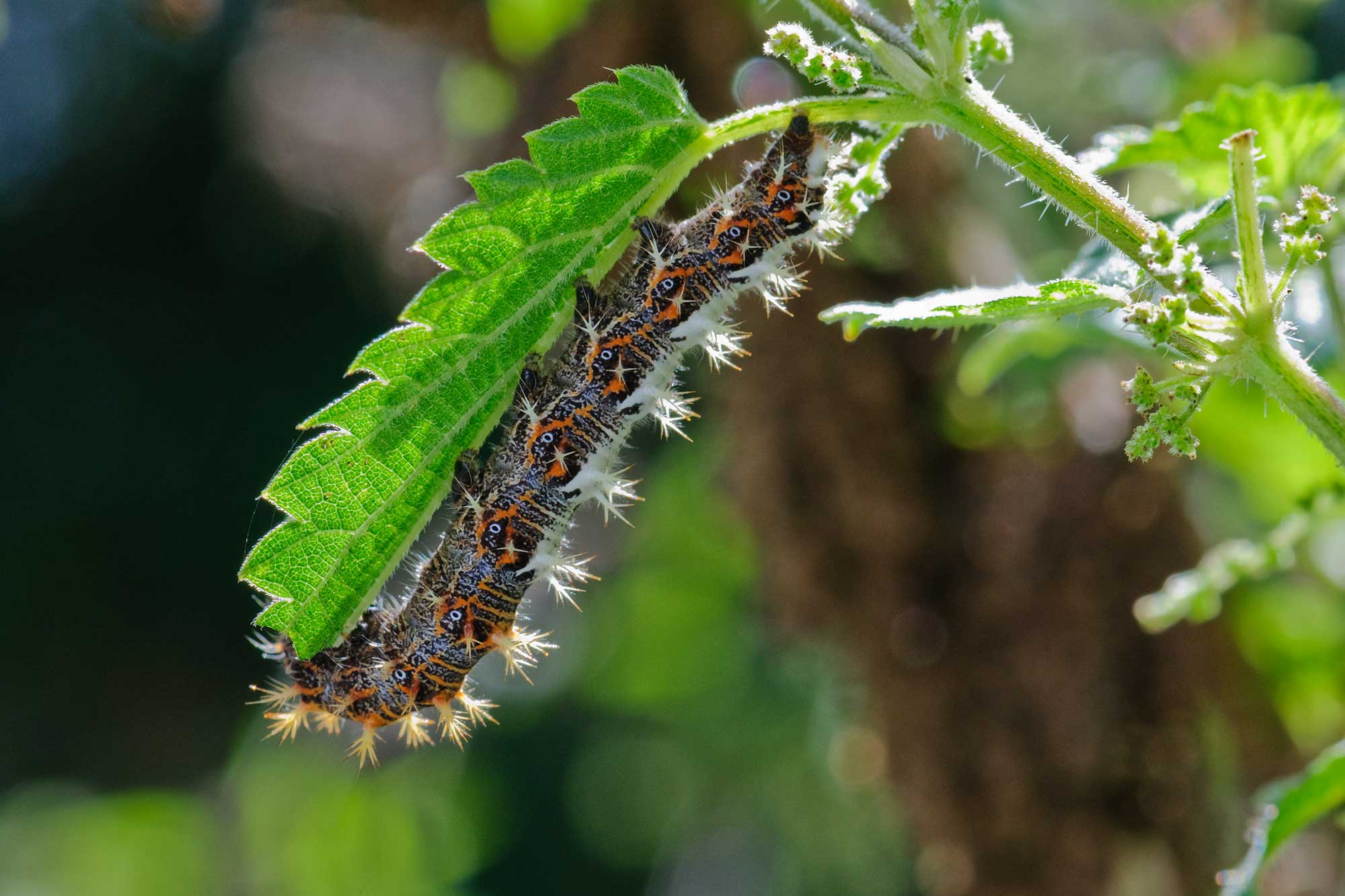