The Common Blue is the most widely distributed of the British blues and is commonly seen in a wide range of grassy habitats, including meadows, dunes, heaths, roadside verges and gardens.

The male is violet-blue with a fine black edge and white wing margins. Females also have white wing borders, and vary from the usual brown form with a hint of blue to those which are extensively blue varieties, all with orange marginal spots. The underside of the hind wings lacks the vertical twin spots of the Brown Argus.

Generally double-brooded, it is on the wing in May and June, and again in August and September.

Eggs are laid singly on a variety of leguminous plants, but it favours Bird's-foot-trefoil, Restharrow and Black Medick. 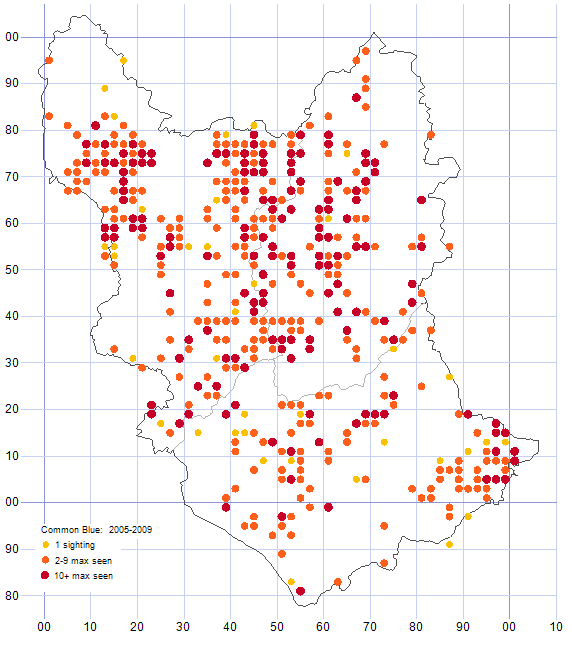 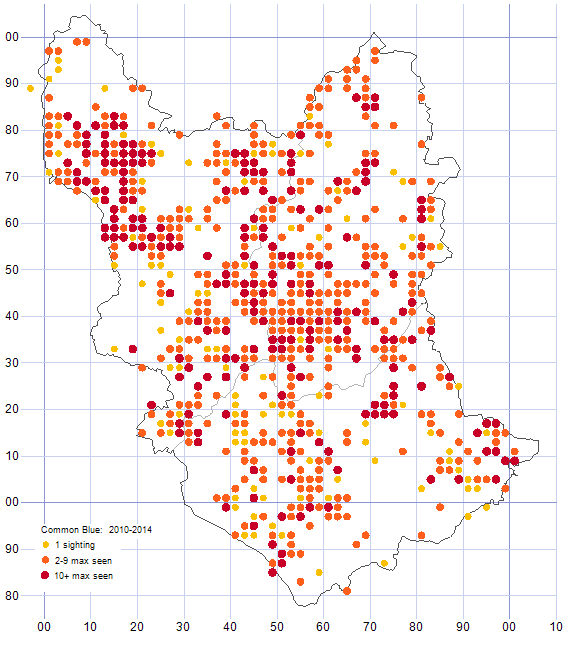 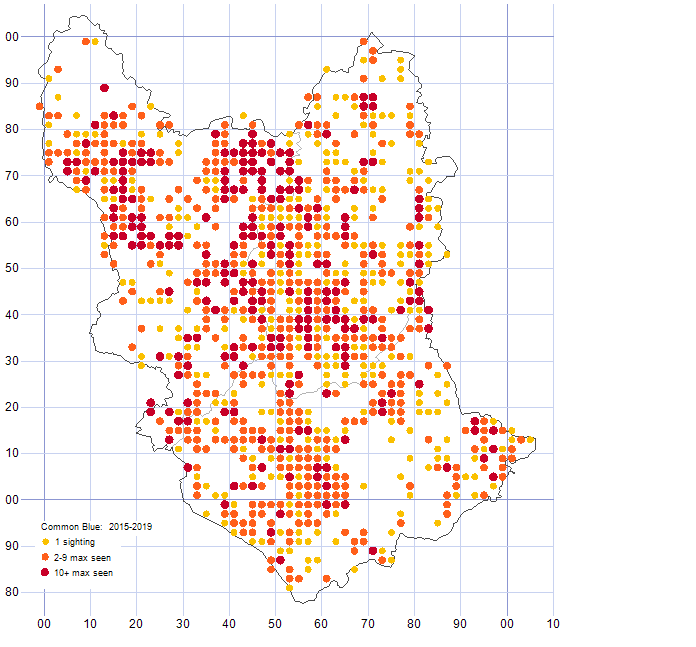 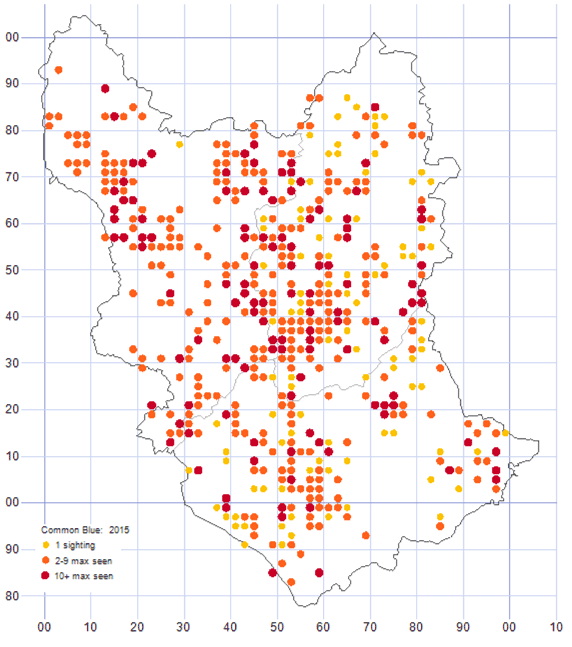 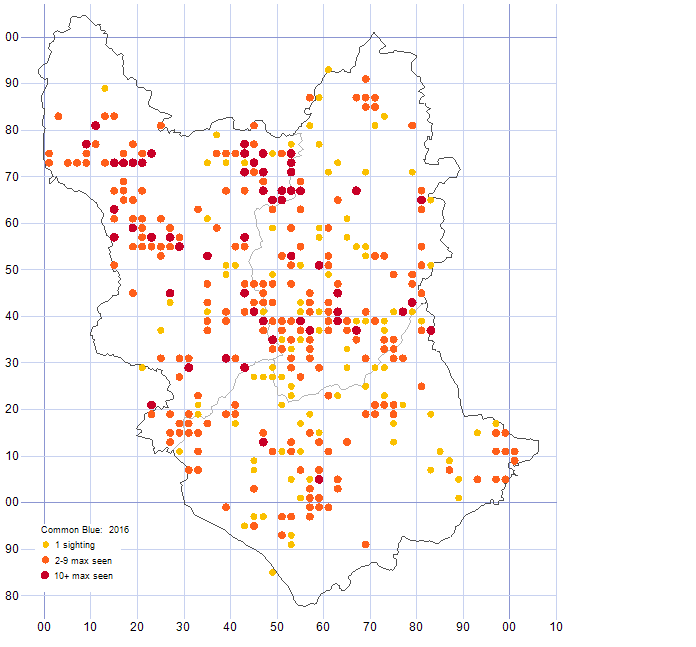 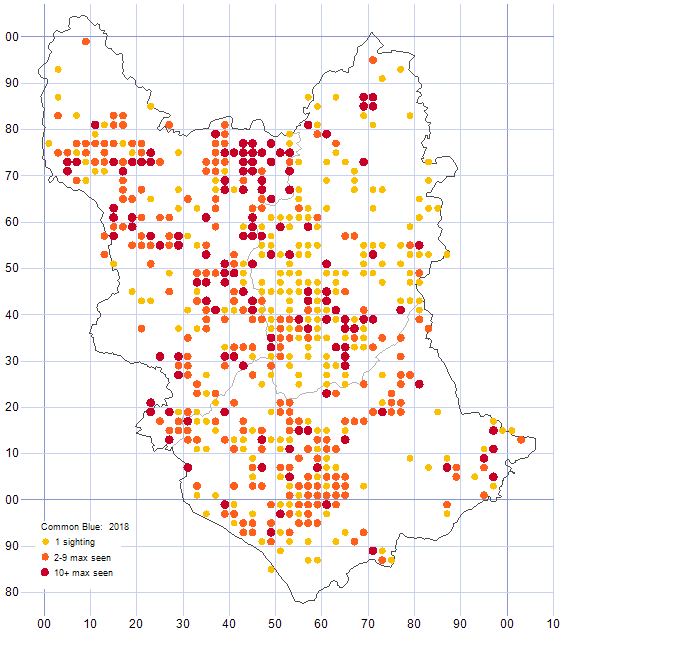 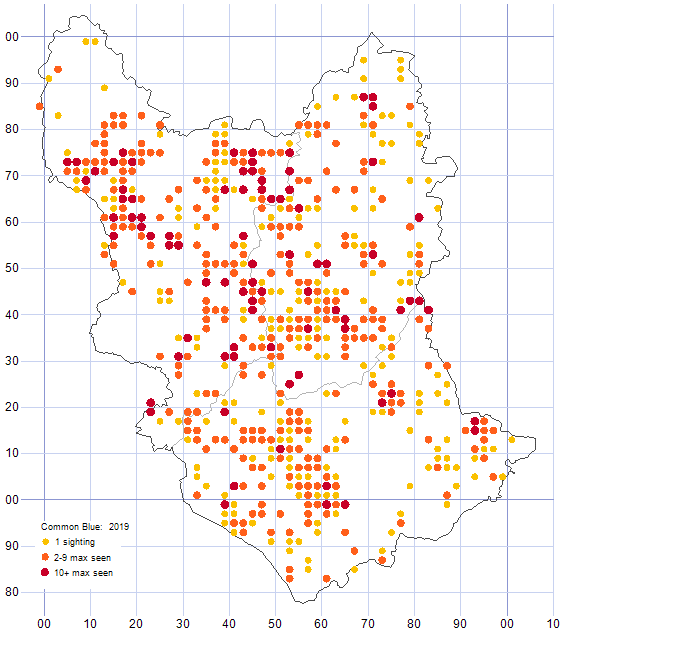 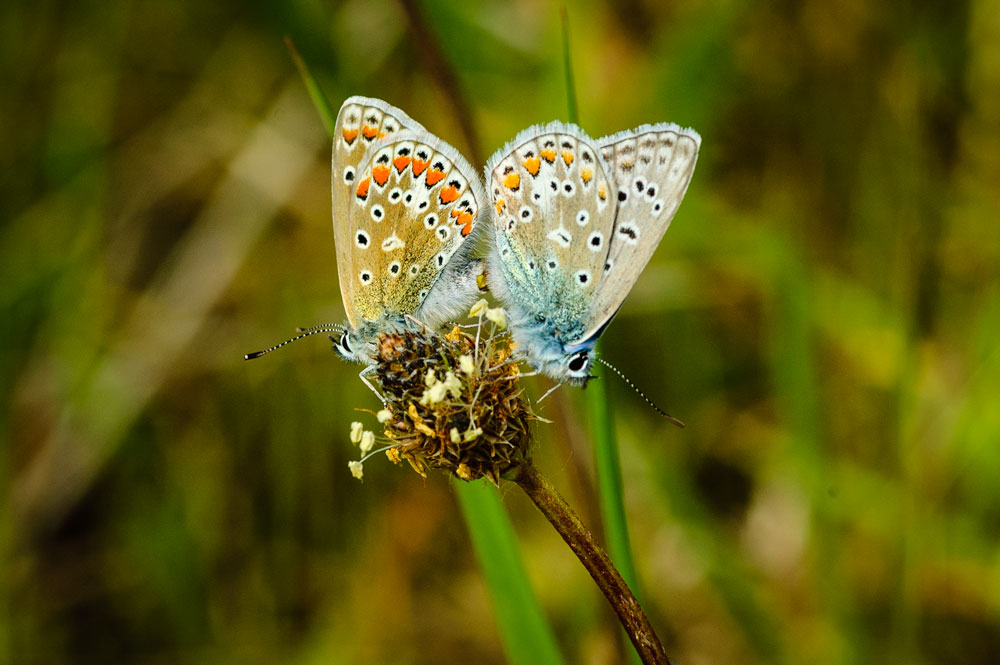 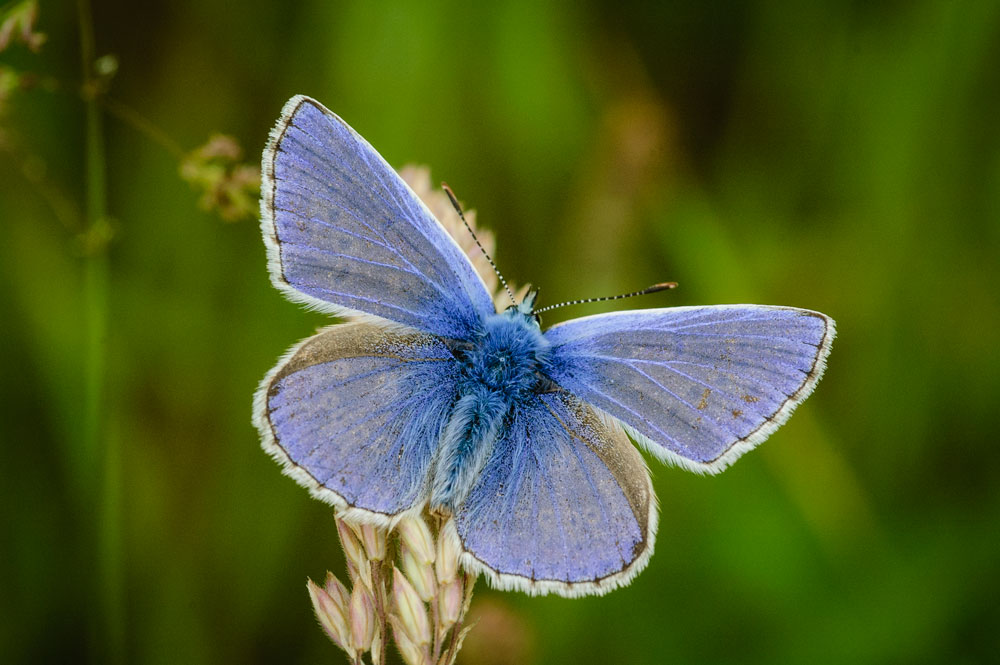 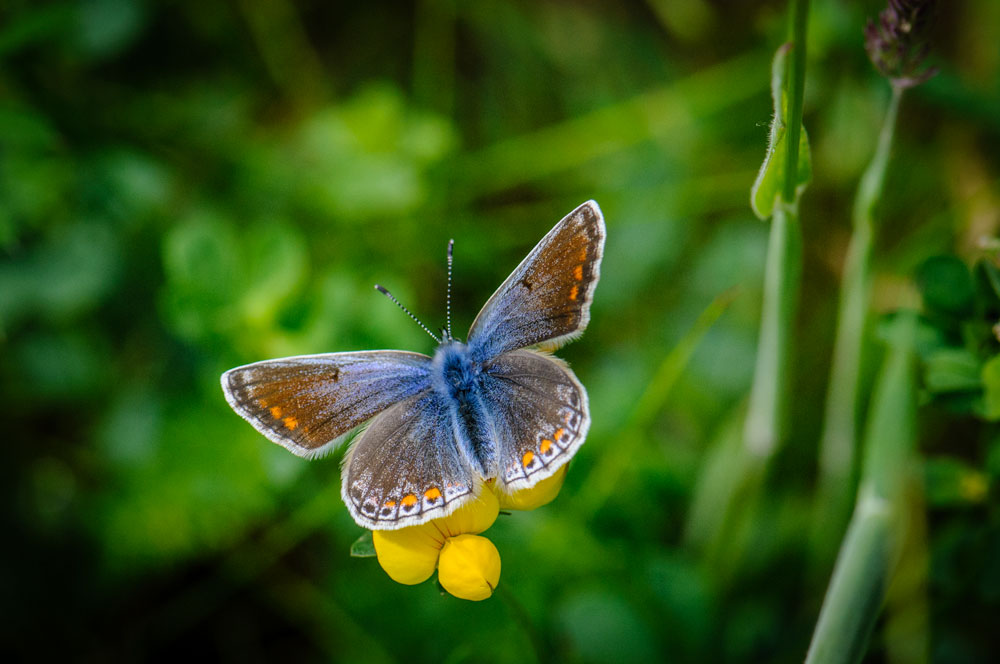 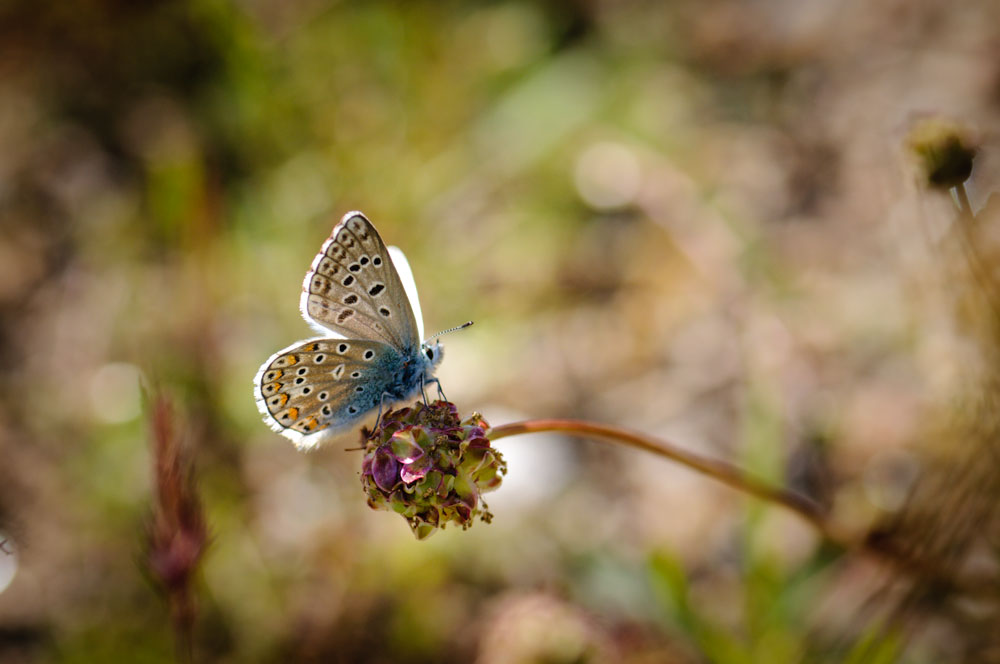