The Dark Green Fritillary is the most widespread of the large fritillaries and is found on downland, dunes, coastal cliffs and moorland. It often flies in damp places. In the East Midlands region it is found predominantly in the Peak District

The Dark Green Fritillary is a large fritillary with golden orange ground colour and black markings on its wings. One of the distinguishing identification features is the green wash on the underwings which gives it its name.

There is a single generation flying between early June and early September.

Eggs are laid singly close to lush growth of violets. 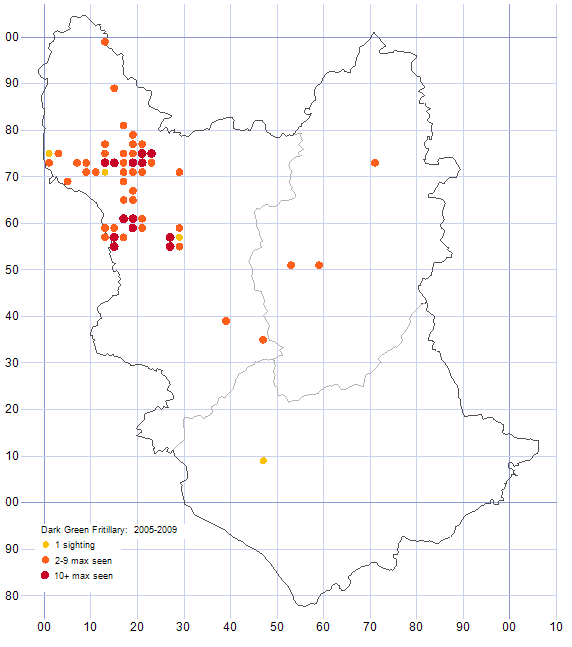 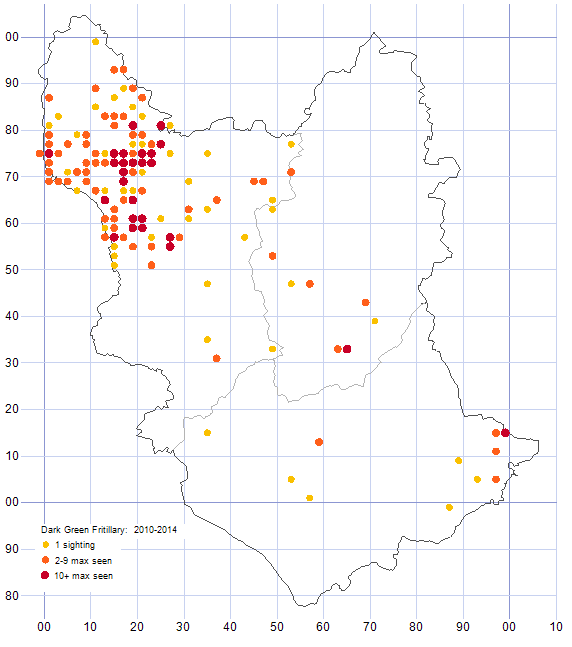 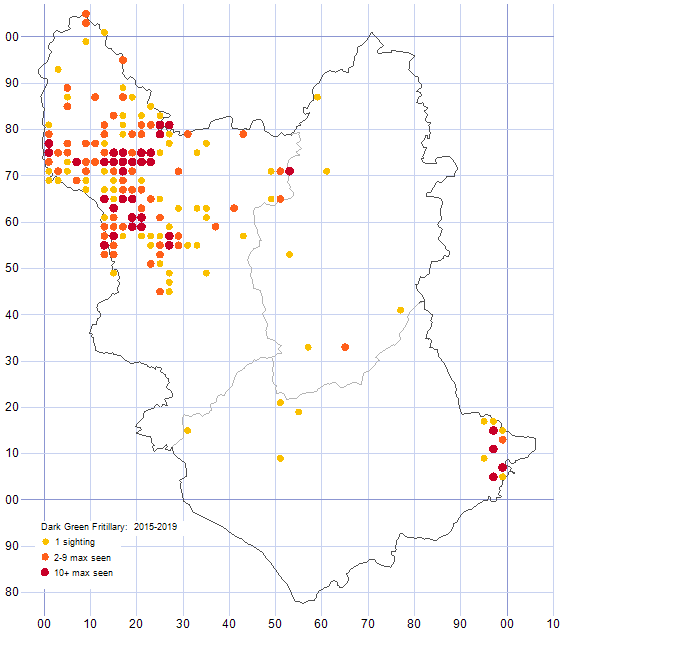 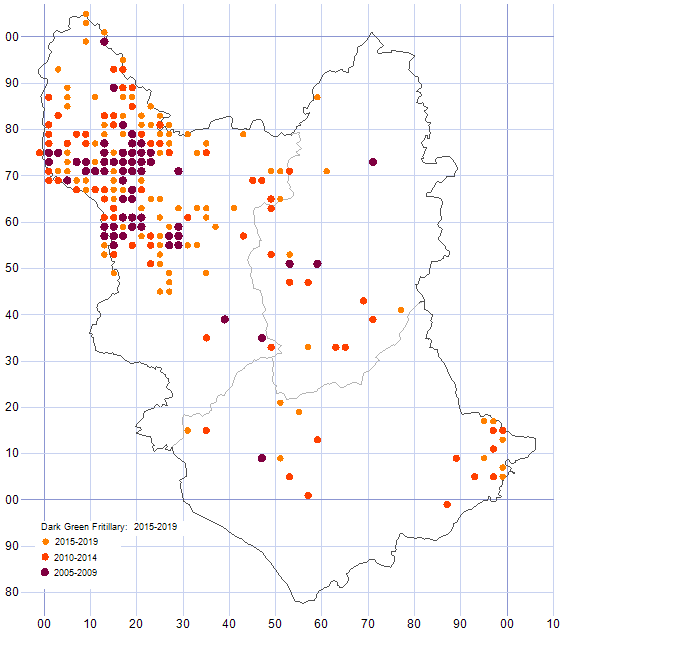 During this fifteen-year period distribution in Derbyshire has spread out from the original nucleus in the Peak District, and there have also been more records from Nottinghamshire & Leicestershire. 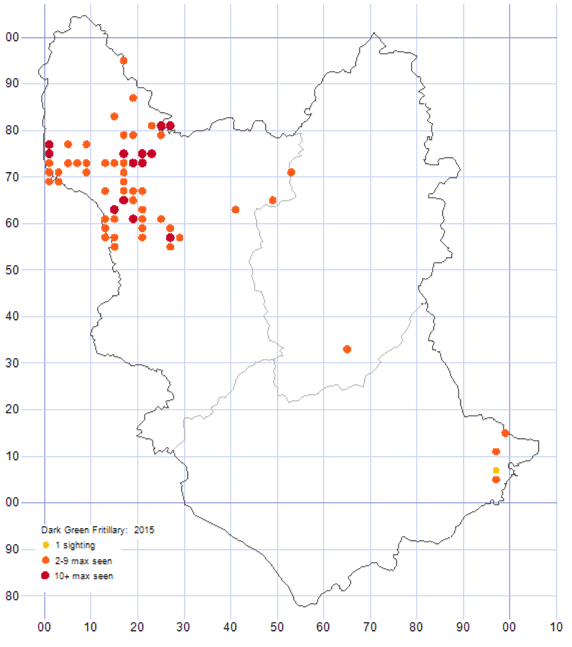 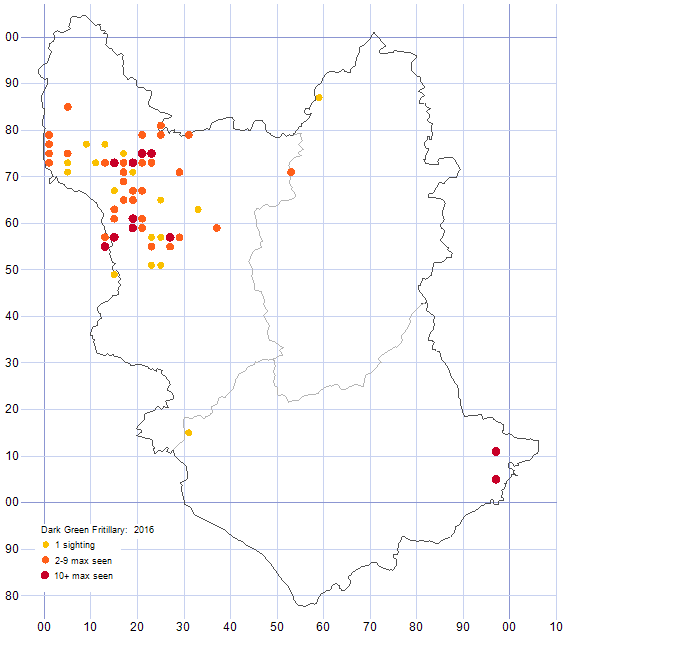 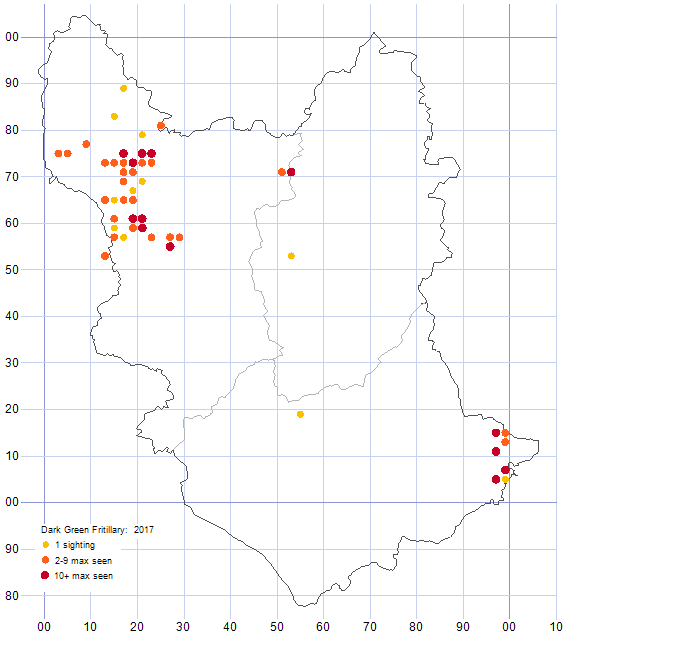 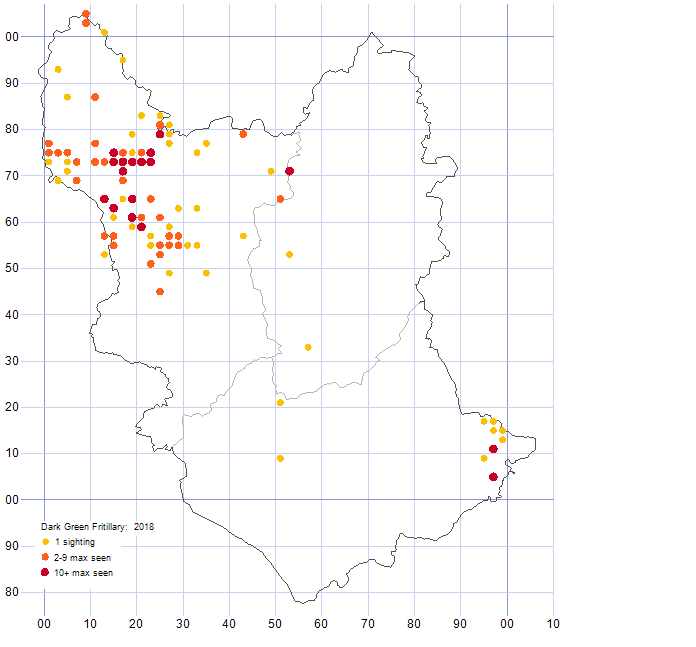 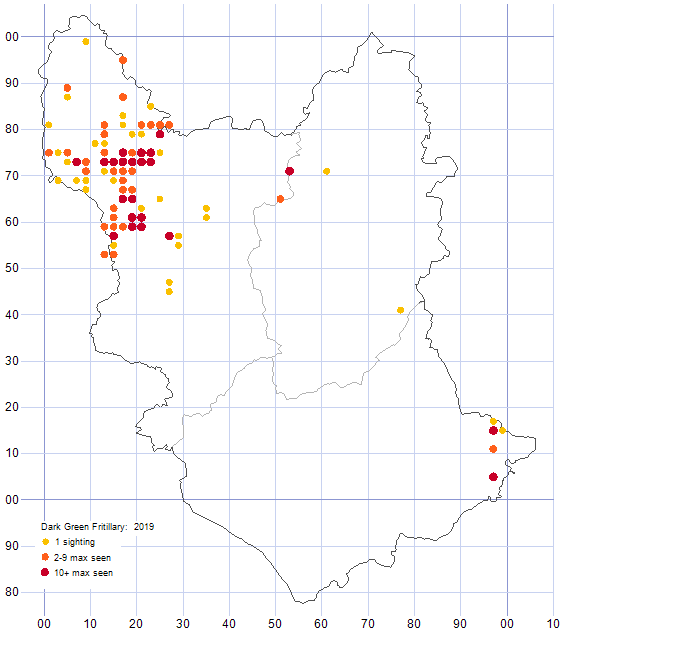 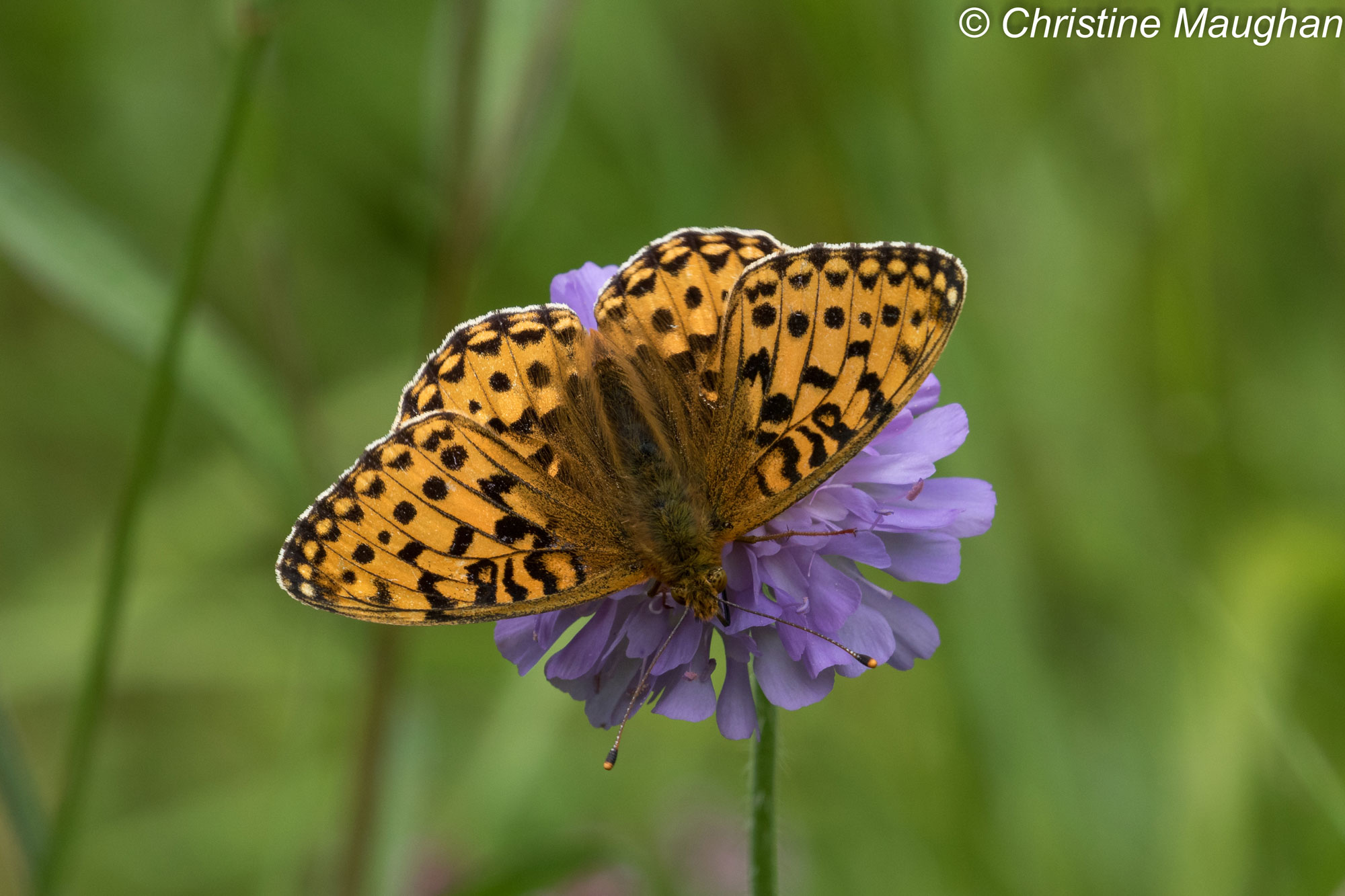 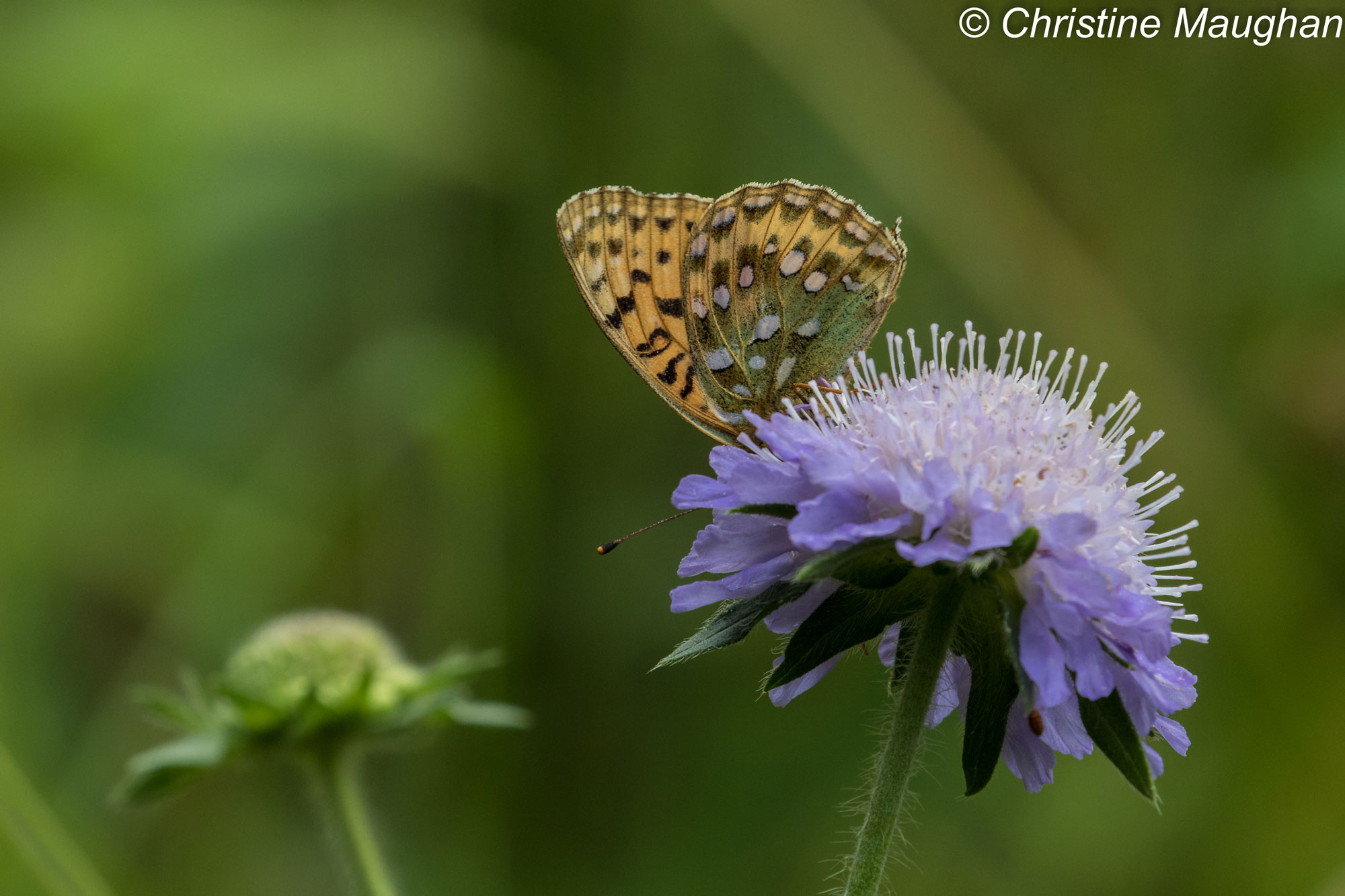 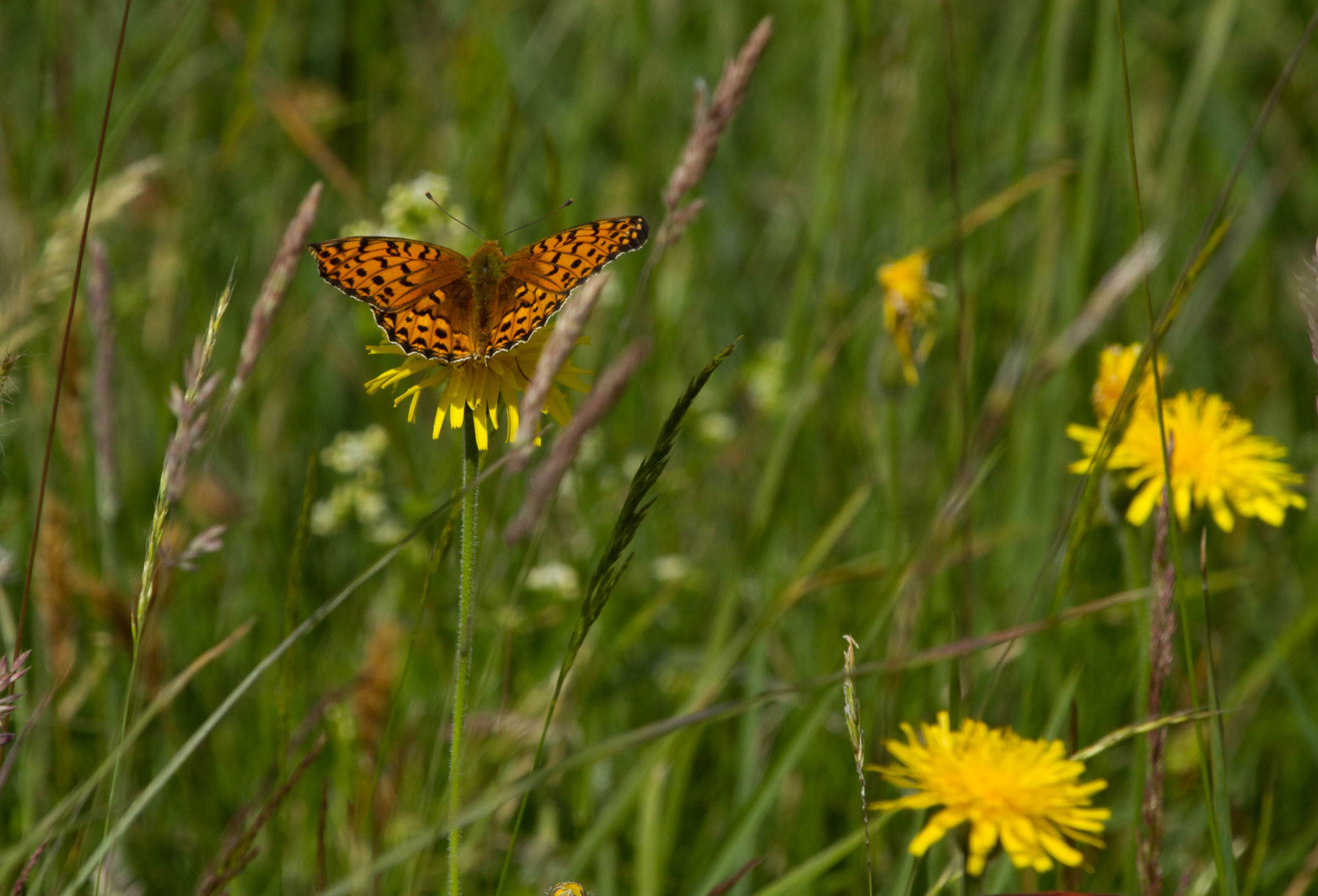 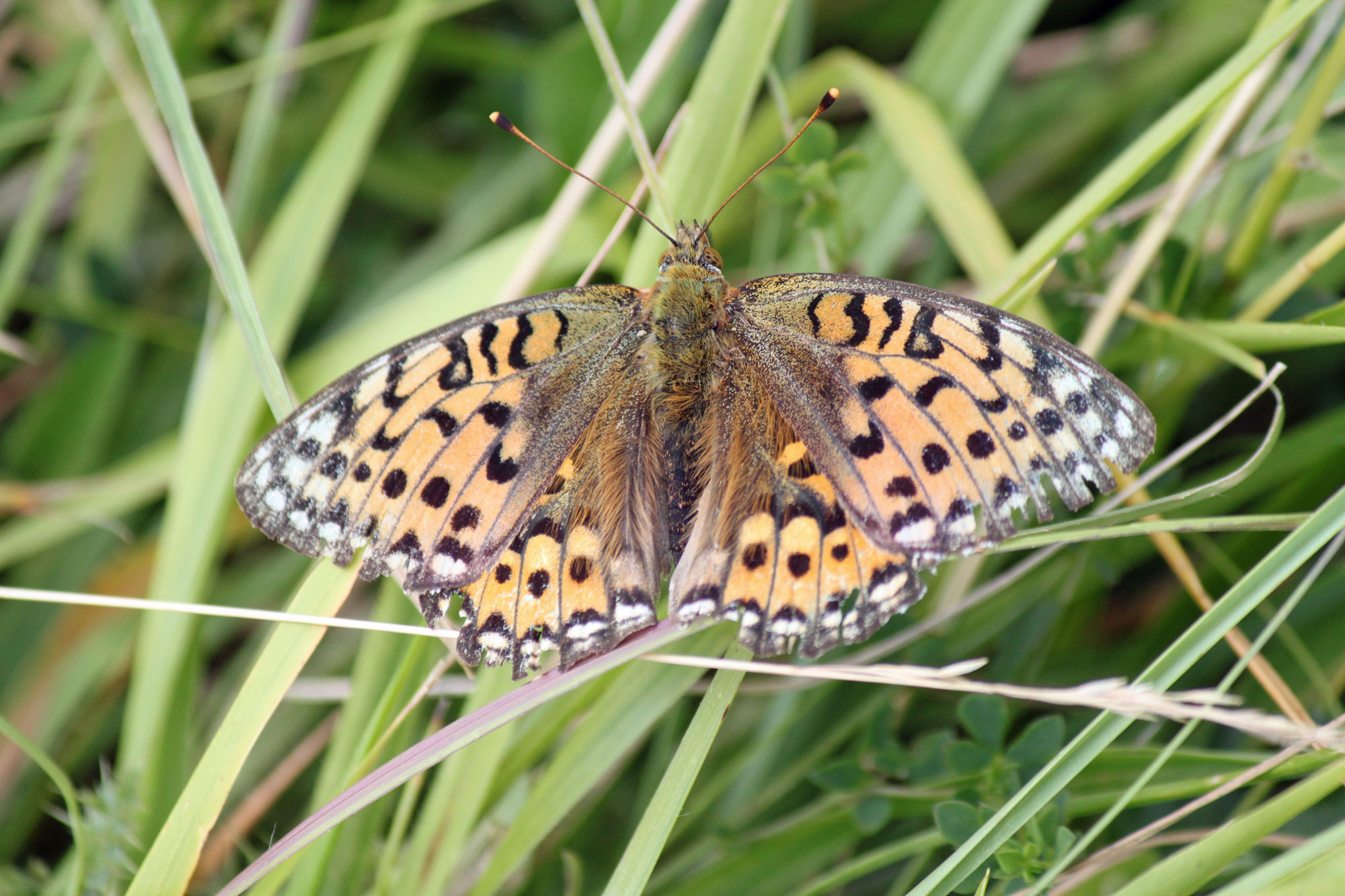