The Dingy Skipper is found in localised colonies in the East Midlands in grassland areas, disused railways, old quarries, reclaimed pit-tips, upland heath and woodland rides. It has suffered a decline in recent years due to 'improvement' of ancient grassland for agriculture or to lack of grazing on unimproved grassland. It is a conservation priority species.

It is unlike any other butterfly found in the British Isles, but it can be confused with other species found in the same habitats such as Grizzled Skipper and day-flying moths such as Mother Shipton and Burnet Companion.

It is on the wing from late April until late June, occasionally with a second brood in August. 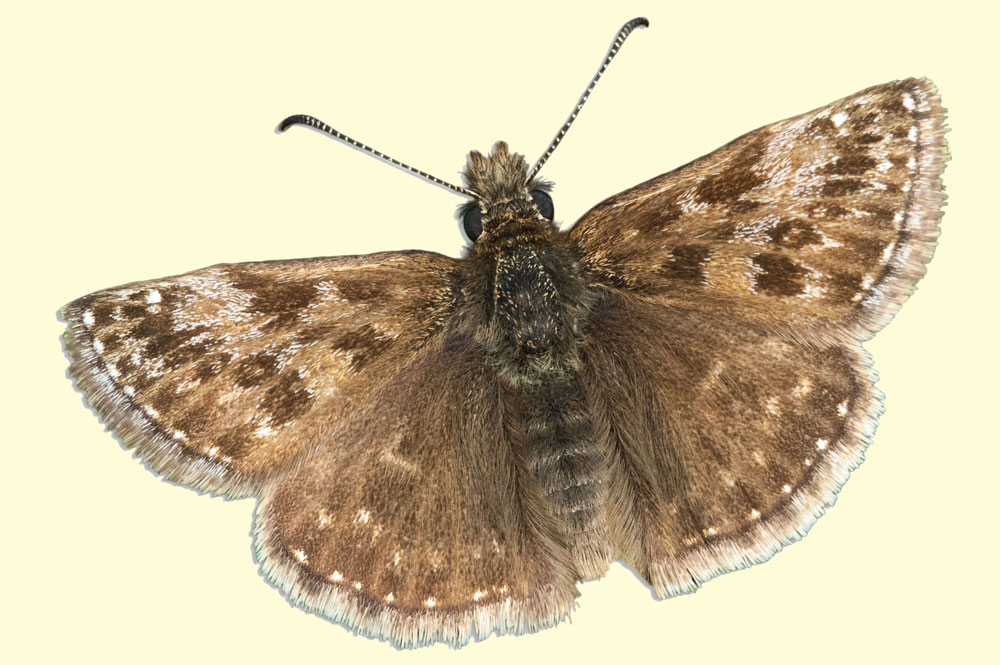 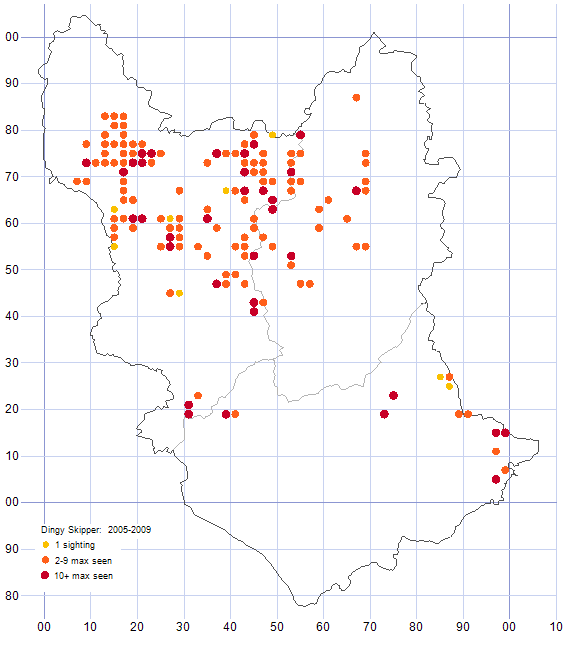 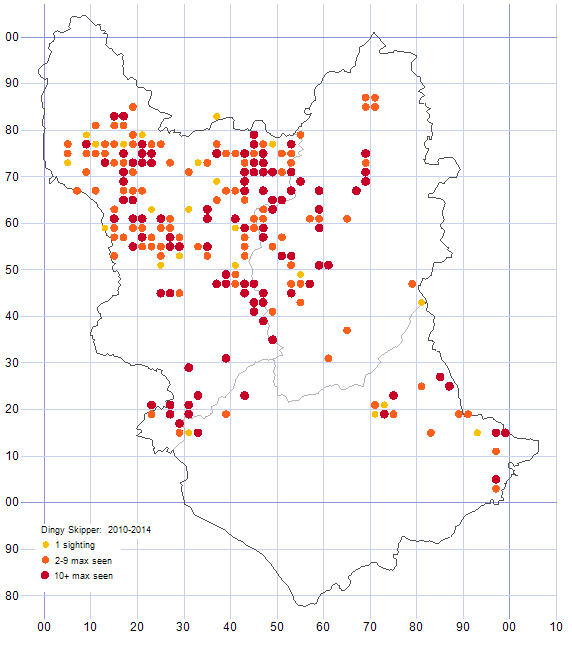 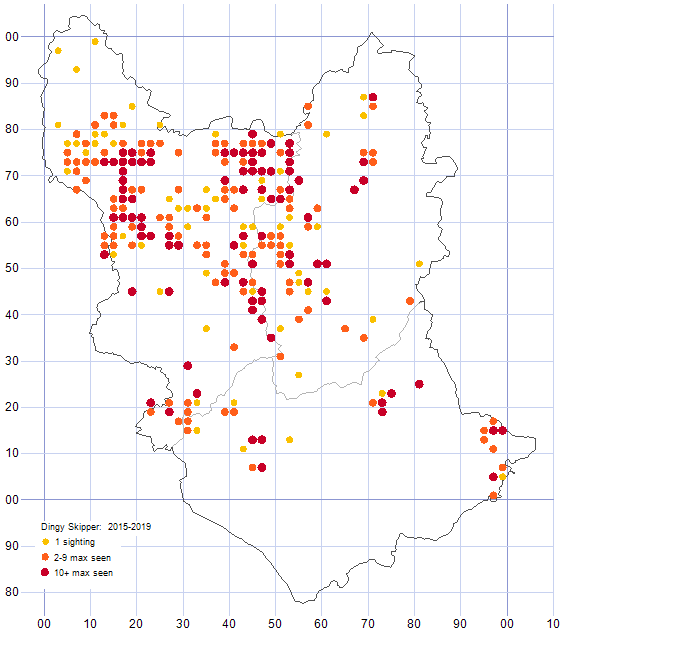 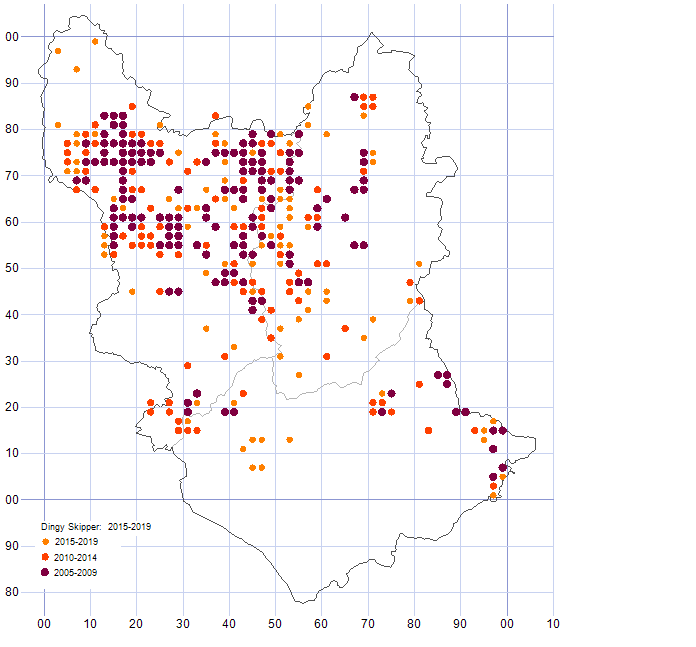 Distribution has consolidated over this fifteen-year period, and there appears to be an advance in the spatial coverage in N. Derbyshire, S. Nottinghamshire and W. Leicestershire. 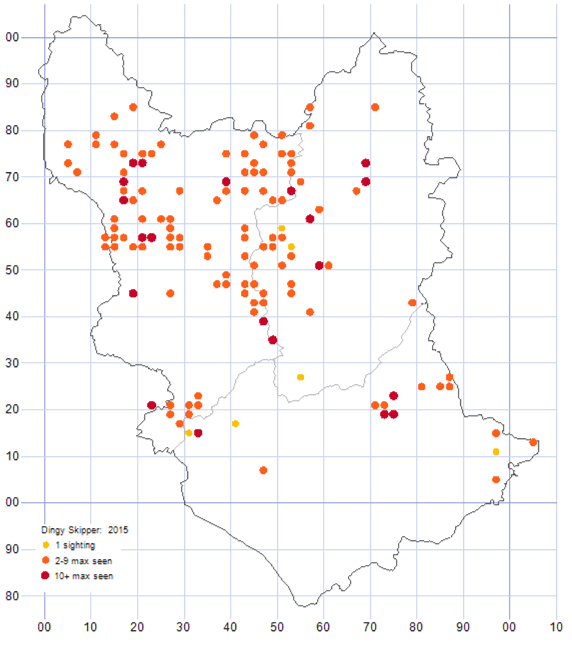 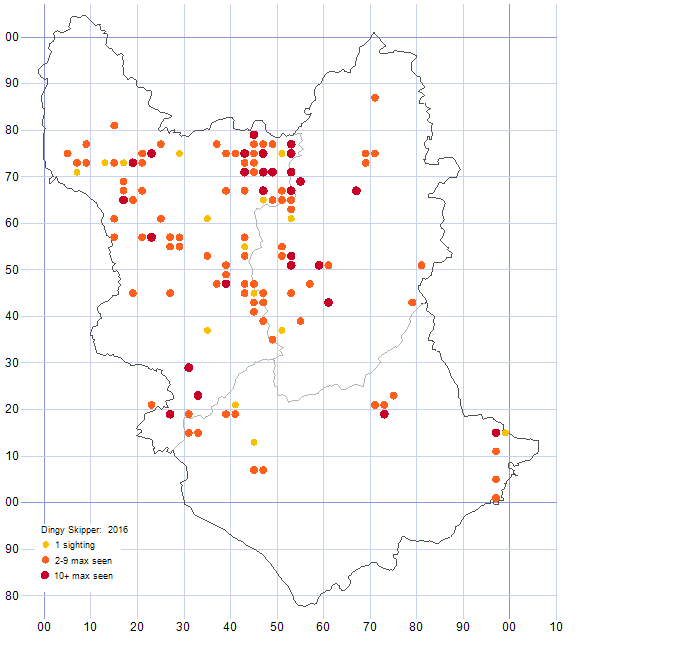 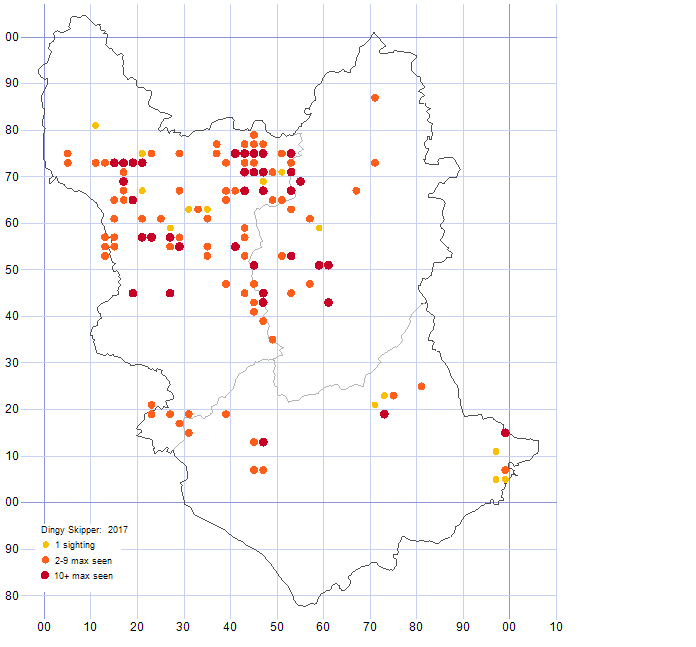 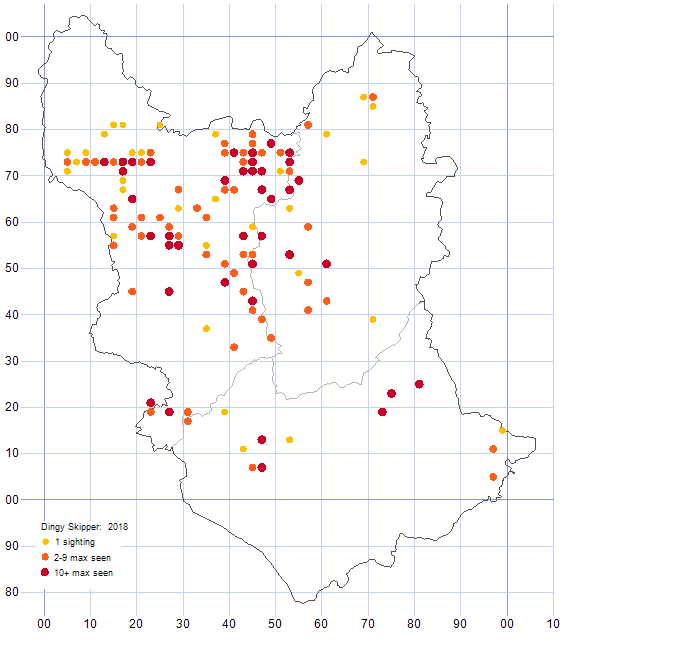 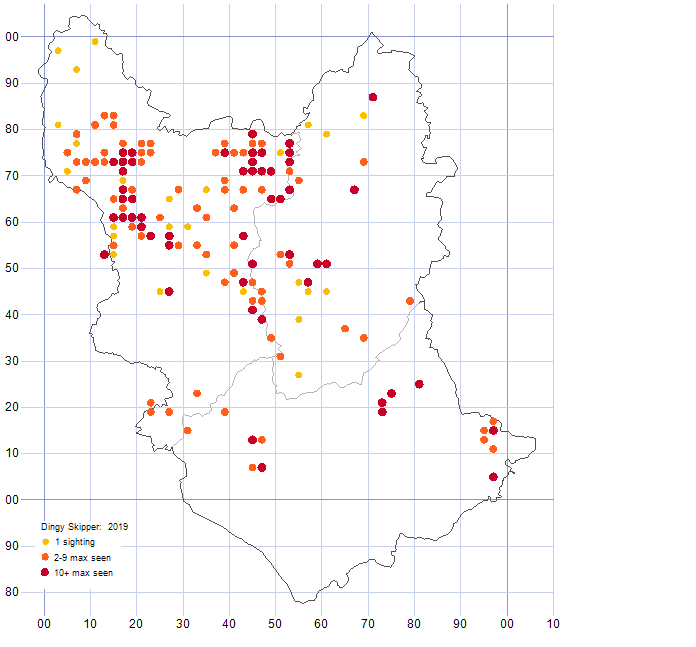 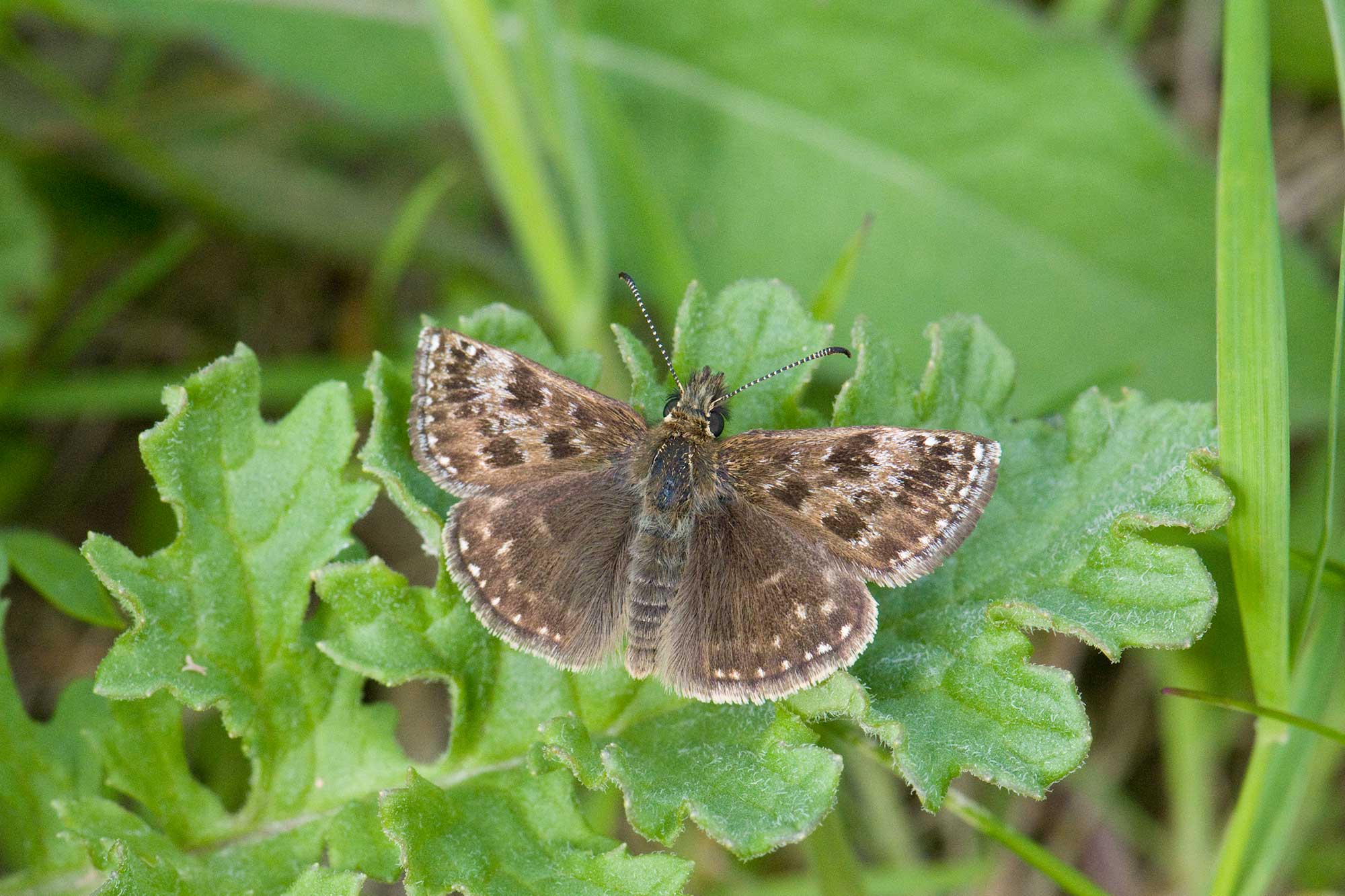 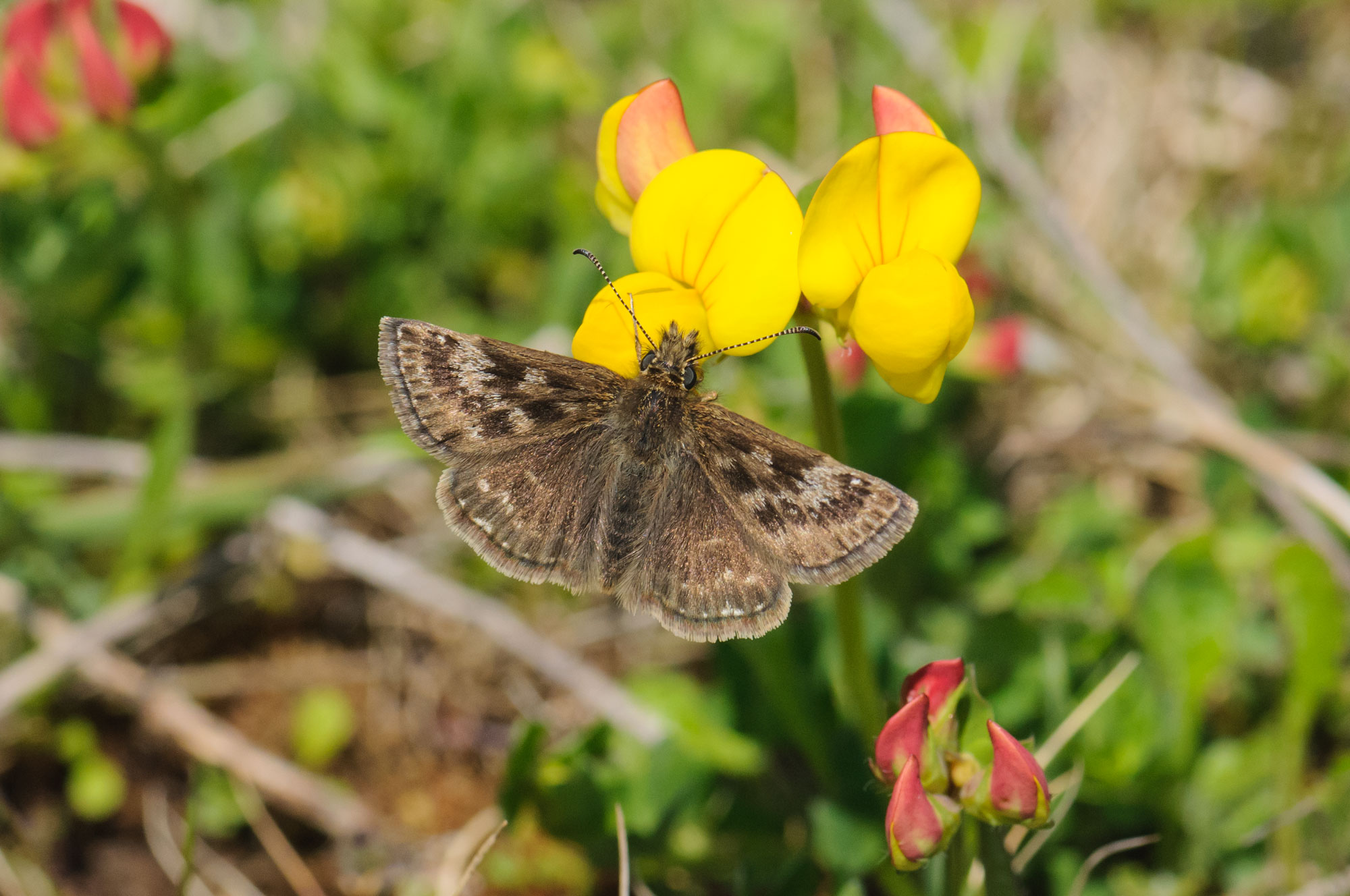 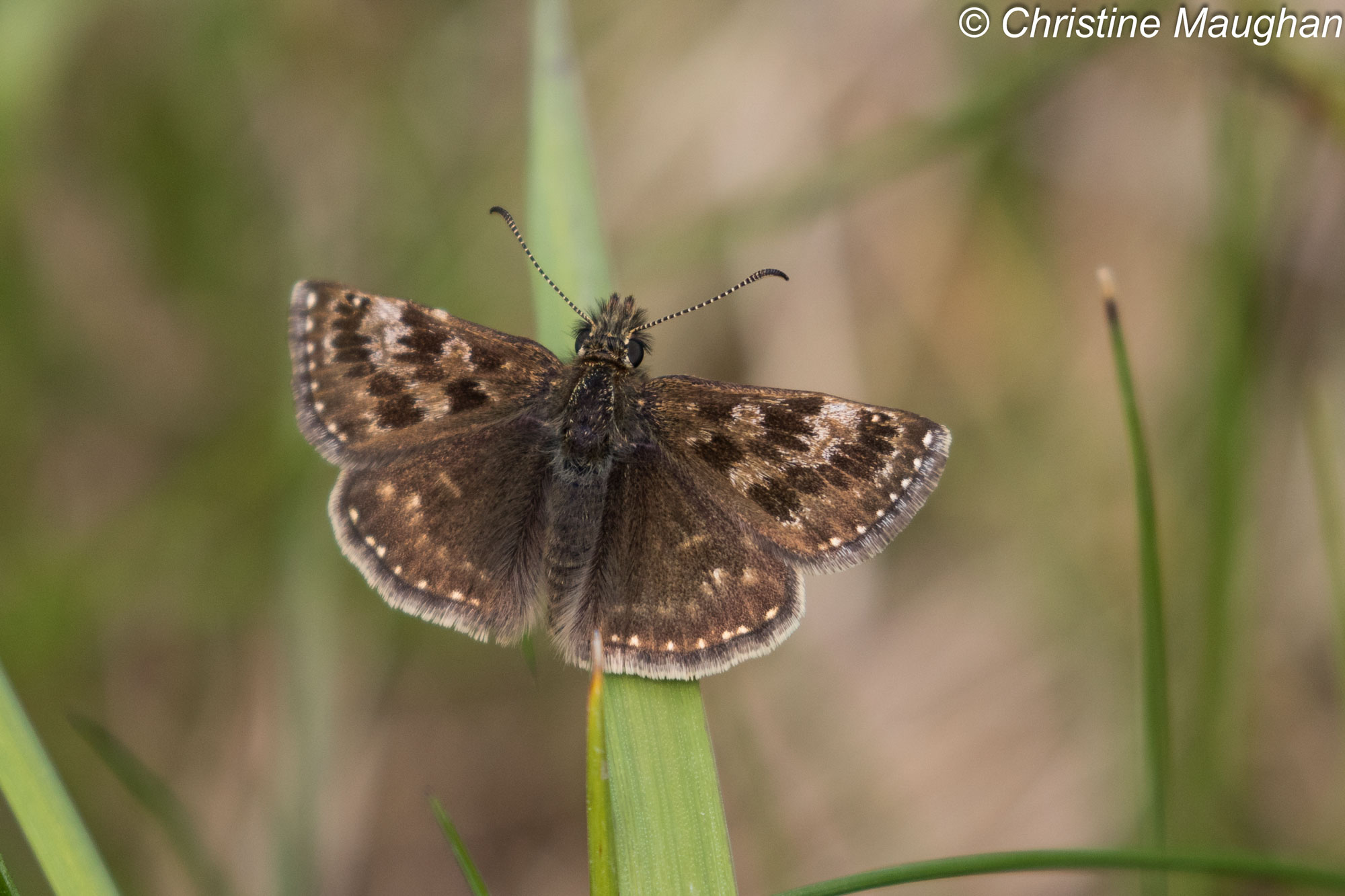 The Burnet Companion is a small Noctuidae moth which flies during the day. It shares similar grassland habitats to the Dingy Skipper with the larval food plants including clovers and Common Bird's-foot-trefoil.

Although very similar in size and overall colouration the Burnet Companion often rests with the wings slightly open, revealing the bright orange of the rear wing.

The Mother Shipton is another small day flying Noctuidae moth that shares similar grassland habitats and larval food plants to the Burnet Companion and Dingy Skipper.

The striking wing markings resemble a caricature of the Yorkshire witch Old Mother Shipton. Its flight season is from May to June preferring sunny days.