The Green-veined White is found in most habitat types, but is commonest in damp localities where vegetation is lush, such as damp meadows, ditches, margins of lakes and rivers, woodland edges and wet moorland, noticeably being found at higher altitude than other whites.

It is most similar to the Small White, but the underwings are especially beautiful with vein edges picked out by yellow and black scales giving the illusion of green stripes. Markings on the upper wings vary, but all have thickened triangles at the tips of the veins on their forewings.

Adults can be seen on the wing from April to October. There are usually two generations a year, peaking in late May and late July/early August. Occasionally a third emergence occurs during September/October.

Eggs are laid singly on various crucifers, including Cuckooflower, Garlic Mustard and Hedge Mustard, as well as ornamental Nasturtiums and Alyssums in gardens. 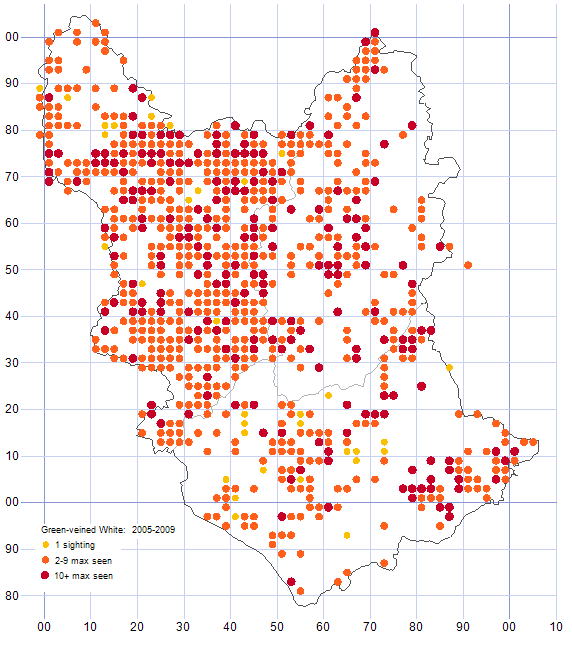 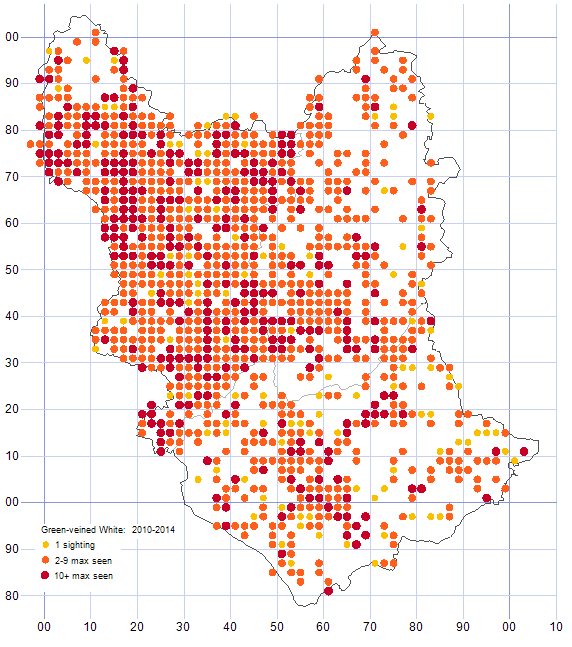 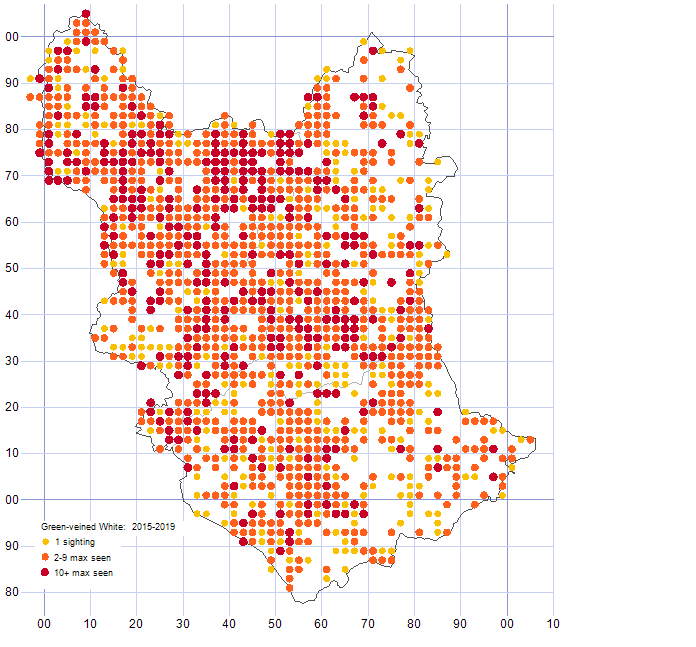 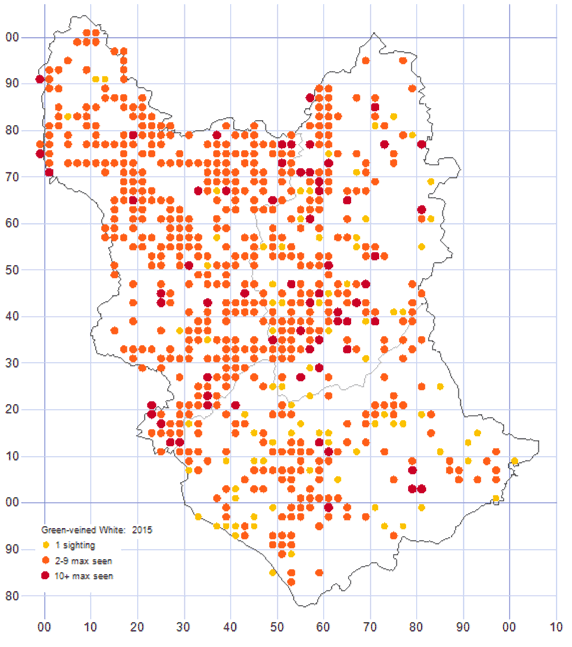 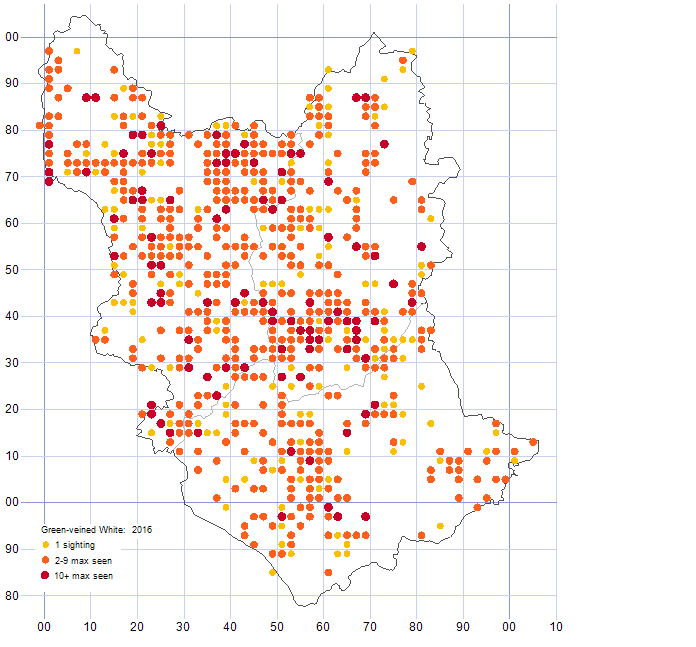 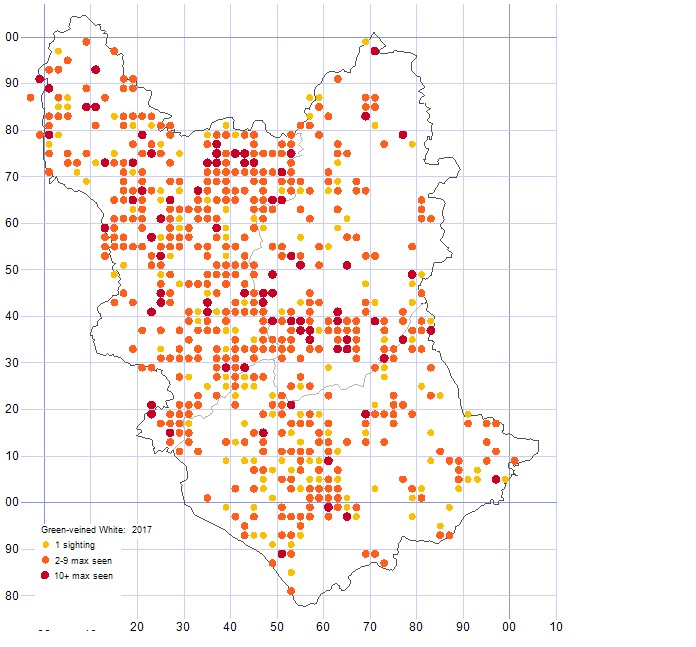 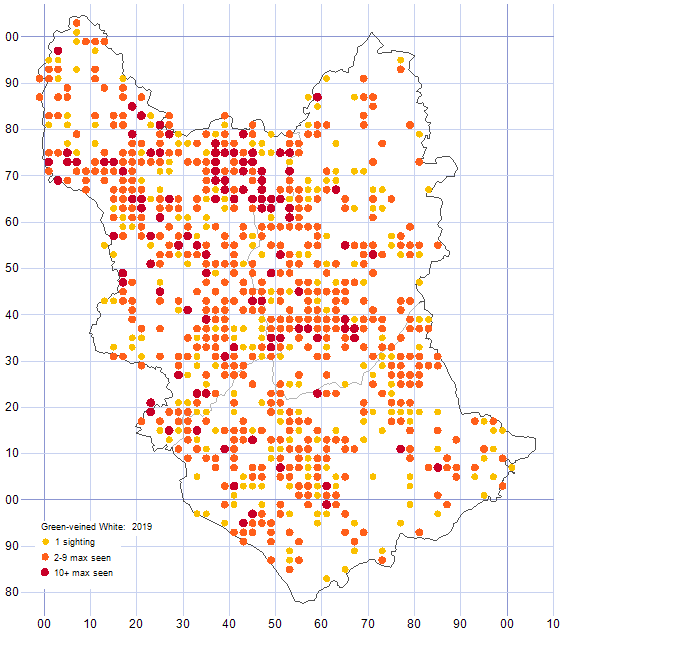 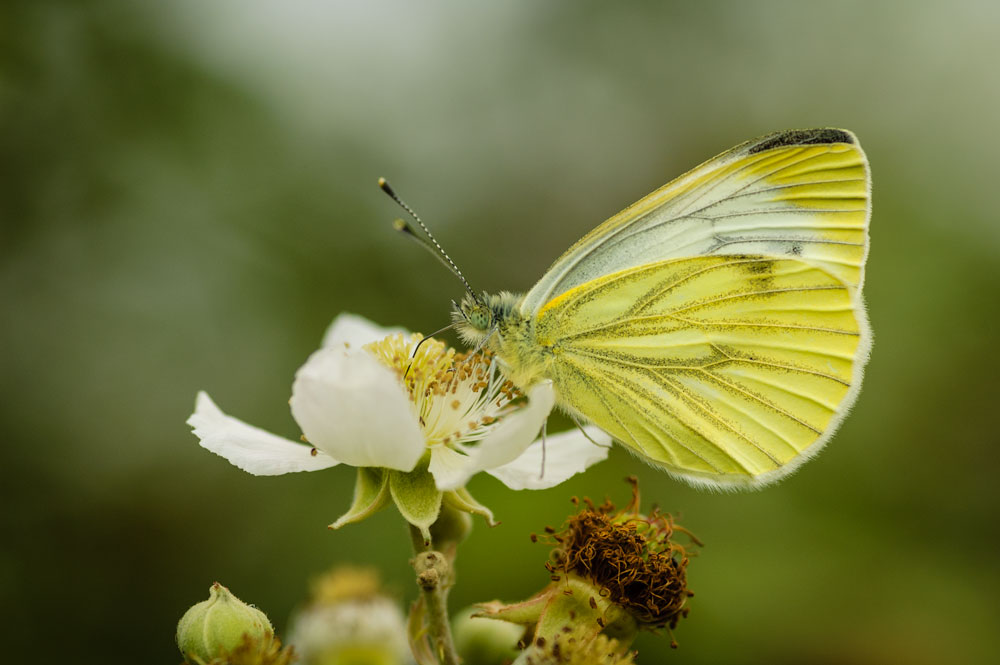 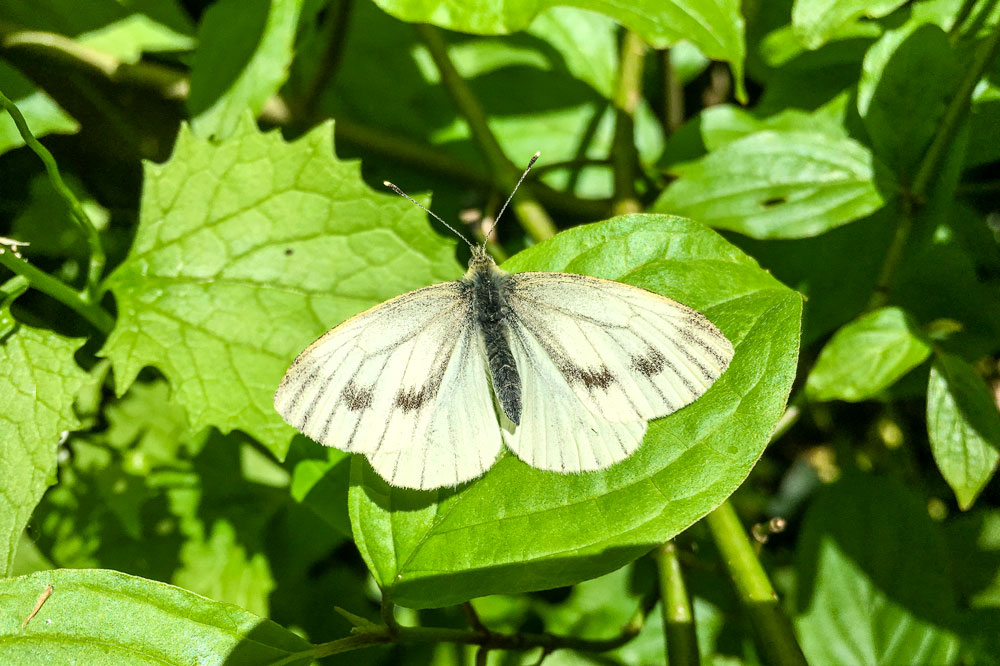 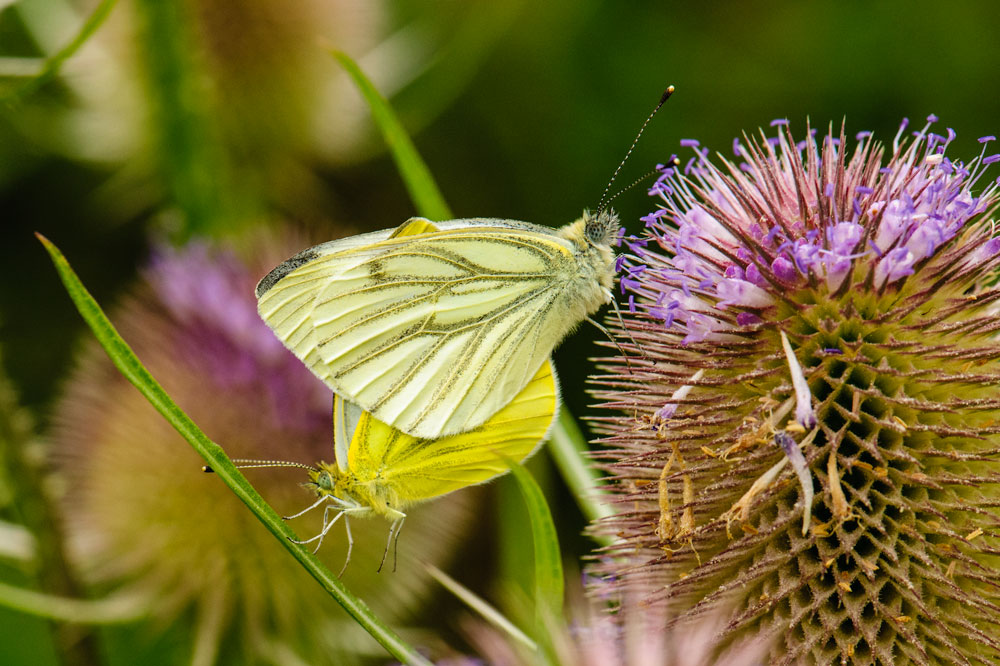 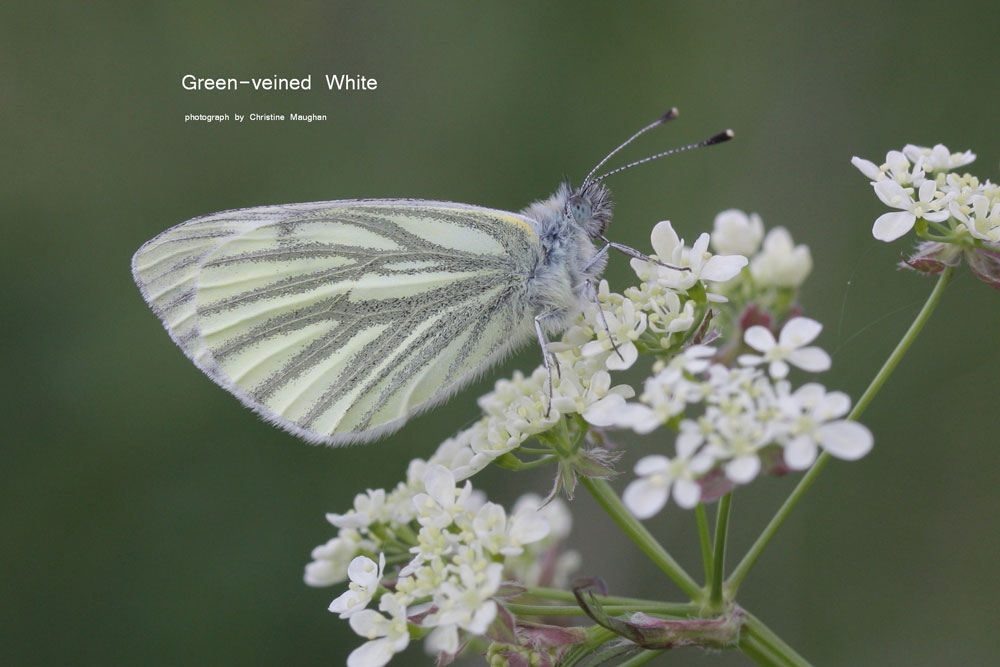