The Green Hairstreak is found in a wide range of habitats including moorland, disused quarries and railway lines, scrubby hillsides.and heathland. It requires warm open areas with some scrub and shelter from the wind.

The Green Hairstreak is the smallest of the hairstreaks and is the only British butterfly with a truly green underside. As the wings are always held closed when perched, it is unlikely to be confused with other species. The brown uppersides are rarely seen. Both sexes are similar in appearance, but behaviour is quite different. Males spend much of their time perched on vegetation defending their territory, whereas females are less conspicuous.

Green Hairstreaks are single brooded and overwinter in the chrysalis stage so emerge quite early in late April. They remain on the wing until the end of June.

Eggs are laid on a wide variety of plants, often associated with Gorse, Bilberry & Broom, but also various members of the pea family including Common Bird's-foot-trefoil. 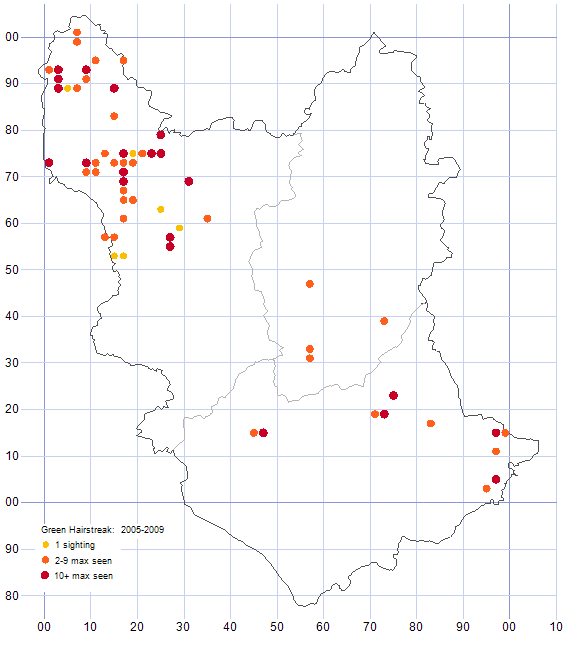 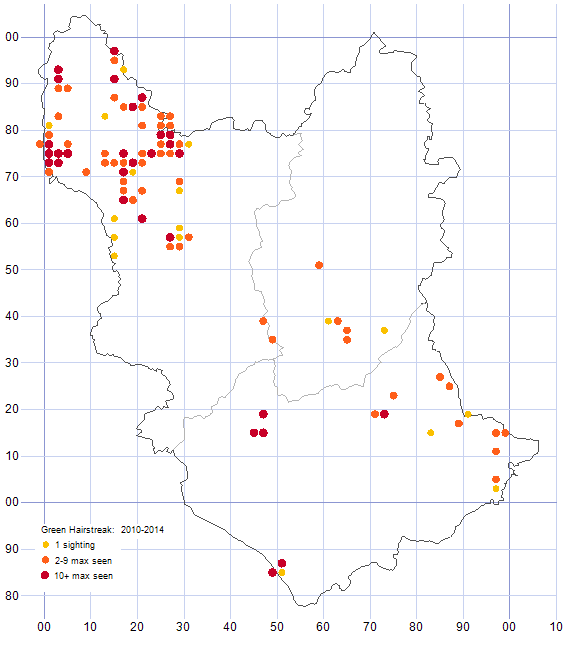 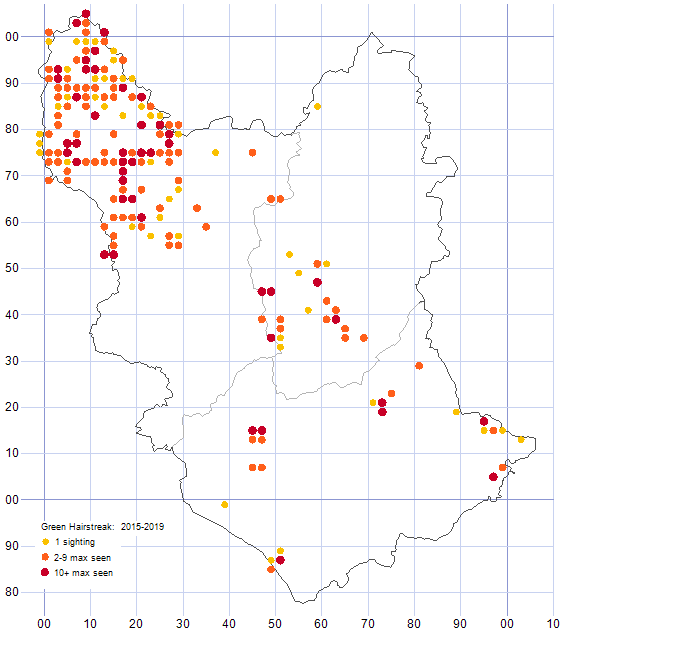 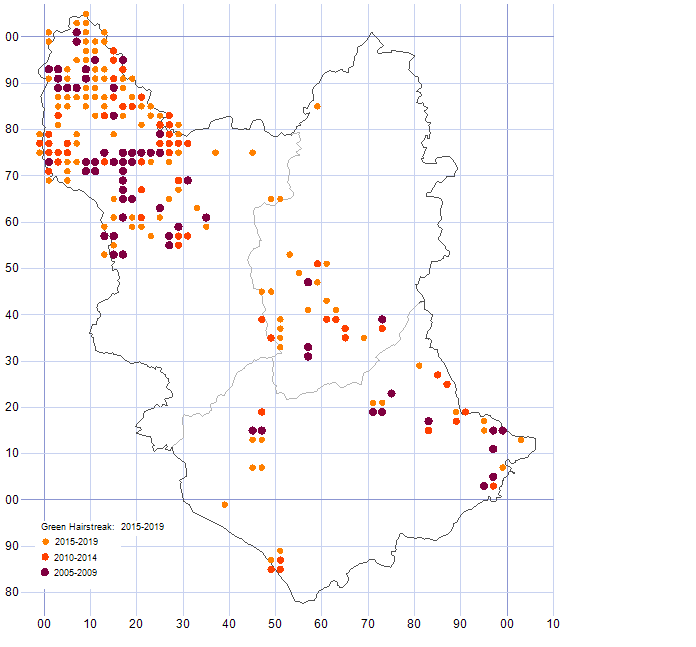 Distribution has expanded significantly in the Peak District, and there are encouraging signs of more records from other parts of the region. 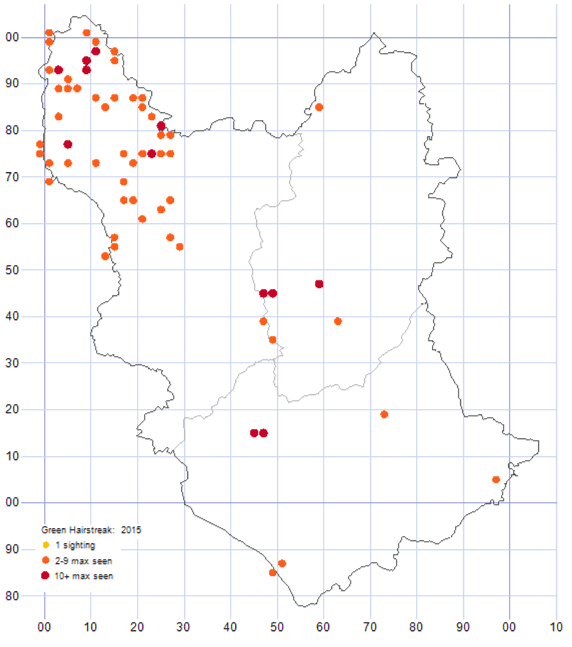 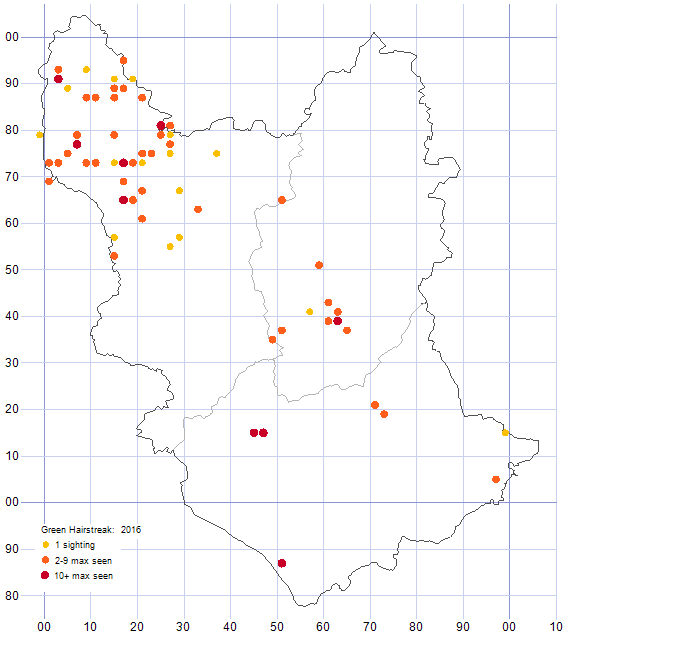 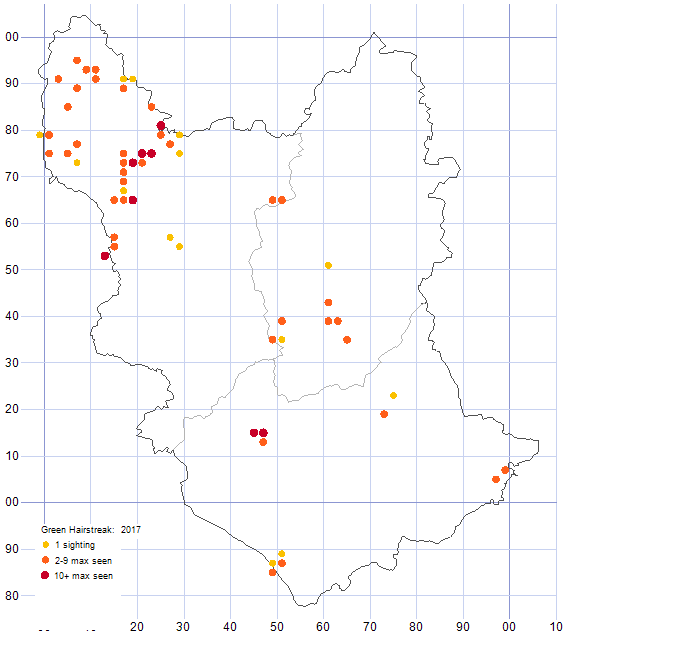 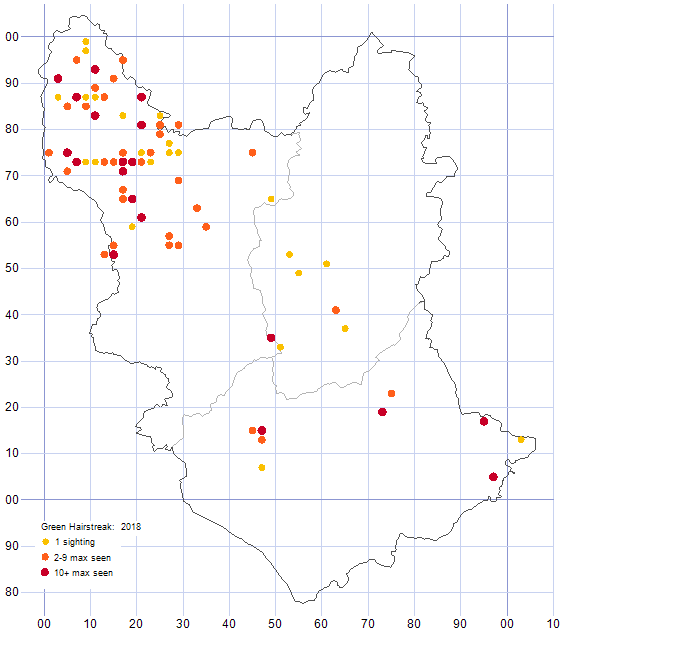 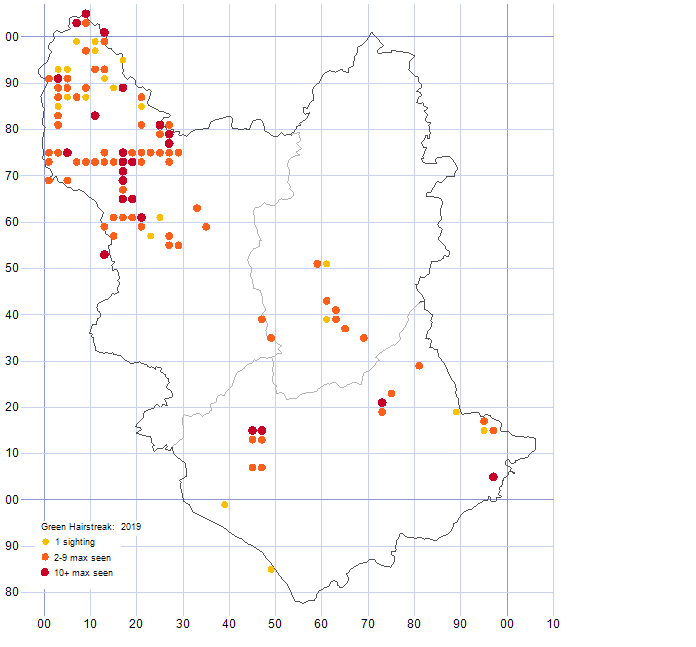 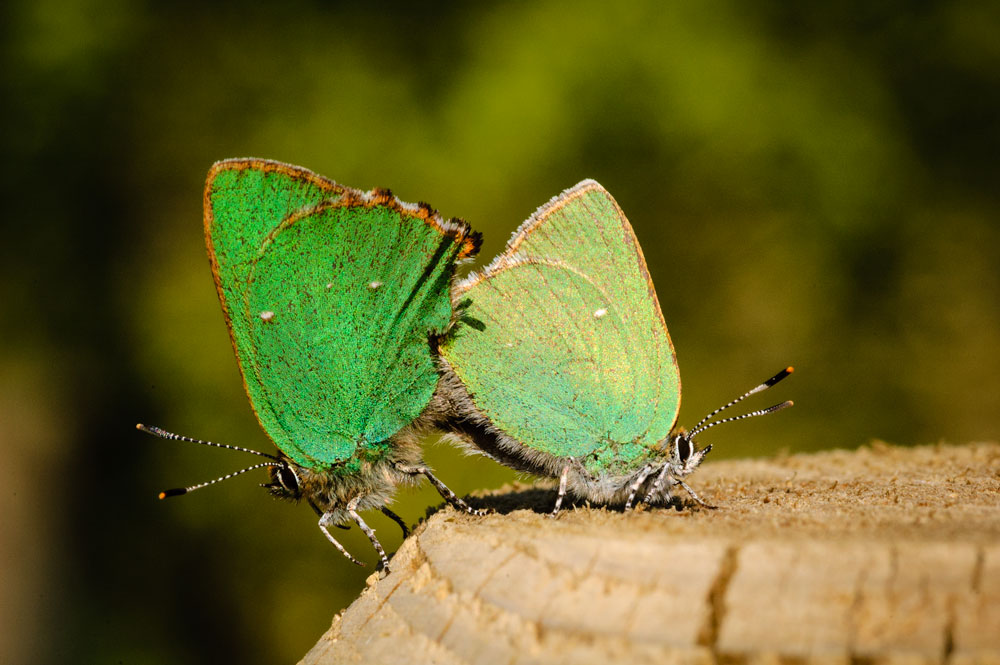 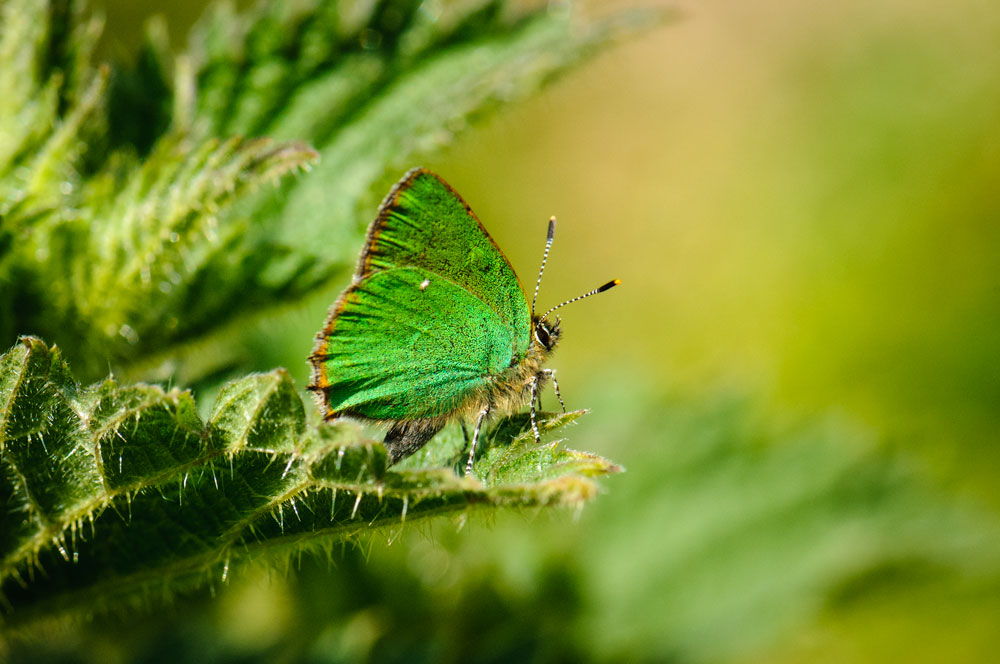 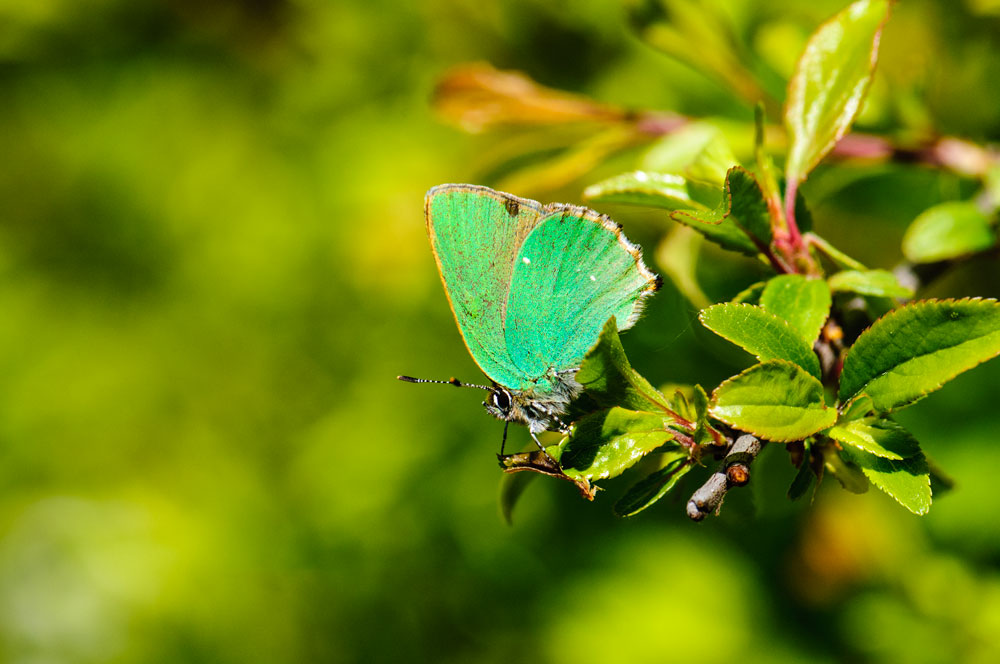 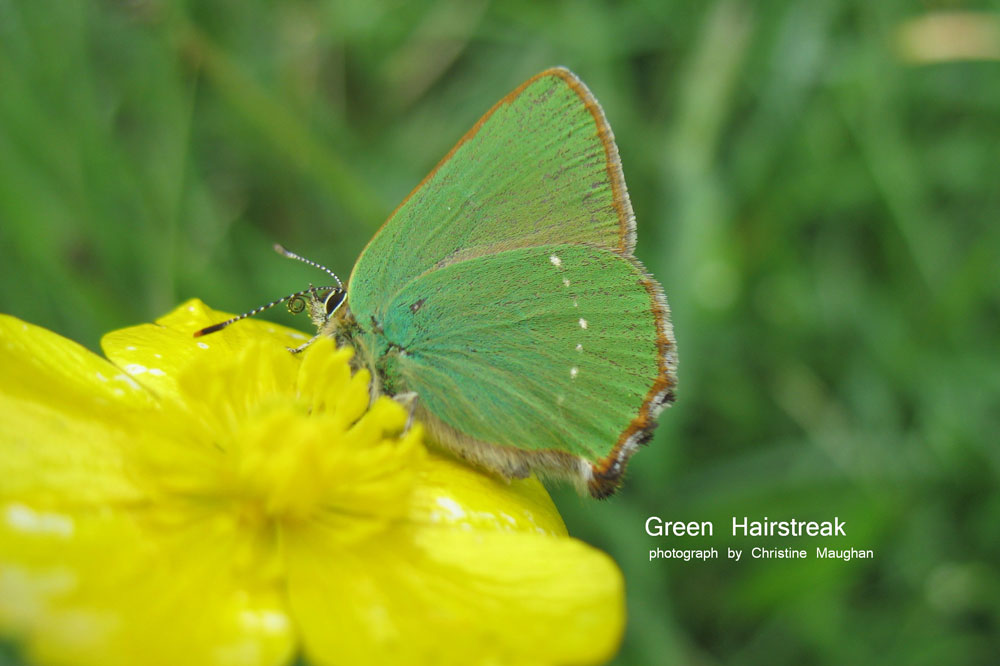 Old and overmature Green Hairstreak can lose much of their green colouration, leaving only a dull brown. This can cause confusion with other small brown butterflies.