Grizzled Skippers are found in self-contained colonies in a variety of habitats in the south of the UK. Outside central southern England the species is now rare, and in the East Midlands is confined to a small number of scattered colonies in former industrial sites, generally on waste ground and sunny banks supporting sparse, scrambling vegetation, particularly disused railways, old quarries and spoil heaps. The decline is due to habitat loss resulting from changing patterns of land use, but it has been shown to respond well to conservation management.

It is the smallest of our skippers, and is a restless, energetic butterfly which is difficult to follow in flight. Easiest to identify when basking on bare ground or in sunny hollows, it has a pattern of white chequers on dark wings with black and white fringes.

The Grizzled Skipper is a spring butterfly which is on the wing from late April until late June, occasionally flying from as early as late March on warm spring days.

Eggs are laid on Wild Strawberry, but sometimes on Agrimony, Creeping Cinquefoil or Tormentil. 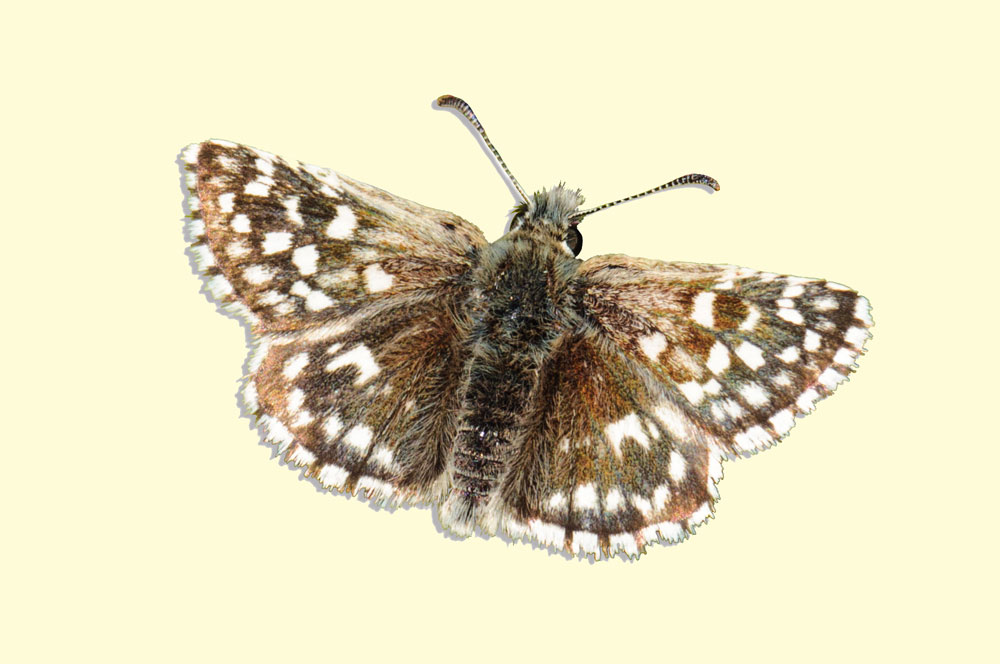 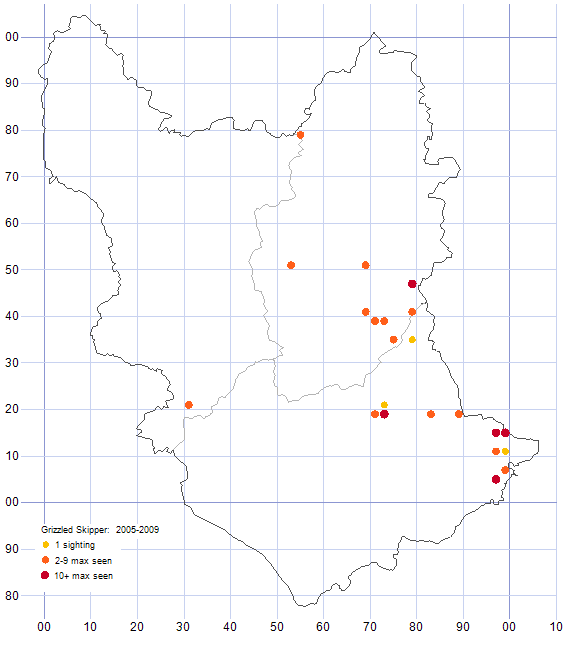 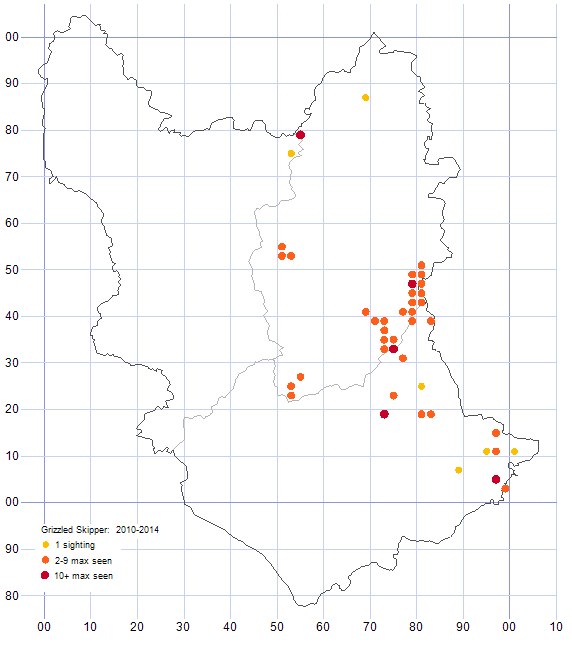 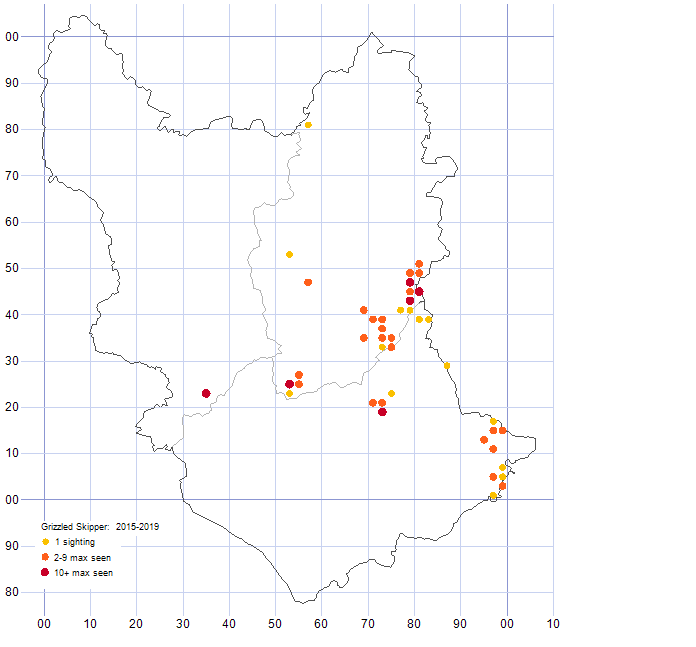 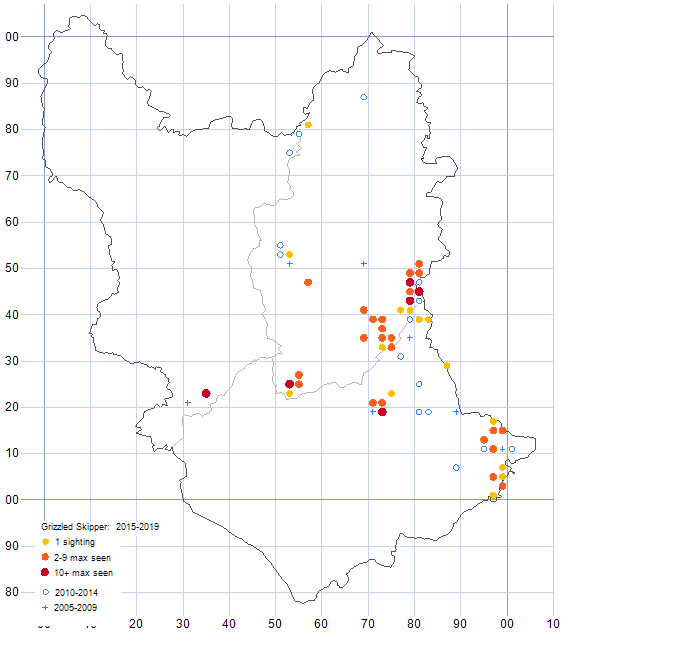 This appears to show a consolidation in areas where conservation efforts have been concentrated in the east of the region, but also indicates a decline in N and W Nottinghamshire. 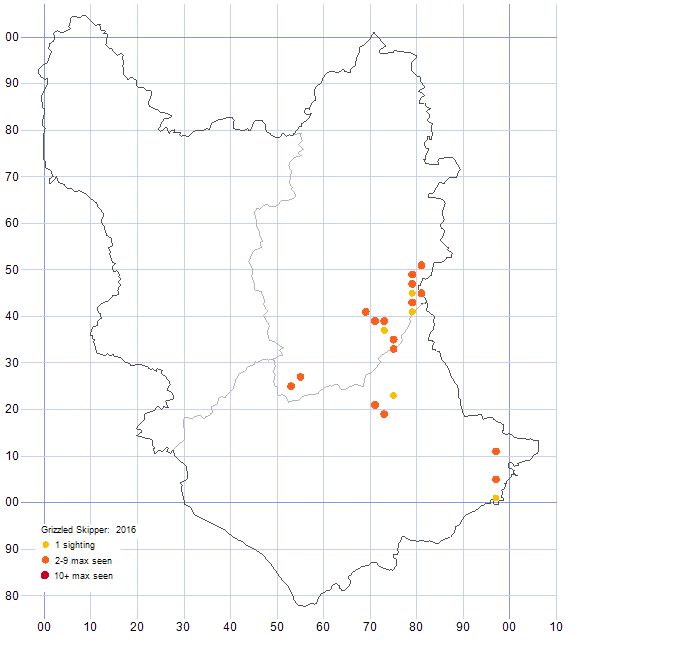 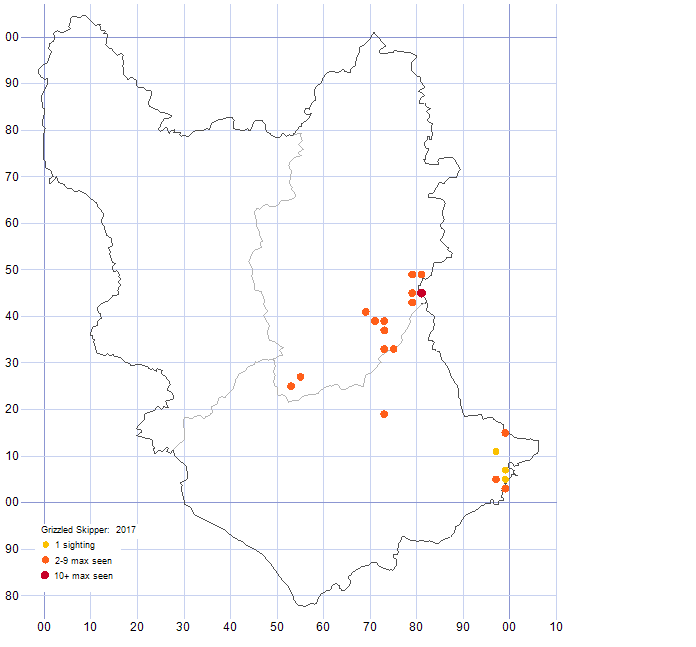 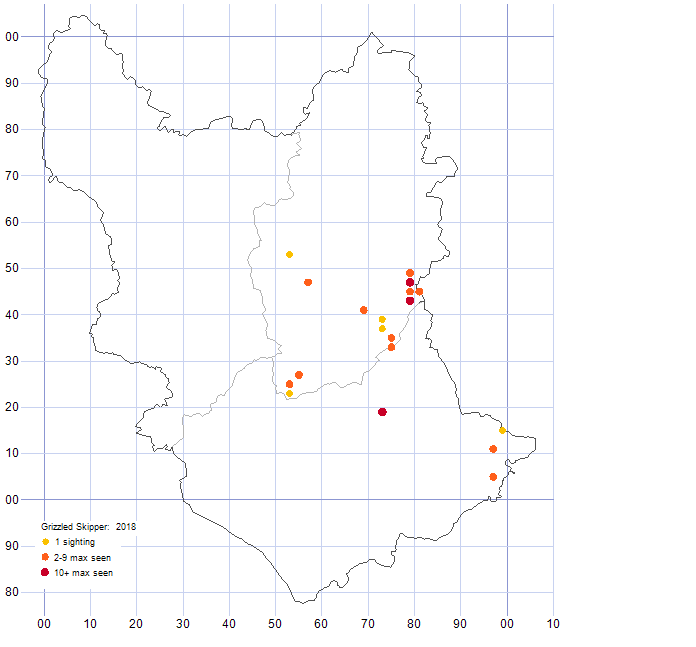 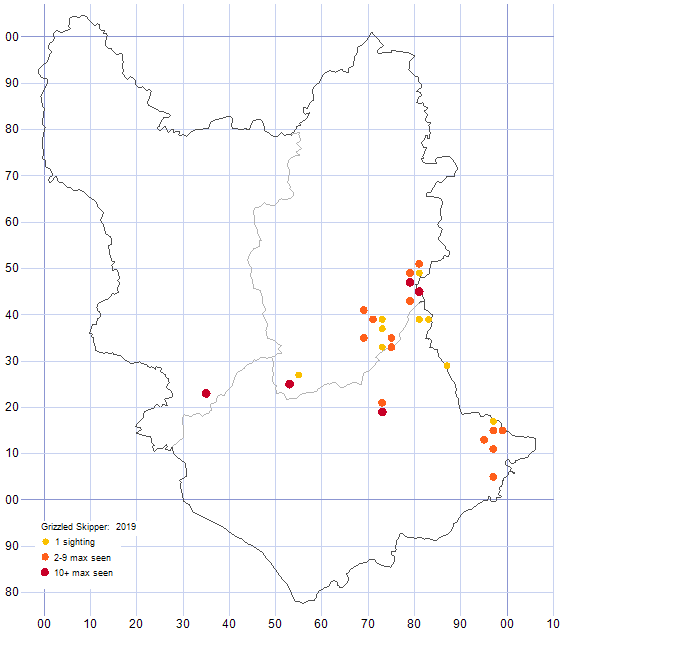 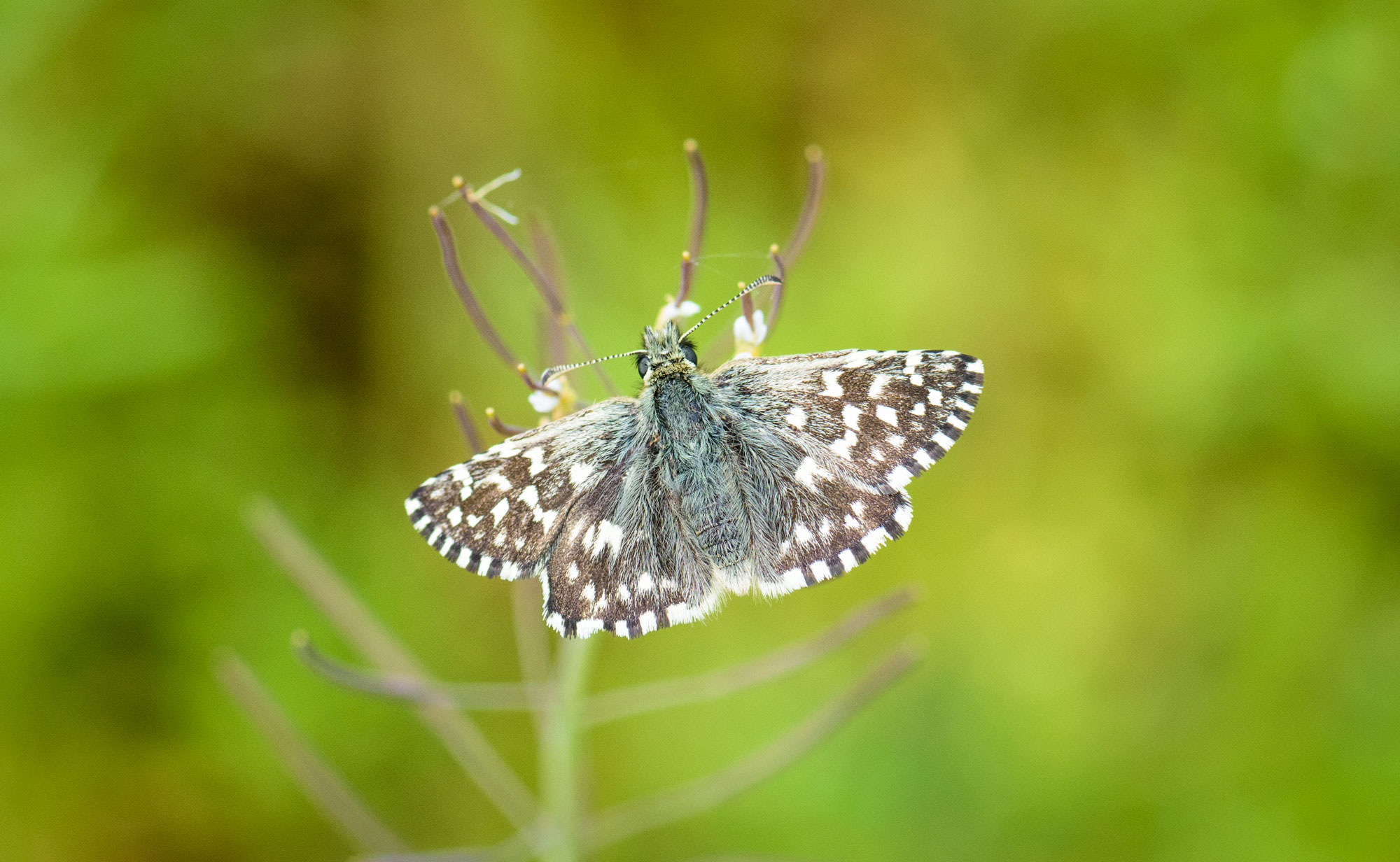 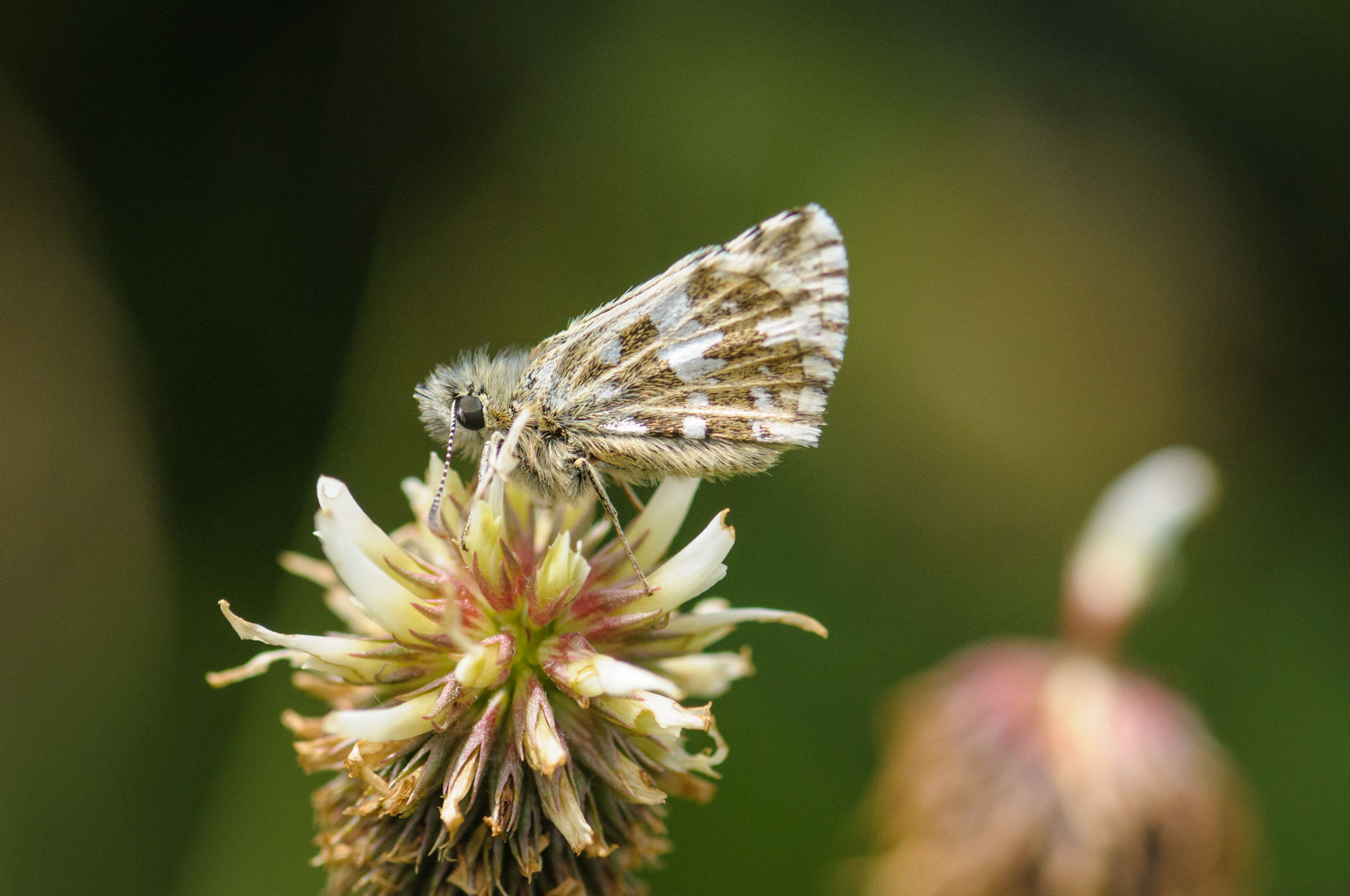 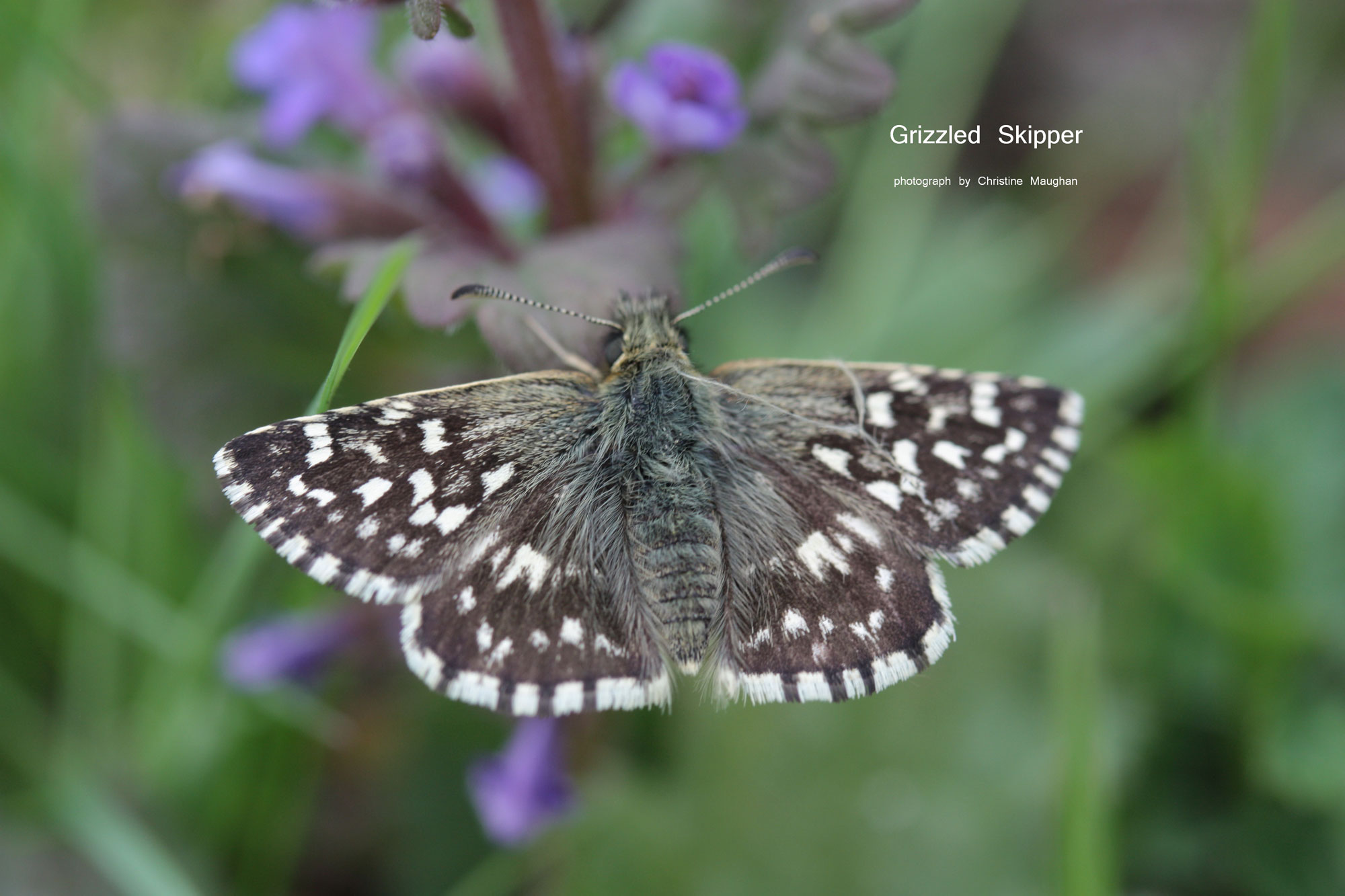 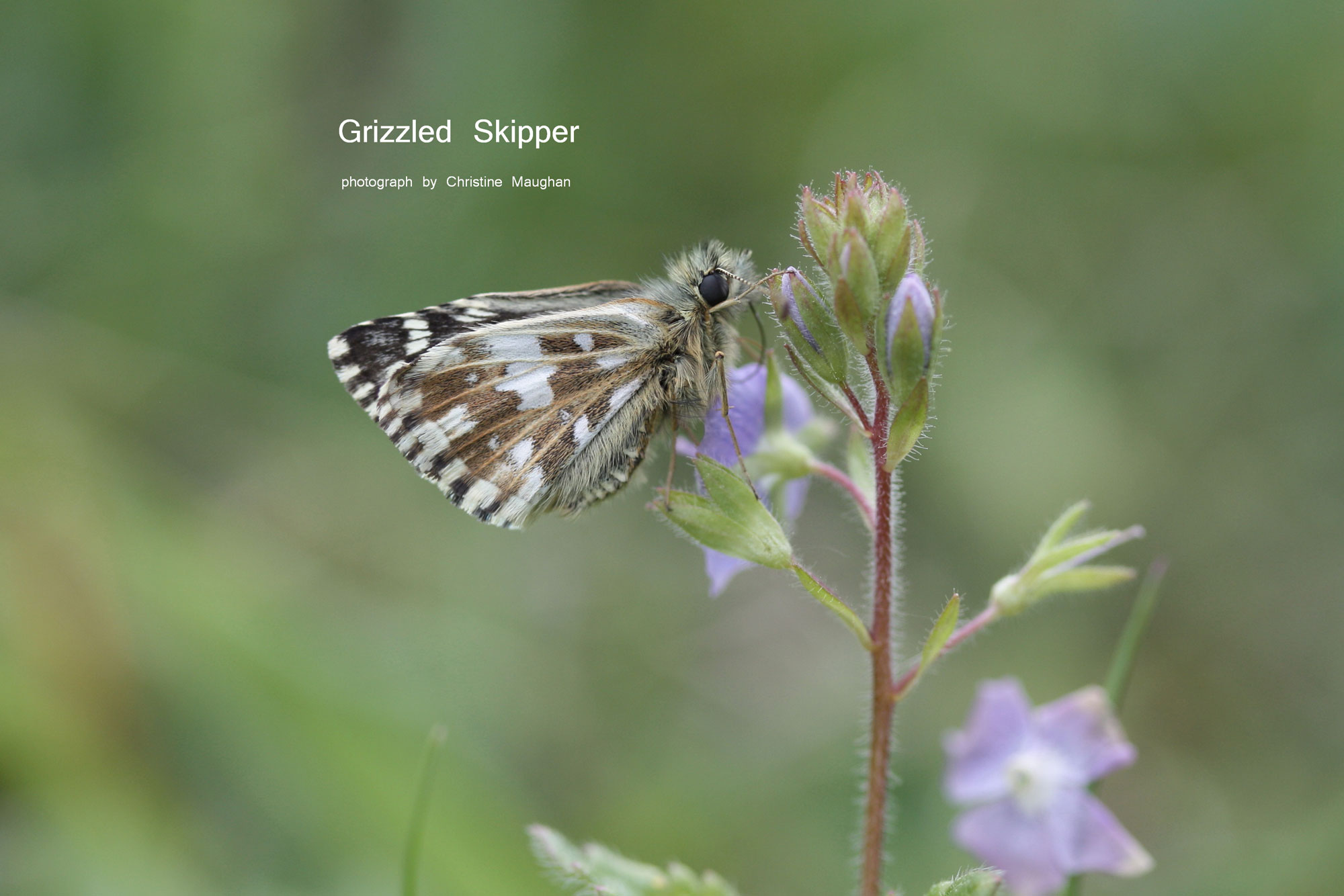 The Grizzled Skipper is a very small and distinctive butterfly, with a wingspan of a mere 26mm. It would be difficult to mistake this for any other butterfly species in the UK.

Although it is larger and lacking the distinctive checker board patterning, one possible confusion species may be a worn specimen of Mother Shipton moth.

The striking wing markings resemble a caricature of the Yorkshire witch Old Mother Shipton. Its flight season is from May to June preferring sunny days.