The Holly Blue has extended its range northwards over the last few decades, now reaching as far as Cumbria. It is found in woody parks, churchyards and gardens, basking high on the foliage of trees, and feeding on the honeydew of aphids or salts from damp mud, rather than nectaring on flowers.

The male is violet-blue and can be confused with the Common Blue male. The female has distinctive black wing tips, and both sexes have pale blue undersides with black spots.

Generally double-brooded further south, it is on the wing from late March to late June, and again from July to early September. Numbers fluctuate widely from year to year. 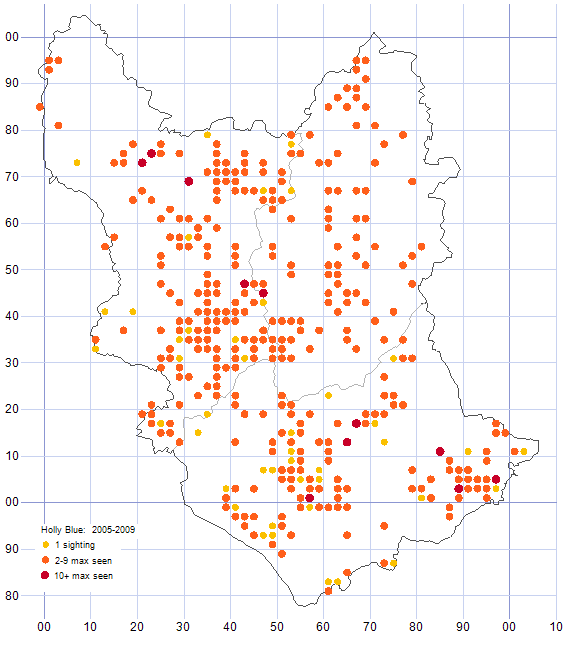 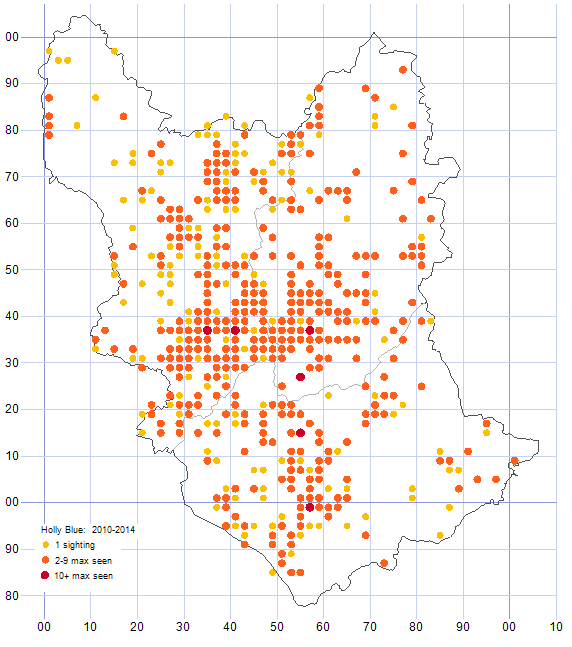 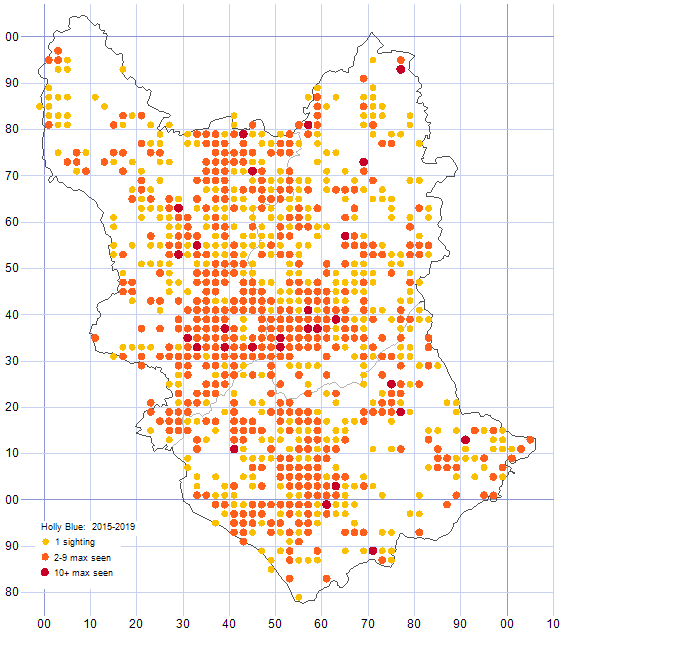 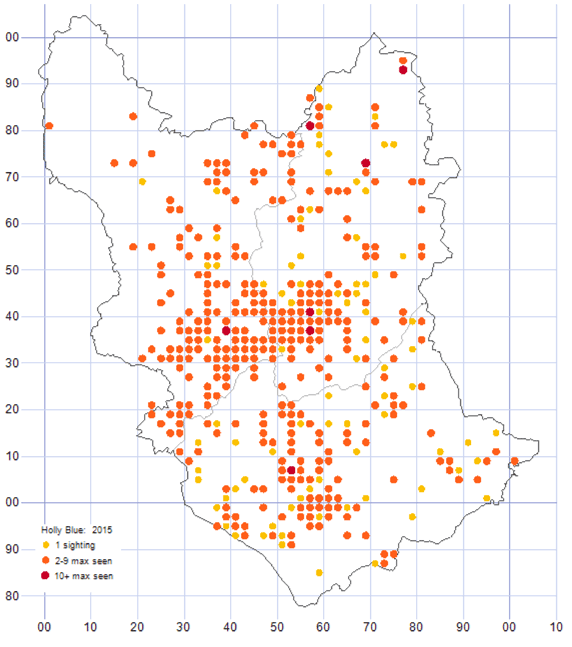 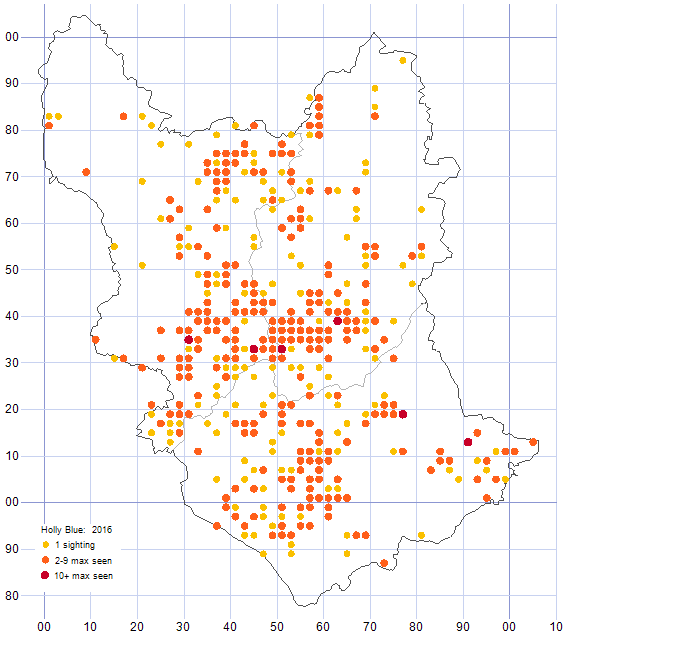 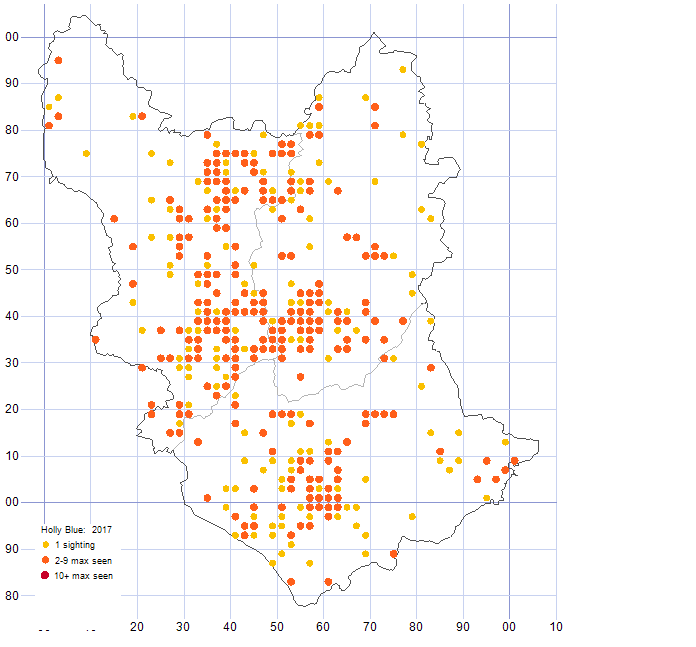 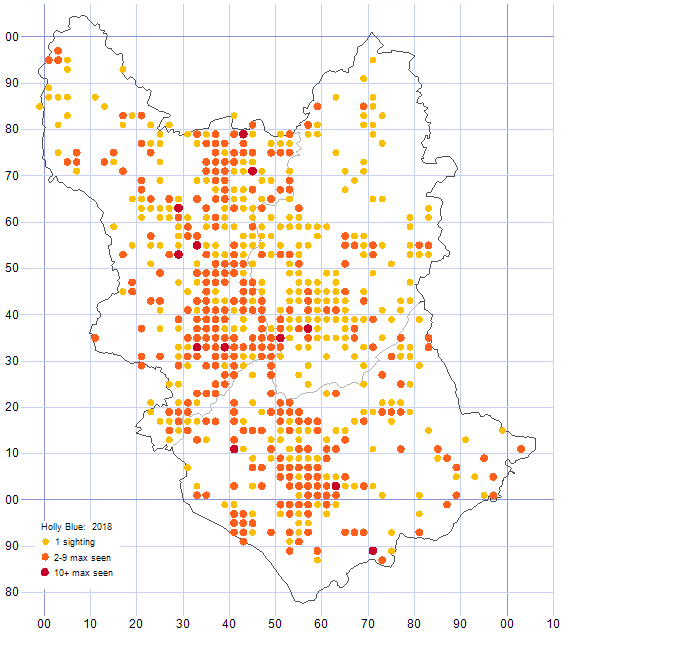 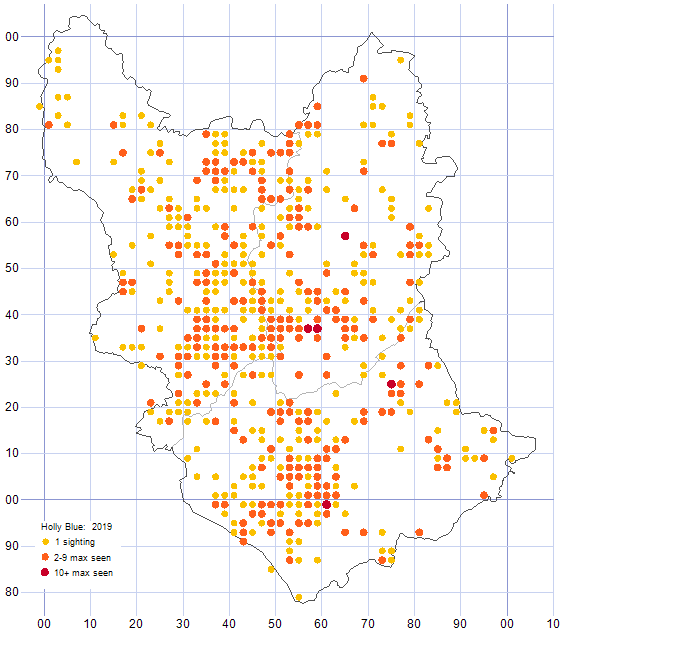 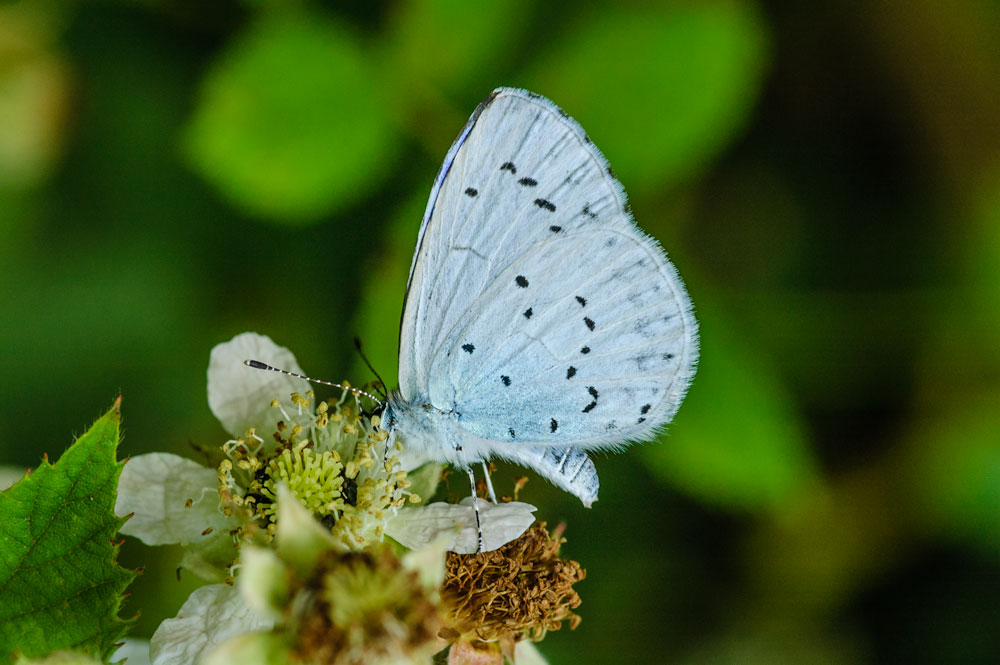 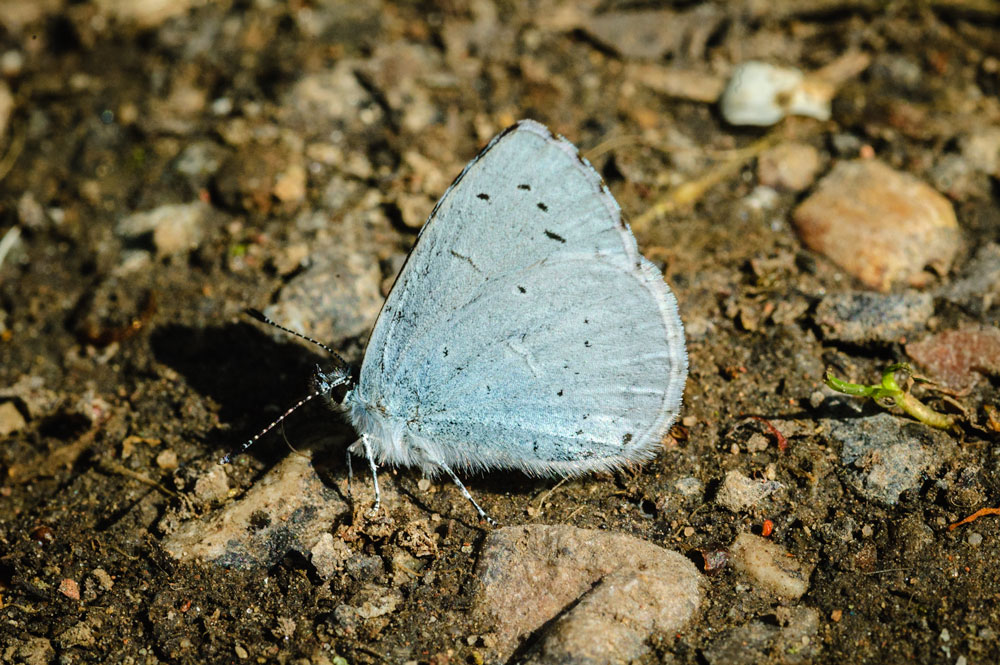 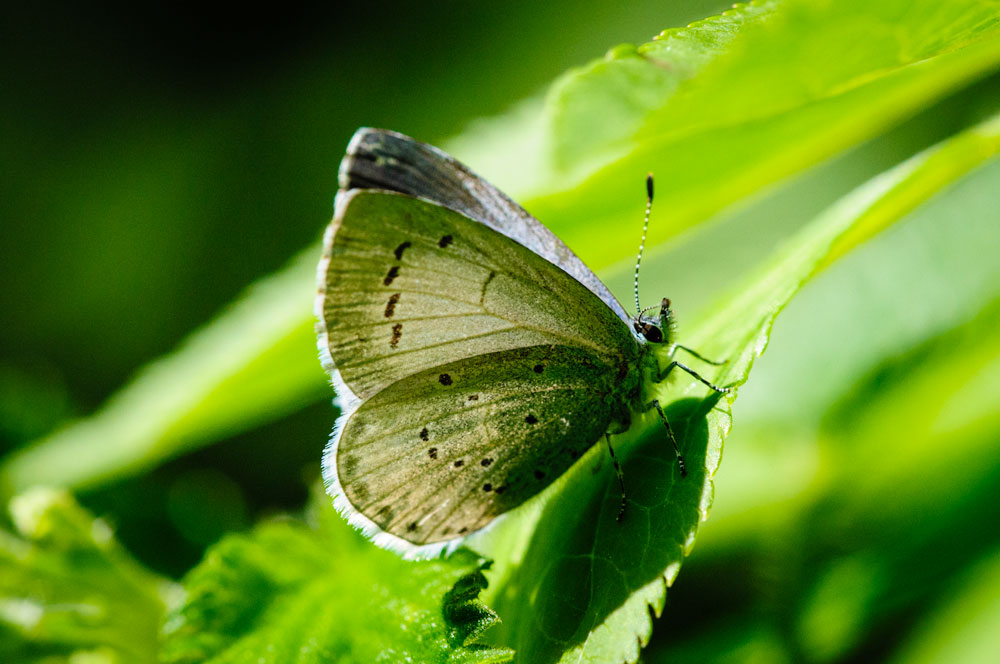 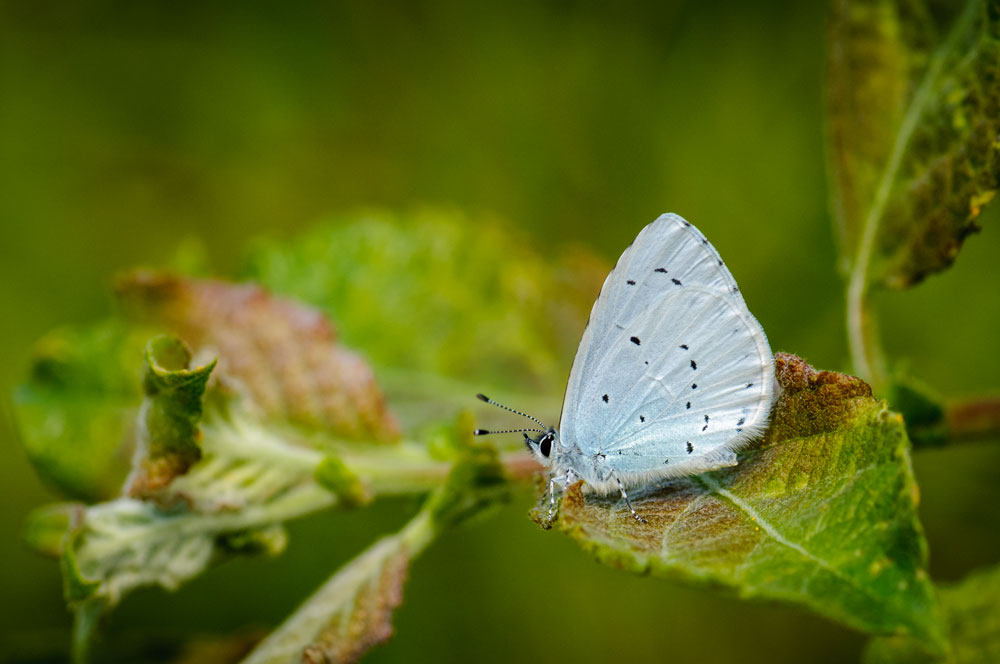