The Purple Emperor is a very localised butterfly, well established in areas such as Northamptonshire to the south of the East Midlands area, and it appears to be moving gradually northwards through our region. It has been recorded in small numbers in Nottinghamshire and in Rutland since 2015. It is found in large mature broadleaved forests with sunny rides which support good growths of sallow, the caterpillar's food plant. It spends much of its time high in the canopy of large trees, but males are often most conspicuous during the early part of the flight period when they commonly descend to feed from damp puddles or animal dung.

The Purple Emperor is a much prized butterfly because of the rich iridescent purple sheen on the upper wings of the male. The amount of purple varies depending on lighting. Females lack the iridescence and appear as large dark butterflies with white bands across the upper wings, but the undersides of both sexes are similar. Purple Emperors have a powerful gliding flight, similar to White Admirals with which they can be confused.

The flight period is from late June to the end of August.

Eggs are laid singly on the upper edge of sallow leaves or occasionally Crack-willow. 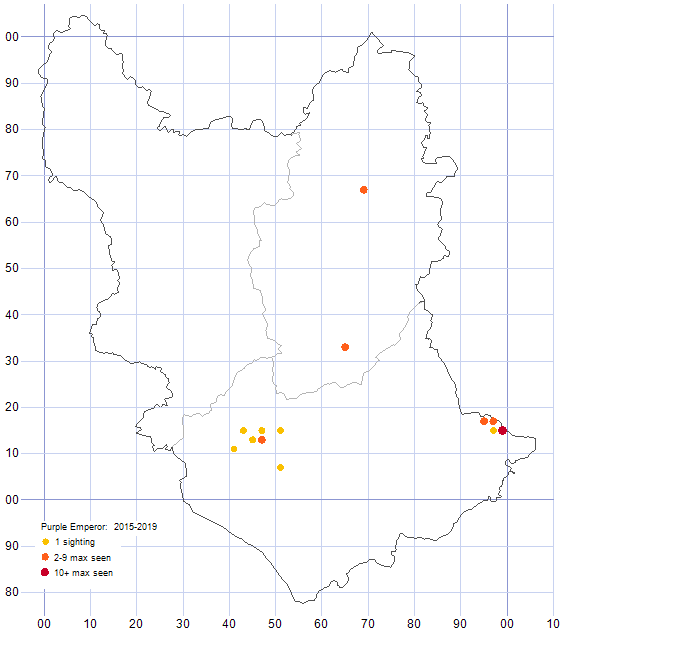 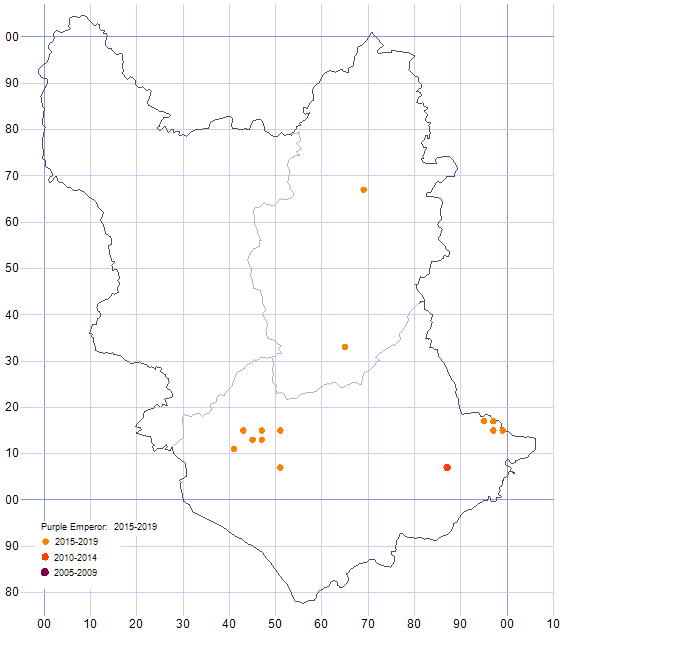 There were no records at all during the first five years of this comparison. The Purple Emperor is, however, making progress northwards through the region, now being recorded in Nottinghamshire and more widely in Leicestershire. As yet there are no records for Derbyshire. 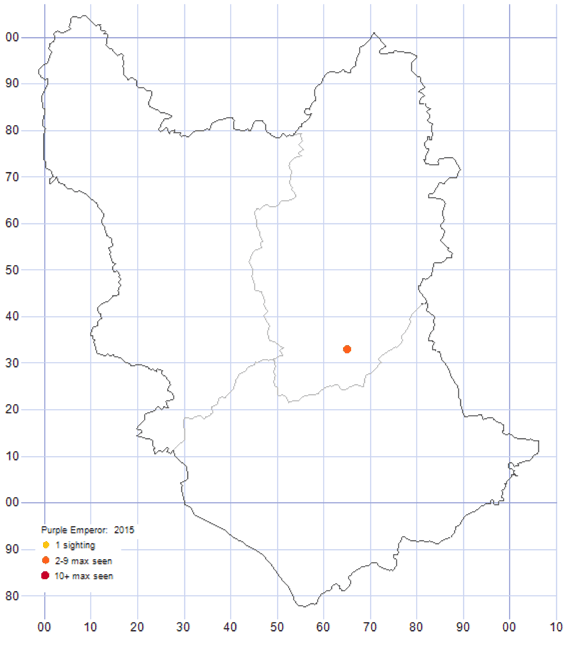 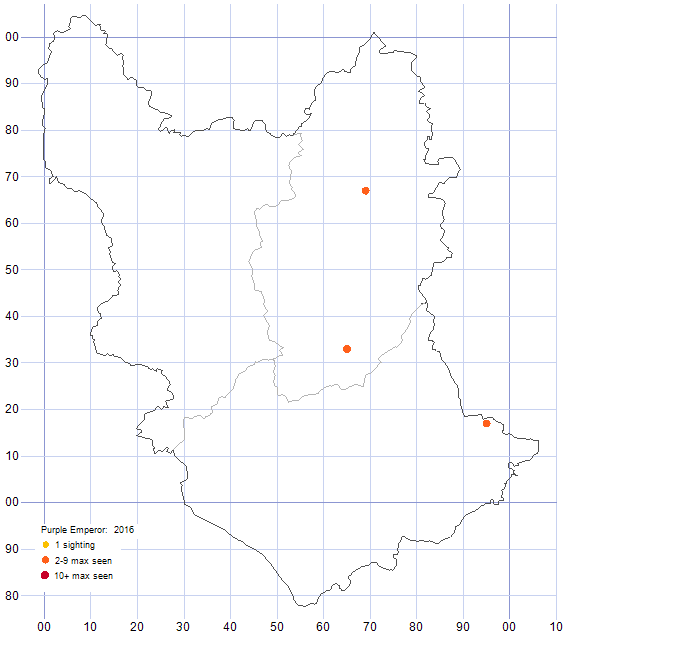 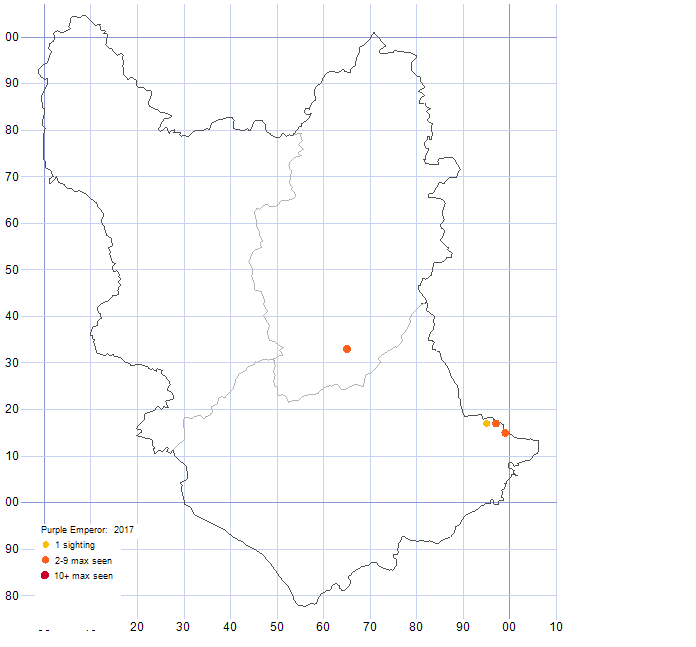 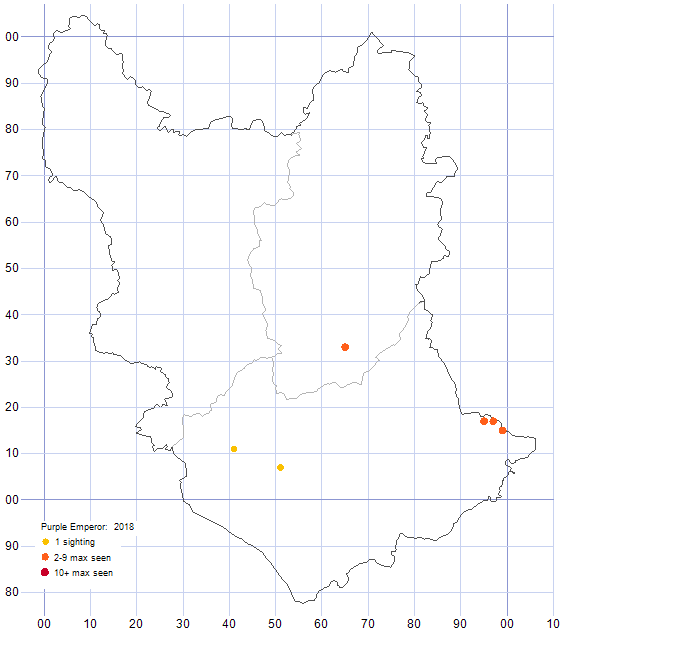 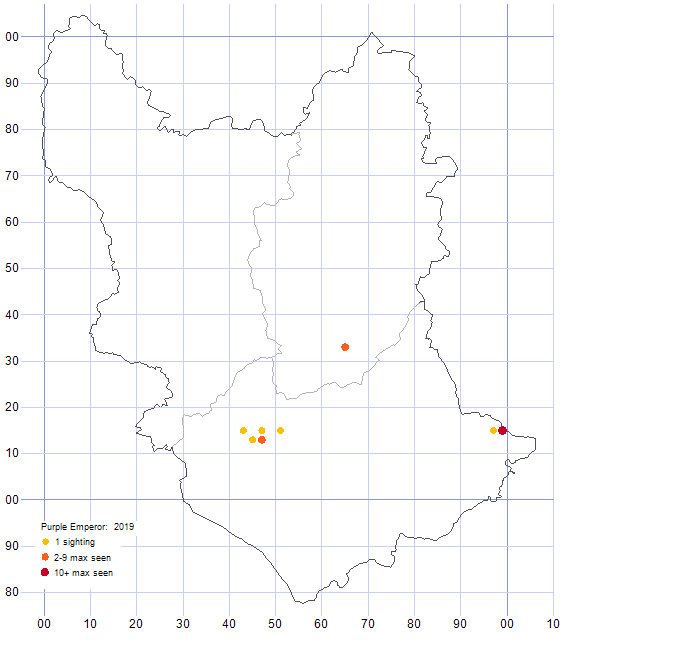