The Red Admiral is a common and widespread species throughout Britain. It is found in almost every habitat and is a familiar visitor to gardens. Actual numbers depend on migration from continental Europe, and North Africa, but it is known to overwinter.

It is unmistakeable with its black, white and red patterning.

It has been recorded during every month of the year, but the first major influx occurs during May and June. 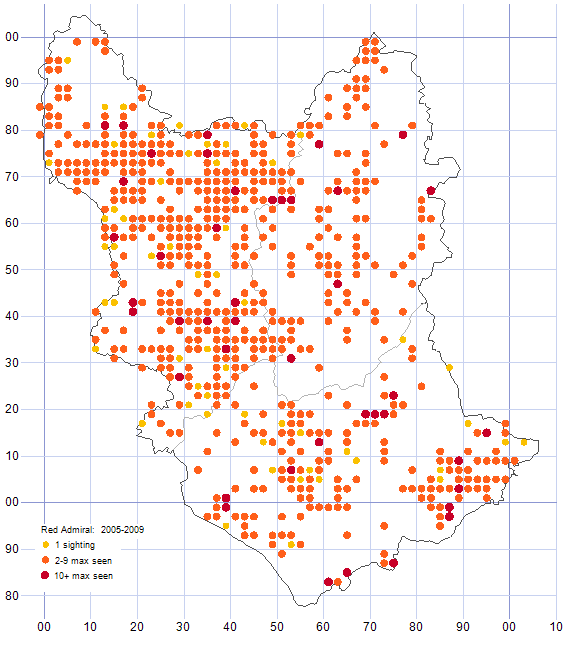 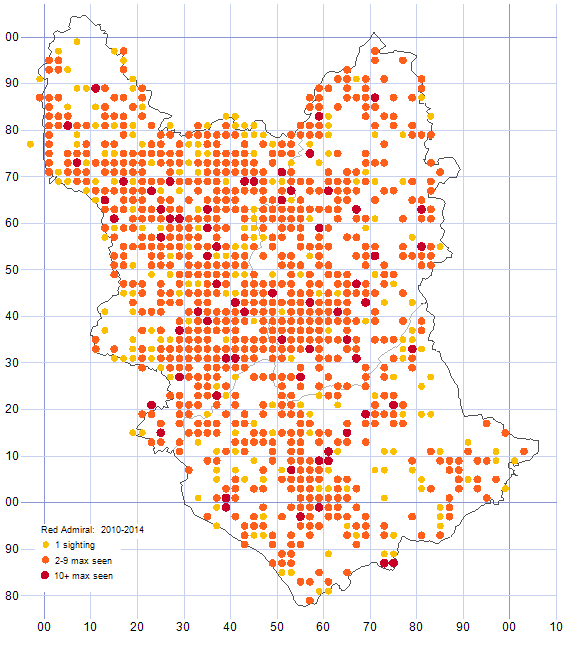 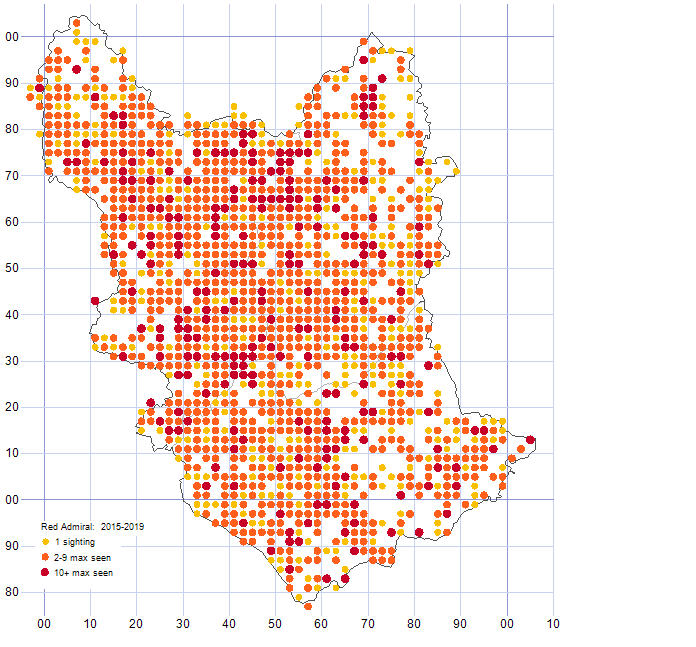 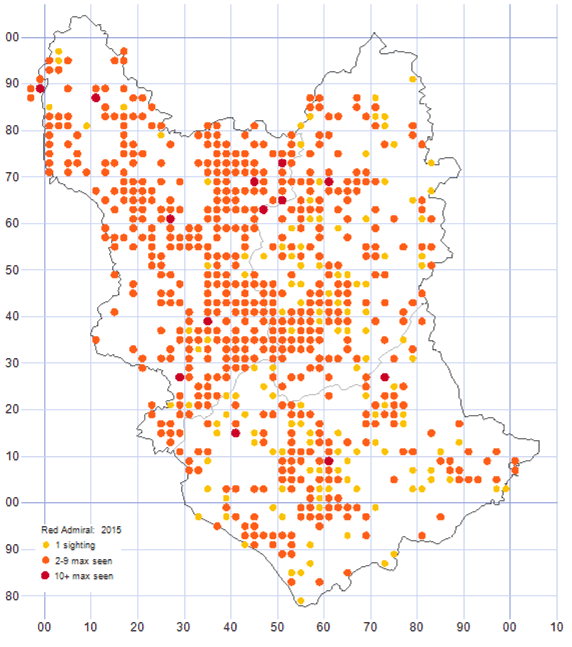 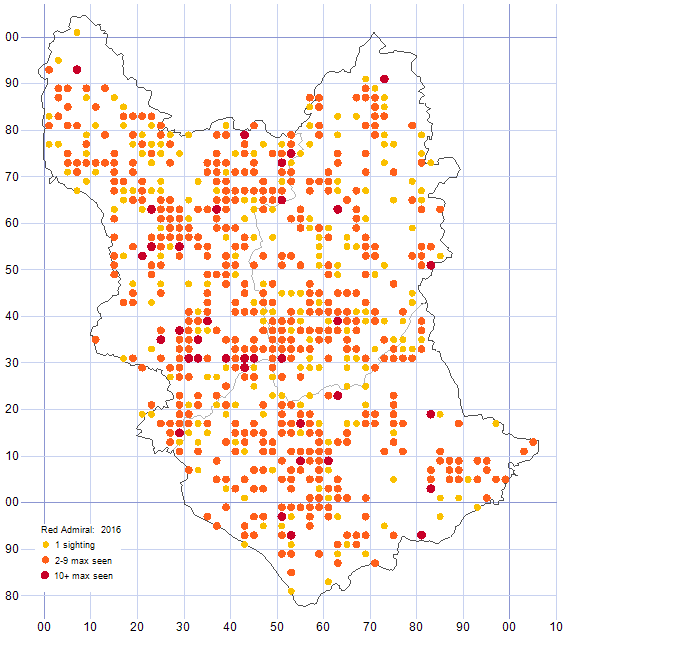 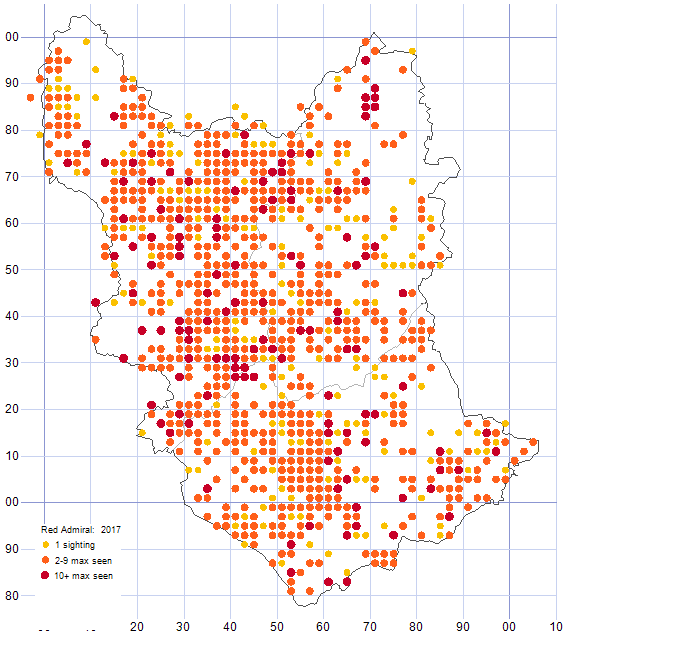 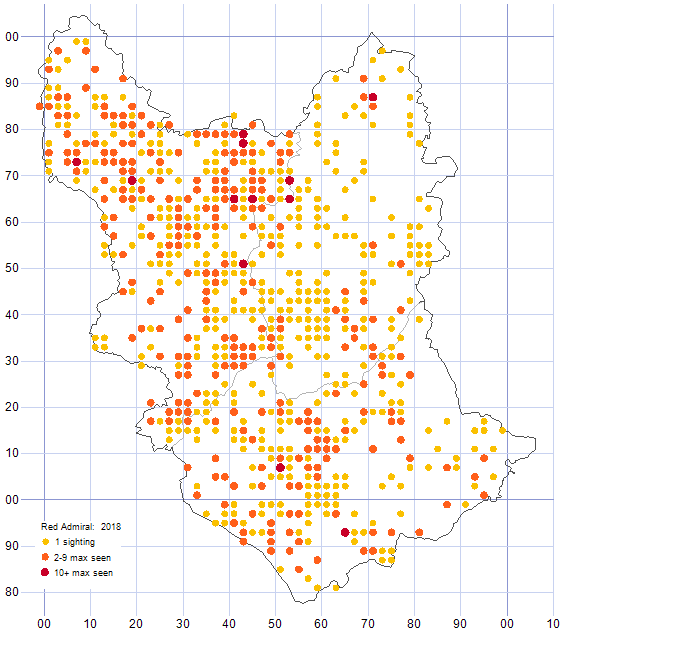 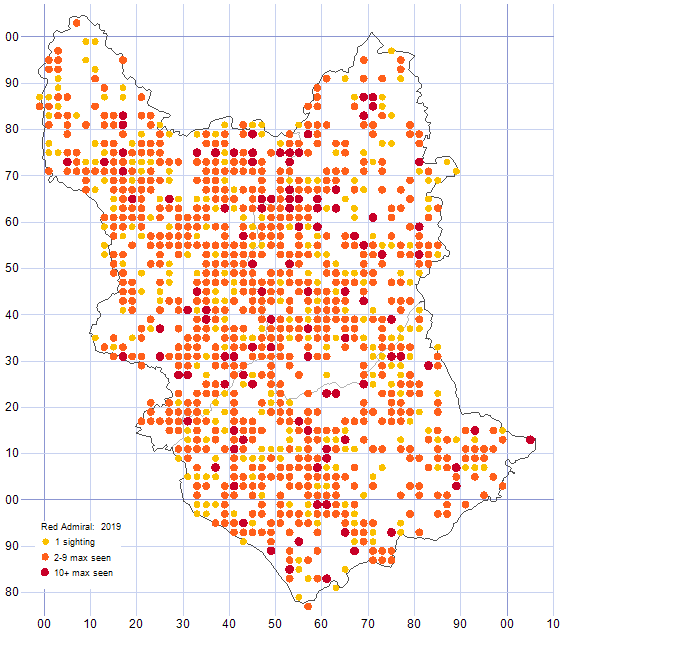 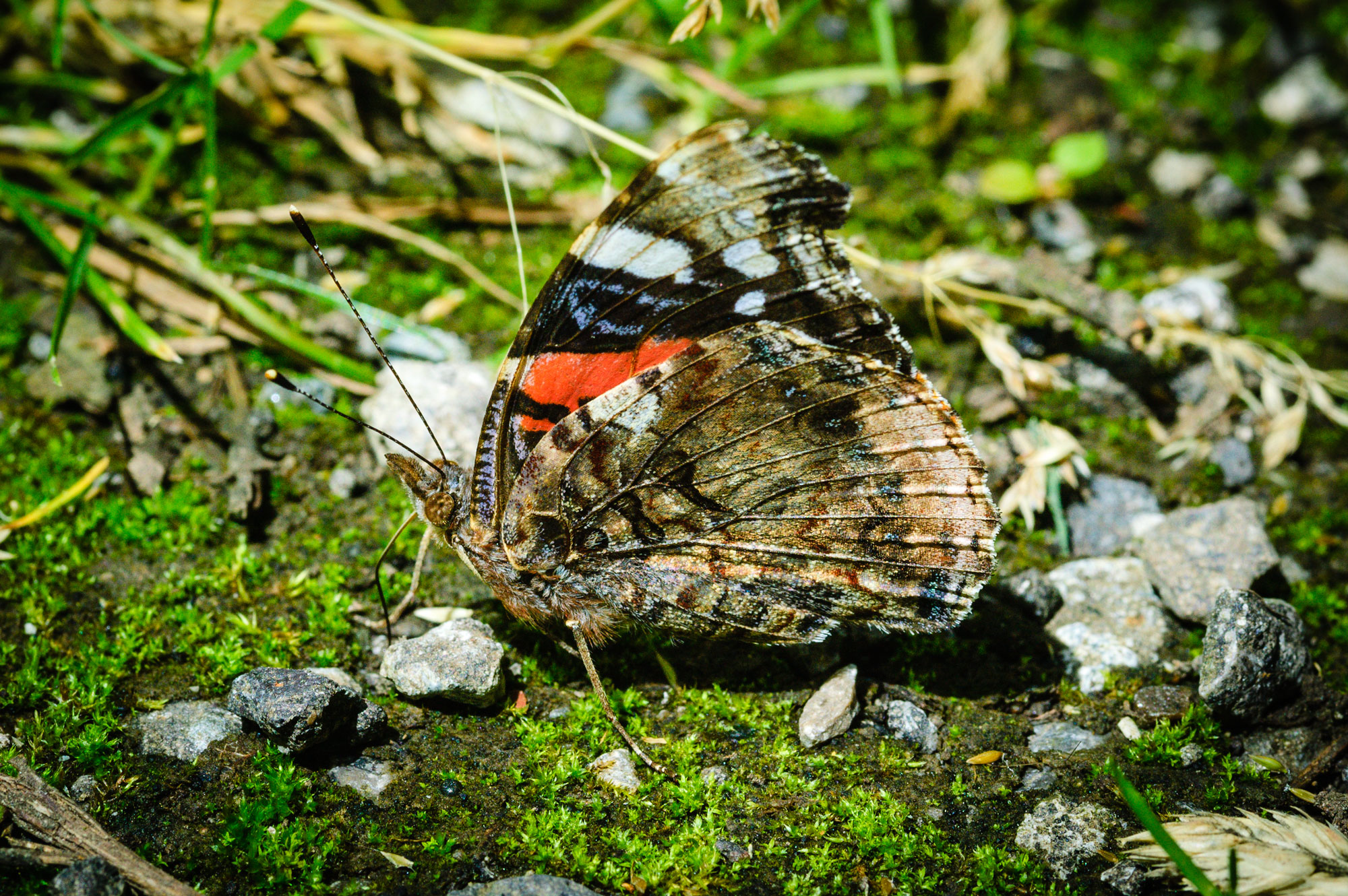 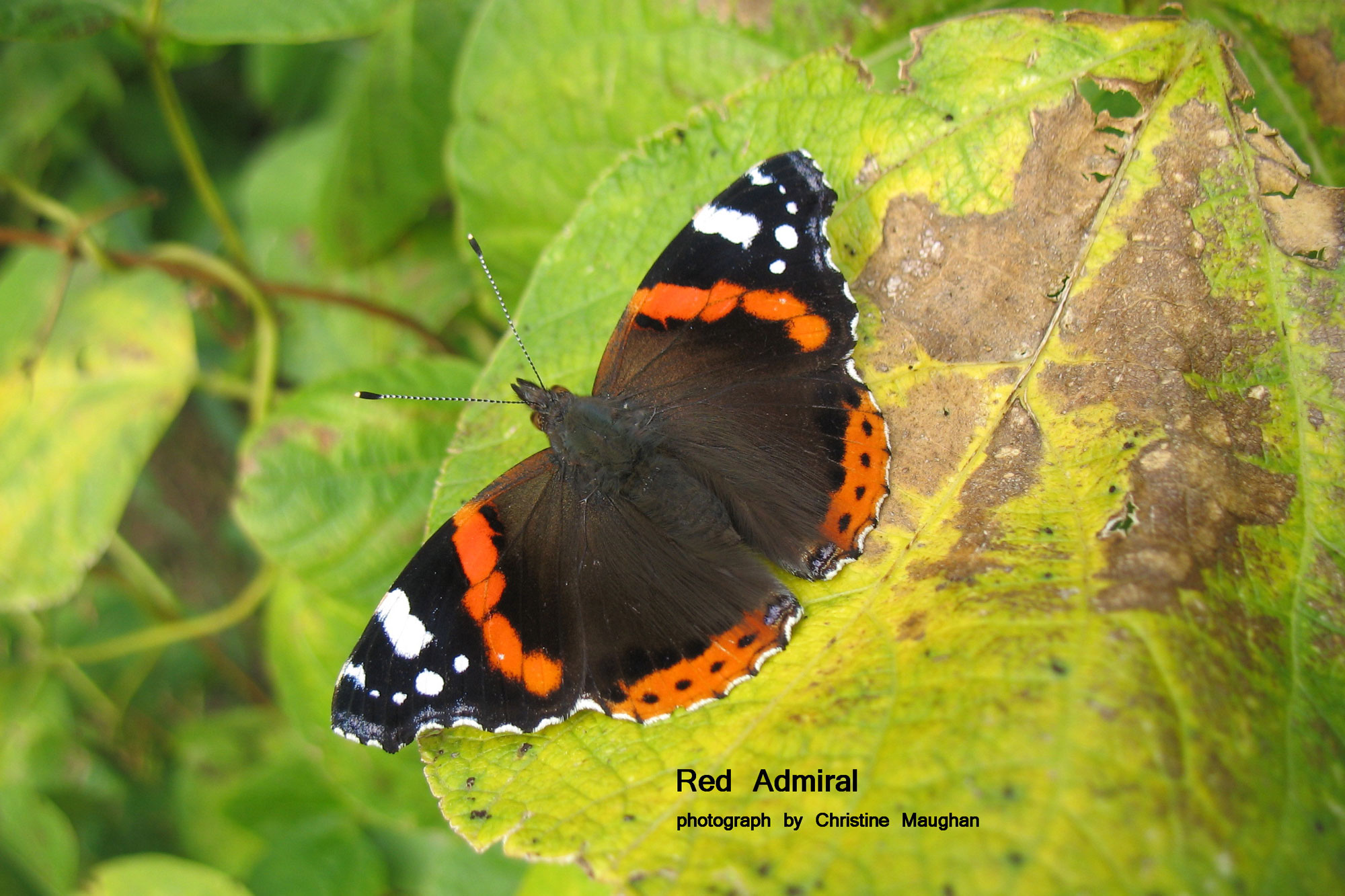 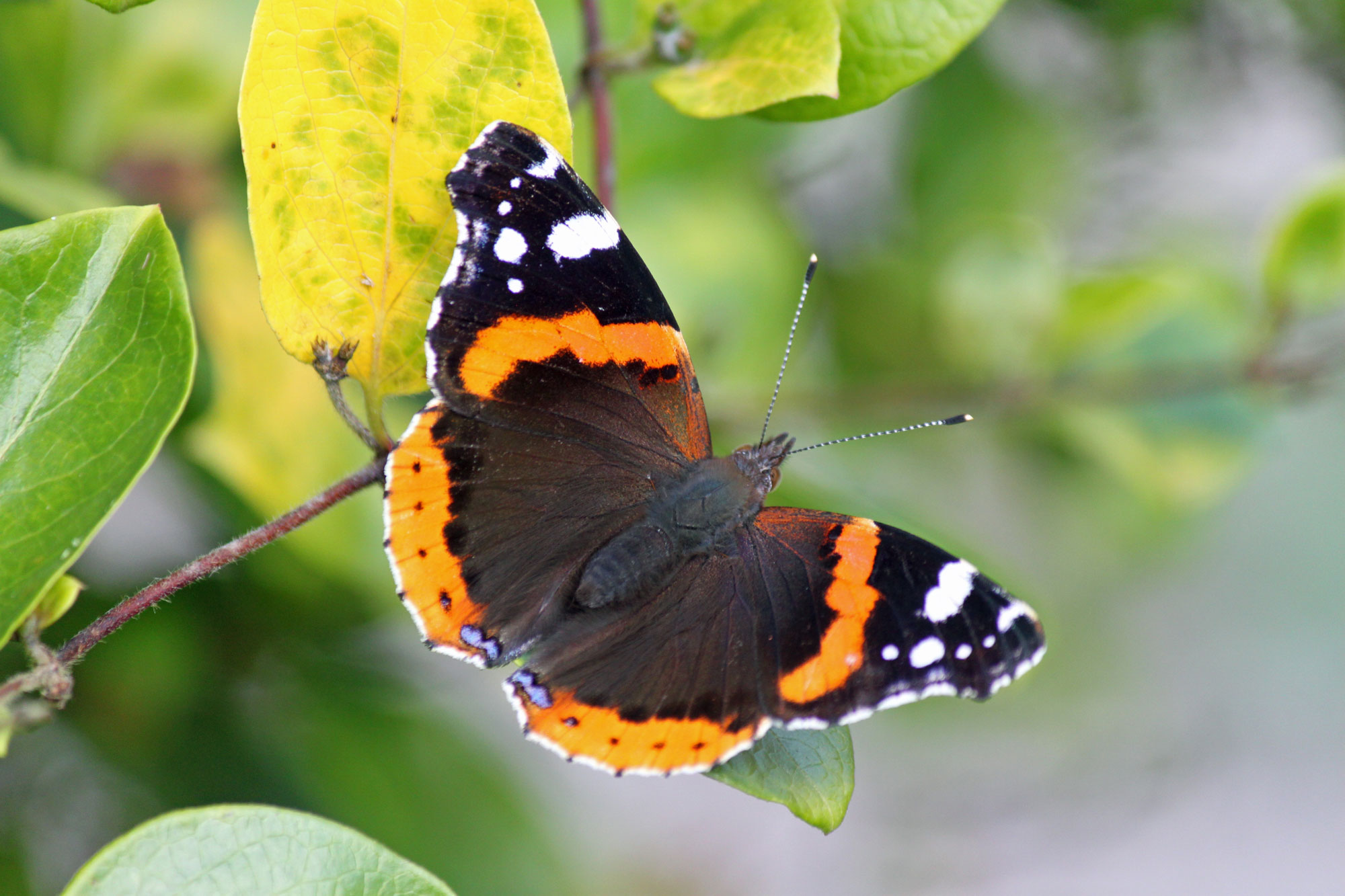 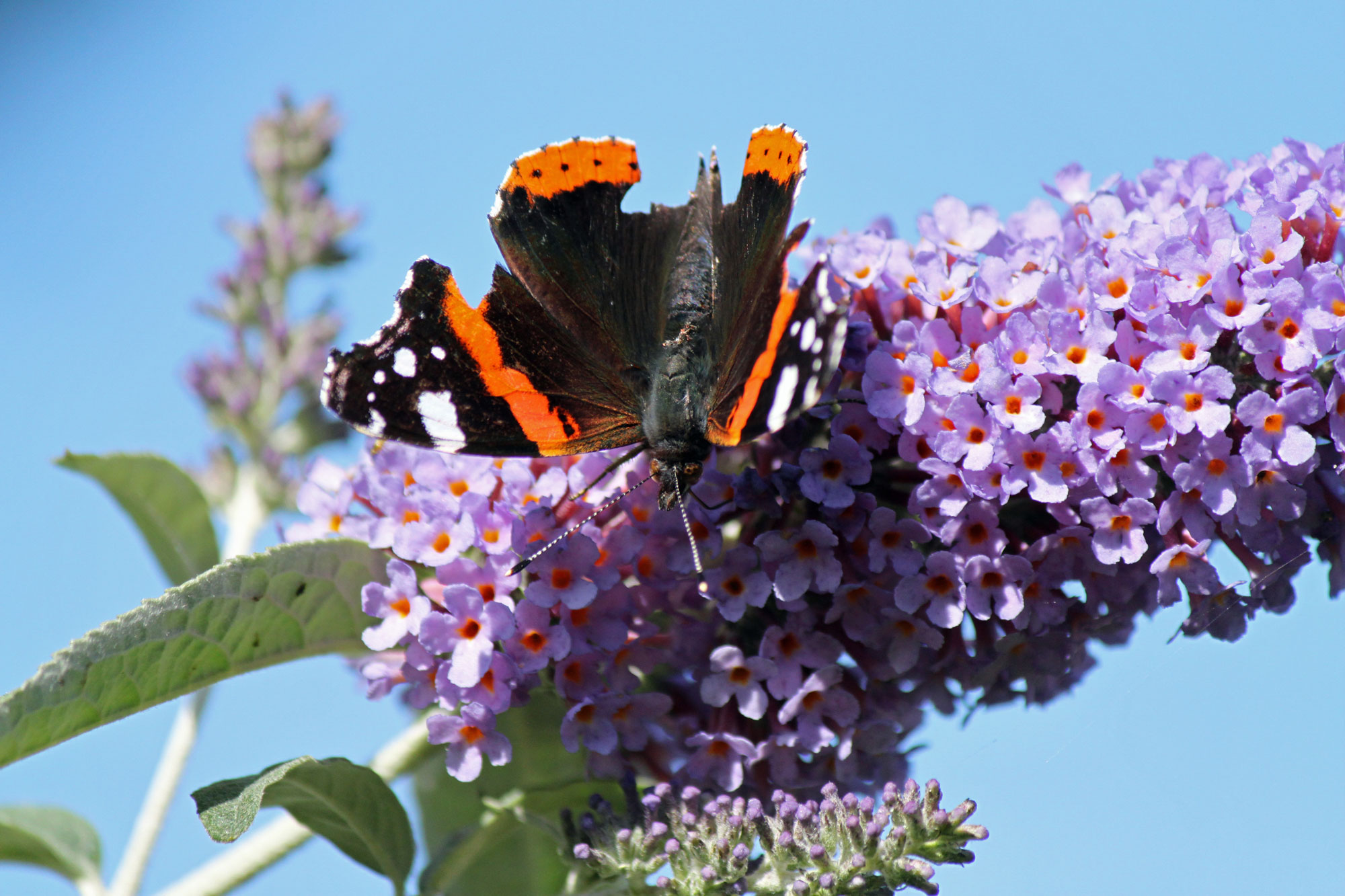 Small White are usually smaller and have paler and less extensive wing-tips than the Large White.