The Silver-washed Fritilary is quite common in large broad-leaved woods in southern England but has declined over the last century, particularly from the north and east. In the East Midlands region it is seen sporadically and was not recorded in 2007 or 2008.

The Silver-washed Fritilary is a large, distinctive fritillary with golden-brown wings and black markings on the upper wing, but is differentiated from other fritillaries by the subtle silver markings on the underside.

There is a single generation flying between mid June and early September.

Eggs are laid singly in a crevice on the trunk of oak trees close to growth of Common Dog-violets. 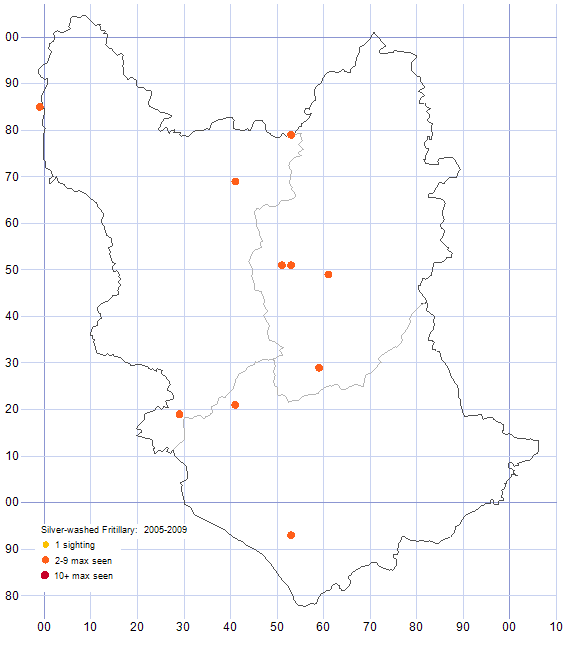 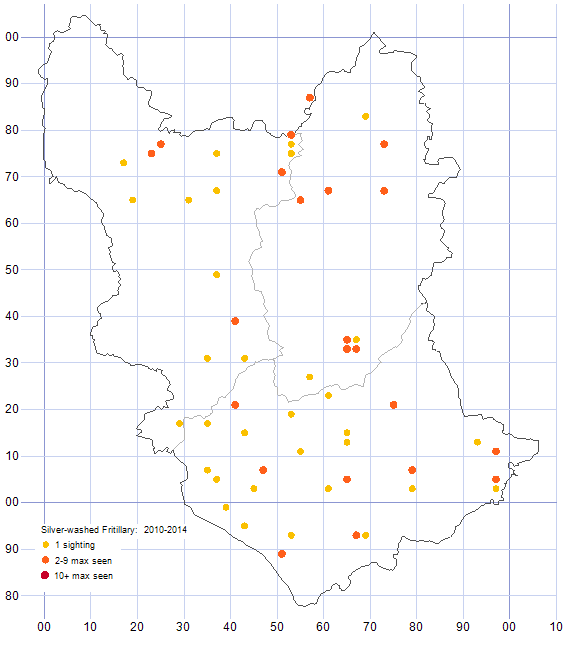 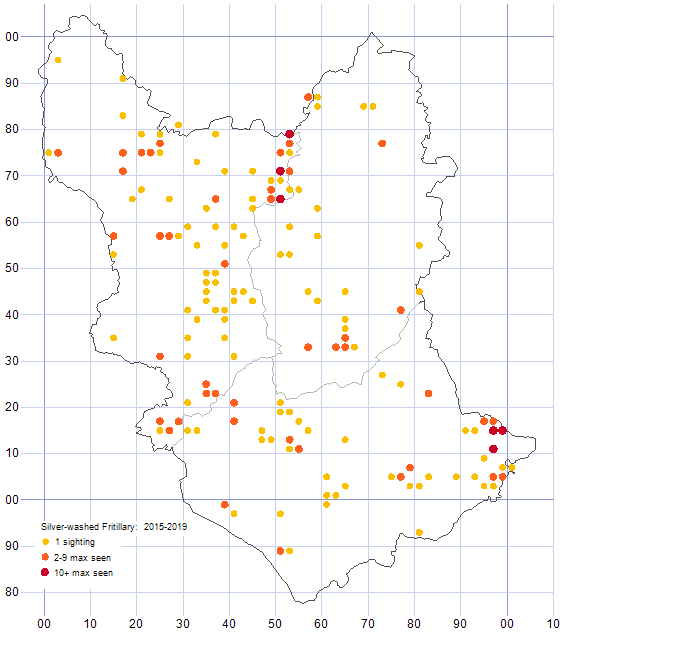 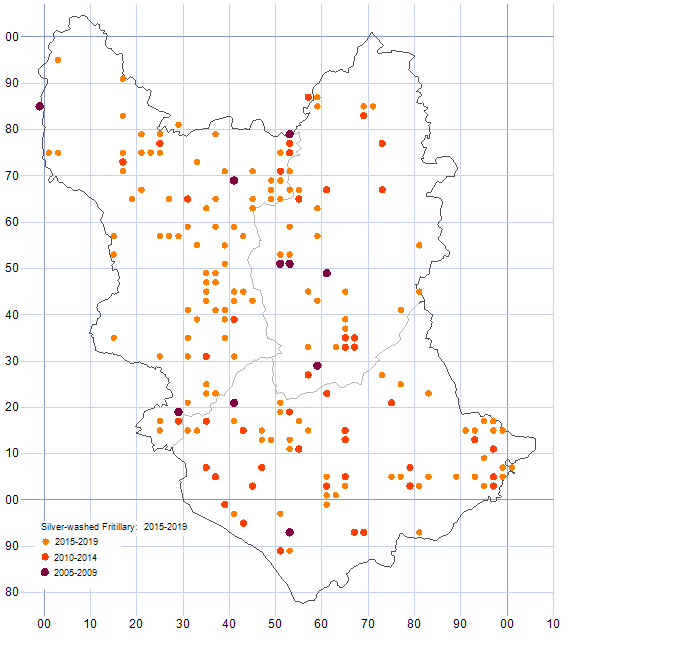 During this fifteen year period, the Silver-washed Fritillary has expanded widely over all three counties from a handful of records in the first five years. 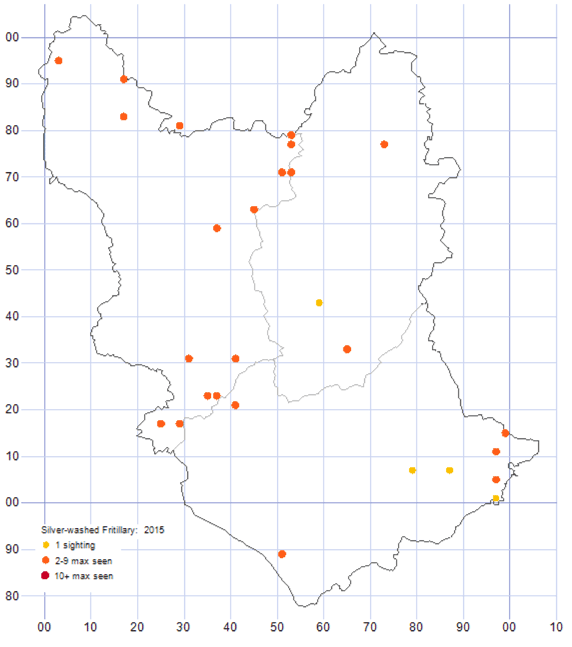 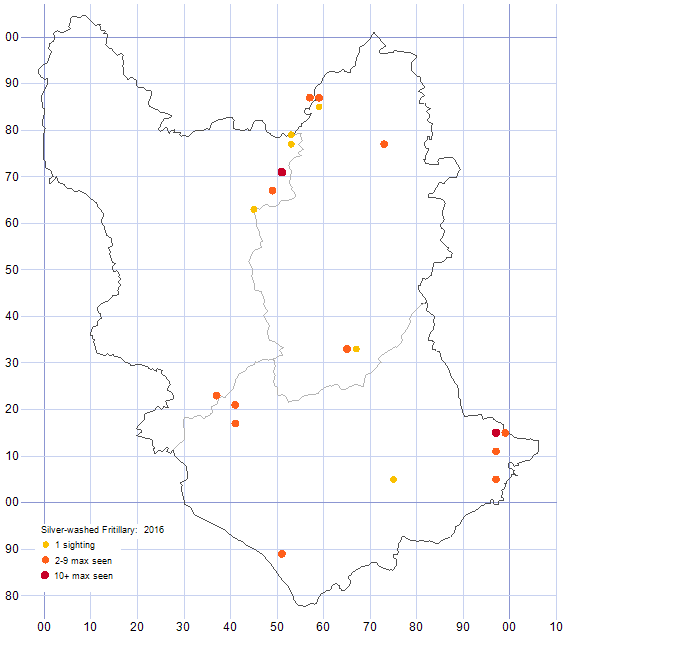 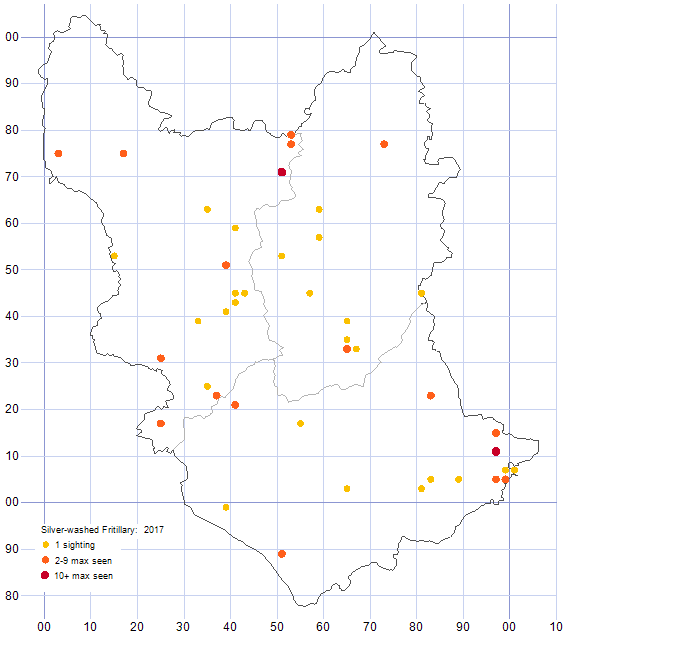 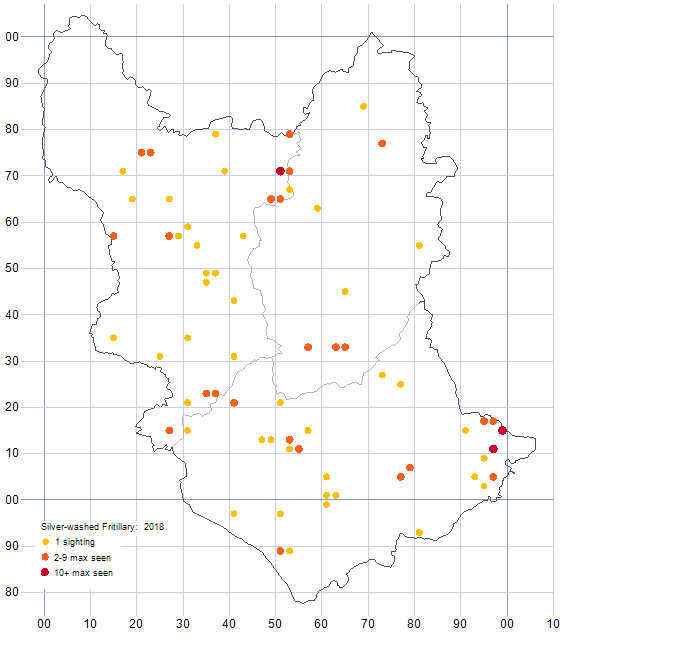 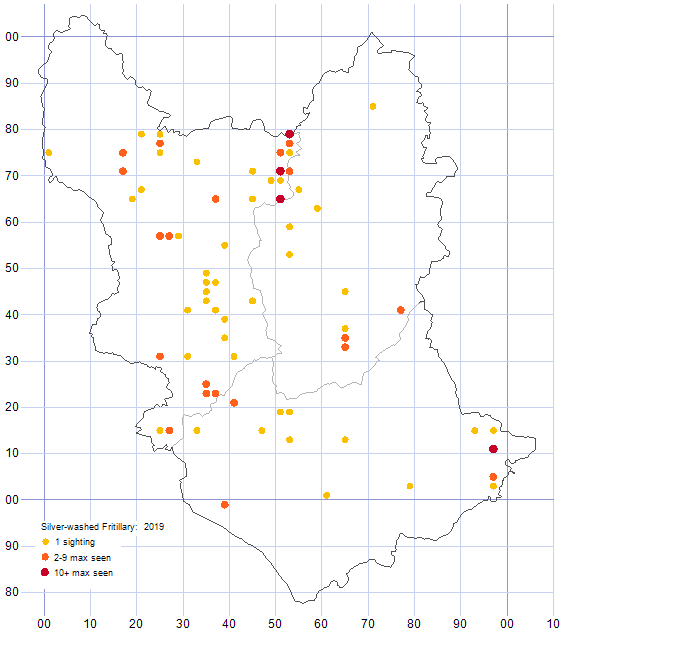 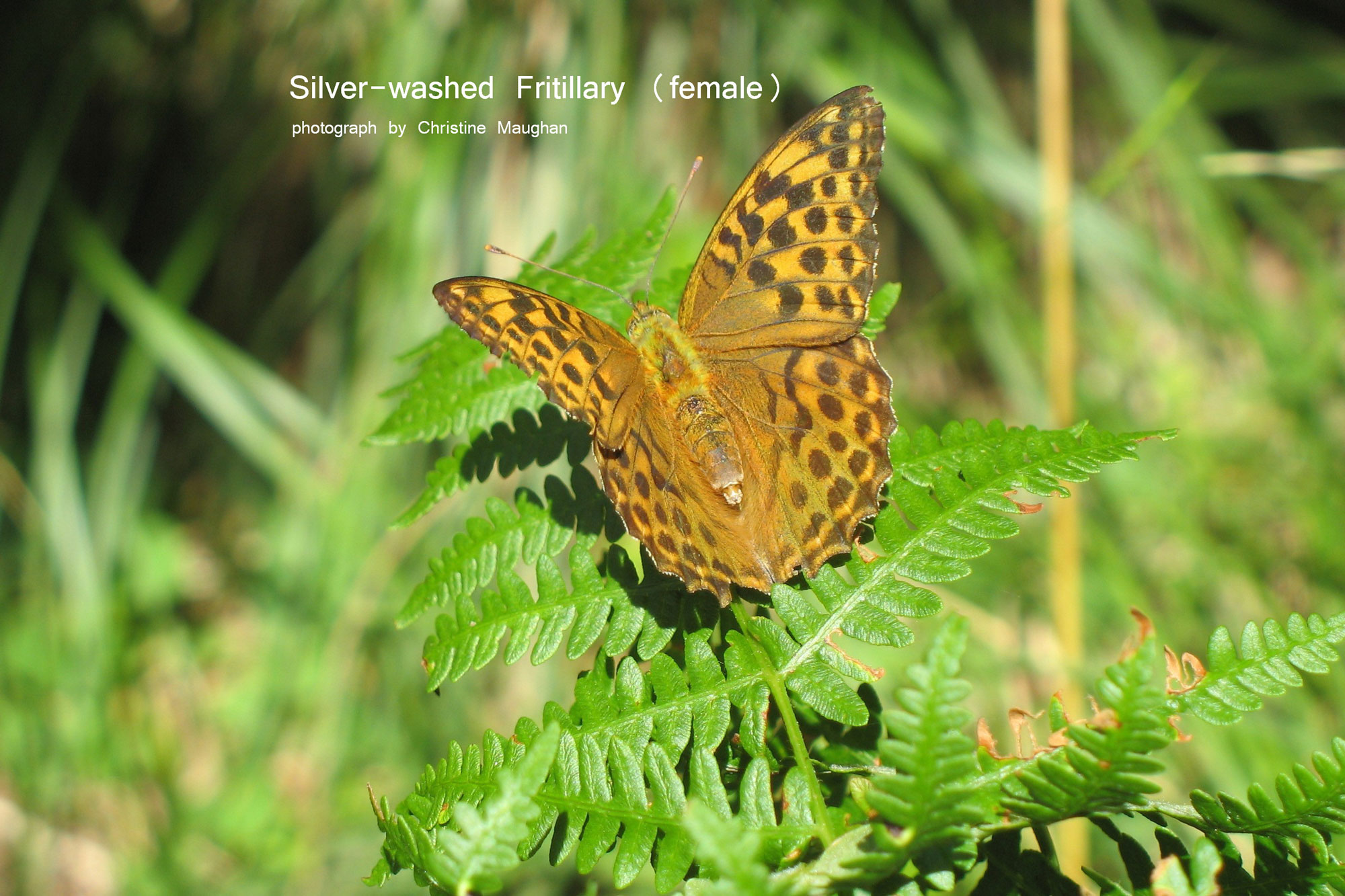 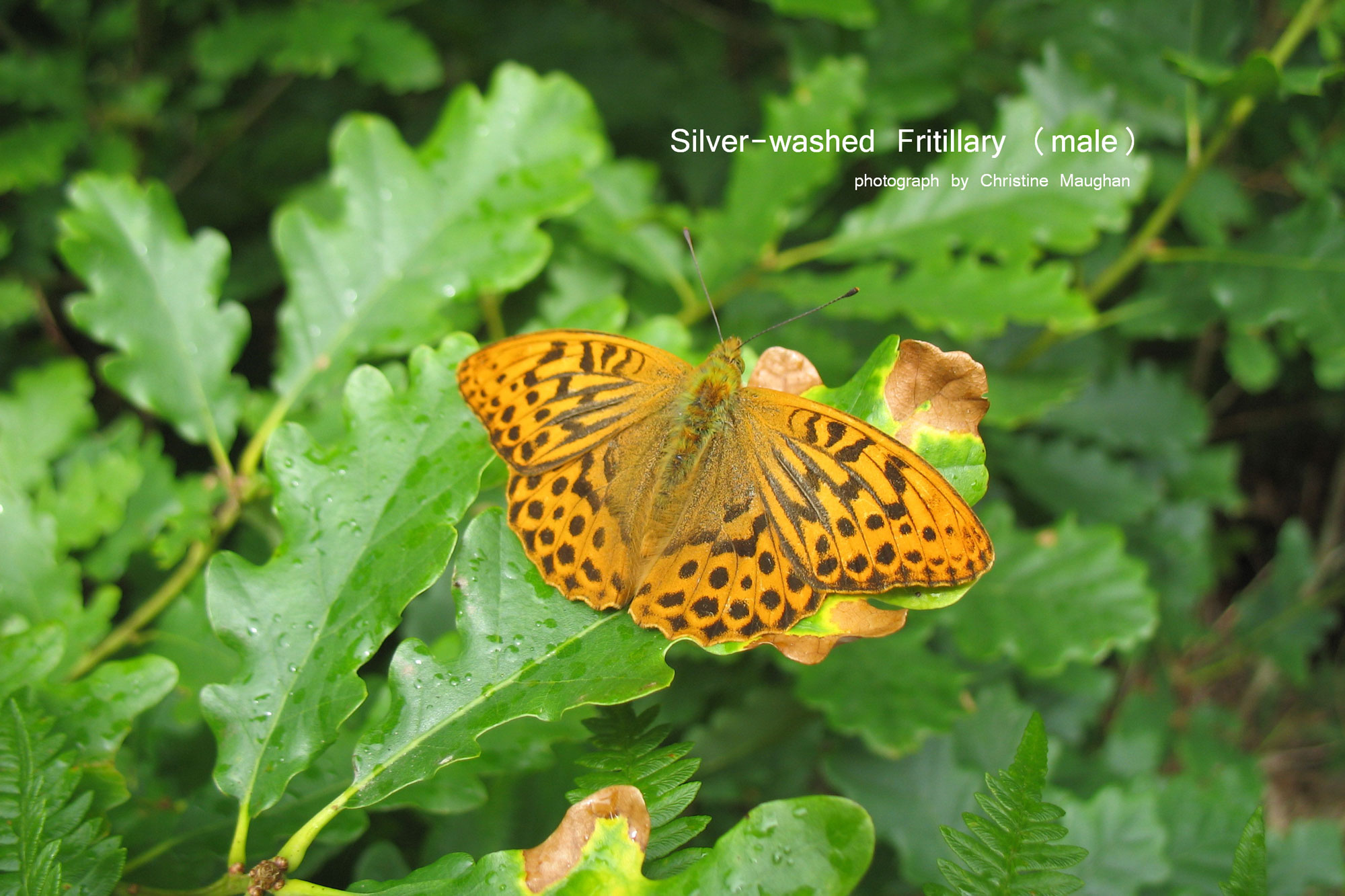 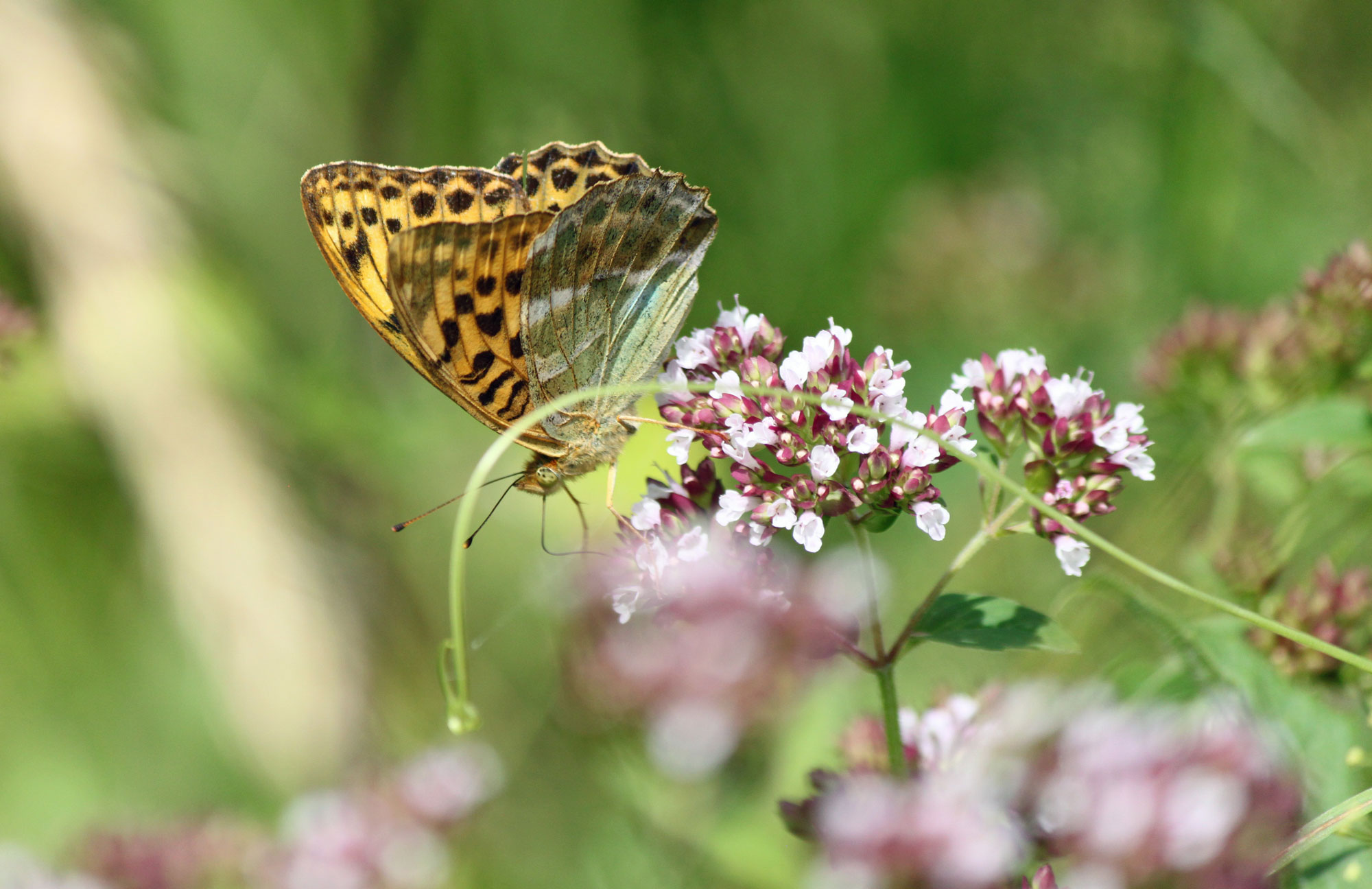 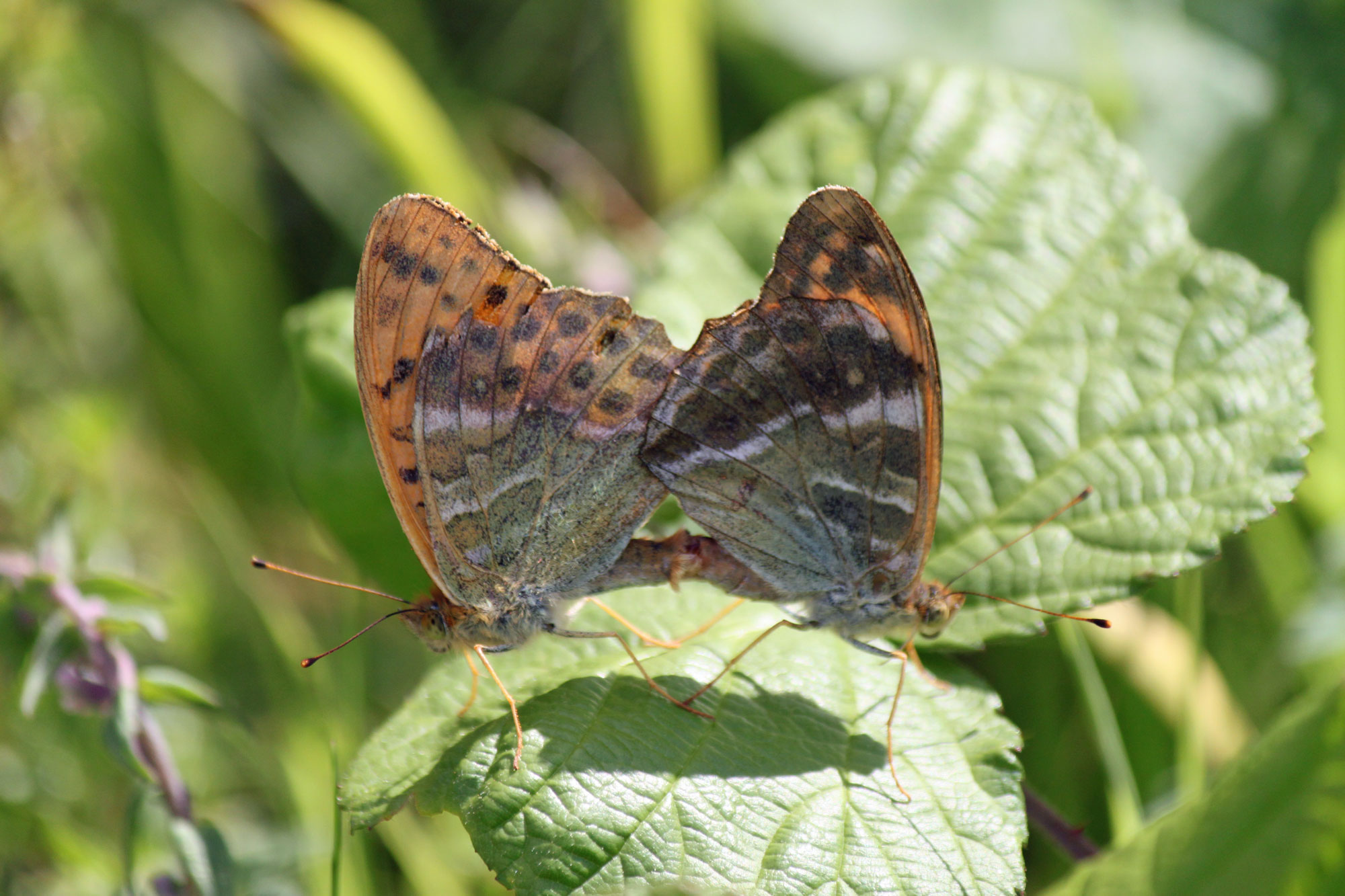