The Small White is found commonly in most habitats, but particularly in gardens and allotments where cabbages and other brassica plants grow, and farmland where oil-seed rape is grown.

It is similar to the Large White, although usually smaller, and lacks the striking black wing-tips. Females are more heavily marked and have two distinct spots on the upperside of the forewings. Males only have one spot in the centre of each forewing, a feature lacking in the male Large White.

Adults can be seen on the wing from as early as February, although April is more common, until November. There are usually two generations a year, peaking in mid-May and July. Occasionally a third emergence occurs during August and September.

It has a distinct preference for cultivated brassicas, including cabbages, oil-seed rape and brussels sprouts, as well as ornamental Nasturtium. 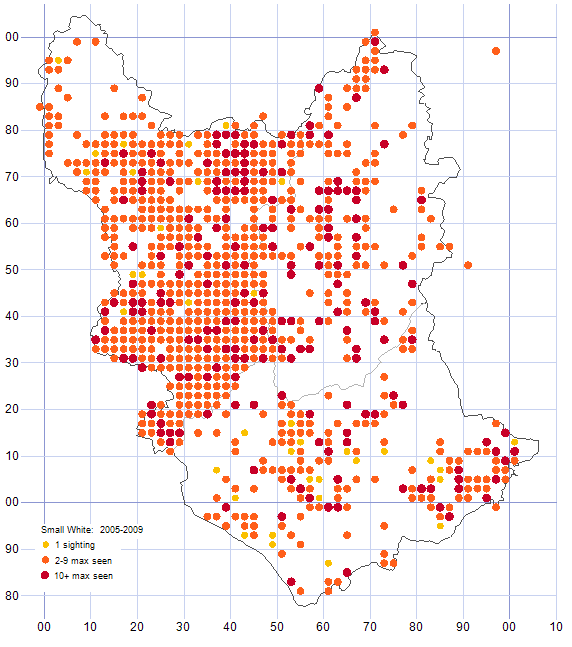 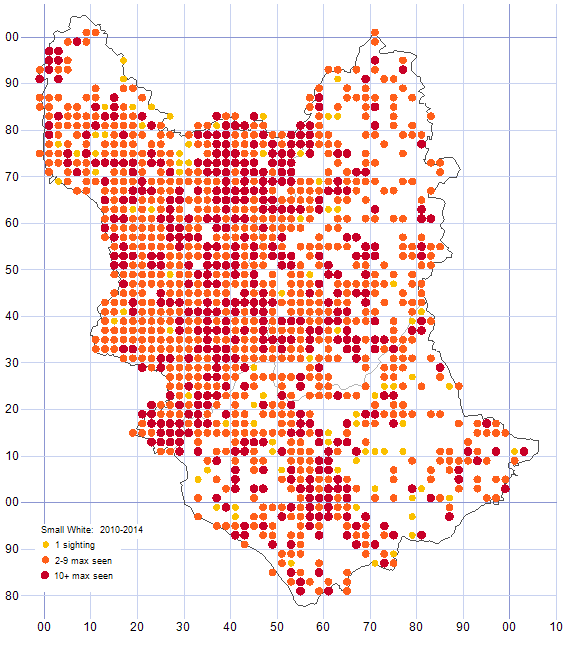 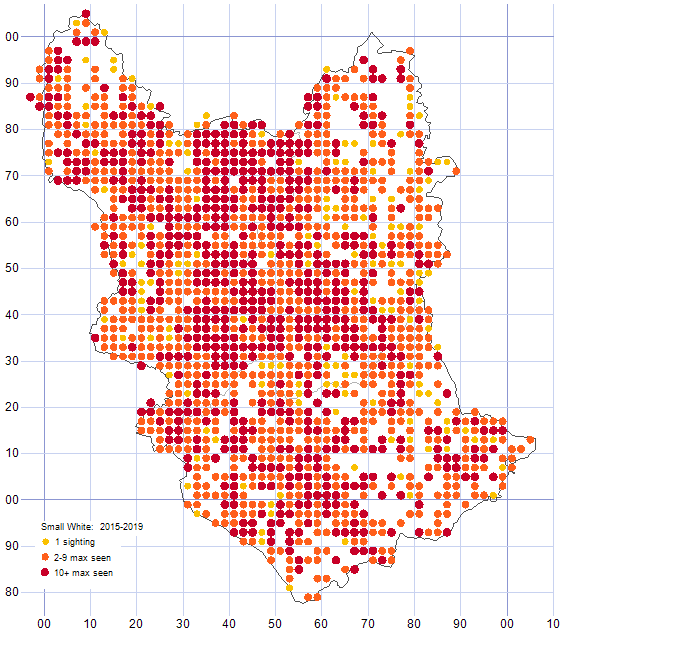 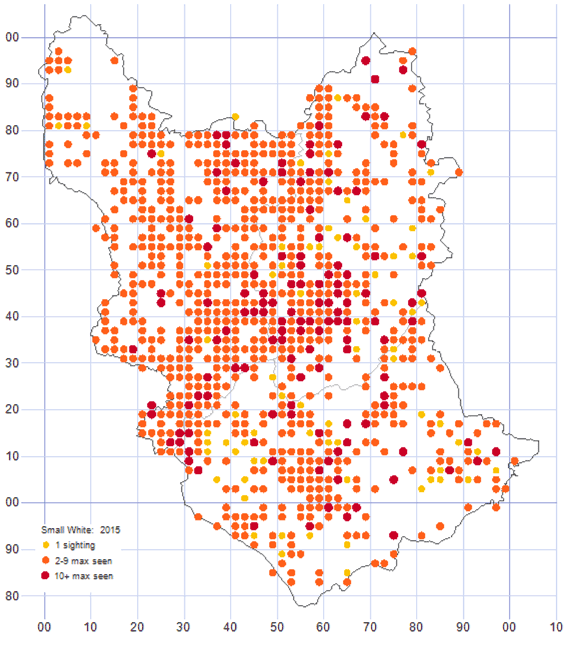 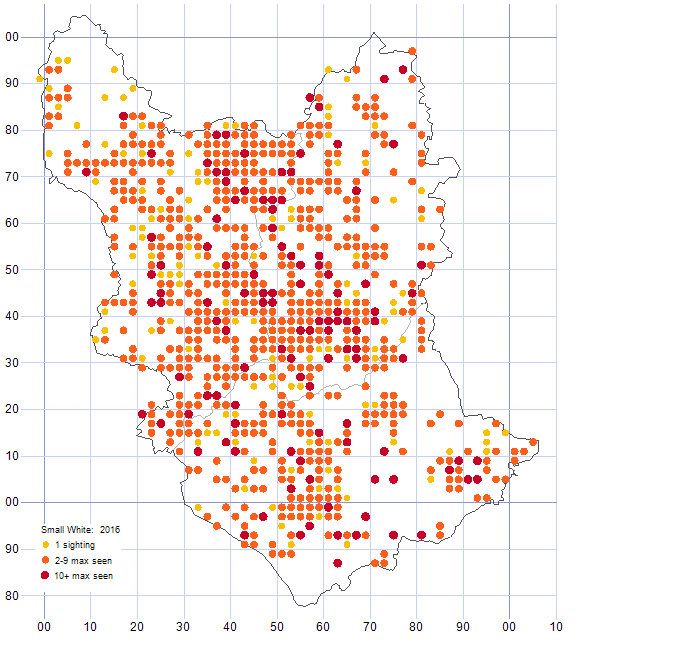 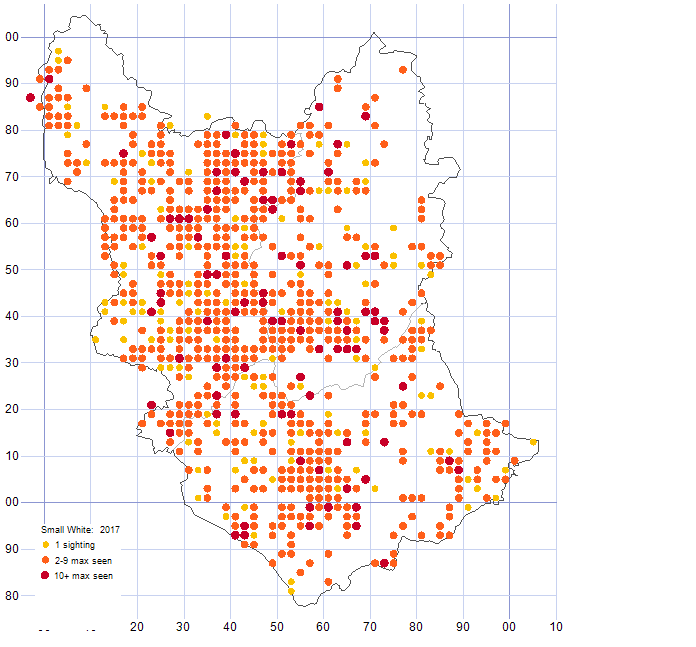 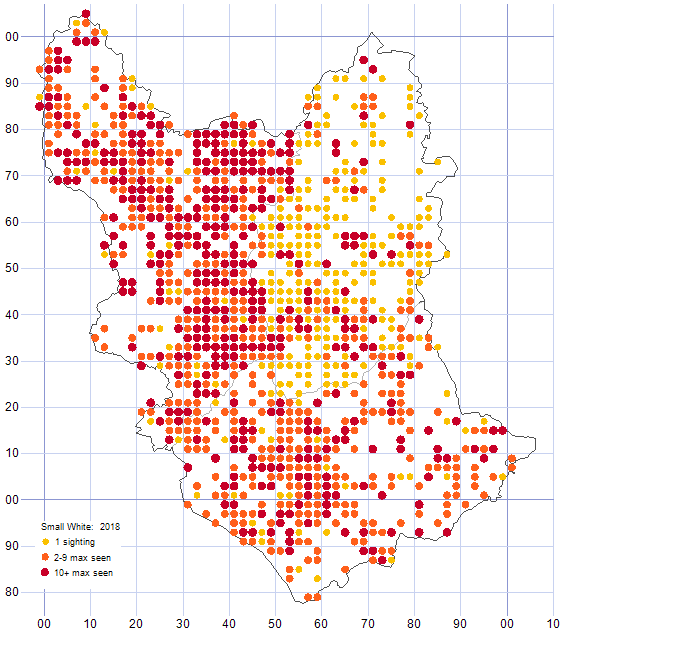 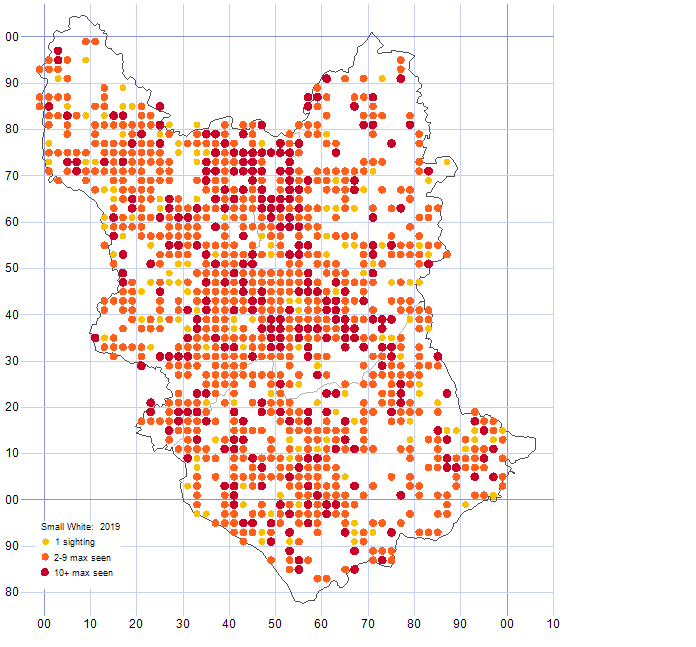 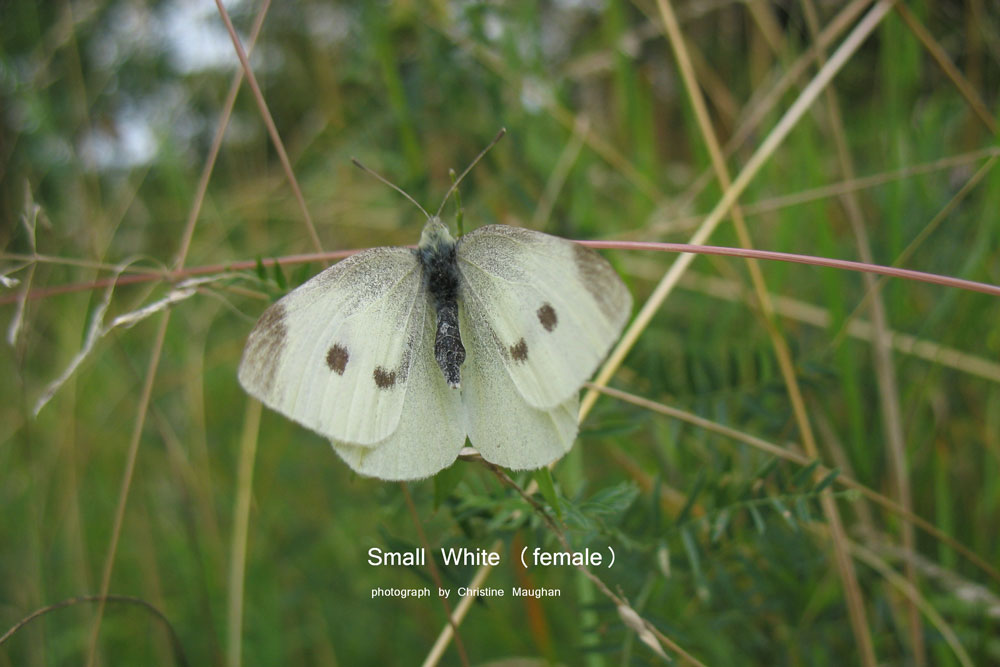 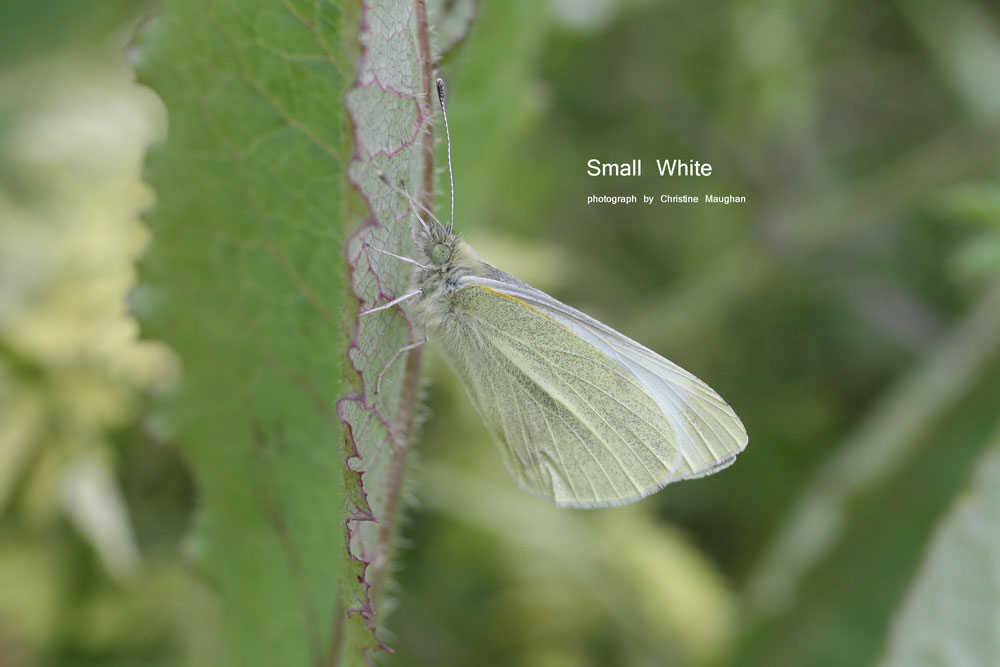 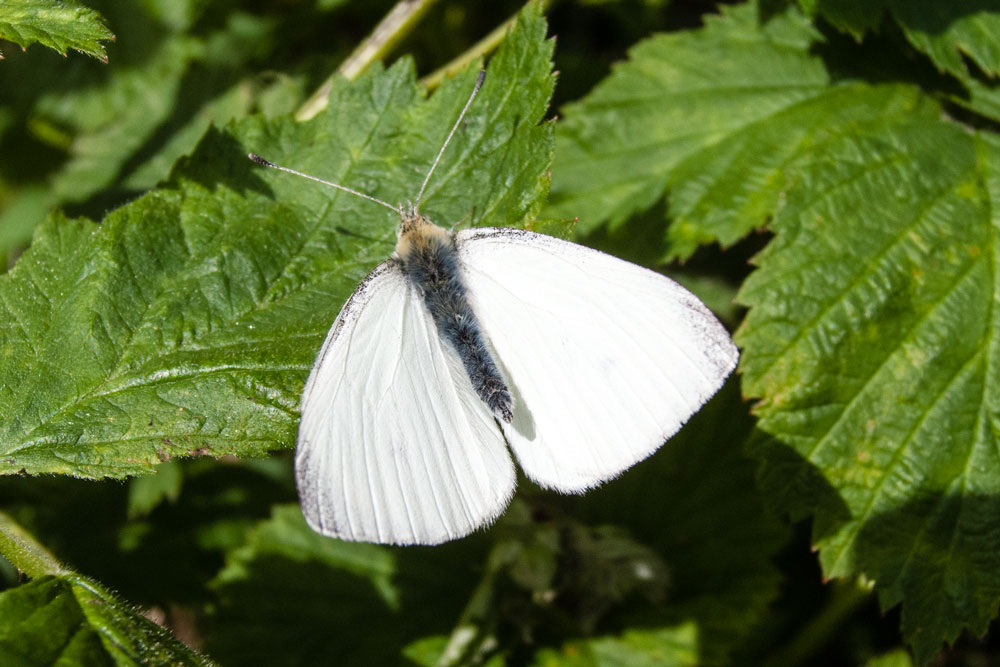 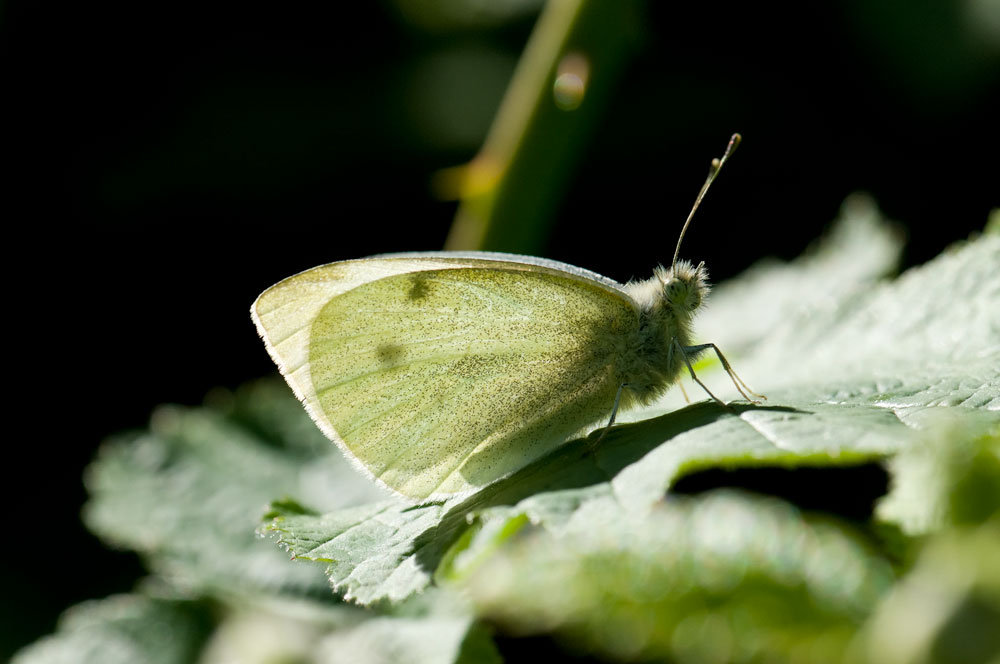