The Small Copper is a common and widespread species found in a variety of habitats including heathland, unimproved grassland, woodland rides, waste ground and may also visit gardens.

The Small Copper is identified by its bright burnished-copper forewings with black margins and spots. The hindwings are dark with black-spotted copper margins. There is also an aberrant form which has a row of blue spots on the hindwing. The male is highly territorial and vigorously attacks any intruders. This is a butterfly that thrives in hot, sunny conditions.

The Small Copper can have as many as four broods a year, flying between late April and the end of October.

Eggs are laid singly on the under-surface of Common and Sheep's Sorrel, and occasionally dock leaves. 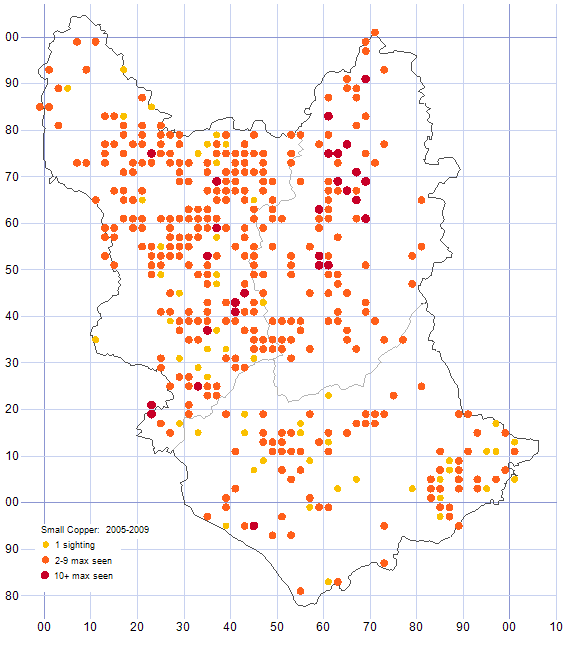 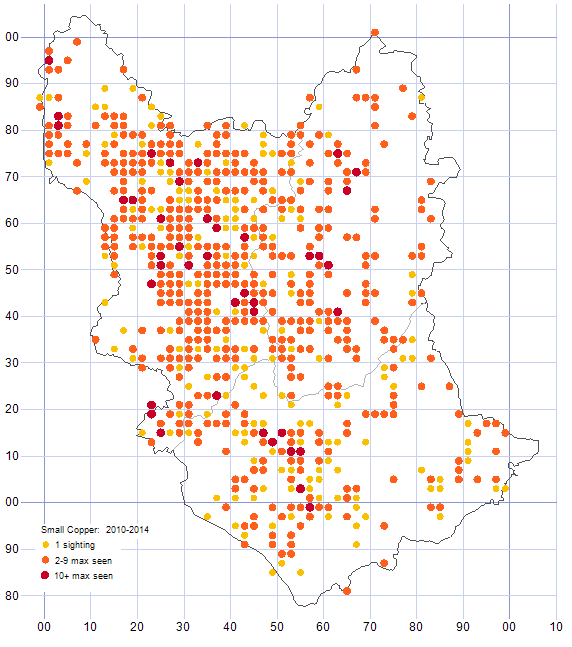 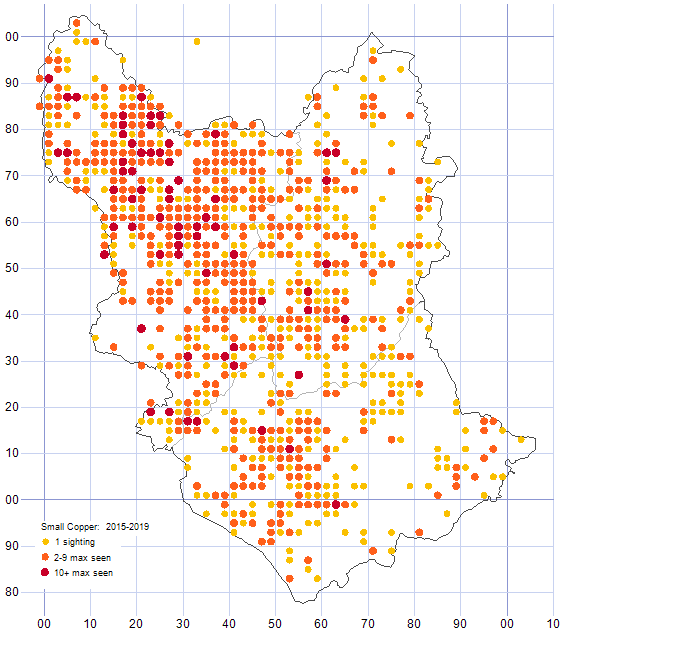 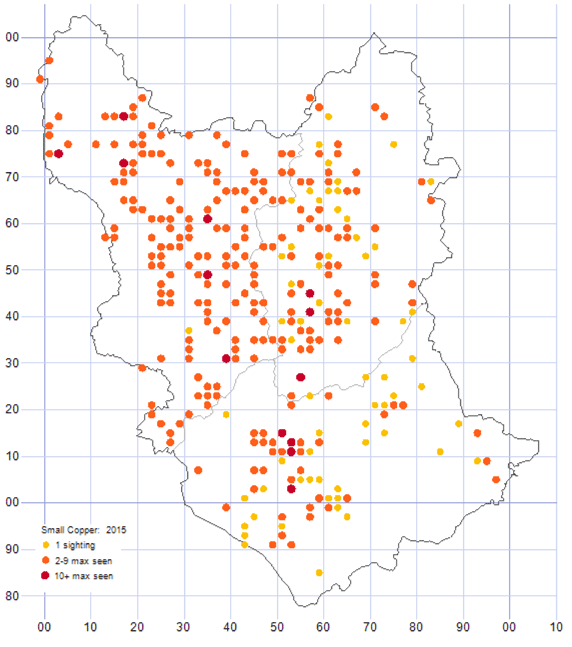 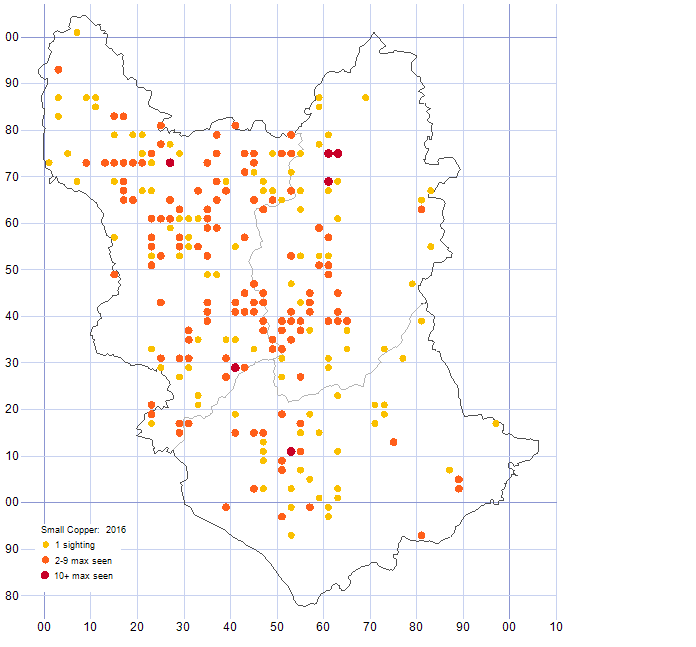 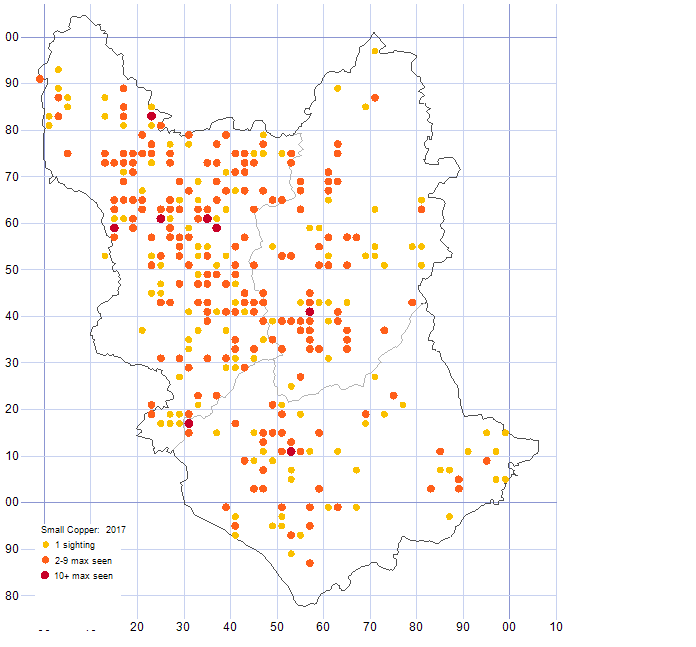 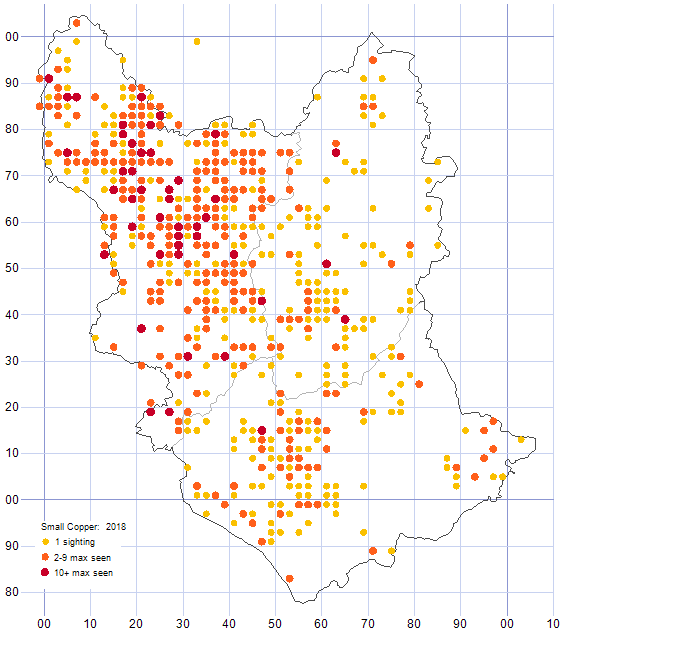 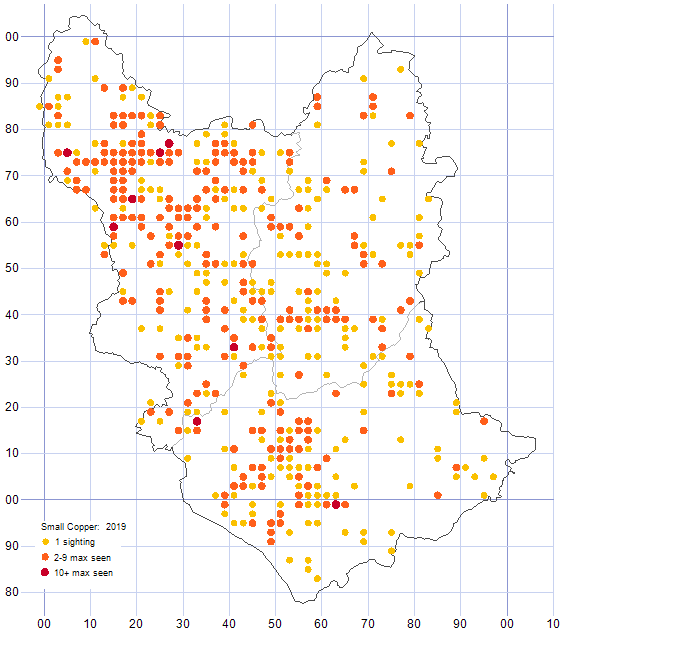 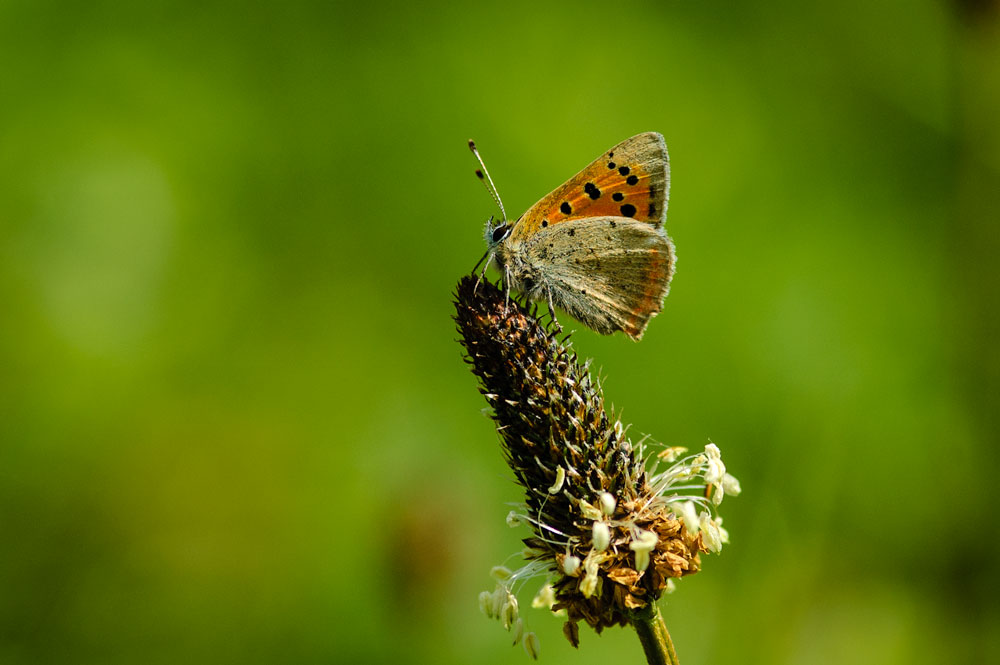 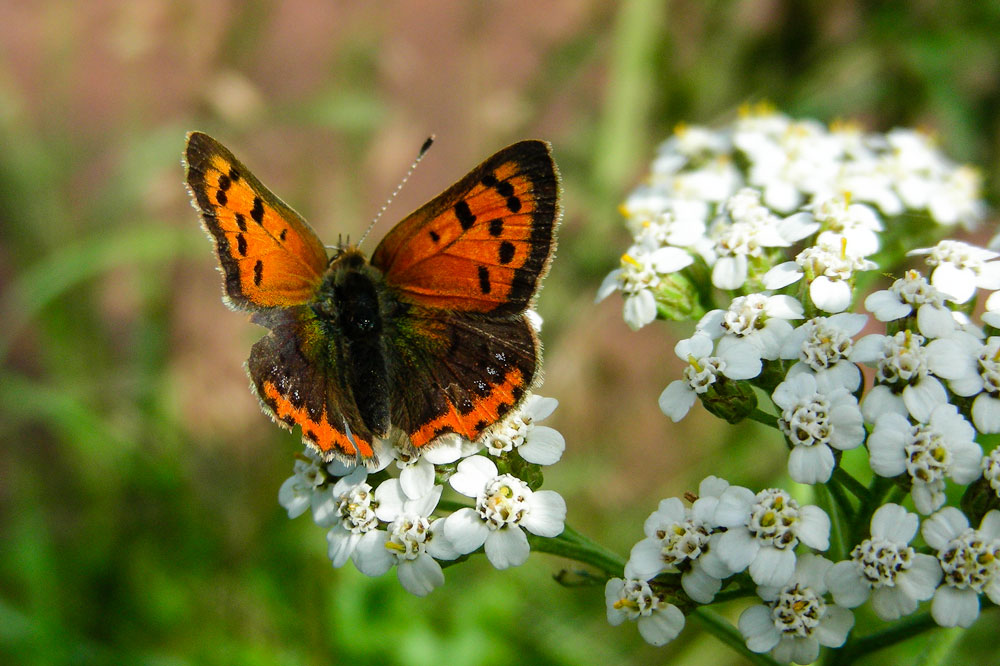 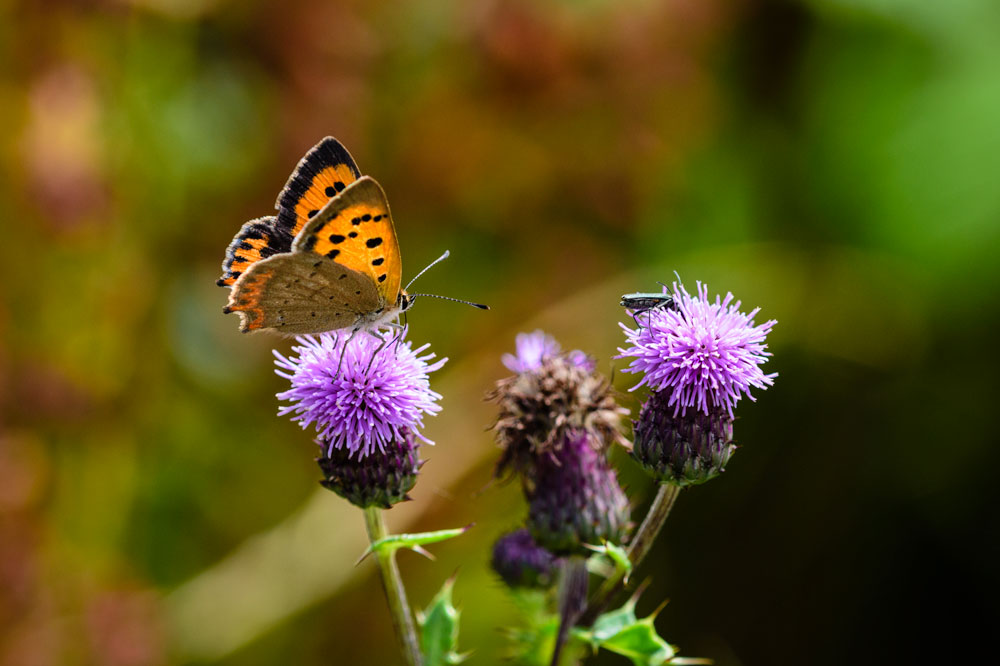 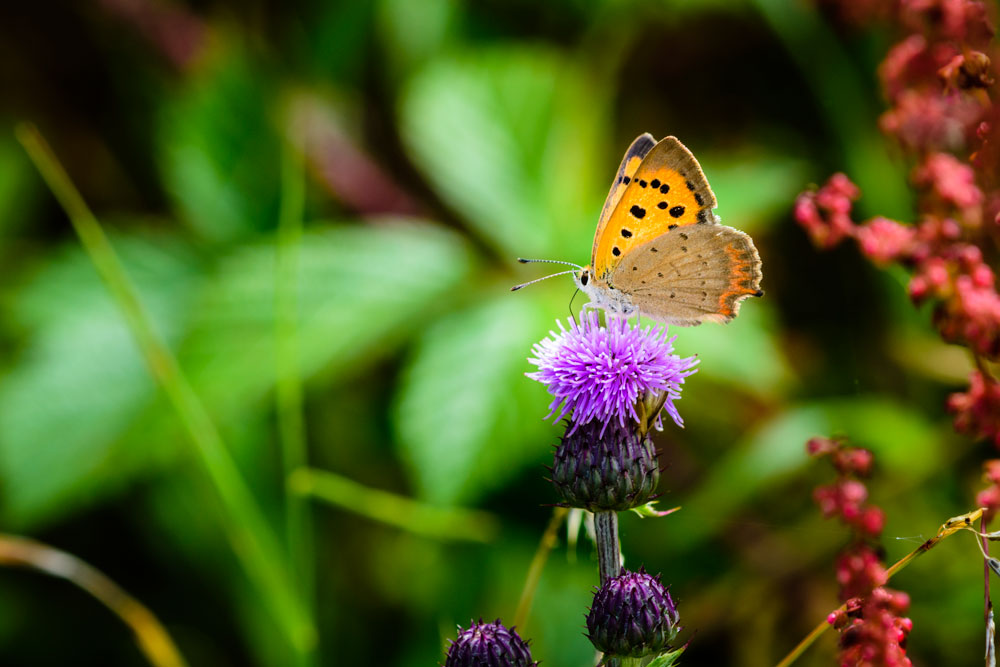