The Small Heath is one of our commonest grassland butterflies but it has declined slightly in recent decades due to intensive agriculture. It favours dry, well-drained grassland, particularly heath, downland and coastal dunes

The upperwings are pale golden beige, but these are difficult to observe as it always rests with its wings closed. The underside of the upper wing is orange with an eye-spot and a buff-coloured tip, and there is a central pale flash on the underside of the hindwing, which points towards the margin.

The Small Heath is usually double-brooded except in the northern part of its range, and flies between late April and early September in the south.

Eggs are laid singly on blades of fescues, bents and meadow-grasses. 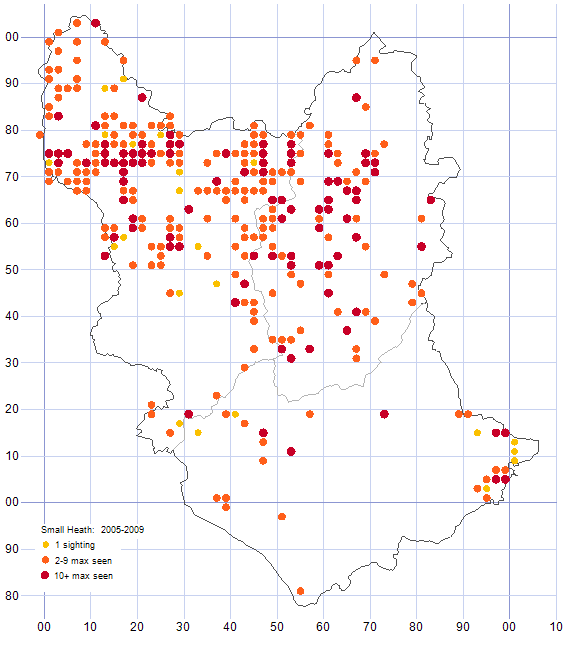 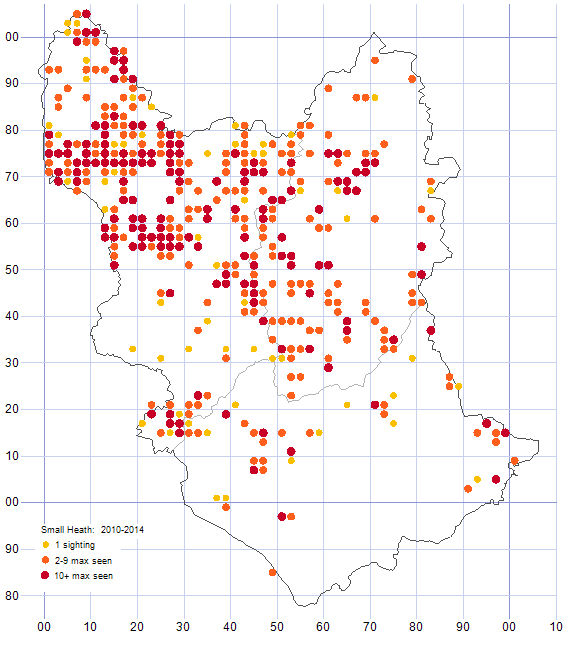 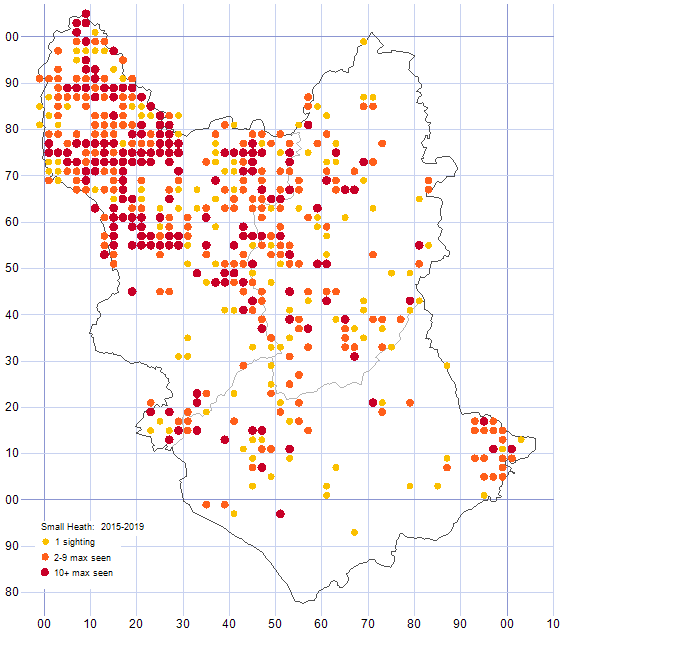 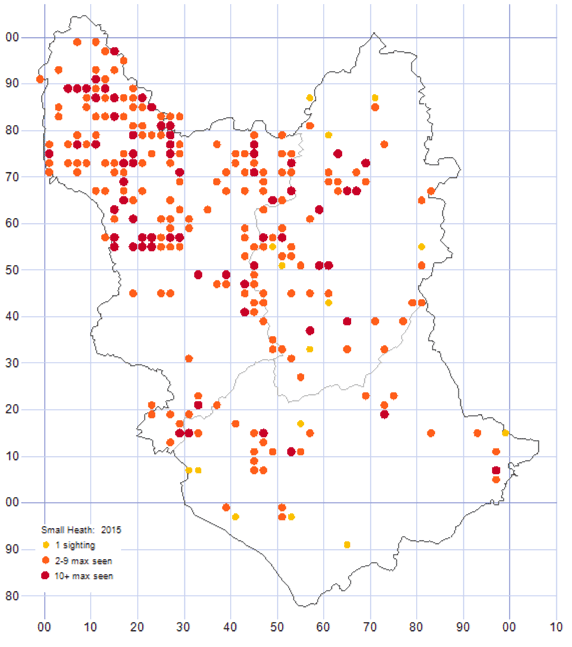 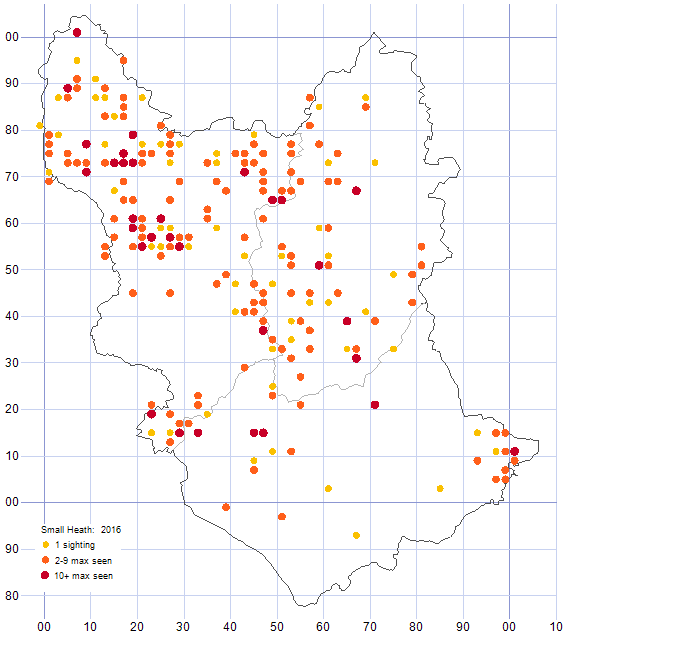 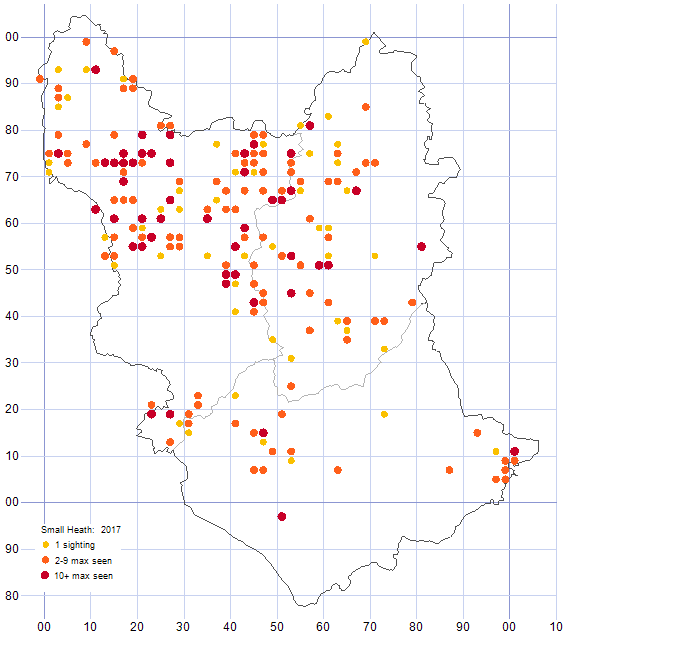 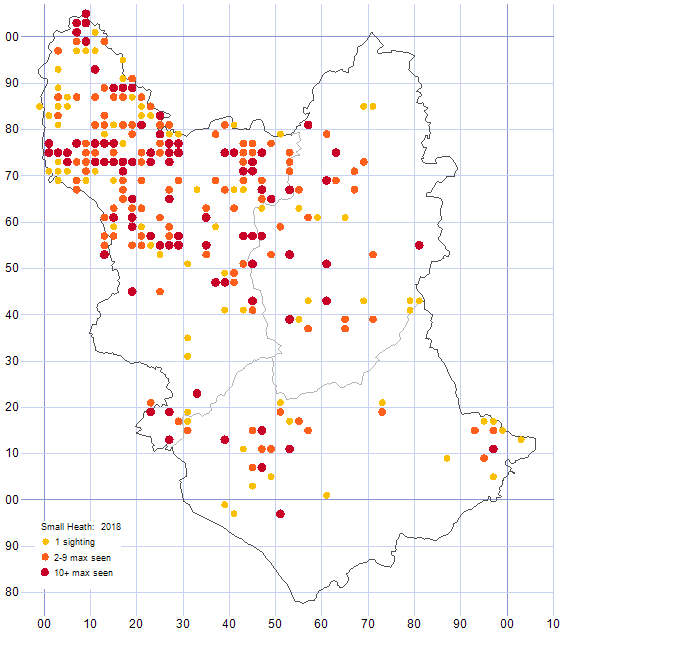 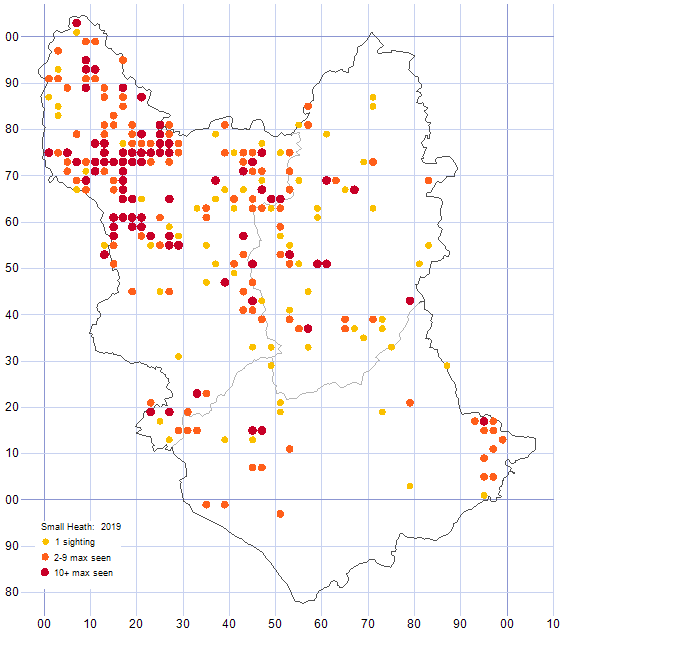 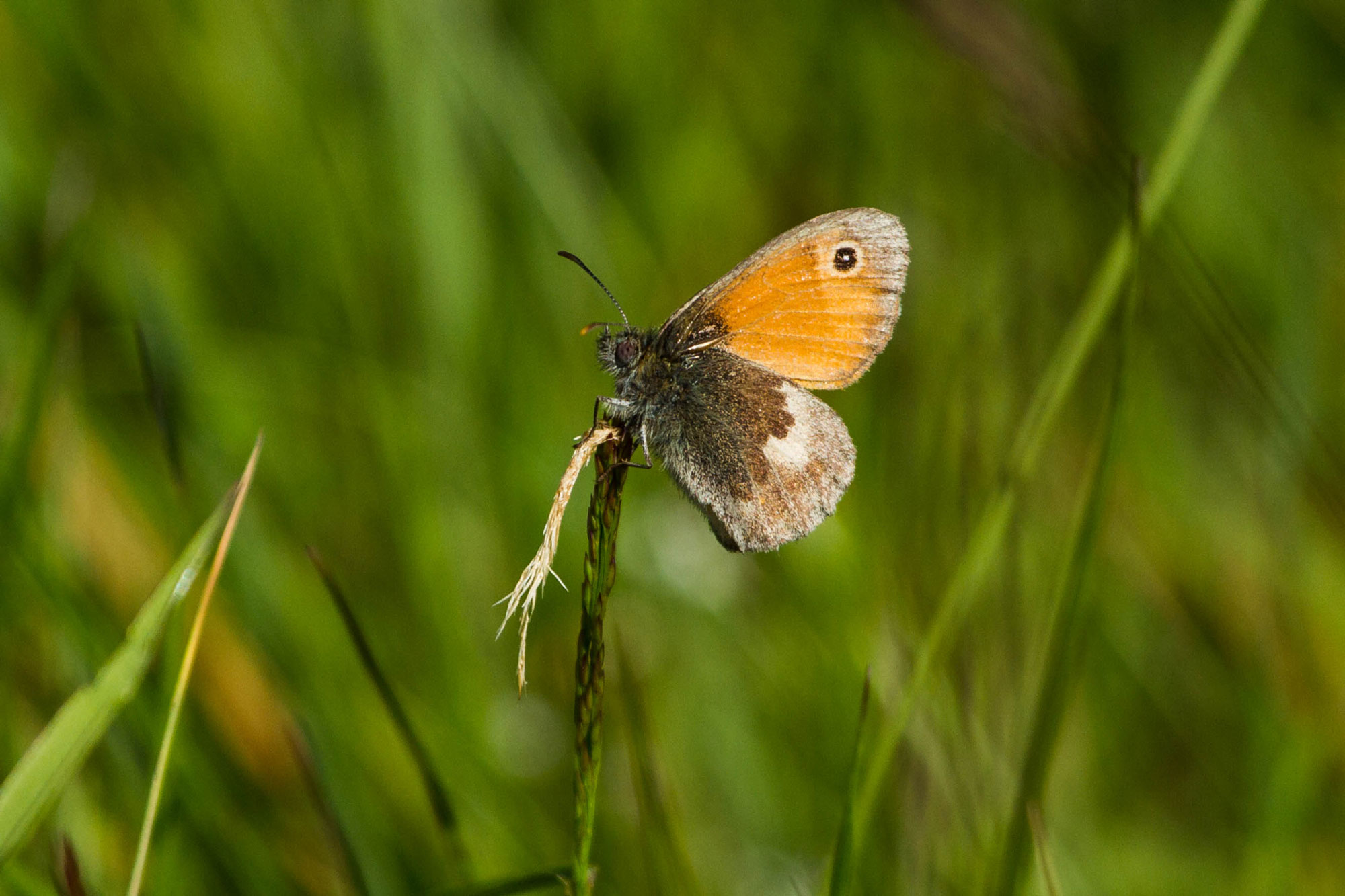 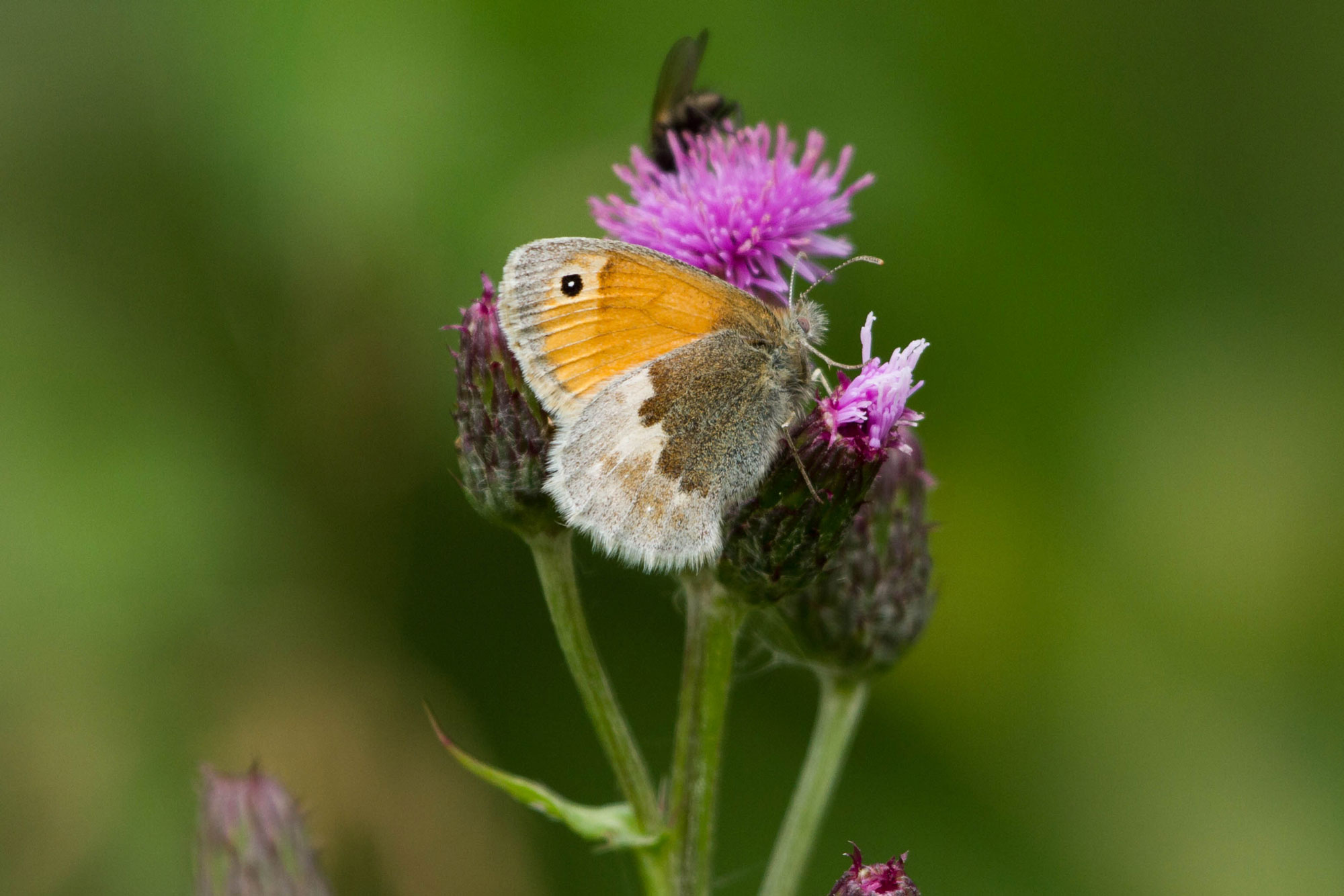 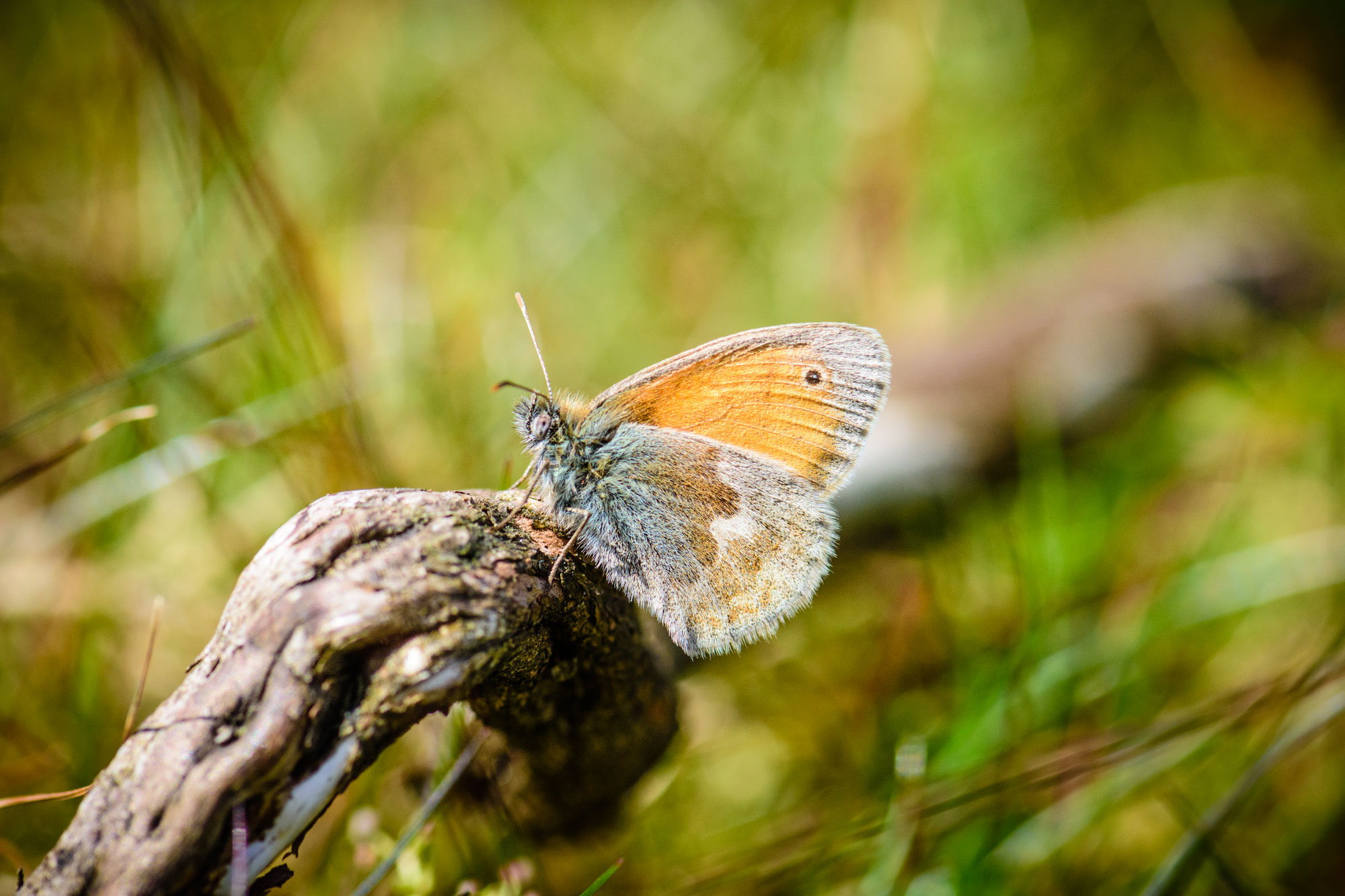 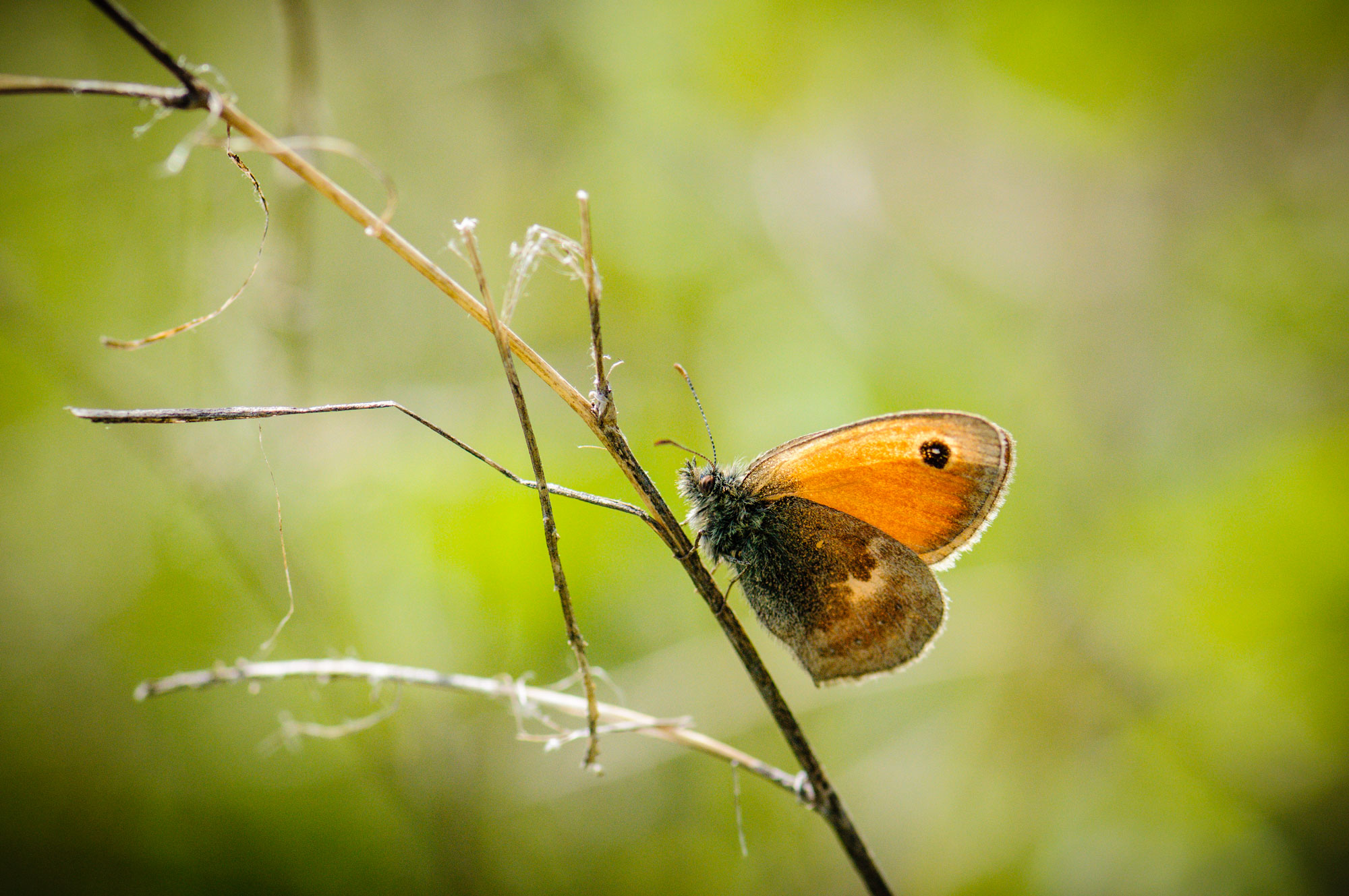