The Speckled Wood is a butterfly of dappled woodland glades and can tolerate more shade than most other butterflies. It has undergone a dramatic expansion of its range during the 20th century, and is now common and widespread south of a line from Westmorland to South Yorkshire. It is also found in wooded hedgerows and in gardens.

The Speckled Wood is easy to identify from the cream markings against the chocolate ground colour of the upper wings.

The Speckled Wood uniquely overwinters as both a chrysalis or a caterpillar, giving rise to 3 overlapping broods which appear between late March and early October.

Eggs are laid singly a wide variety of grasses such as Cock's-foot, Yorkshire Fog and False Brome. 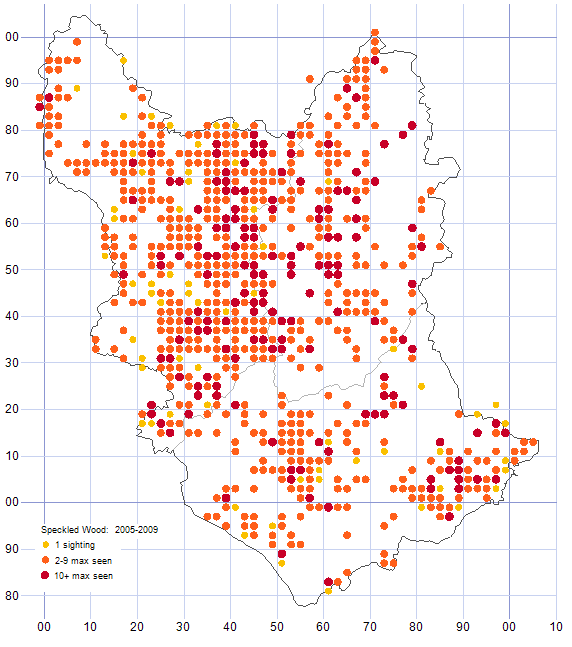 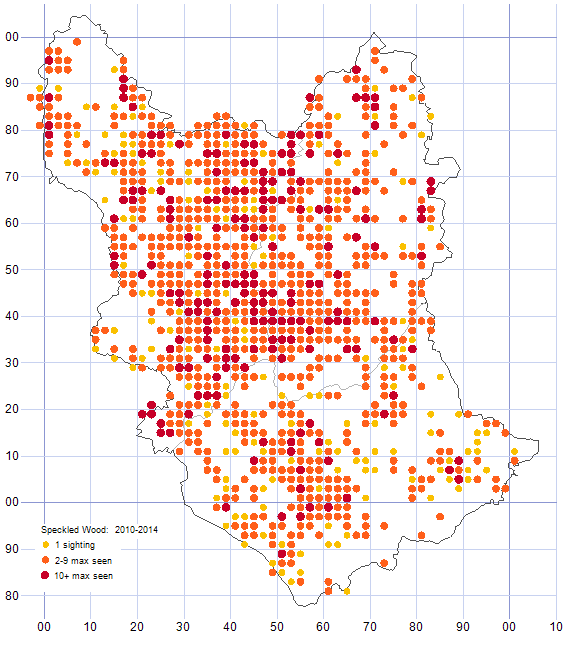 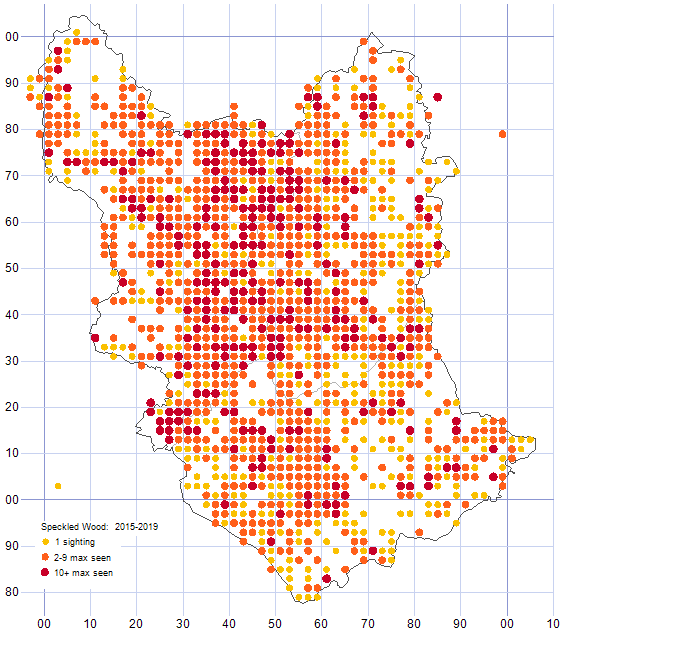 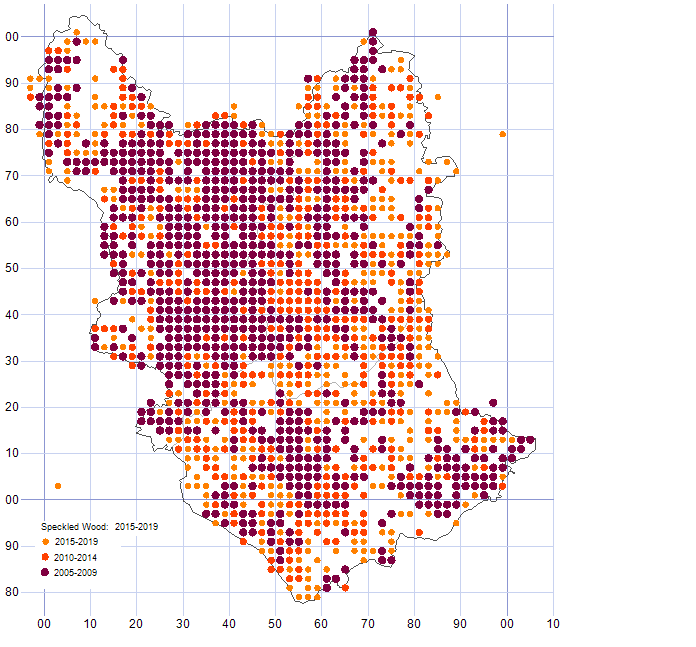 Distribution is showing an infilling in established areas, with some expansion of its range into more northerly areas. 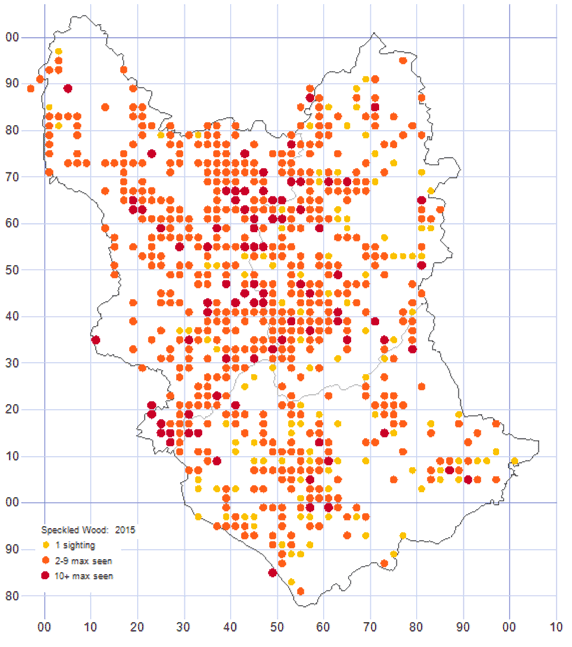 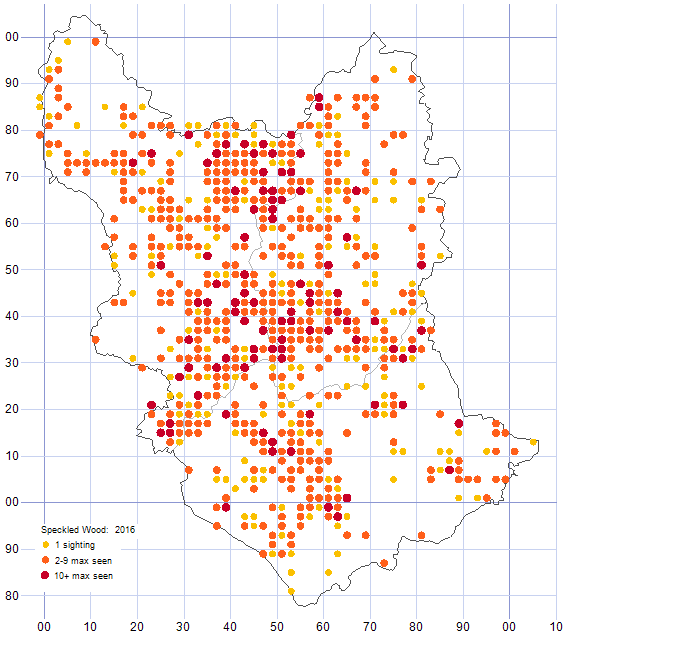 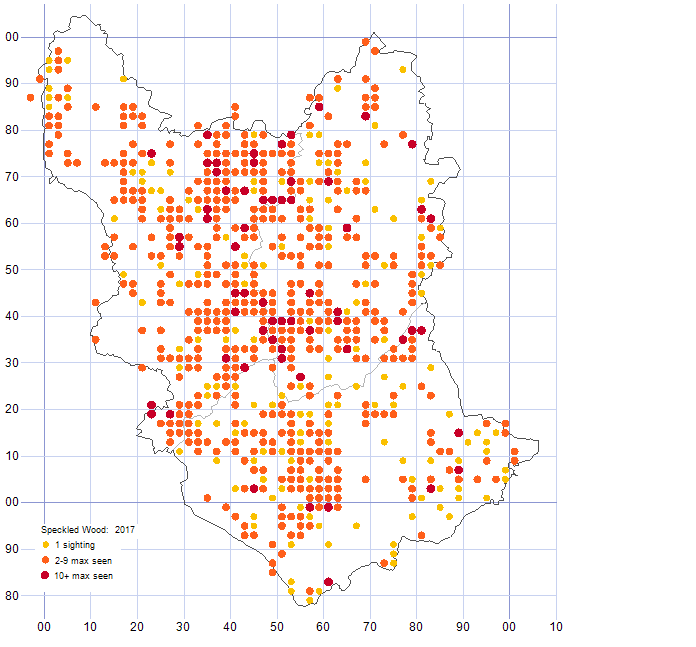 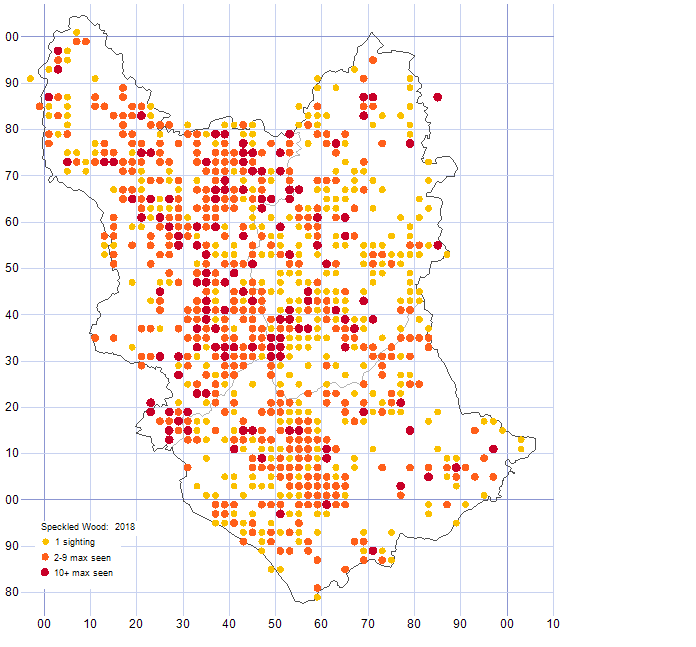 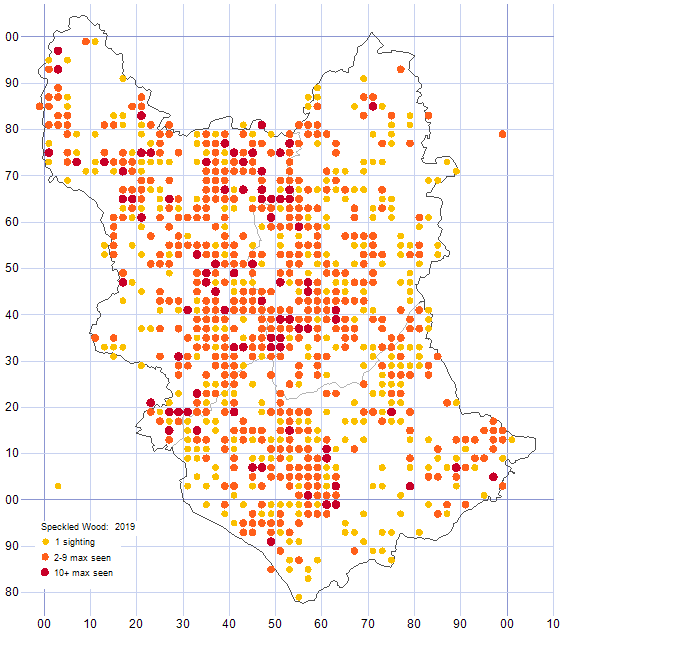 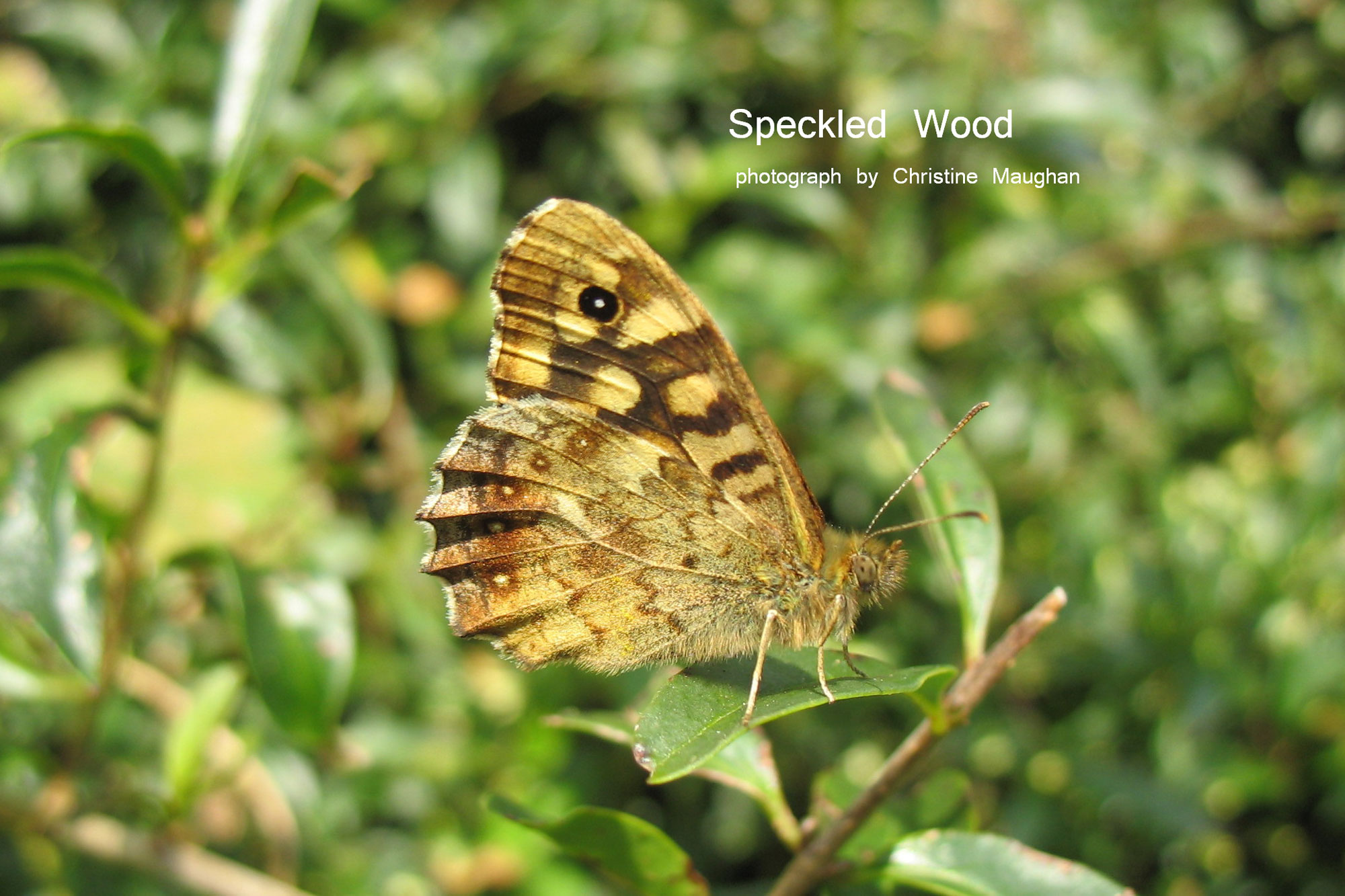 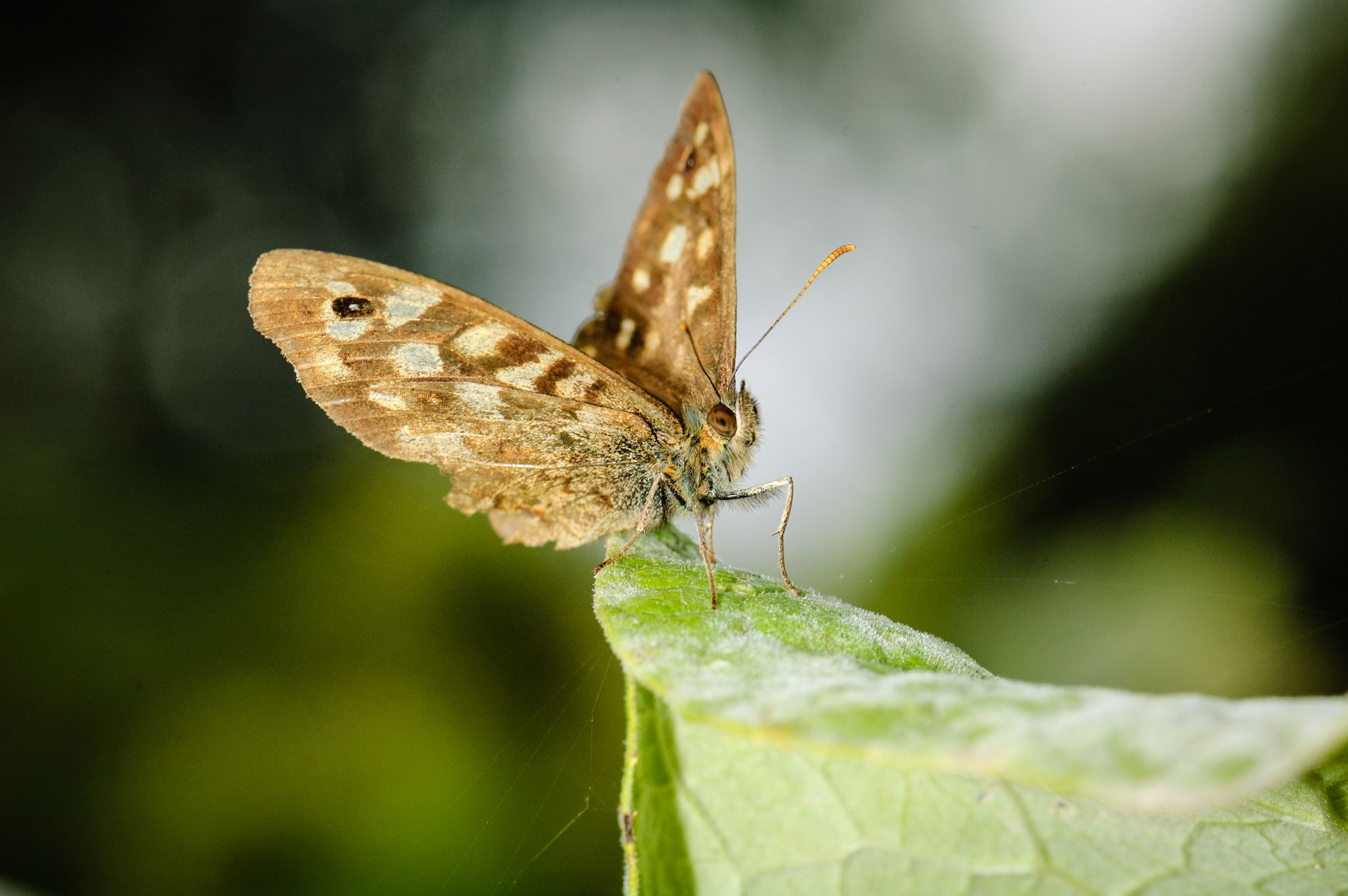 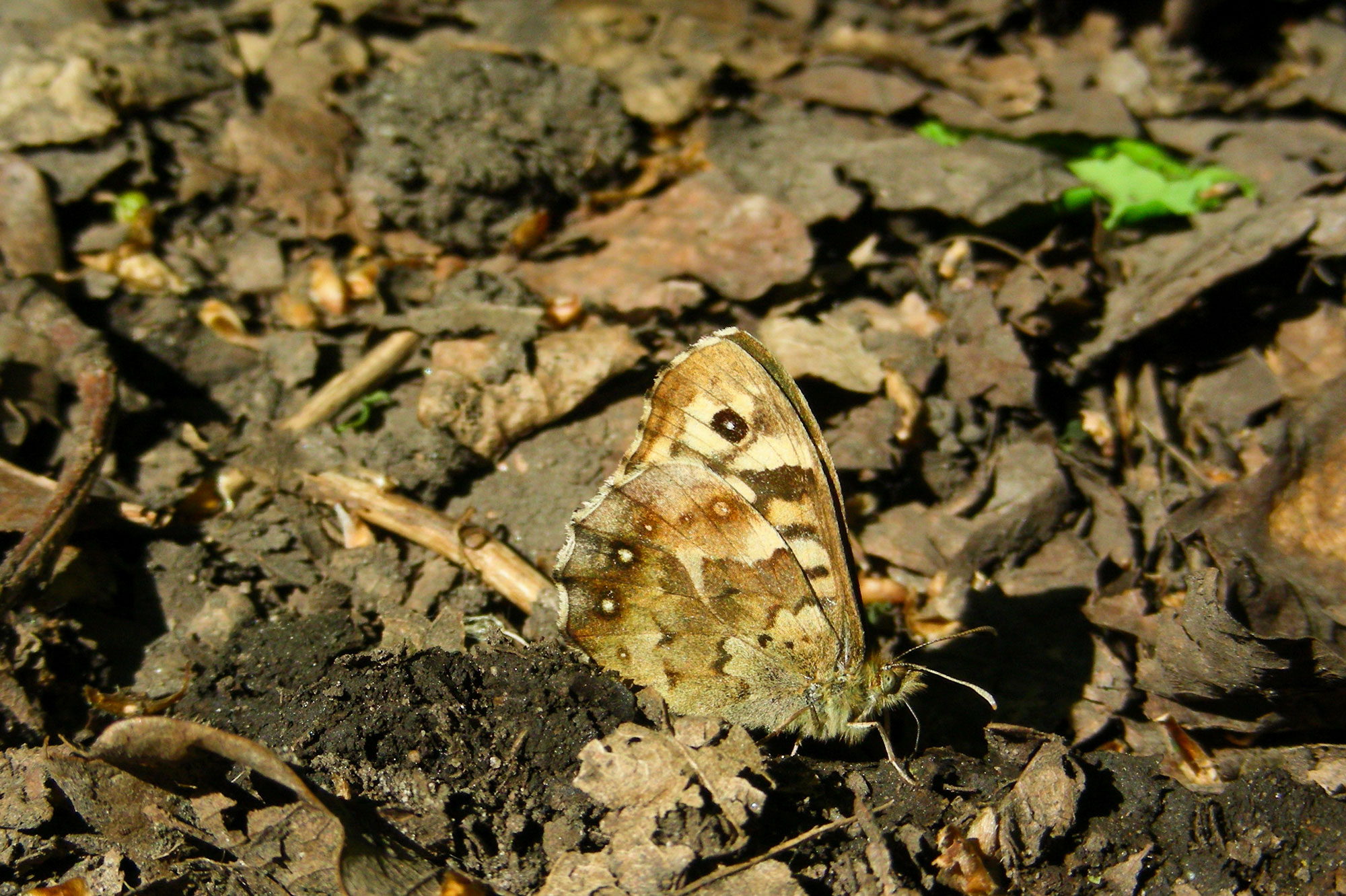 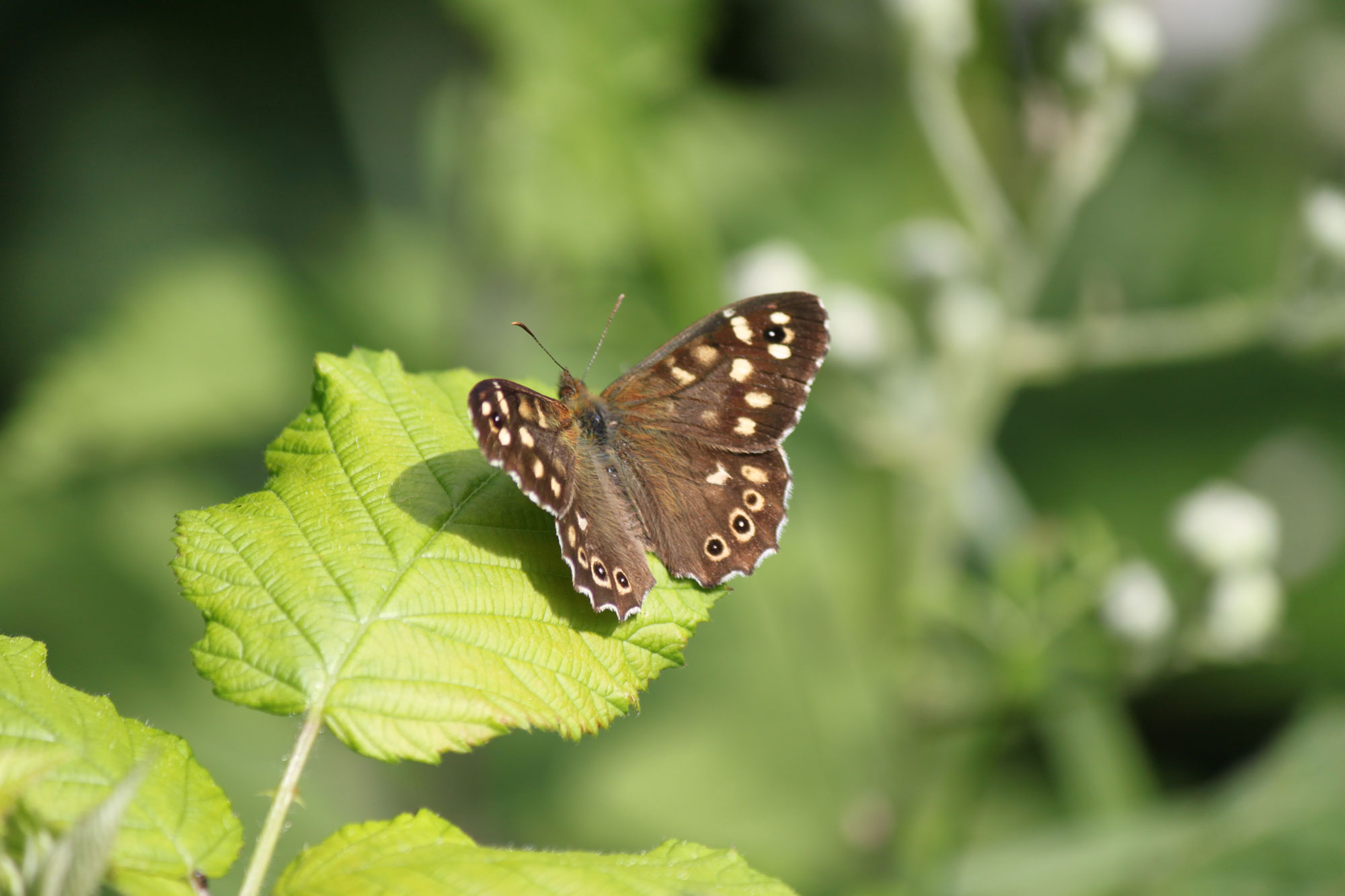