The Wall has shown a dramatic decline in recent years, and although faring better in coastal regions, it has almost disappeared from central and eastern England. Records for the East Midlands have been very poor during the last few years. It prefers hot, sun-baked ground, and inland it is found on rugged open terrain, unimproved grassland, wasteland and in abandoned quarries.

The Wall could be mistaken for a fritillary due to its colouration but is distinguishable by its bright eyespots and its characteristic dancing flight.

There are normally 2 broods, ranging from May to June and July to September.

Eggs are laid singly a wide variety of grasses such as Cock's-foot, Yorkshire Fog and Tor-grass. 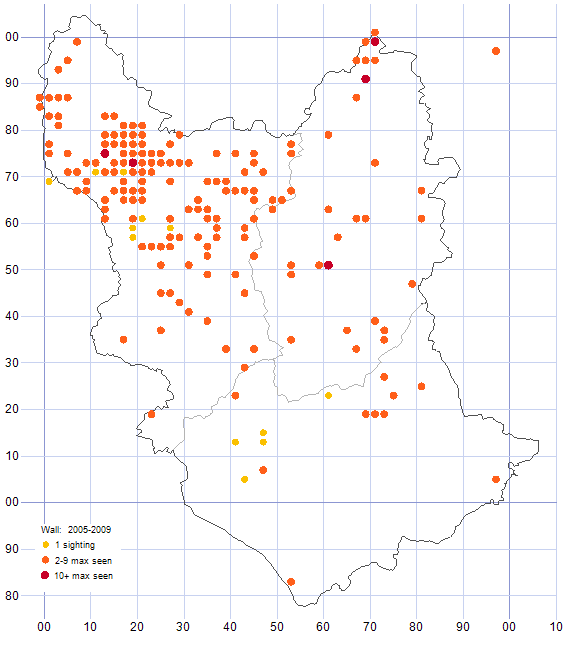 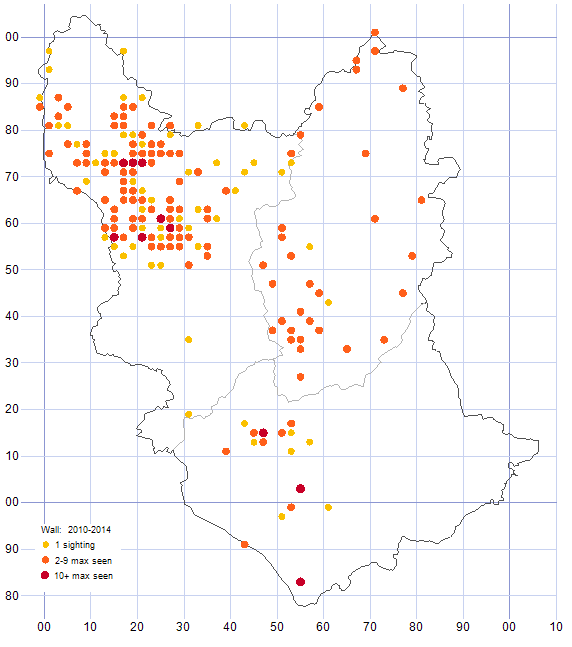 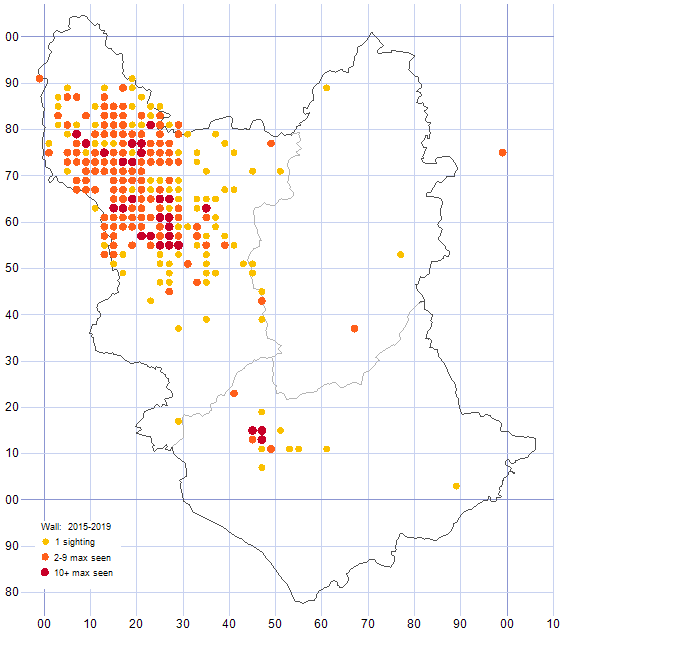 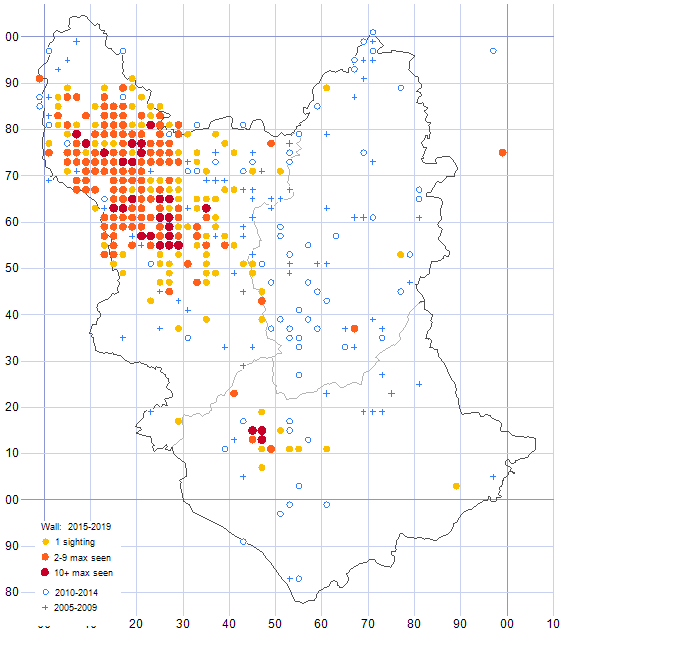 There has been a significant decrease during this fifteen-year period from all three counties, the stronghold remaining largely in NW Derbyshire. 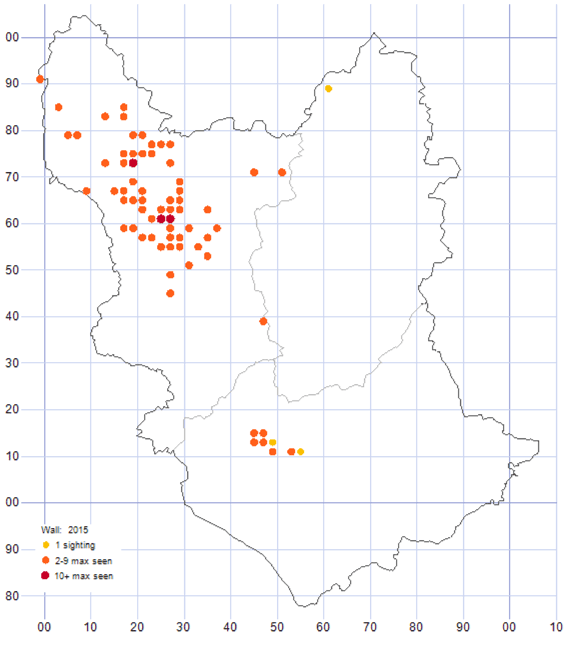 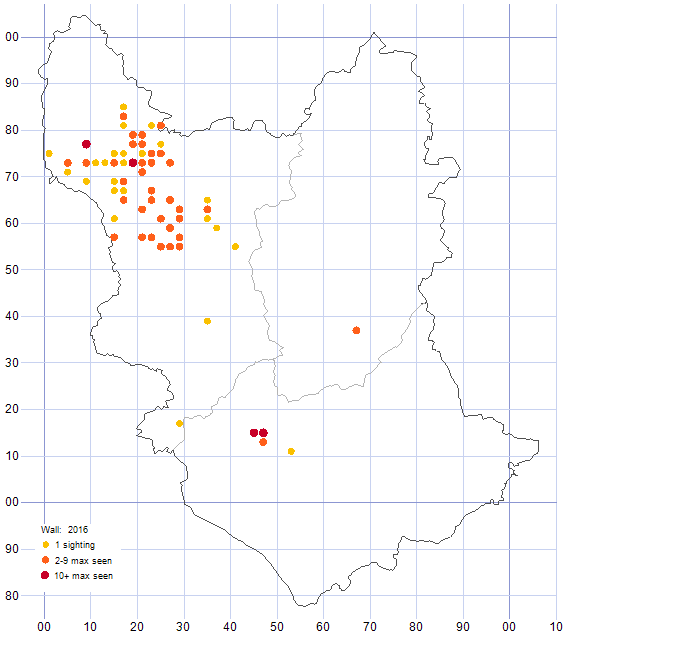 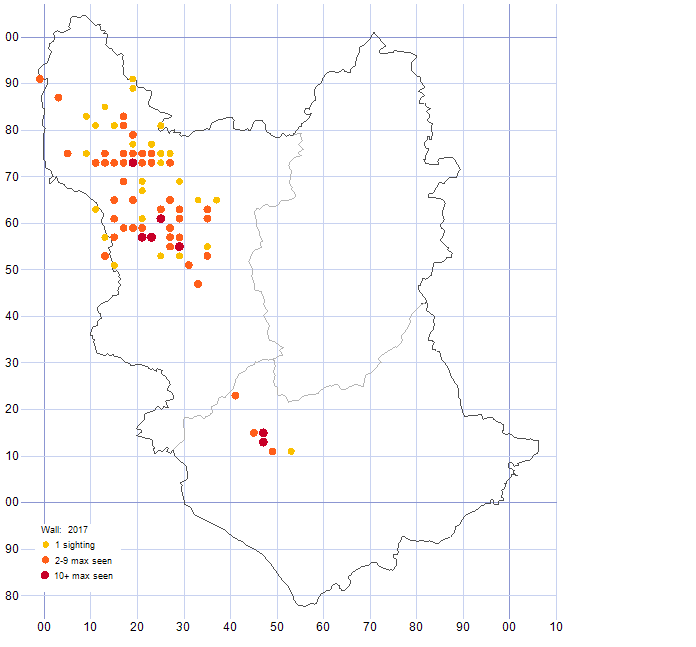 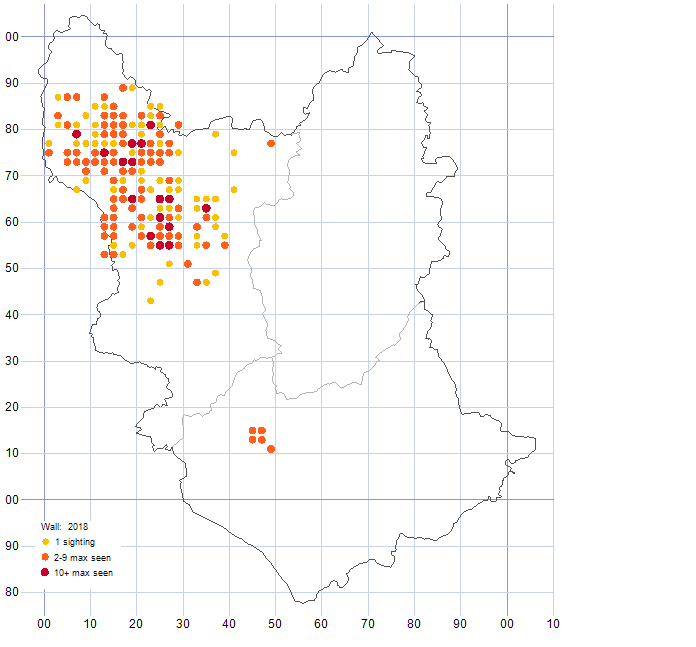 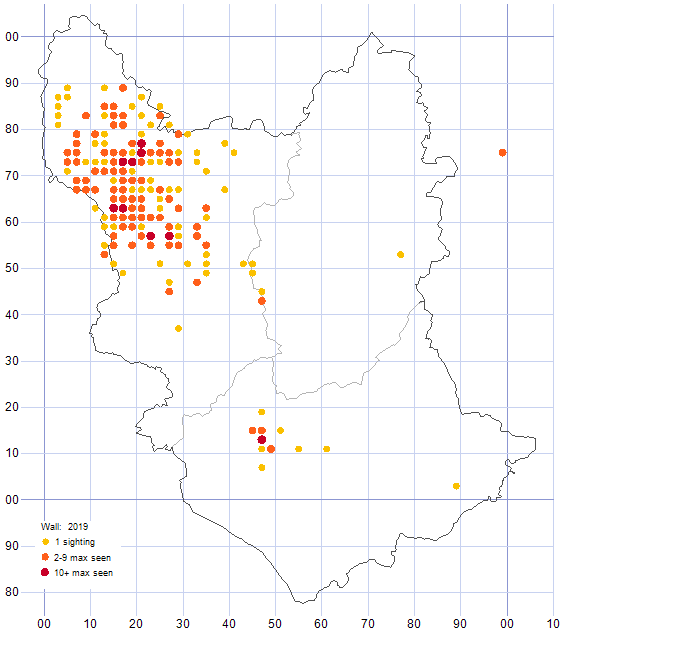 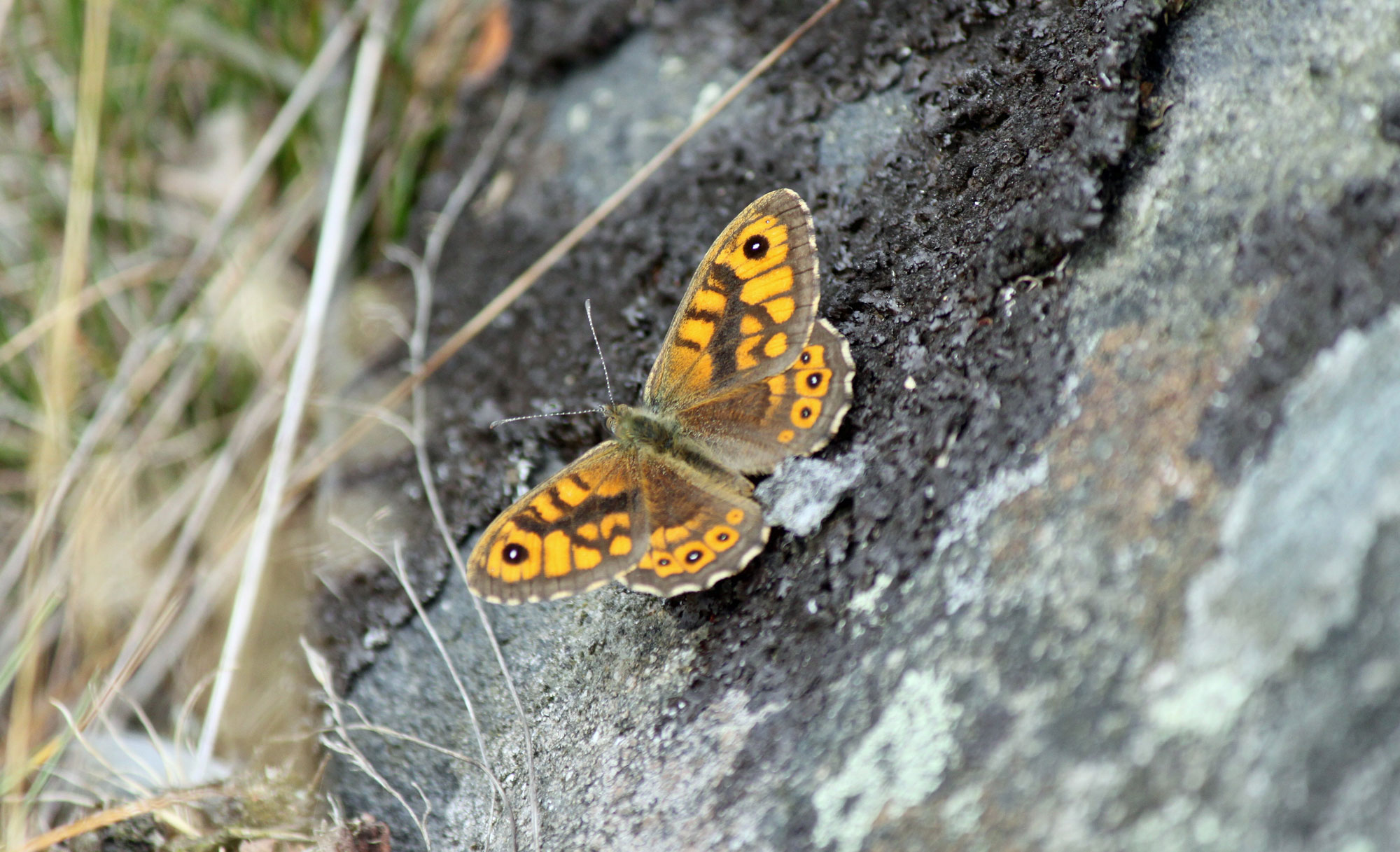 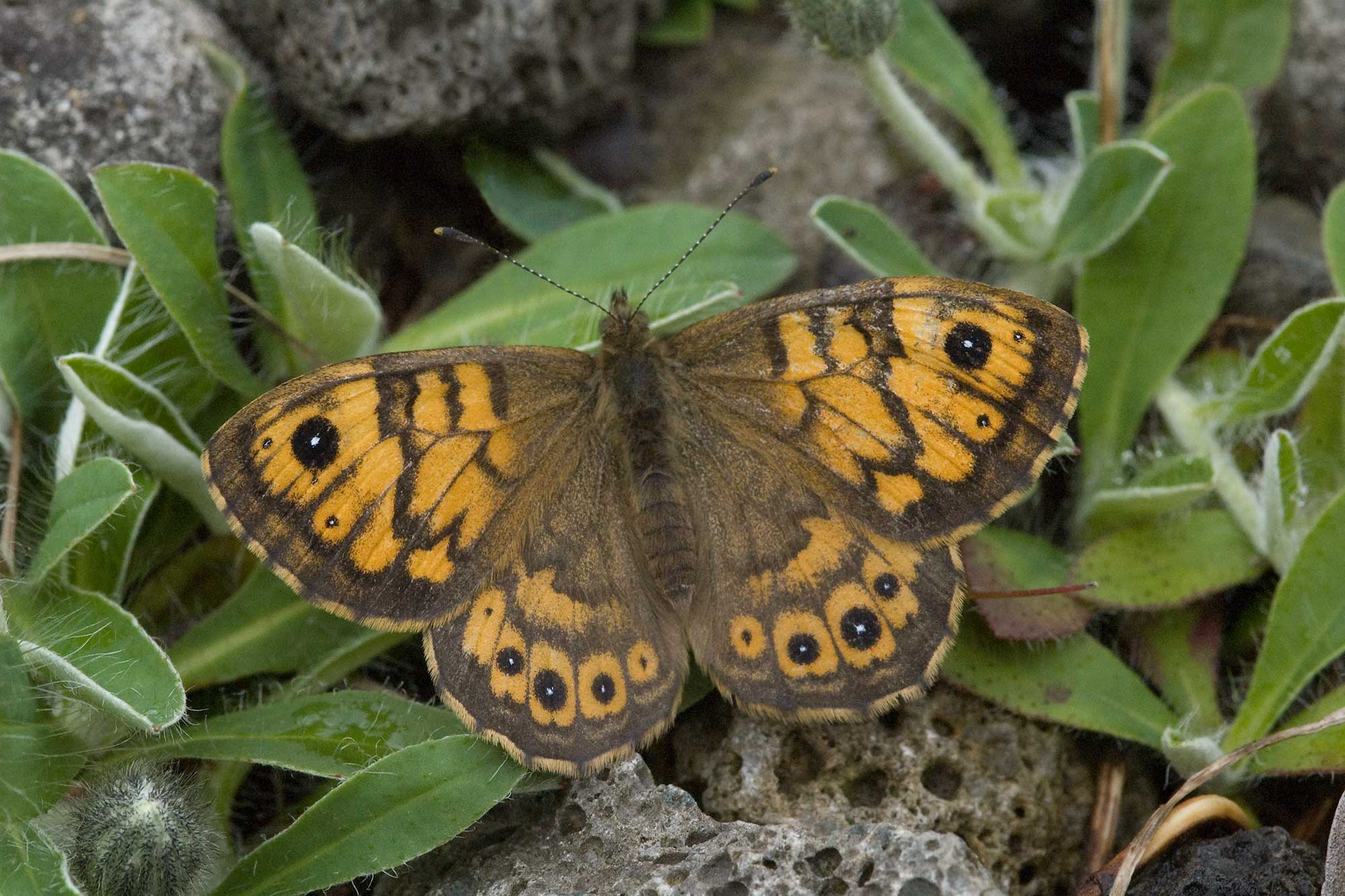 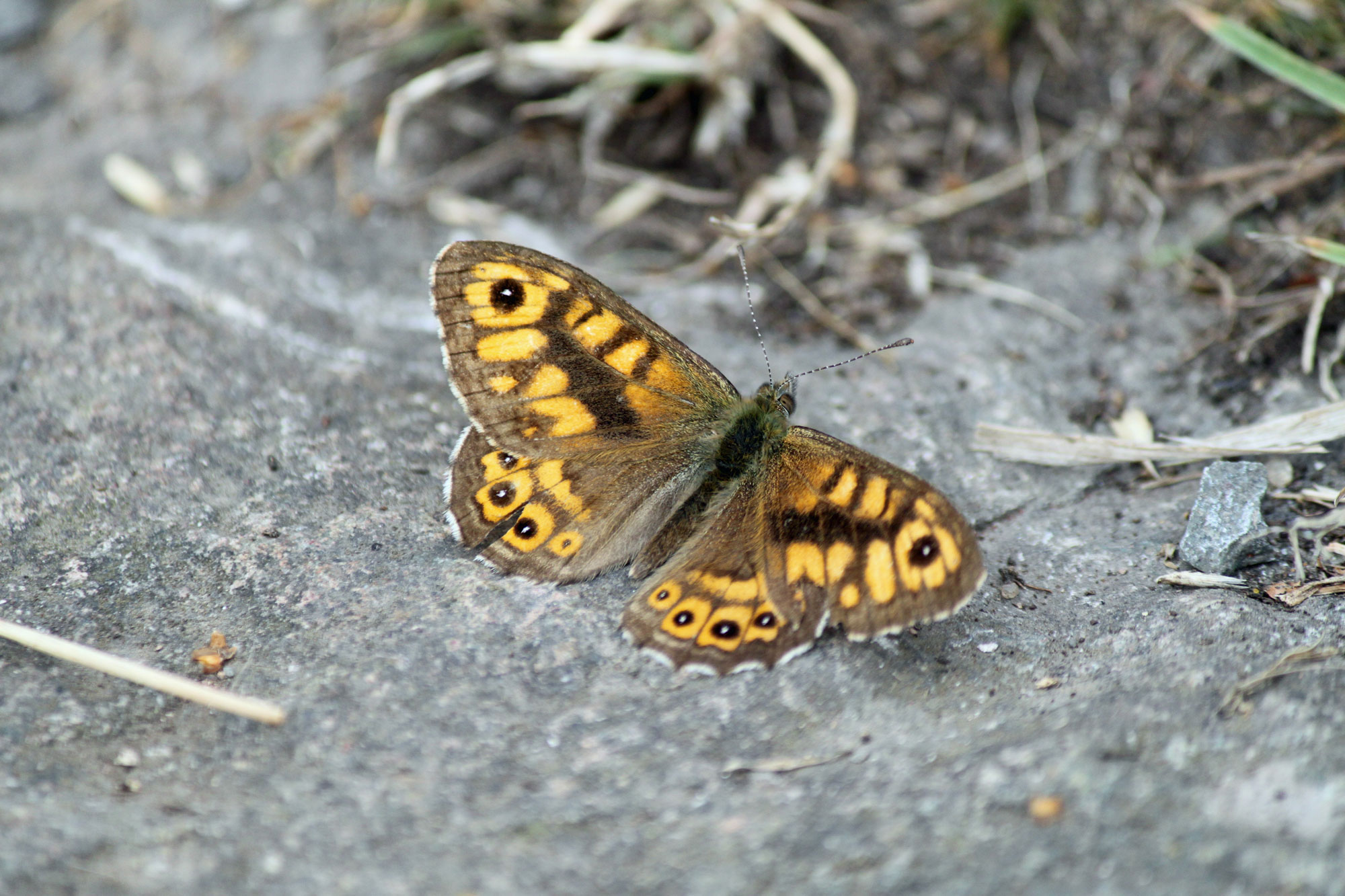 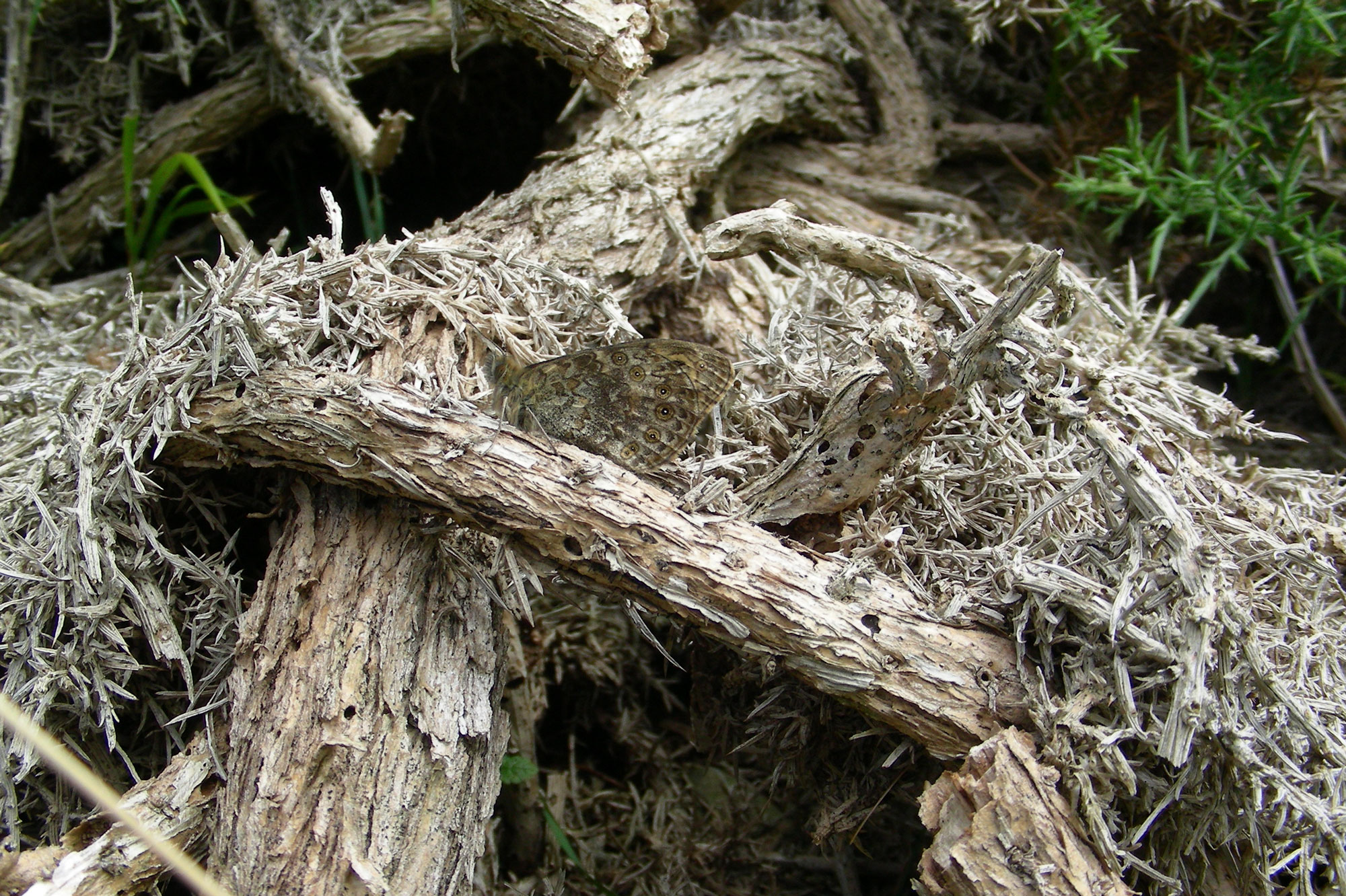