The White-letter Hairstreak is found in woodland edges and rides, and sheltered hedgerows. It depends on elm trees and was severely hit by Dutch Elm disease during the 1970's and 80's. Fortunately the caterpillars have been found to survive on new sucker re-growth as well as fully mature trees, and populations have now recovered in many places, although it is still cause for concern. Today it is fairly widespread and locally common throughout most of England, and its range has been extending northwards. Like the Purple Hairstreak it spends most of its time at high level feeding on honeydew, but will come down to nectar on flowers during early morning and late afternoon.

Both sexes are similar with a distinctive white 'W' on the dull brownish-grey underside of the hindwings. It may be confused with the Black Hairstreak, which has a brighter band of orange and a row of black spots along its inner edge.

The White-letter Hairstreak is single brooded and overwinter as eggs, with adults on the wing during July and August.

Eggs are laid on a variety of elm species. 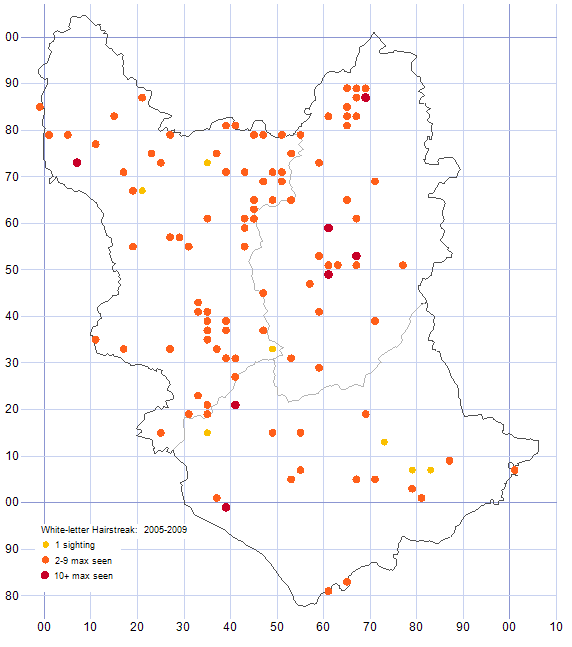 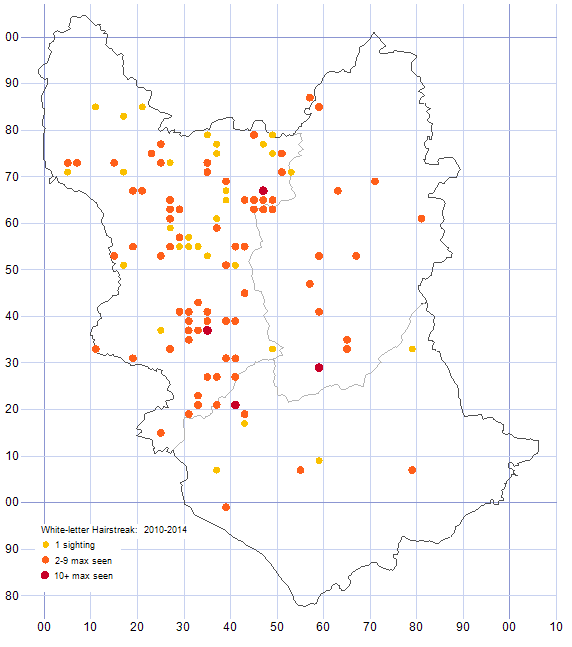 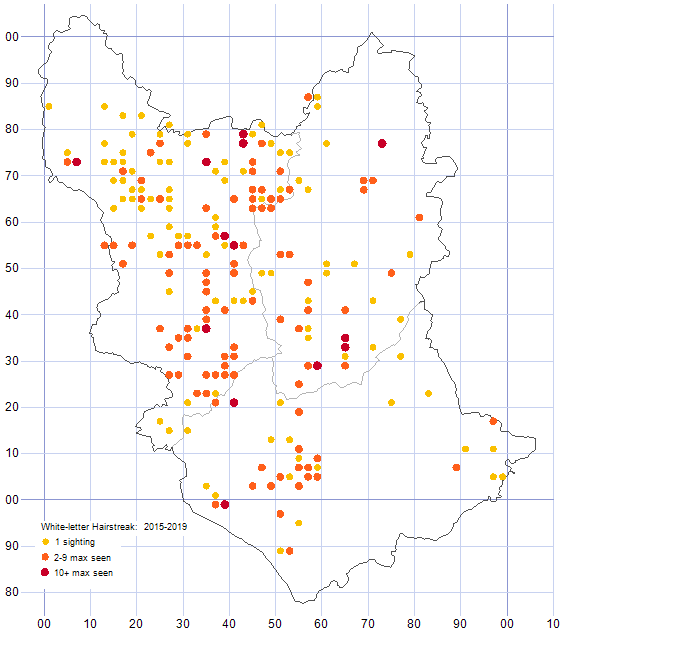 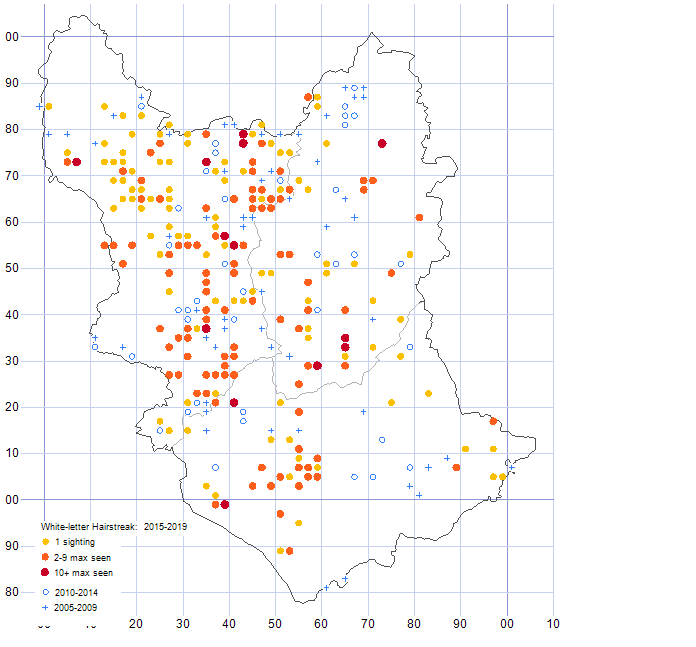 Some areas show losses, particularly in Nottinghamshire and the eastern half of Leicestershire. It will be interesting to note whether the planting of disease-resistant elms will see an increase in the future. 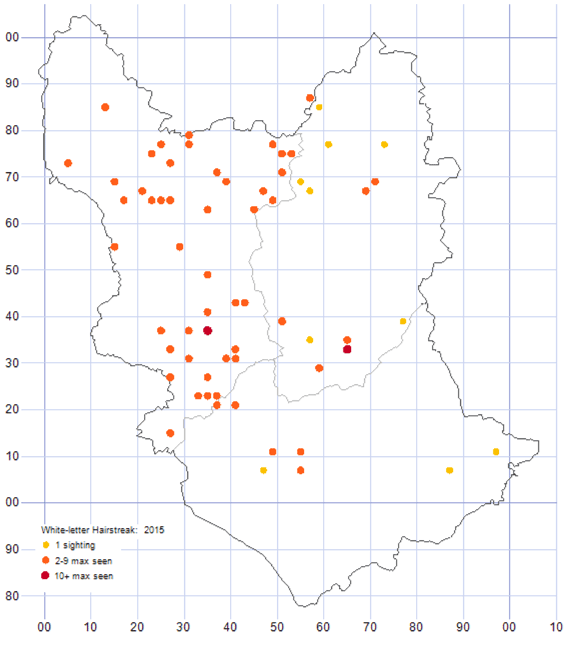 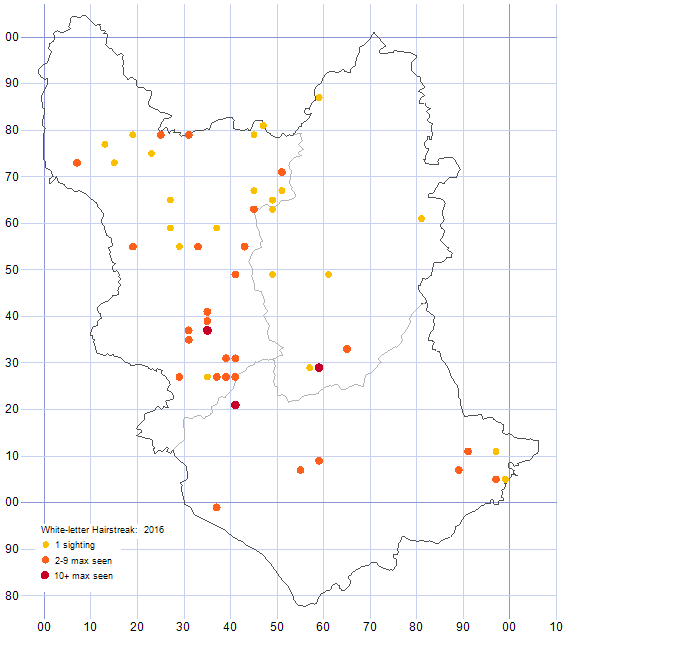 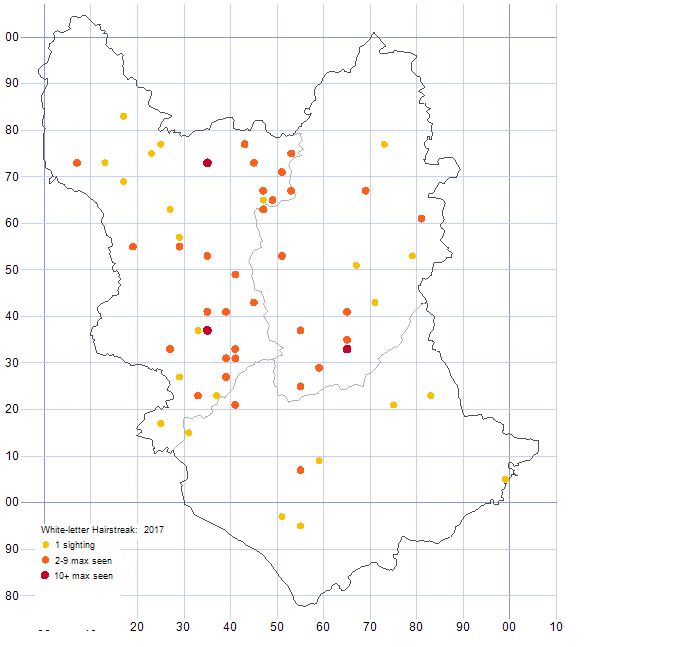 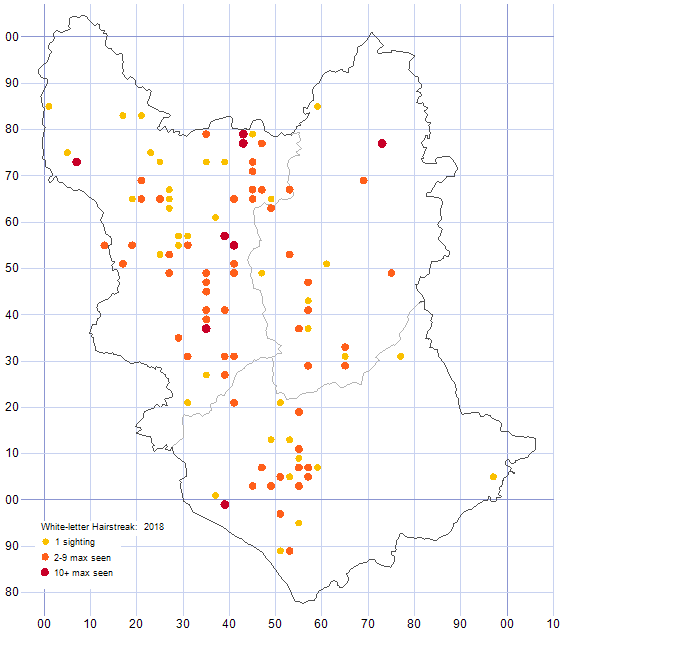 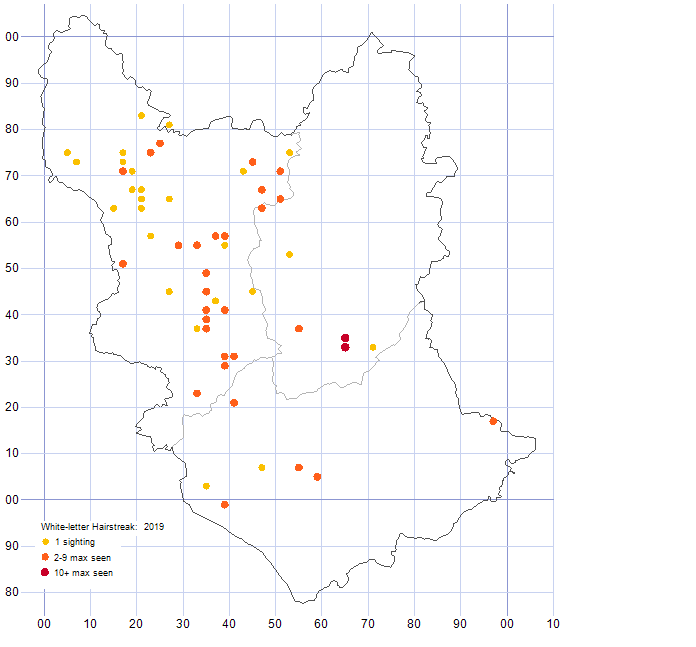 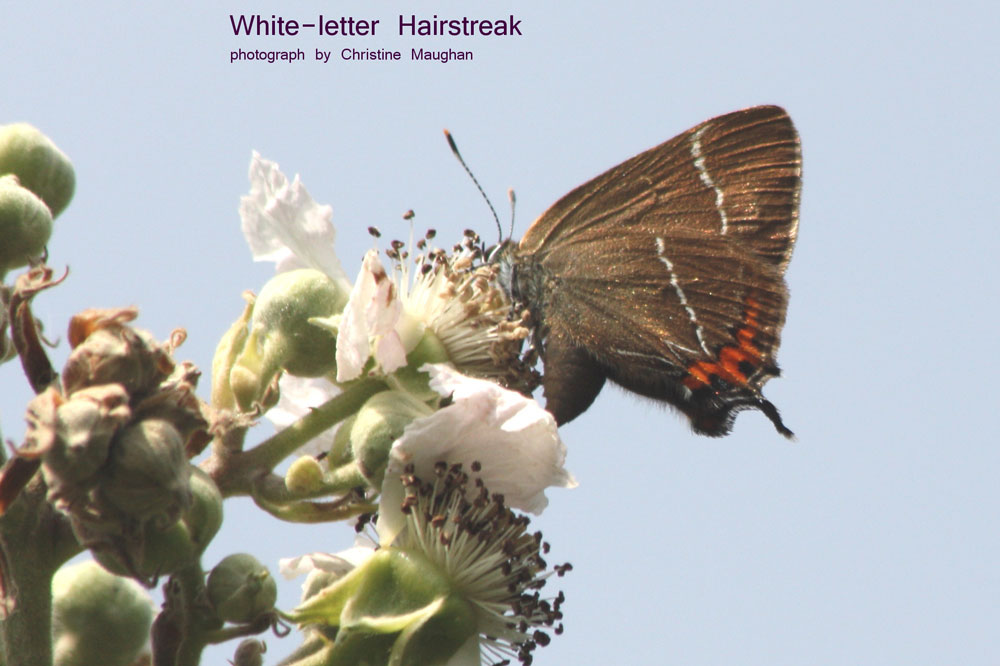 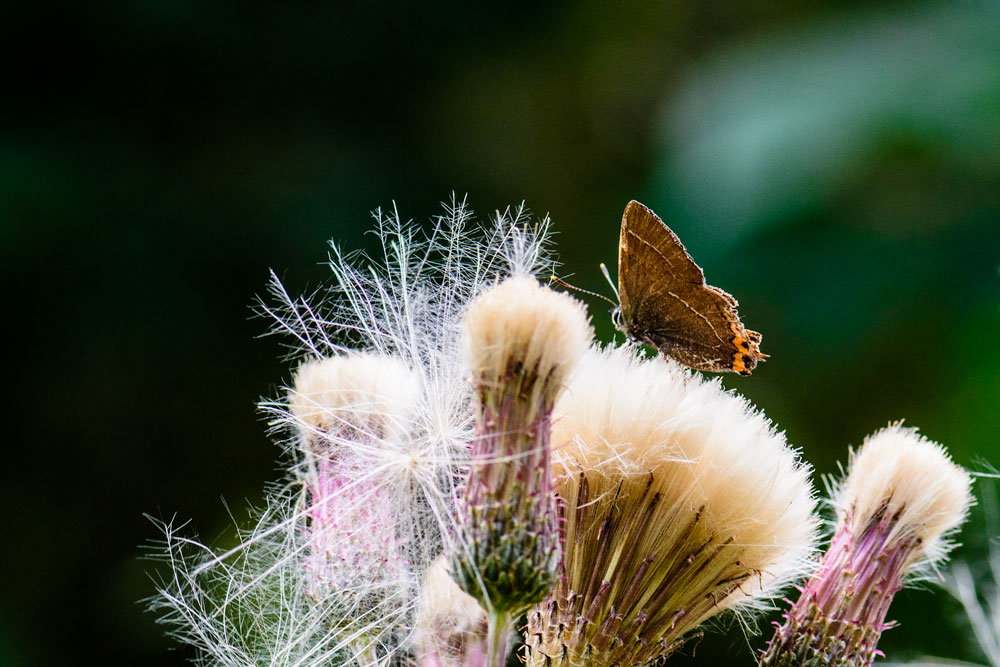 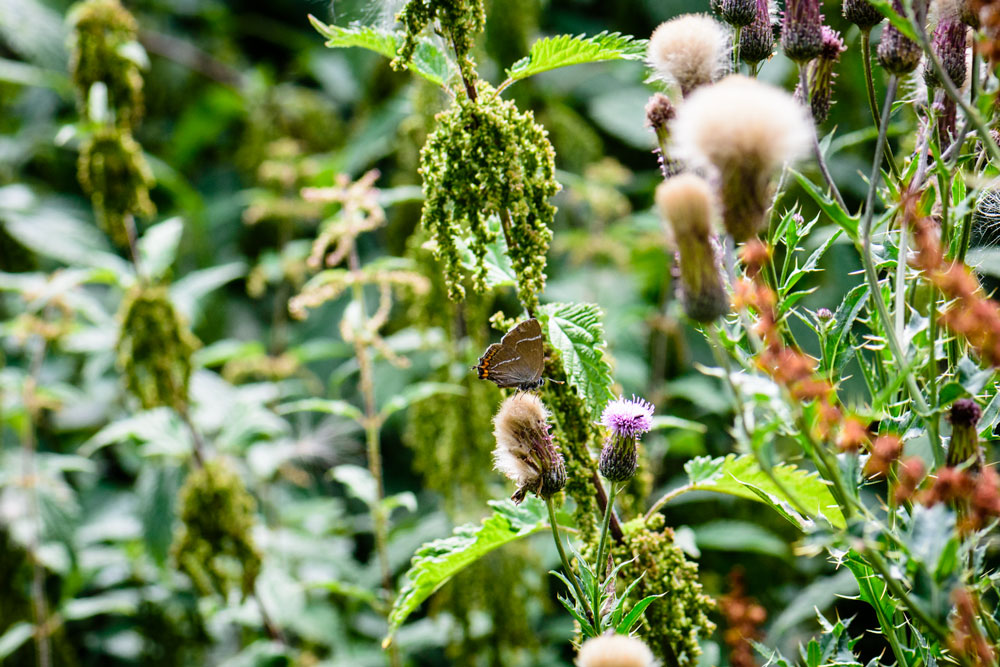 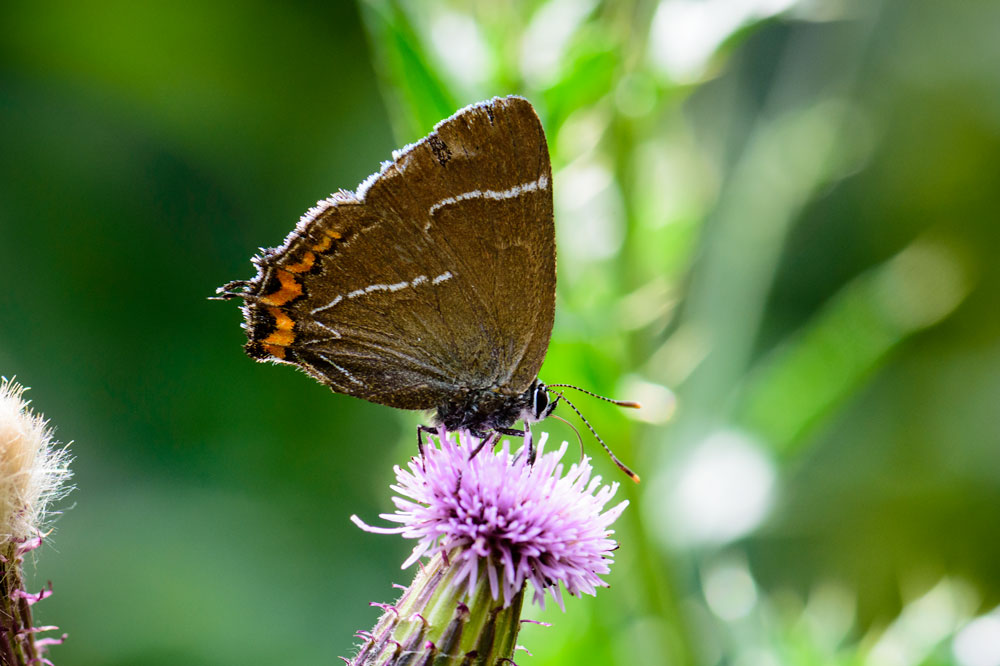 Old and overmature Green Hairstreak can loose much of their green colouration, leaving only a dull brown. This can cause confusiton with other small brown butterflies.