The White Admiral is found in sunny rides of broad-leaved woodland mainly in southern and eastern England, although its range has been expanding, and it may also be found in mixed conifer and deciduous plantations. Its distribution is localised and scattered throughout much of its range.

It is black with white bands across the upper wings, and has a powerful gliding flight which can be mistaken for a Purple Emperor, which is found in the same habitats (although not in the East Midlands Region). It spends most of its time in the tree canopy feeding on honeydew, but will come to ground level attracted by bramble blossom.

It is single-brooded, flying between mid-June and mid-August.

The sole foodplant is Honeysuckle. 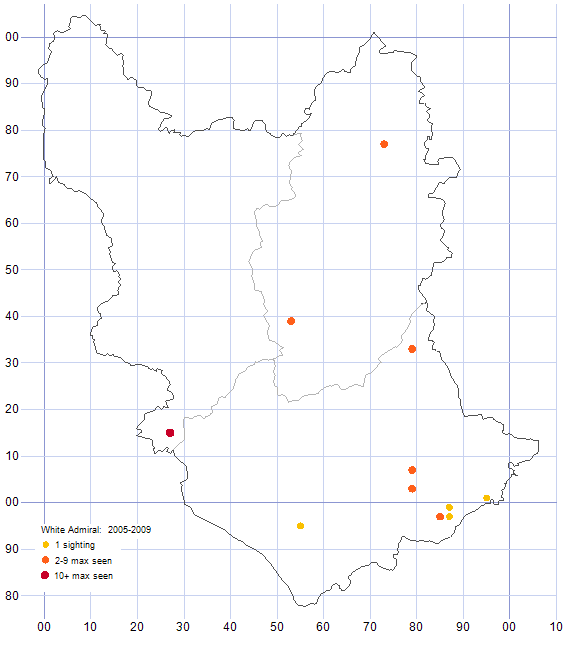 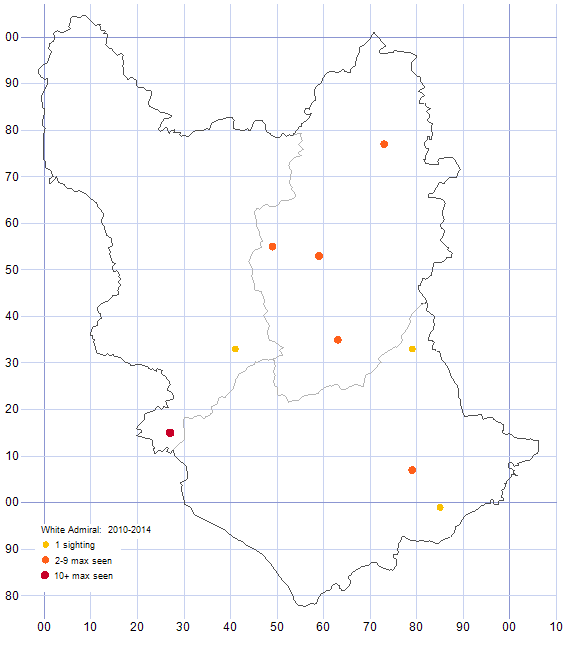 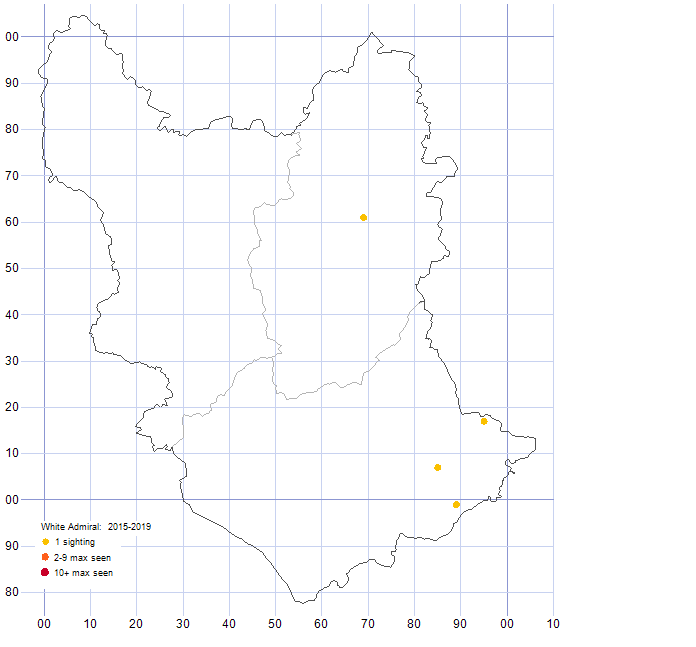 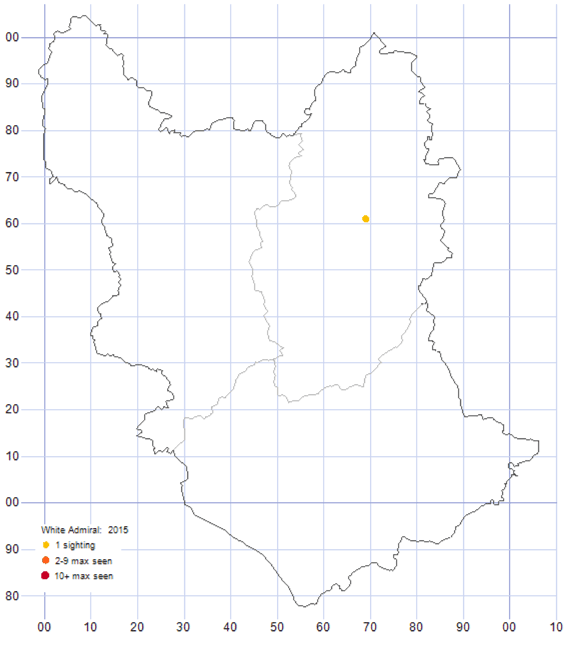 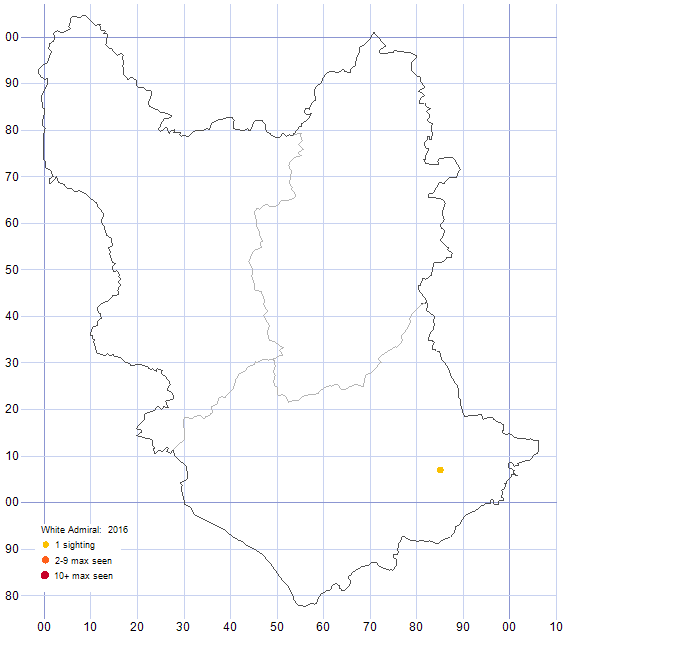 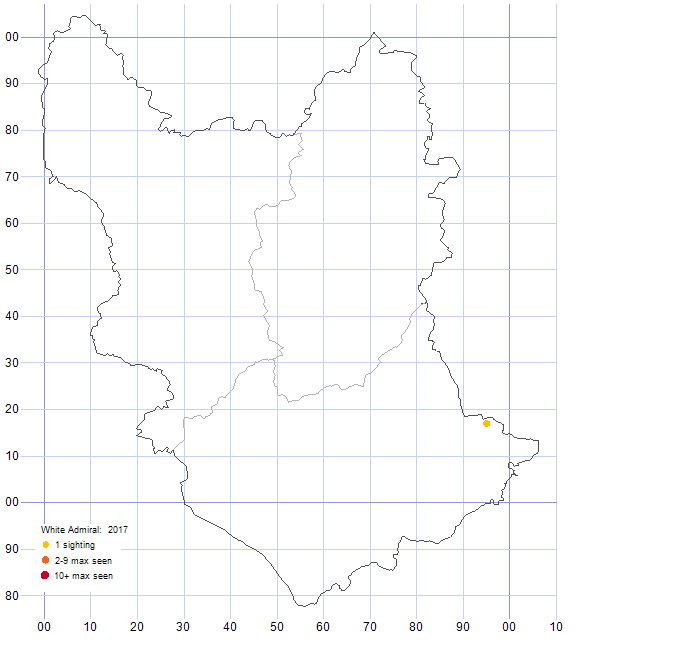 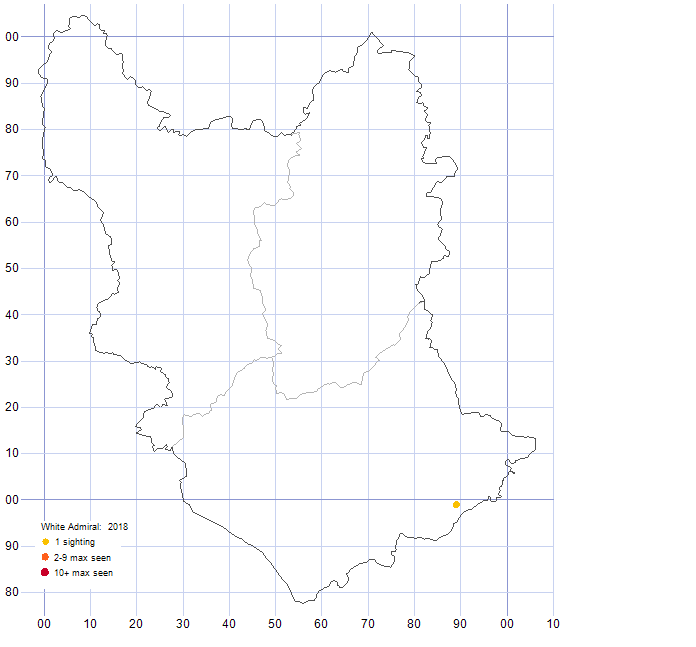 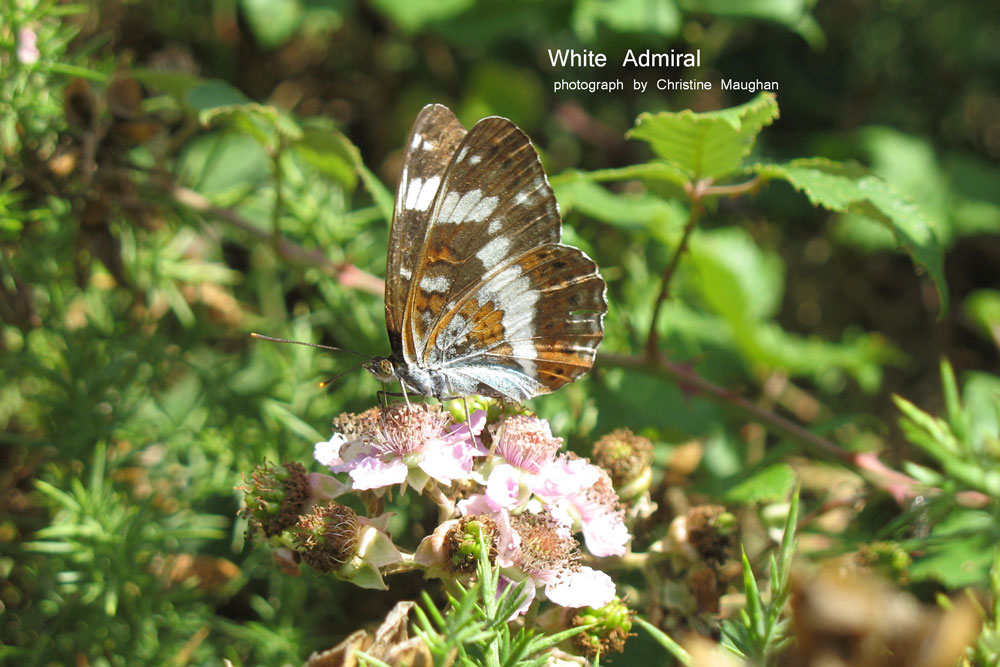 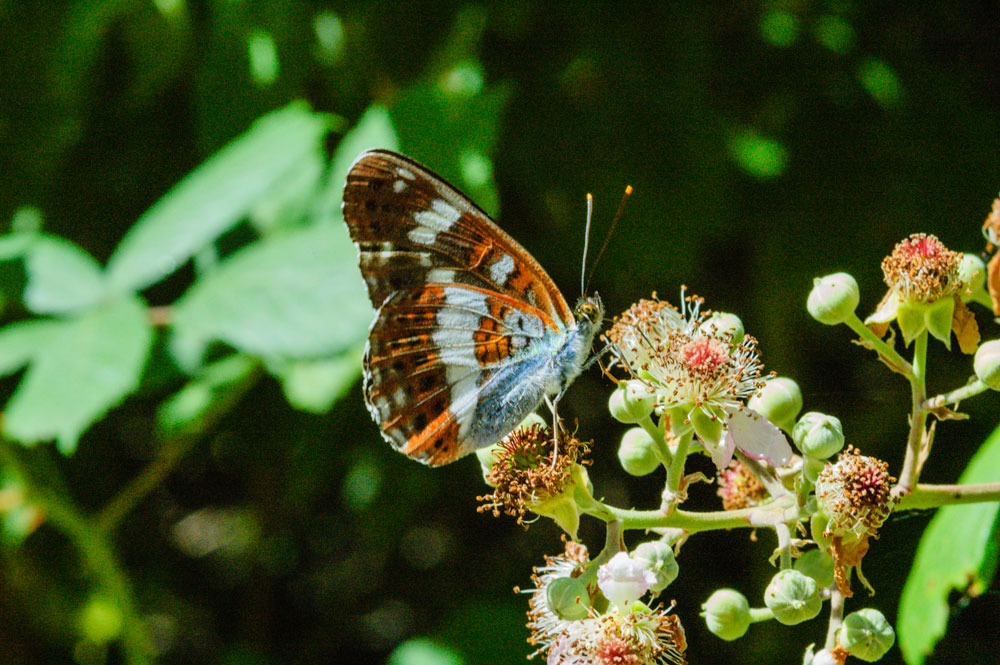 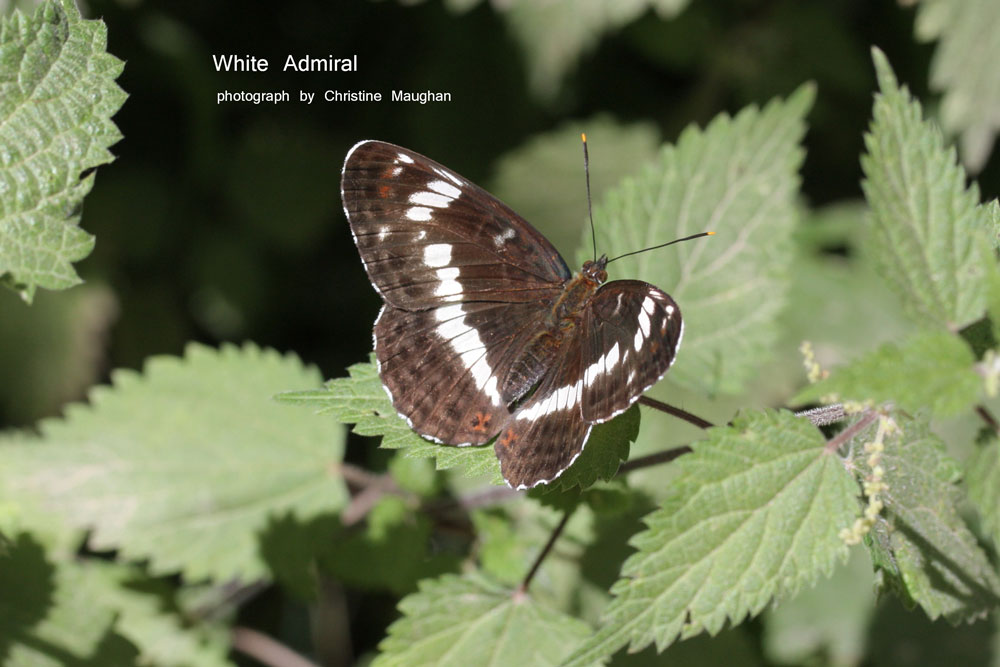